BACK TO ALL NEWS
Currently reading: MG plots return to affordable sports cars with Cyberster EV
UP NEXT
Lotus Emira vs Porsche 718 Cayman

MG is looking to significantly expand its product portfolio as the marque approaches its centenary in 2024, with the aim of attracting new buyers in new segments and continuing on its steep growth trajectory.

In the 16 years since being acquired by the Chinese state-owned SAIC, MG has established itself as a leading maker of value-oriented yet well-equipped and safe family cars, selling more than 52,000 across Europe in 2021 – far more than half of which were in the UK, its spiritual home.It plans to triple that figure in 2022 on its way to reaching one million sales across 100 global markets by 2024.

Crucial to this goal will be the introduction of new cars. The MG 5 SW EV estate and ZS EV crossover are already among the most popular electric cars in Europe, and MG will look to build on this success by appealing to younger drivers and enthusiasts with an all-new product line designated Cyber in reference to its five primary priorities: co-creating, young, beyond, evolution and recreation.

The initiative was first outlined last year with the unveiling of the Cyberster concept – an electric roadster that at once nodded to MG’s heritage as a British sports car manufacturer and previewed the technical capabilities and functionality of its future cars. 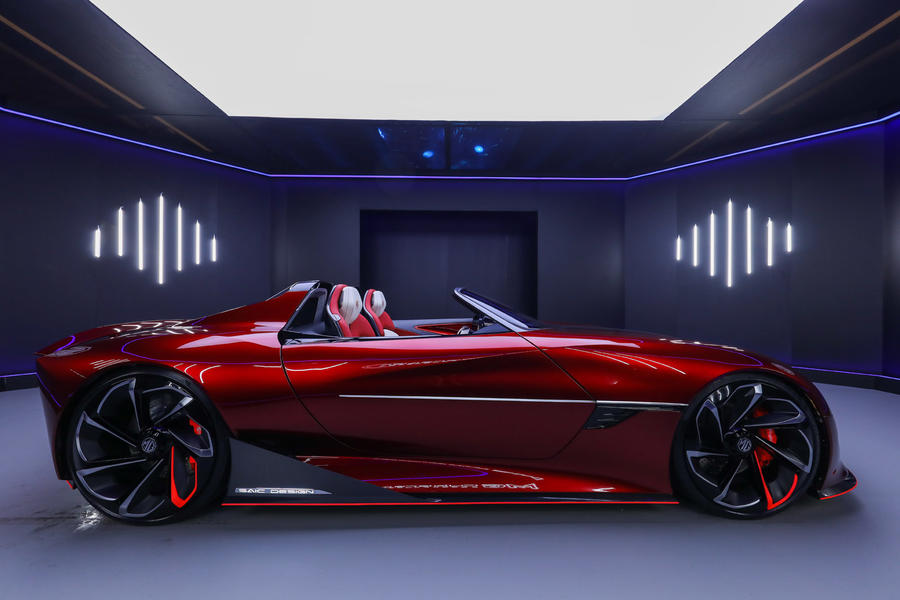 Cyberster production was approved after the Shanghai motor show as a result of a successful crowdfunding campaign in which more than 5000 prospective buyers signed up to MG’s interactive Cybercube platform, allowing them to inform development of the production car. It’s now set to be launched as part of MG’s centenary celebrations.

A brand spokesman said: “We are working on a surprise for you guys. Of course we know we were the affordable sports car brand in the past, and now we are the new electric vehicle brand, and we will surprise you. We will be in markets that nobody has been in before.”

Indeed, no mainstream brand has yet launched an affordable, convertible electric sports car.

While some of the concept’s more outlandish features will be lost, MG’s UK design boss, Carl Gotham, hinted that a toned-down version will make it to dealerships, calling it “a bold statement that looks strongly into MG’s future, touching on our heritage but more importantly building on our cutting-edge technology and advanced design”.

Beyond its design, the Cyberster indicates the shift in priorities for MG with its new range of EVs.

“Sports cars are the lifeblood of the MG DNA, and the Cyberster is a hugely exciting concept for us,” said Gotham, suggesting that now MG has established itself with mainstream cars, it can afford to explore other segments.

That said, the 2017 E-Motion sports coupé concept has yet to reach production, despite patents filed in 2020 revealing a seemingly road-ready design. 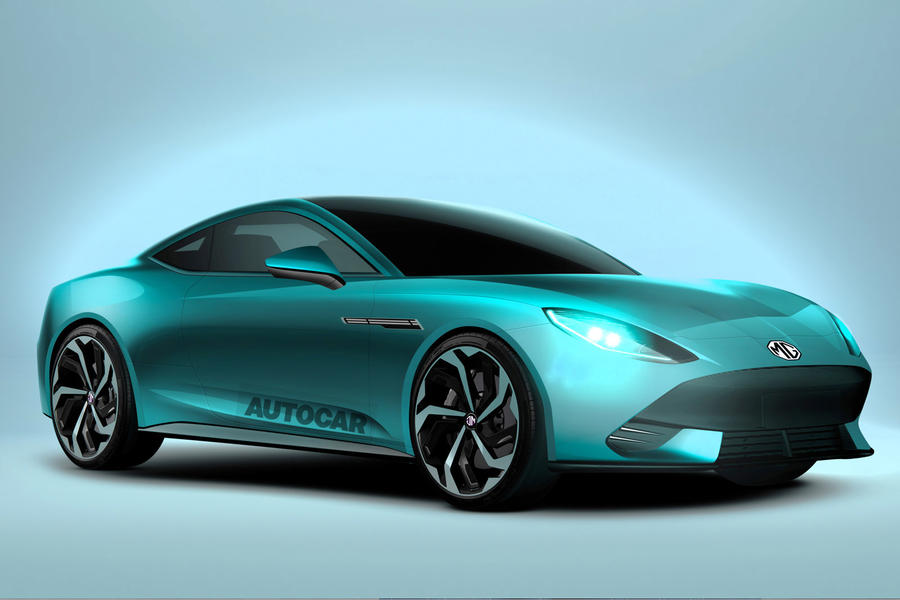 The Cyberster sits on an all-new platform built around 2017 E-Motion coupé concept is supposed to become production car a ‘cell-to-pack’ battery, which does away with the conventional module structure used by current EVs in the name of increased production efficiency and power density. It’s claimed to yield an 800km (497-mile) range.

A single motor, using the same efficiency-boosting ‘hairpin’ wiring technology as the ZS EV and presumably mounted at the rear, supplies a sub-3.0sec 0-62mph time.

Log in or register to post comments
MaxTorque 8 February 2022
As I have said previously, anyone who buys an MG or any other Chinese car is either completely oblivious to, or has no moral qualms about enriching and empowering a criminal, dictatorial Communist regime that oppresses and imprisons millions of its own minorities, persecutes the Christian population and uses military force to illegally invade and occupy islands in the West Philippine Sea and claim the whole sea for itself, not to mention the flagrant invasion and occupation of Tibet, east Turkistan, the Ladakh region, Manchuria etc. Oh and a small matter of a certain virus from Wuhan.

The CCP is exploiting the shortsighted western consumer who's only after making narrow personal gains ("what a great little bargain I've bagged here peeps") to bankroll their march to regional and world hegemony, and judging by MG sales in the UK they're doing that rather successfully.
People had better wake up to the impending nightmare scenario of a commie dictator calling all the shots and stop buying Chinese goods, especially big-ticket items like cars.
Besides, these chinese cars are frankly junk anyway so why they should ever be on the buyer's radar aside from price considerations is beyond anyone's guess. These SAIC-peddled MGs have NOTHING to do with ANY aspect of the original, British-owned MGs. It boggles my mind how obtuse people can get.

If the Chinese sold empty monocoque shells of MG-badged sports cars glued onto tandem bikes for a grand I bet you there'll people queuing up to buy them.

There are a few so-called "good men" on this site Max.  They are happy to get their cheap electronics, cheap light switches and, yes, cheap cars, but don't give a toss about the horrendous human rights atrocities carried out by the country that makes them.

They will, instead, criticise their own country and say that people in glass houses shouldn't throw stones.  They ignore the fact that we are not in a glass house anymore.  Our history may not be all that pretty, but to keep quoting things that have happened in the past is, frankly, pathetic. There really isn't anyone that can justifiably criticise Britain's human rights record now.   We are living now, and will be living in the future.  Should we do business with a country that is brutally oppressive to its own people and aggressive to its neighbours (Tibet, Taiwan anyone?), or should we learn from history and call out such abuses and not deal with such people?

I know which side of the argument I, and you and a few others on here sit on, and I am seriously worried about the moral compass of certain others on here.  Still, as long as they get their cheap white goods, eh?

The two key markets for the 'heritage' MG brand of roadster are the UK and the USA. The latter being the volume one today. There must be a market for an affordable sports car that can capture the simplicity, lightness and feeling of the MGA, MGB and maybe even the Midget.  It will primarily be  weekend car, a nice run to the pub, the local national park, the coast. Preferably down quiet country roads. It doesn't have to be quick or accelerate like a Porsche or even handle like one. It does have to be a thing of beauty though.

I suspect the engineering problem is range. In the UK a 150 mile range might be acceptable. It's enough to do the above. A battery to do so would be affordable and light(ish). In the USA, it might not be enough. That would mean a heavier battery, a beefed up chassis and a higher price.

To truly work as a formula, an MGE may require an aluminium battery. Lighter, more energy dense and cheaper (no lithium). The problem is we are not quite there yet for cars. Close, but no cigar. Maybe the development time of both will coincide. I hope they do. I'd buy one.

Glad that they are toning down the styling of the new sports car but still concerned that models recently announced in China are using a really ugly styling theme.

In other news, MG (who are doing very well down under) have just announced a 10% price increase in Australia - I suspect that the attraction of cheap Chinese cars will not last long.