BACK TO ALL NEWS
Currently reading: Lotus Exige Cup 430 is most extreme Exige yet
UP NEXT
Buy them before we do: second hand picks for 22 October

Lotus Exige Cup 430 is most extreme Exige yet

Lotus has revealed its most extreme Exige yet, the Exige Cup 430, offering an extra 55bhp over the limited-production Exige Cup 380 unveiled in April this year. 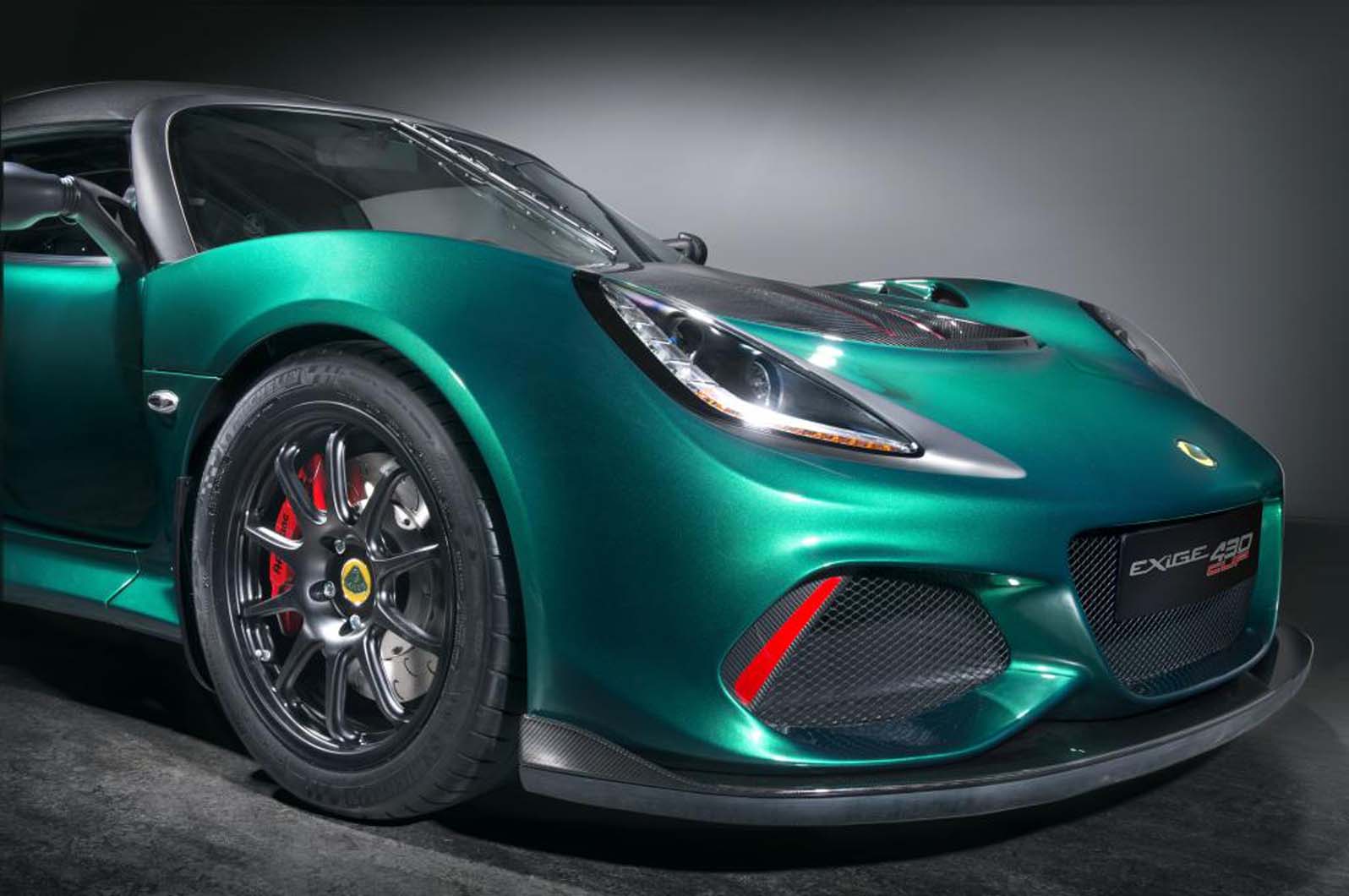 The Exige Cup 430 weighs just 1056kg in its lightest configuration, which is near-identical to the Cup 380. However, thanks to the extra power, the power-to-weight ratio is improved from 350bhp per tonne in the Cup 380 to 407bhp per tonne in this new model. Downforce is 220kg.

New aerodynamic features include an ultra-lightweight front clam panel with carbonfibre ducts and wider radiator apertures, plus a new mesh pattern grille to allow for a new front splitter and air curtain to reduce drag. 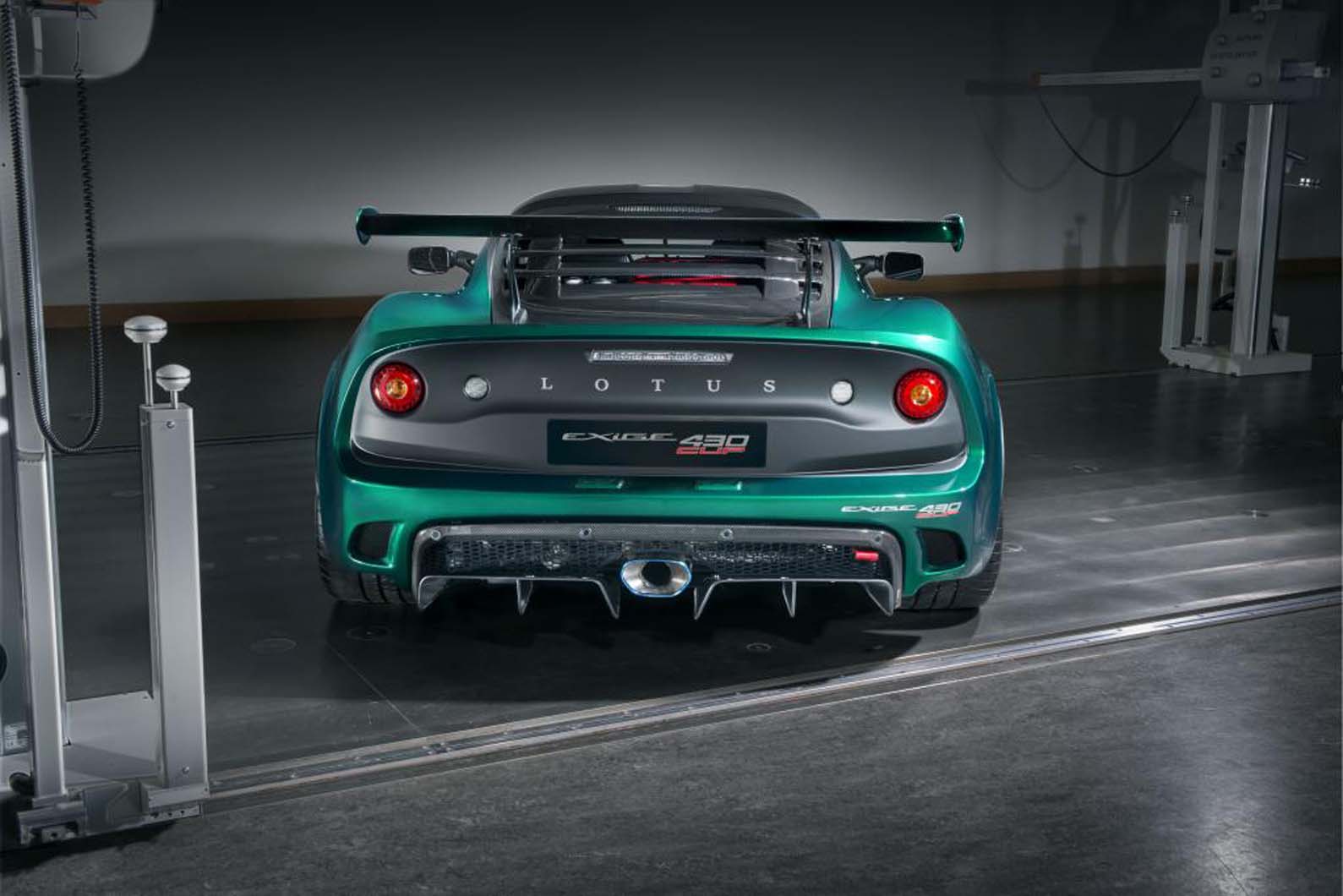 The new front and rear clam panels are 6.8kg lighter than those on any other Exige.

The Cup 430 is fitted with forged, four-position AP Racing brake calipers and new performance two-piece J-hook brake discs that are claimed to "give improved bite and deliver consistent pedal feel and stopping power lap after lap".

The Cup 430 also gets a steel roll-over bar, a new seatbelt anchorage frame and a front towing eye as standard. Options include a dealer-fit FIA-compliant roll cage, electric cut-off and fire extinguisher controls and a non-airbag steering wheel.

Lotus boss Jean-Marc Gales said: “This is the car that we have always wanted to build, and I am sure that all Lotus enthusiasts will be delighted with the end product.

“As well as a significant power hike, the Cup 430 has benefited from extensive development in areas essential to Lotus’ DNA, in order to ensure that the full potential of the Exige’s incredible chassis can be exploited. This car has no rivals – inside or outside of its price bracket - and it’s no exaggeration when we say that nothing can keep up with this Exige on the road or track.”

Lotus says the Exige Cup 430 has lapped its Hethel circuit in 1 minute 24.8 seconds, the fastest time yet for a production car and 1.2sec faster than the Lotus 3-Eleven Road.

probably quite happy! it's not as if their car will suddeny feel terrible to drive, slow, or develop a depreciation problem. Also, should they actually be lotus fans/fanatics, they'd probably feel quite glad about the fact that things look to be turning around in a proper permenant sense and the future looks to actually contain good things. It's only 5 years since Bahar left - remember what it was like then?

how would a loyal lotus buyer feel now

this .... really hammer the little guys

never again ....bye no matter how good your product is

Deeeelicious. A lot of dosh...but God I wish I had 100k. Now please make the Evora better looking by sticking this front end on it. It’s only glued on isn’t it ?

There must be more limited, special edition Lotuses than their are mainstream ones. Time for a rethink methinks.