BACK TO ALL NEWS
Currently reading: Lancia 037: WRC legend reborn as 500bhp Kimera Evo37
UP NEXT
Lamborghini confirms LMDh entry for 2024

Italian motorsport outfit Kimera Automobili is at Goodwood Festival of Speed, showing a significantly modernised and heavily uprated take on one of the most successful rally cars of all time: the Lancia 037.

The road-legal Evo37 is based on Lancia's fearsome mid-engined World Rally Championship (WRC) contender, which is remembered for being the final rear-driven car to win the top-flight series.

Kimera refers to the Evo37 as "a tribute to those legendary cars of the 1980s protagonists of the WRC".

The project was completed with contributions from suppliers and engineers who also worked on Lancia's original racer, including engineers Sergio Limone and Vittorio Roberti and two-time WRC champion Miki Biasion.

Like the 037, the Evo37 is based around the central chassis section of a Lancia Beta Montecarlo, with new tubular frame sections added at the front and rear.

The chassis has been completely overhauled with new adjustable shocks from Öhlins, modern Brembo performance brakes and Pirelli sport tyres.

Kimera has yet to confirm the final kerb weight of the recreation but claims a power-to-weight ratio of 1hp/2kg, suggesting it tips the scales at around a tonne.

The dynamic enhancements come alongside upgrades to the mechanicals that take total power to around double that of the original road-going 037.

The engine is based on the standard-specification block but with a package of modifications carried out under the supervision of Claudio Lombardi, the famed Italian engineer who oversaw Lancia's motorsport powertrain programme in the 1980s. 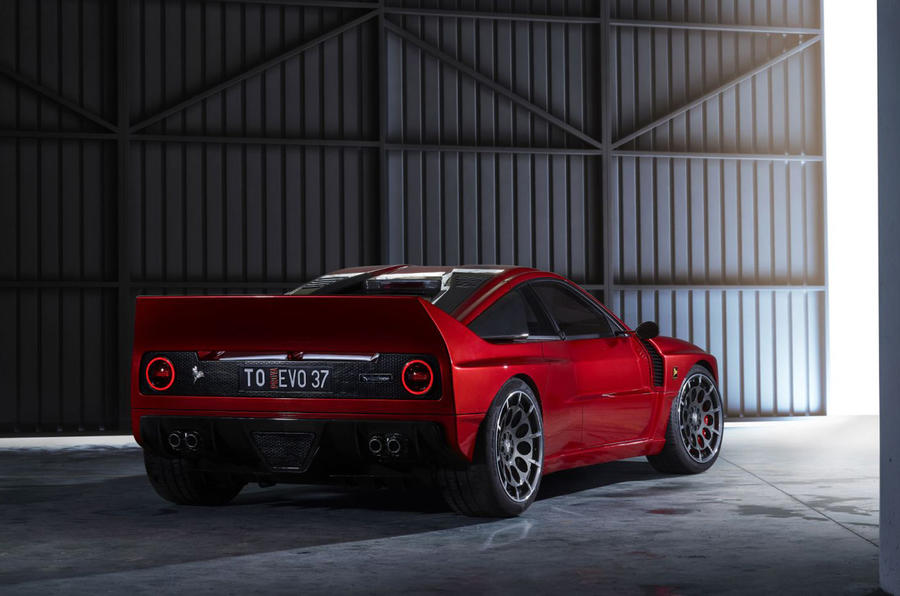 Kimera claims outputs of 498bhp and 406lb ft from the turbocharged four-cylinder unit, which - while performance figures have yet to be detailed - should be enough to get the Evo37 from 0-62mph in around 4.0sec and to a top speed in the high hundreds.

The overall design remains largely true to that of the original, but visual tweaks include a new set of rally-style wheels and a subtly updated design for the distinctive quad headlights - now LED-equipped.

The bonnet and rear deck have been redesigned, too, while the overhangs at each end have been slightly shortened.

Inside, exposed carbonfibre and Alcantara upholstery set the Evo37 out from the 1980s original, but nods to its rallying heritage include a hydraulic handbrake, an analogue instrument cluster and four-point racing harnesses.

Kimera will build 37 examples of the restomod car, with prices starting at £414,000 and 11 examples sold already before customer deliveries begin in September.

In pictures: Lancia's illustrious past​

Wow, that affects me in the loins. Glorious.

It's just so beautiful, including those alloys.