BACK TO ALL NEWS
Currently reading: Jaguar F-Pace, XF and XE ranges updated with new Ingenium engines
UP NEXT
Fisker goes radical with Pear EV SUV

The Jaguar F-Pace, Jaguar XF and Jaguar XE ranges have been updated for 2017 with new engines, driver assist technology and infotainment.

Three new Ingenium powertrains have been added to the mix. The first is a turbocharged 2.0-litre four-cylinder petrol (pictured below) that produces 197bhp, and the second is a more potent version that produces 247bhp. The units make use of continuously variable valve lift technology to boost performance and efficiency.

The petrol engines are joined by a new turbocharged 2.0-litre diesel that produces 237bhp and 369lb ft of torque. It offers up to 54.4mpg and emits 137g/km when used in the XE. 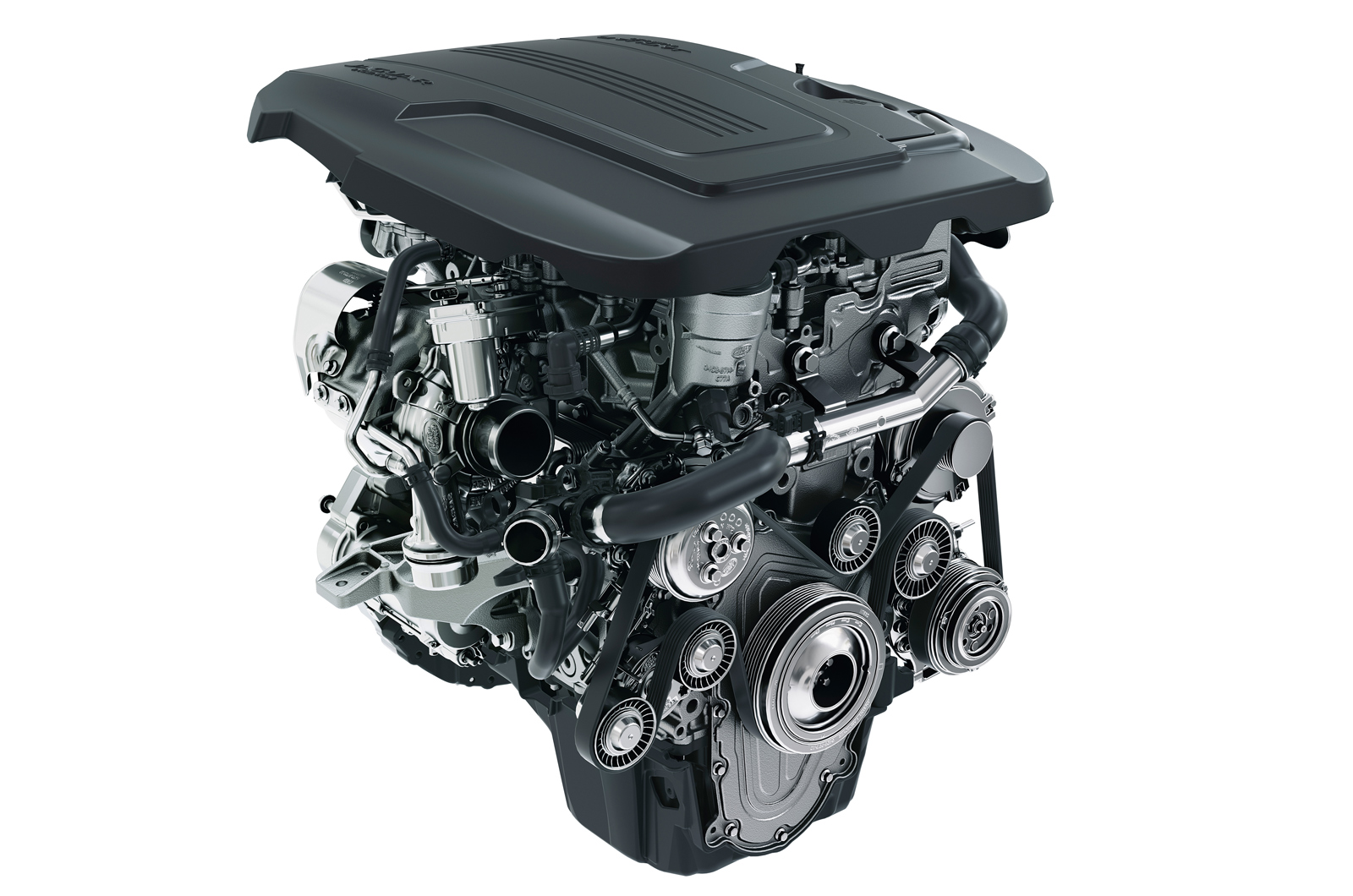 Both the XE and XF gain all three units, while the F-Pace gets the diesel and more potent petrol. All existing engines, which include turbocharged 3.0-litre petrols and diesels, are retained for each model, as is the option of all-wheel drive.

Along with the new units, the existing 3.0-litre six-cylinder engine of the XE range topper, the XE S, receives a power boost of 39bhp to bring its maximum output to 375bhp.

The 2017 XE and XF ranges can now get Jaguar’s Configurable Dynamics system, which enables drivers to adjust engine, gearbox and steering responses through Normal or Dynamic modes, seperately to Adaptive Dynamics. Previously, the drive modes were only available when the adjustable suspension technology was added. 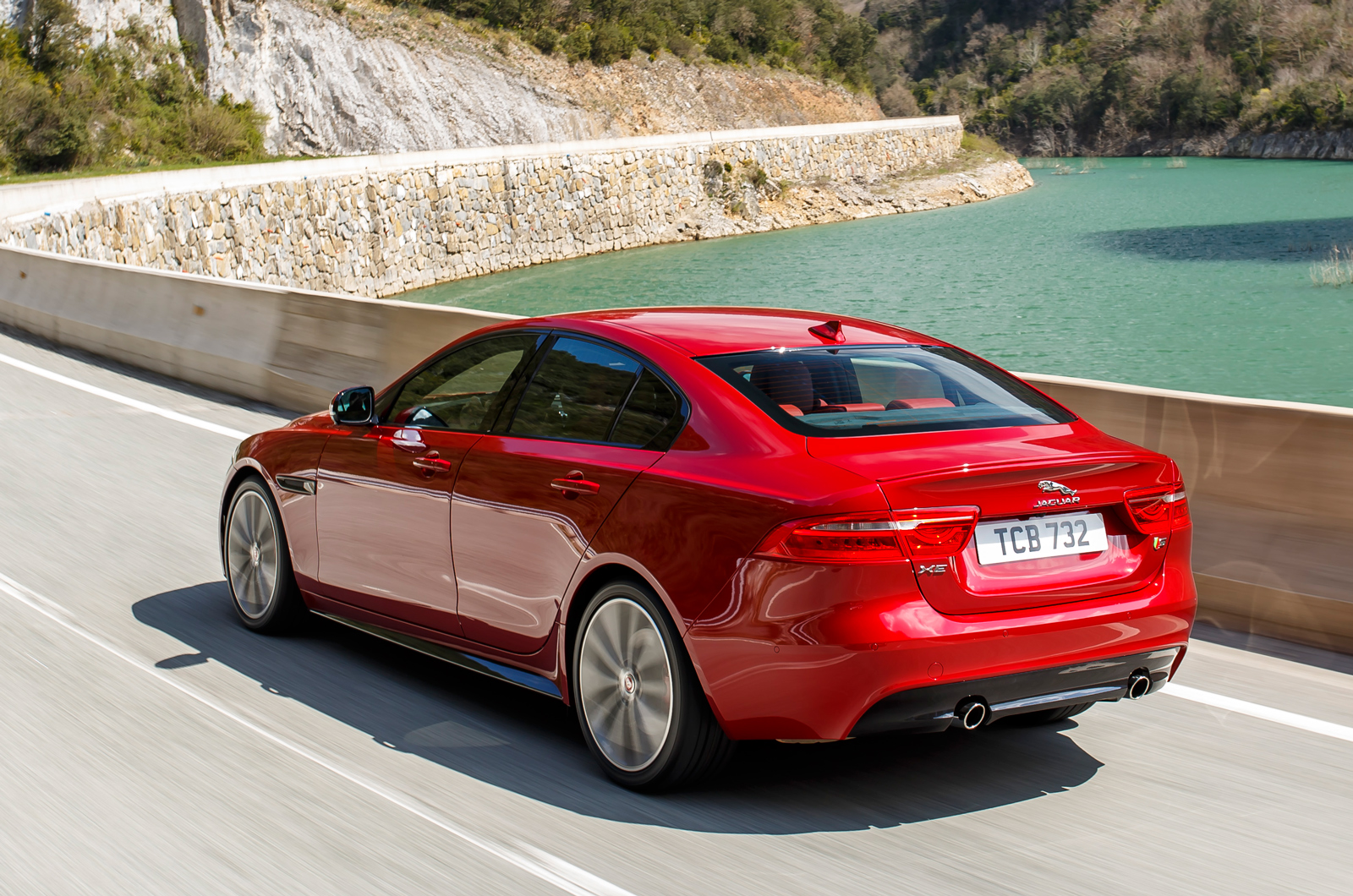 All three cars get new dual-view technology that can display different displays to the driver and front passenger in the same 10in infotainment screen. There’s also now forward traffic detection technology and forward vehicle guidance with a surround camera system, which displays surroundings on the screen to aid navigating through tight areas.

The models also get fuel payment technology that works at Shell garages to allow owners to pay for fuel via their infotainment.

Rock solid Jaguars.....Lol. Audi build the best quality interiors out there, and have done for years.
Lanehogger 18 February 2017

XE not the car I expected it to be

Well, I can say after all the hype, praise and love lauded on the XE by some of the press (especially Autocar) I can say that after nearly a year having one, it's certainly not the car I expected it to be. The XE handles marginally better than the F30 3 Series I had before it, and it rides a lot better, and is slightly more refined, but that's about it. In other areas the BMW is better and as an overall package the 3 Series was better IMO. As for the interior, design wise the XE is much more stylish and desirable for which photos do little justice, but the material quality is very poor, more so when the XE is from a premium brand - my neighbours VW Up has a better quality interior. And it's not help by some of the trim working its way loose on my XE too...in addition to other quality issues I've had with the car too. But somehow when you sit inside, and look at its exterior, and just the way all that all makes you feel, it's something I rarely got from the BMW. May be there is something to be said about how a car makes you feel rather than whether it's actually any good or not!
hare1964 15 February 2017

Moved over from Audi TT to the XE v6 after both the TT's windows seized due to corrosion of the steel cables. No stainless? How cheap is that. XE everything I'd hoped it would be. There's some bull shit comments out there regarding the Jag interior. I'm puzzled by the credit Audi get for their dull verkmanlike VW interiors so prefer the rock solid jags.
supermanuel 16 February 2017

hare1964 wrote:
XE everything I'd hoped it would be. There's some bull shit comments out there regarding the Jag interior. I'm puzzled by the credit Audi get for their dull verkmanlike VW interiors so prefer the rock solid jags.

bull shit comments? Opinions hare, nothing more. I love Jaguar as a brand but I hate the pi55 poor interiors they are putting out at the moment. And, for the record, I think Audi interiors are boring too. Is that a bull shit comment or is that one allowed because you agree with it?
scrap 19 February 2017

Do you own an XE? Have you

Do you own an XE? Have you driven one? If not, feel free to have an opinion but also the good grace to cede to those with more experience. Personally I don't care about perceived quality and value driving position, ergonomics and durability higher. I just hope JLR's quality is not slipping as volume goes up.
View all comments (9)