Honda has called on the UK government to reduce its singular focus on electric cars and recognise the “important role” played by the latest hybrid models.

In a sponsored post on the Conservative Home blog - presumably targeted with the hope of it being read by government figures - Honda Europe’s senior Vice President, Ian Howells, said a “multi-pathway approach” is needed to ensure the UK can progress to becoming carbon neutral by 2050.

Howells calls for an approach “in which a broad range of technologies are used to deliver CO2 reductions quickly and effectively, while ensuring that personal mobility remains affordable and accessible to all. This is vital to the Government’s levelling up agenda and underpinning the fundamental principle of personal choice”.

He also states that Honda’s intention to also achieve carbon neutrality globally will see a mixture of battery electric models, hybrids and “in time” hydrogen and decarbonised liquid fuels to ensure options are available across a broad spectrum of the market. 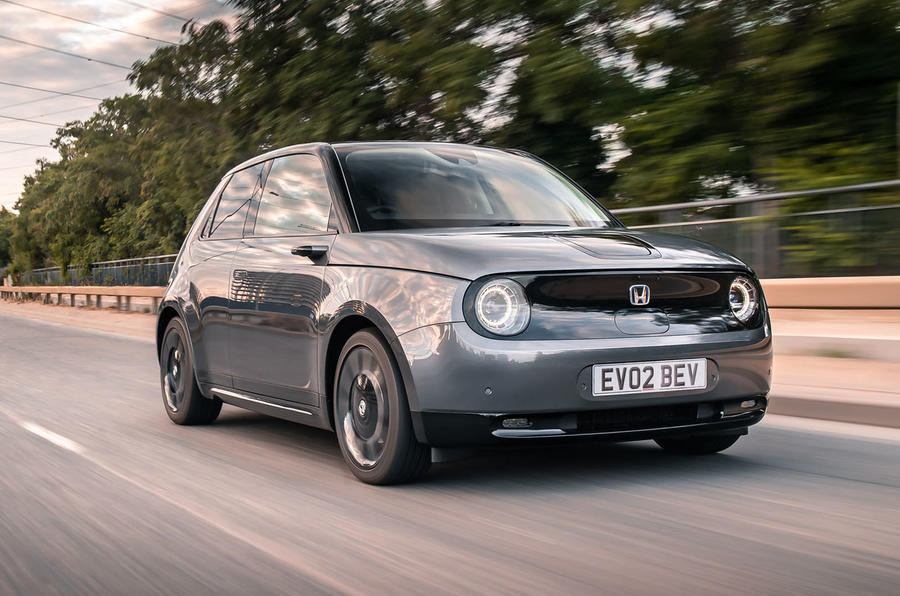 While acknowledging pure EVs will play a “significant role” in this approach with significant benefits to consumers, Howells claims they “are not a silver bullet”.

“Challenges around affordability, infrastructure and technology limitations mean that the government cannot rely solely on electric vehicles to completely replace internal combustion engines by 2035, if it does not also intend to restrict consumer choice.

“An approach that relies only on expensive electric cars risks turning driving into a privilege only afforded to the wealthy, while pricing those who most need it out of personal mobility”.

Howells cites the UK’s Advanced Propulsion Centre, which predicts that cost parity between EVs and petrol cars will not be reached by 2035 - with larger models and SUVs taking far longer. Further claims by the senior Honda executive include a charging infrastructure that is “unevenly spread across the country” causing inequalities in less well served areas such as the Midlands and the North, and limited off-street parking.

Howells even claims that there are “not enough raw materials for a full shift to battery electric cars” citing limits on global cobalt supply. He also states that lithium-ion battery tech is “reaching the limits of power and performance” because simply installing larger batteries incurs weight and cost penalties.

Honda has recently launched its first electric series production car, the E, which has a relatively modest claimed EV range of 125 miles. However, the firm also has the also-new (and more affordable) Jazz, which has moved to hybrid-only propulsion and is said to emit 30% less CO2 than its non-hybrid predecessor. Howells claims that “there remains scope for significant ongoing emission reductions” as hybrid tech evolves further.

Howells also cites the development of decarbonised liquid fuels, produced from renewable energy sources, as one which could reduce the CO2 produced by hybrids significantly in future.

Is the ICE ban the will of the people?

“in time” hydrogen and

“in time” hydrogen and decarbonised liquid fuelsToo inefficient, no scientific pathway available right now to fixing this.On top of that, CO2 isn't the only 'polutant'. There is more and worse in liquid fuels.

charging infrastructure that is “unevenly spread across the country” This is easy, electricity is everywhere. Hydrogen infrastructure is a migraine at best.

“not enough raw materials for a full shift to battery electric cars” citing limits on global cobalt supplyCobalt-free batteries are in use in vehicles today. Tesla unveiled a cobalt-free roadmap too.So this is a blatant lie!

lithium-ion battery tech is “reaching the limits of power and performance” Another blatant lie! Did they even watch Tesla's battery day unveiling or just in denial?

Is this meant as political deception by Honda or are they really that dumb?Hoping to make it is one thing, Honda, but outright lies are despicable.Maybe they (and politicians) should read up on battery science, especially this year.

Honda has a point. While

Honda has a point. While others here make the disingenuous claim that 'they were late to the party', well they're not, not any later really than Mini. And other premium marques only have large EVs. Electricity companies have already proclaimed they will cut off supply in anticipation of overloading.

A non plugin Toyota Prius is far more economical than a mild hybrid, yet the UK government is hell bent on punishing such technology. And I blame manufacturers too for not investigating Toyota's proven route.

Has someone looked into an advanced, practical pedal car?

Might not sound as ridiculous as you think as people already use bicycles and those pedal-taxi-cab things overseas.

The pedal power, or going downhill, could be used to generate / store electricity too. Or you could occasionally employ the kinetic energy of a pet to give it a boost.

It will get you fit and be almost perfectly carbon-neutral (unlike politicised EVs) as well as costing peanuts.

Motorways will be a problem, but with so many extortionately priced EVs with ridiculously small ranges being sold as 'urban vehicles', an advanced pedal car might be just the ticket for some people.

It worked for Fred Flintstone.