McLaren will produce a road-legal version of a GT4 racing car, set to be offered to customers by invitation only
Open gallery
Close

McLaren has confirmed to Autocar that it will be building a road-going version of its 570S GT4 racing model, dubbed 620R.

Spotted testing for the first time, the 620R features a design linked to that of last year’s ultra-exclusive 570S MSO X, with an aerodynamic package clearly adapted from that of McLaren’s racing programme.

Alongside a prominent rear spoiler and front splitter arrangement, there's a roof-mounted air scoop and new intakes cut out from the bonnet. Further changes include an exhaust feeding out through the bumper in place of the top-exit items of the 600LT, a detail that features in the Woking brand’s GT4 cars.

A specific wheel design, most likely made from a super-light material such as magnesium, can also be seen. Although this prototype doesn’t appear to sit any lower to the ground, we can speculate that the 620R will feature a bespoke suspension tune compared with the 600LT and 570S.  Whether that will be the race-bred coilover setup remains to be seen. 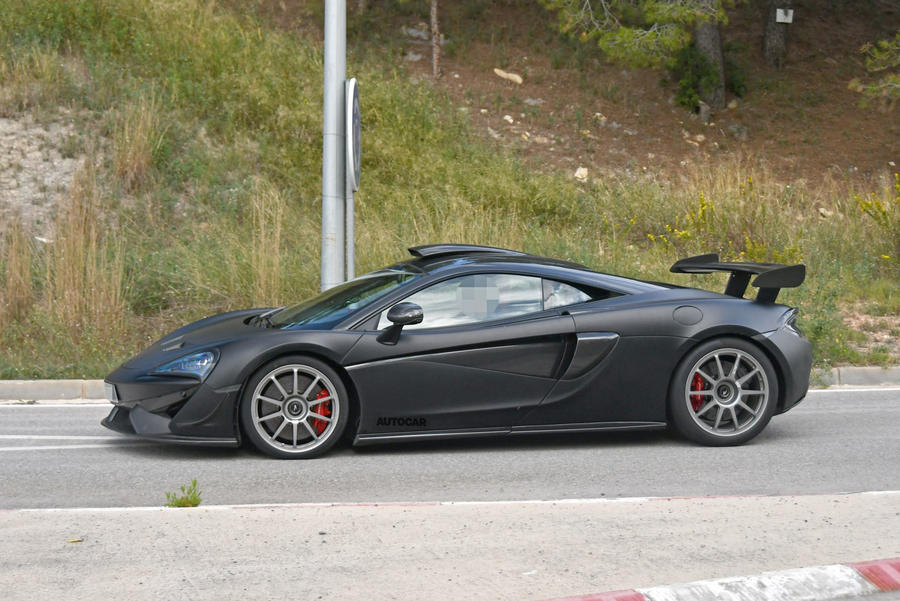 Running the registration plate reveals that this 620R is powered by the same twin-turbo 3.8-litre V8 as the 600LT, but judging by the car’s name, expect that to be boosted to 620hp (612bhp) – more than the regulation-restricted racing models.

The interior is yet to be seen, but expect faithful race-spec details such as bucket seats, six-point harnesses and the removal of non-essential hardware and features.

McLaren is yet to reveal any details of the car, but when questioned, a spokesperson confirmed its existence and said: “This IS a car that will be offered to select customers by invitation only.”

It will be built in strictly limited numbers, although probably not as exclusively as the 10 570S MSO X cars built for US customers, and is expected to cost significantly more than the 600LT. More details should follow some time next year.

I understand why people feel

I understand why people feel confused by the line ups, but there are obvious differences in most of McLaren’s models if you look at them side by side, despite being clearly of the same family. Now, I’m so glad that someone on here has offered me the chance to work from home earning 20k per month sat on my arse, now I can afford one in just one year! Hahaha I wish.

I’d be happy with, and very lucky to ever even own a base model 540

I thought Porsche just regurgitated the same tasty vomit but mclaren take it to.the extreme. Anyone else utterly confused by their line up?
eseaton 11 October 2019

It is the same car as all the

It is the same car as all the others - surely you can see this?

This is getting more and more like Blue Steel.

It is the same car as all the others - surely you can see this?

This is getting more and more like Blue Steel.