Chinese car maker GAC has revealed the interior and price of its new Aion S, billed as a Tesla Model 3 killer.

Set for delivery from May, the Aion S is now on pre-sale. Boasting an NEDC range of 317 miles (510km), the new car from GAC NE, the freshly created New Energy vehicle unit of the Guangzhou Automobile Group, squarely has the Tesla Model 3 in its sights.

Built on GAC’s second-generation electric platform, the Aion S has a 2750mm wheelbase, 125mm less than the Model 3. Styling is also more conservative, in line with the GAC-built Chinese-market Toyota Camry. 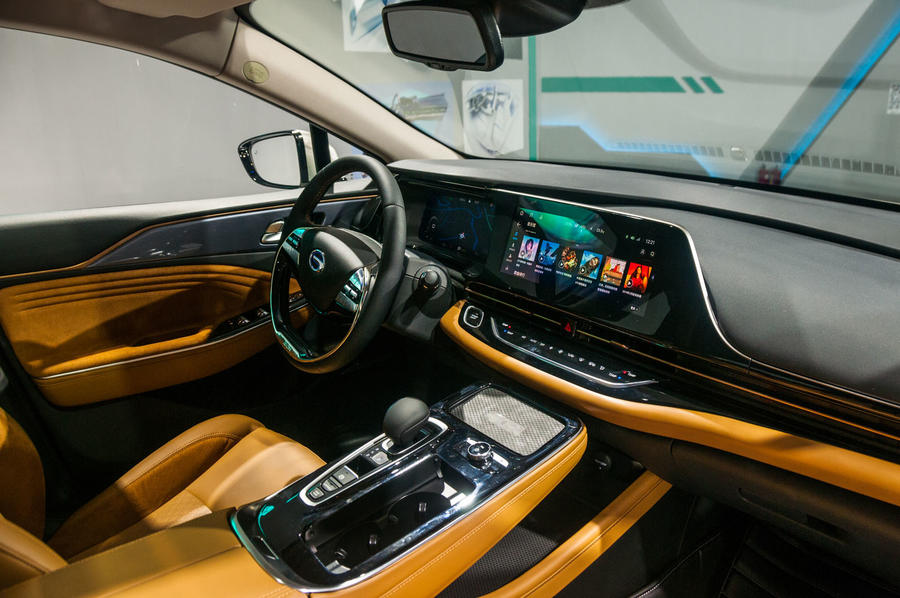 It will be produced in a brand new state-of-the-art £234 million ($310m) factory and output is projected to be 200,000 vehicles per year. As yet, there is no confirmation of export plans but GAC has indicated its desire to use electric vehicles to springboard into developed markets.

Cars can be ordered via an app, which also allows purchasers to monitor production status, and GAC claims 18,600 possible combinations for the car, with options including seven exterior and three interior colours. There is also the option of a roof-mounted solar panel to supplement the power and provide energy-efficient air circulation.

The Aion S is the first car to use the latest generation of CATL lithium ion batteries, which have a power density of 170Wh/kg. Another first is the use of an e-axle system developed in conjunction with Japanese supplier Nidec integrating the motor, gearbox and inverter into one unit to reduce weight. The system weighs 87kg. The car's slippery 0.245 Cd helps to reduce power usage.

The car, first shown at last year’s Guangzhou motor show, will start sales in May 2019. Today, both the interior and prices were revealed. Although the dashboard is largely digital, controls are not solely by one screen. Instead there is a 12.3in instrument display flowing into the 12.3in infotainment system screen.

GAC Enverge electric SUV concept revealed ahead of US launch​

Not a complete copy, but that profile was lifted straight out of the current gen US Accord.

Still, i'd have one of these instead of a Tesla.

I dont like Tesla, but I'd definitly chose them over this.

Not a bad looking car, a

Not a bad looking car, a change from the usual SUV launches.

Like a cross between the outgoing Avensis and the new 508.