BACK TO ALL NEWS
Currently reading: Farewell to a classic: driving the last Subaru WRX STi
UP NEXT
Prodrive P25 is uprated Subaru Impreza 22B with 400bhp

Farewell to a classic: driving the last Subaru WRX STi

WRC rules and tightening emissions laws have finally caught up with the WRX STi; we take the Final Edition out for a last hurrah
Open gallery
Close

This is it, then. The last of the line. Extinction. The rally replica, once the backbone of Subaru’s and Mitsubishi’s ranges, is no more.

This the WRX STi Final Edition, a 150-strong run-out of models once known as the Subaru Impreza. After this: nothing. It has been a long time coming.

In 2011, Mitsubishi told me (and I reported to widespread disbelief) the Evo X would be the last of its kind, so the gradual retirement of the Subaru WRX and the Mitsubishi Evo was already in progress, even then. 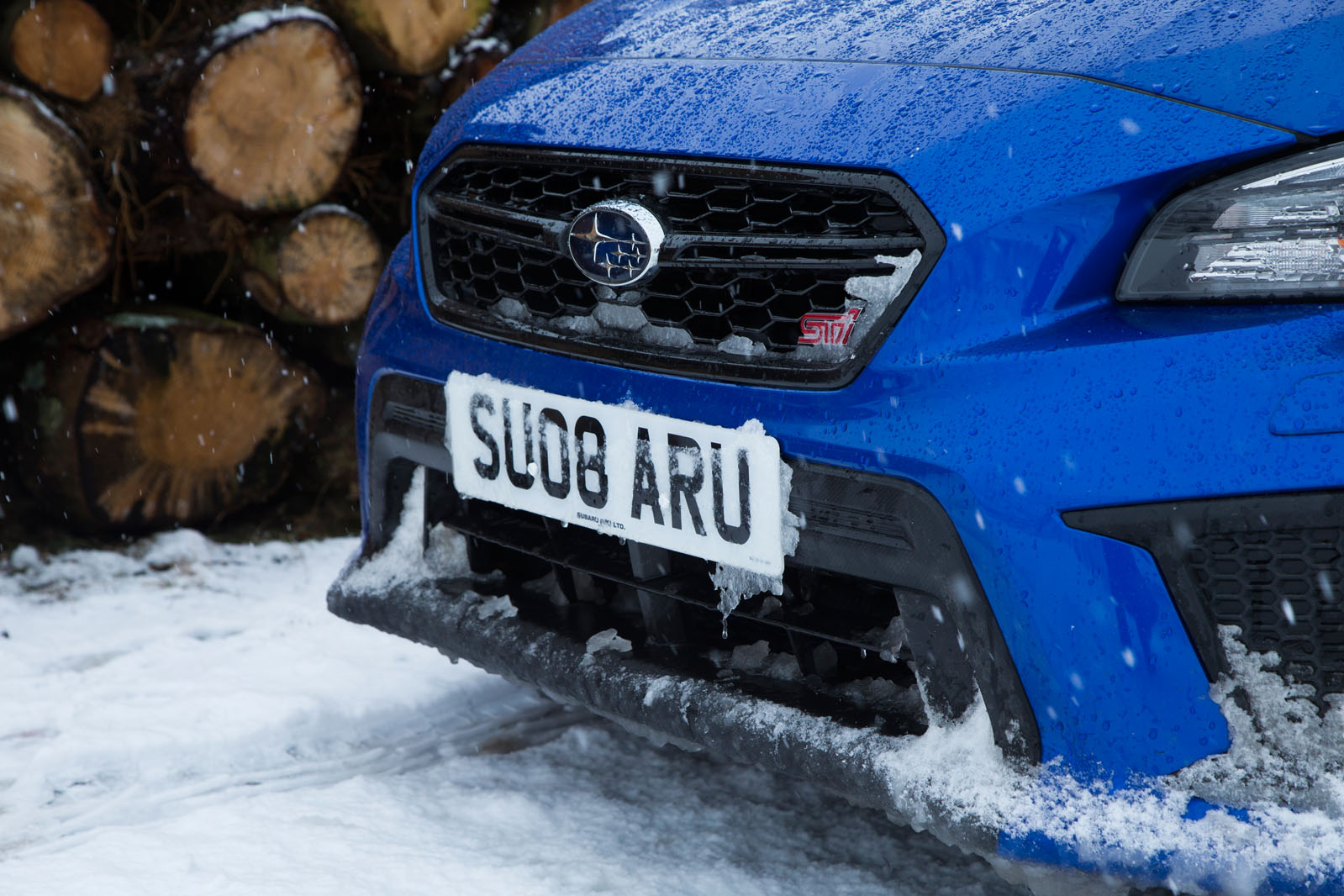 Subaru withdrew from the World Rally Championship, the reason for the creation of this car and its ‘World Rally eXperimental’ initialism, at the end of 2008. And with no need for road car homologation, today became inevitable. We’ve seen, then, the birth, life and death of the rally replica during the past quarter of a century. Sure, cars as powerful as – more powerful than – this WRX STi sports saloon are still very much ‘a thing’, but there’s something unique in the way the WRX goes about its business.

And that’s what we’ve come to Scotland to witness. The roads here are clear and vast and challenging and feel like a Subaru’s natural habitat. So we’ll have one last go, to see what we’ll be losing; what we’ll be missing.

In the UK, the fast Impreza story began in 1994 when the Turbo 2000 officially went on sale, although grey imports of fast Japanese cars were already in full swing. Back then, the Turbo 2000 was a four-cylinder boxer-engined, 4.3m-long saloon with symmetrical four-wheel drive, a shonky interior and a focus on performance, and its 208bhp immediately reset boundaries about what an affordable blue-collar supercar could achieve. There have been countless models and iterations and generations and tunes and special editions in the intervening 24 years but, if you’d been blindfolded when you got out of an early car and were placed into this latest WRX STi, you’d still know you were in a fast Impreza. 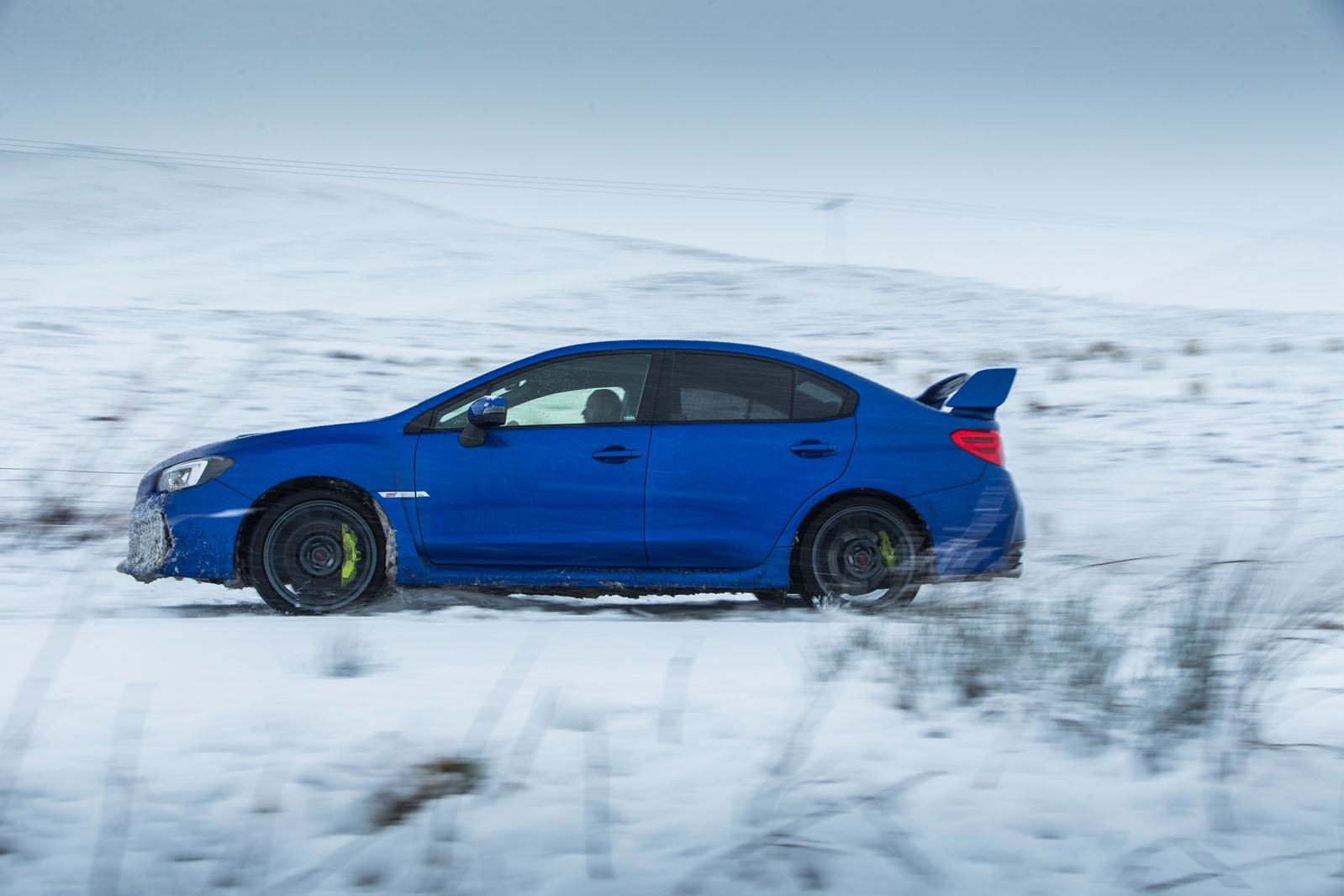 Because today, well, it’s a turbocharged flat-four saloon car – longer, wider and heavier, naturally, and now with 296bhp – with symmetrical four-wheel drive. At £33,995, I still think it’s faster point to point – if that’s your thing, although it’s not necessarily mine – than just about anything else of comparable power. Or probably more power, which includes most hot hatches these days.

First, though, to Scotland and, hmm, well. What strikes you about the Final Edition, if you haven’t been in a Subaru for a while, is not necessarily the datedness of the interior. It feels a bit old hat, yes, but there’s a digital panel between the dials and another atop the dashboard to mimic performance readouts (what looks like a G-meter is, basically, a spirit level), plus there’s a large touchscreen front-row centre. So far, so much like most other cars in the sector. The fit and finish is solid, too, but the design and material selection have been left behind.

But that’s not what makes it feel dated. No, that’s down to the weight of the brake pedal, the clutch and the gearshift, which is particularly reluctant when cold, and the steering, and the enormous amount of road noise. This is a tremendously loud car. Partly, perhaps, because of the optional 19in wheels (an inch larger than standard). Damper tweaks to accommodate those wheels, uprated brakes and better control over the viscous-locking centre differential (there’s a rear one too) are this run-out model’s only mechanical changes. 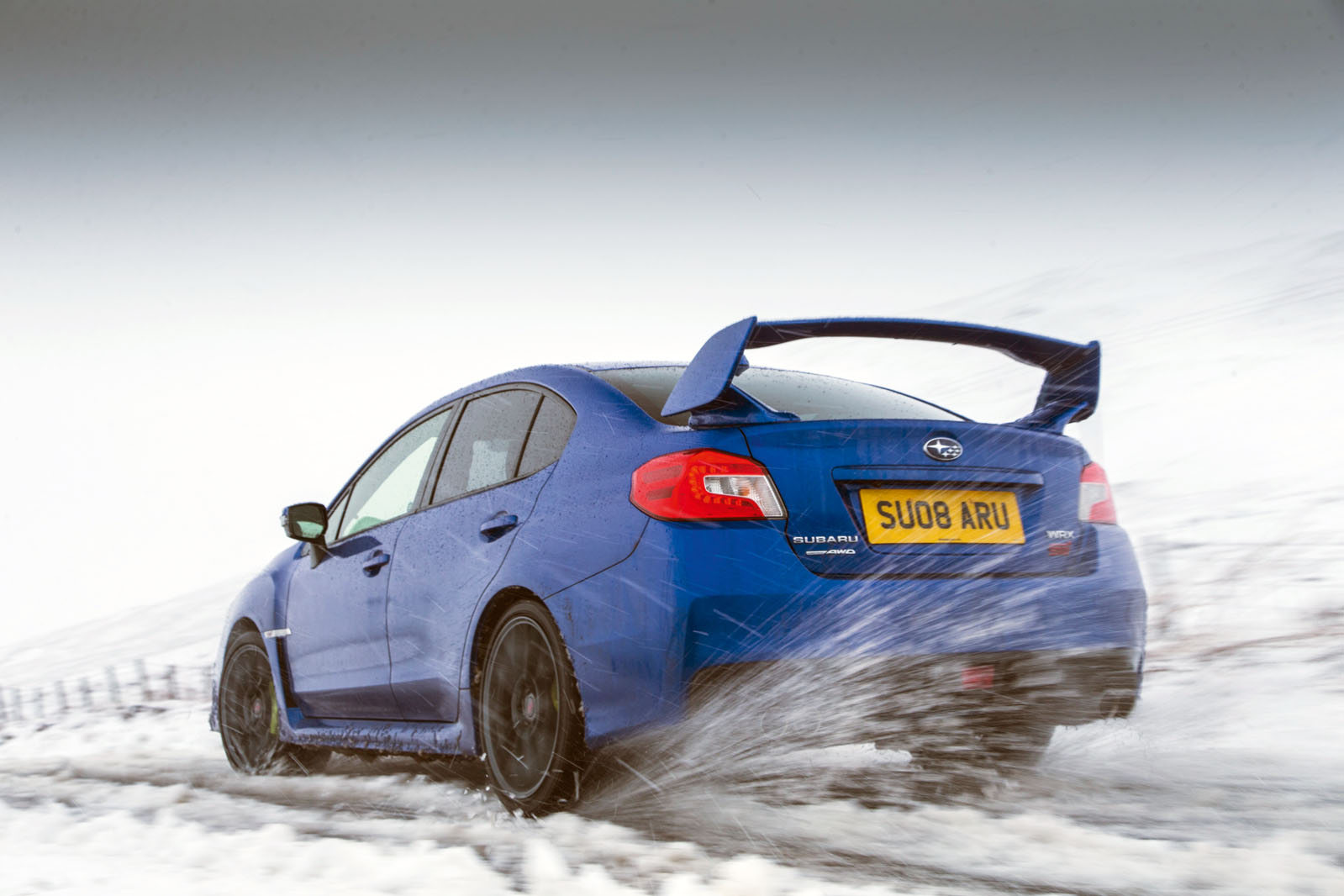 Compared to hot hatches, sports saloons or even supercars, there’s a hands-on, full-of-feel, macho, workhorse physicality to the WRX. Still, what its weighty steering means is that it’s a pretty stable motorway car where, eventually, sitting in sixth gear, turning over at what are unnaturally high revs these days, it’ll clog along at 25mpg. You can turn up the stereo but a conversation is always more of a shout than a whisper. But there’s cruise control, the seats are supportive without appearing aggressively bolstered and the driving position is bang-on, with brilliantly spaced pedals. For all of its outdated feel, ergonomically it works rather well.

Still, that’s not really what the WRX is about. It’s about going to places with dire conditions and finding grip and traction where no other performance car would and, fundamentally, going from one end of a road to the other quicker than everything else. That was, after all, the point of homologating a rally car in the first place.

I do wonder if Scotland, more than anywhere else on this island, is where people still have a bigger place in their hearts for quick cars like this, where there’s nobody around to cheese off, where the weather so frequently turns poor and where driving standards, it seems to me, are high. People don’t point and shout so much if they hear an engine revving. 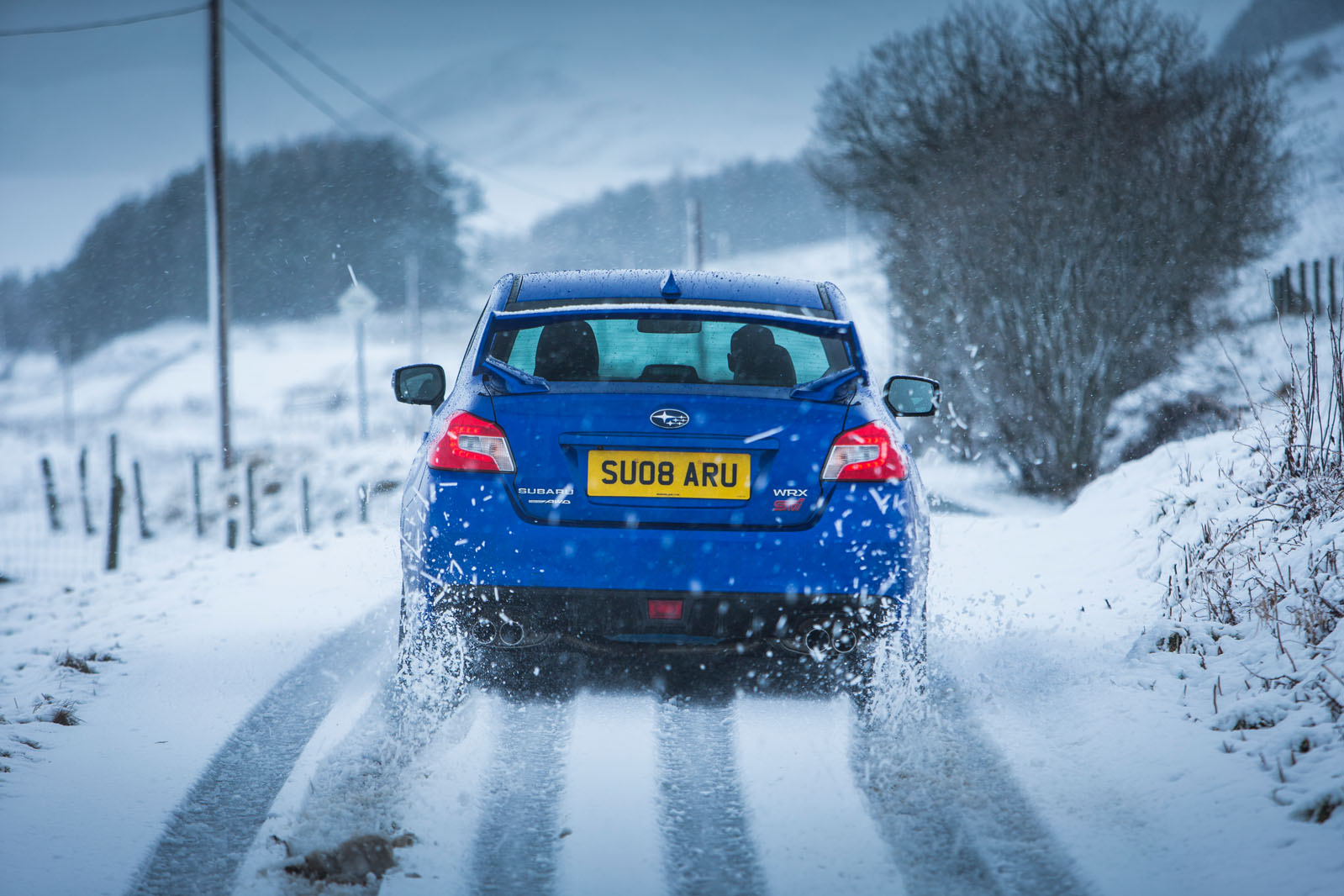 And the WRX’s engine does rev, like it always did. It’s a 2.5-litre these days, revving with none of the sound-augmented refinement or faux overrun pop-bang of a modern superhatch. No, it just takes a breath of air when you ask it to, then runs through with strength to the 7000rpm redline, with a fulsome, bombastic and eventually urgent attack. There’s less audible off-beat flat-four wobble than there originally was, now the exhaust lengths are more even, but it’s still, in its own way, really quite charming.

It’s old-fashioned, then, but matched to gear ratios that have been honed over the years to meet the needs of keen drivers rather than emissions regulators (this remains a 252g/km car), and there is real finesse, energy and reward to driving a WRX at anything between one- tenth and ten-tenths. With a hard but composed and controlled ride, it has that sort of intoxicating, analogue, mechanical interaction that, when all’s said and done, is part of the appeal of a sports car in the first place. Sure, it’s physical but, well, what else would you be doing?

There are not many other cars I’d rather drive in conditions like this; when the snow comes, I know exactly what all four wheels are up to, where grip and traction are and how they can be relied upon totally. Yup, I can drive cars like this all day in snow and ice without fear or hesitation to our spectacular progress. 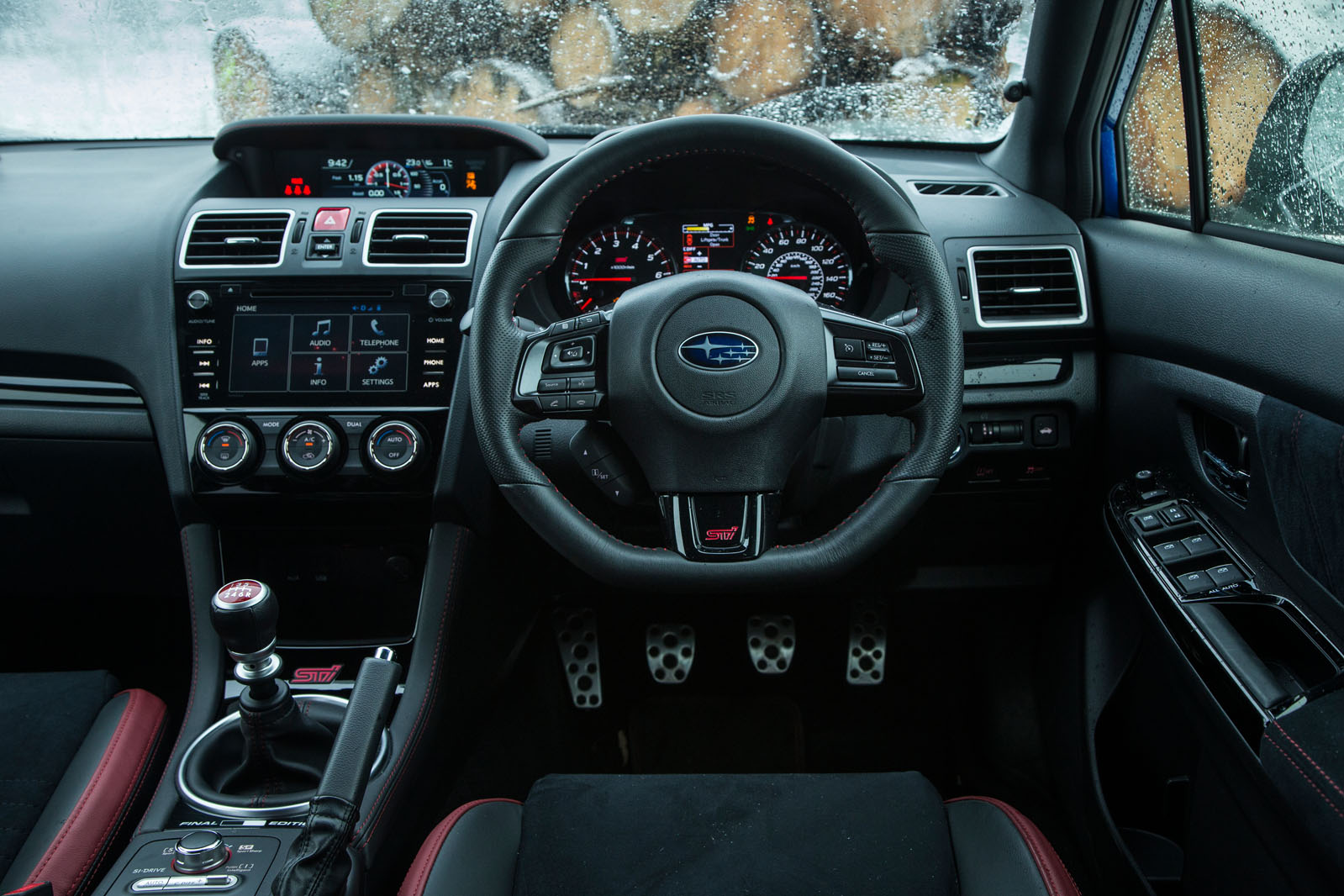 Anyway, obviously I’m stuck. The WRX is on 245/35 Yokohama Advan Sport rubber, and sometimes even revving to the middle of third gear isn’t enough to overcome the inertia of the car’s 1534kg without the assistance of a photographer pushing down on the rear wing.

So we abandon that bit of road and find one with less weather on it, where, genuine SUV aside, there is still no car – and certainly no performance car – you’d rather be in at times like this. If you want to make progress and have fun while you’re doing it, sure, the spoilers and the lairyness and the noise and physicality are wearing and the fuel consumption is frightening, and yes, it feels out of date and will soon be out of sight and mind, but, by gum, we’re really going to miss this.

There’s something really special about this WRX, now the Mitsubishi Evo is already dead and nothing else remains that does what the Subaru does. The Ford Focus RS is closest, but even that can’t match it. Some say it’s a shadow of the Impreza’s best days, but still it’s a better driver’s car than every front-drive hot hatch and junior sports saloon, and most four-wheel-drive ones too. It has tremendous capabilities and absurd amounts of feedback. It wasn’t created to sit atop a range to flog lesser models, it wasn’t designed to look good in London, it wasn’t built for emissions regulations: it was made for conditions and roads where, sadly, too few people live to sustain it. With the death of this car, and the genre that goes with it, we are genuinely worse off for its absence. 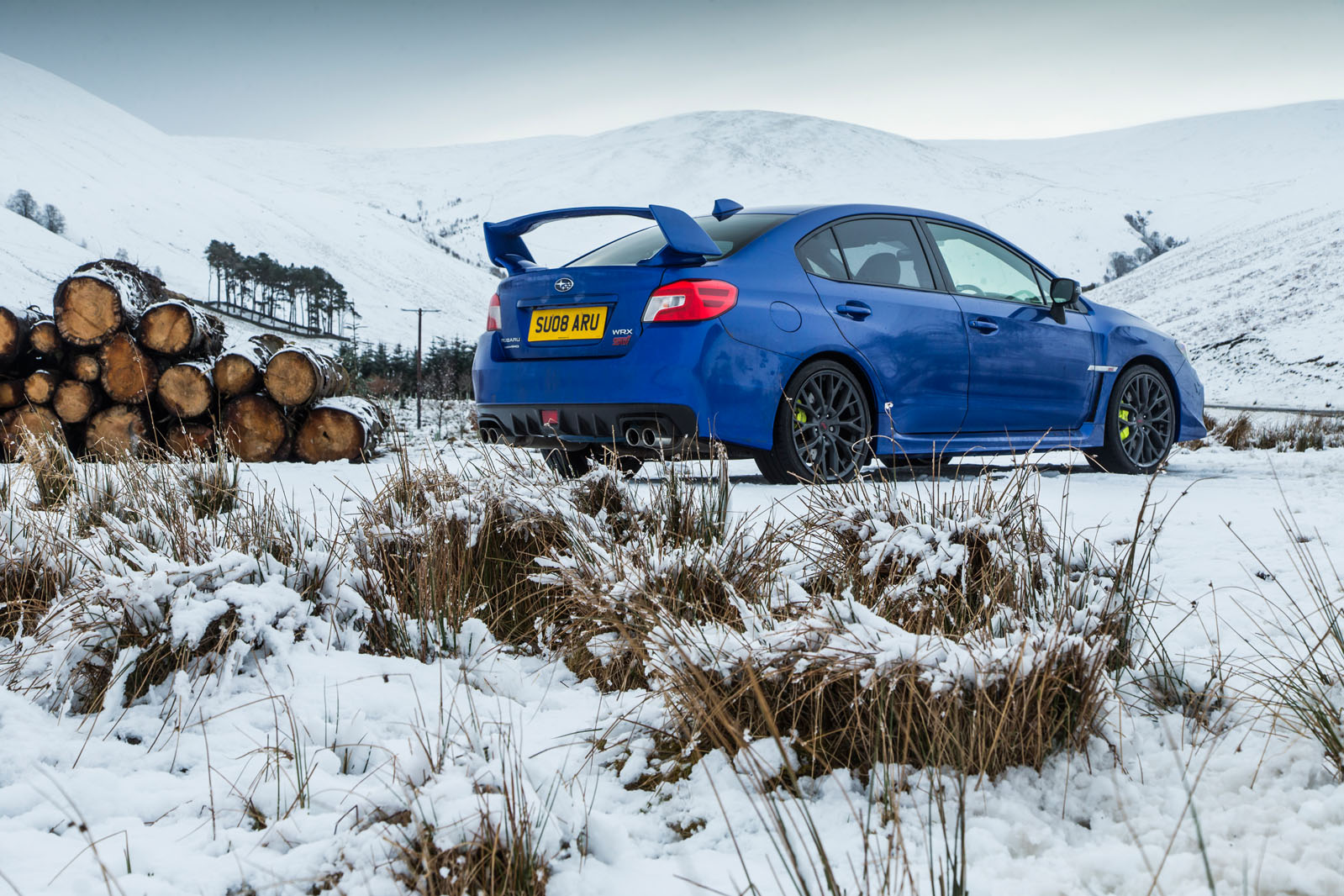 And maybe in its dotage we’ve overlooked it. Perhaps we haven’t appreciated it enough. I’m genuinely sorry about that, and even more sorry to see it go.

COULD THE WRX RETURN?

What would it take to make a new WRX possible? A change in the world, I fear. The time has gone. The car was created to serve a purpose – because rallying demanded that car makers produced a certain number of road cars with a similar mechanical specification to the competition ones – and the WRX served it.

Today, the demands of a permanent four-wheel-drive system are troubling for efficiency, too few people want the compromises brought about by the mechanical layout and, most importantly, race and rally series don’t want to make it prohibitive for manufacturers to join in, so the homologation requirements are less. If those were to change, perhaps we’d see a new raft of specials like the WRX. But I doubt they will, so I doubt we will. Pity.

I can see what your saying... Raymond `s article is surprising, last week I bought a top of the range Acura from making $4608 this-past/month and-a little over, $10,000 this past month. with-out any question its the easiest work I've ever had. I began this five months/ago and almost straight away startad bringin in minimum $82 per-hr

Well at least the engine

Well at least the engine lives on in the Porsche 718.

Strangely, both 4WD and turbo four cylinder power have become more popular during the WRX’s life span but it seems this car cannot continue. A Levorg with 250bhp and a proper gearbox would do well, I feel.

A Levorg with 250bhp and a proper gearbox would do well, I feel.

Subaru have from the begining of the Levorg's sale has provided a 2.0 litre 300bhp engined model for sale on the Japanese car market. But that also has a CVT gearbox, and is the only type of gearbox when combined with the eyesight safety system works perfectly. It may even be fully available in the wider Asian market. It's us unworthy saps who supported their early Brat pick ups, Legacy and Impreza's who they've seemed to have turned their backs on. When the WRX goes, I think that just leaves the Forester XT 2.0 and Levorg GT 1.6 as their turbocharged representatives.

Subaru Japan have said that they've heard what their (former?) customers have said and there will be a change of strategy coming soon. And with the new vehicle tax laws as it is, why not develop and bring in turbocharged Impreza's and XV's? The main complaint about those cars are a dire lack of power compared to the opposition. but it seems that the UK importers IM (International Motors), tend to be singing from a totally different songbook these days.

...it seems that the UK importers IM (International Motors), tend to be singing from a totally different songbook these days.

I've been saying this for some time.

They seems to be stuck in the dark ages with next to know idea what new customers are interested in.

Their existing customer base must be getting awfully small.