BACK TO ALL NEWS
Currently reading: Dartz launches Freze Nikrob as "cheapest EV in the EU"
UP NEXT
First drive: 2022 BMW XM prototype

Dartz launches Freze Nikrob as "cheapest EV in the EU"

Lithuanian armoured 4x4 manufacturer Dartz has teamed up with coachbuilder Nikrob to build and sell what is claimed to be "the cheapest EV in the EU".

Assembled in Lithuania using parts imported from China, the Freze Nikrob is essentially a rebadged version of the hugely popular Wuling Hongguang Mini EV, which is produced in its home market by SAIC-GM-Wuling, a joint venture between General Motors and two Chinese companies.

Dartz claims to have identified a gap in the market for the diminutive, urban-oriented electric car.

"The market has a lot of [B- and C-segment] proposals, but the cheap and small city car market is practically empty," a spokesman told Autocar.

The Freze name, which was used in the company's early days, has been revived as a means of differentiating the EV from Dartz's trademark "behemoth" SUVs.

Aside from modifications to the lighting and the addition of various safety functions, the Nikrob is largely identical to the Chinese-market car. 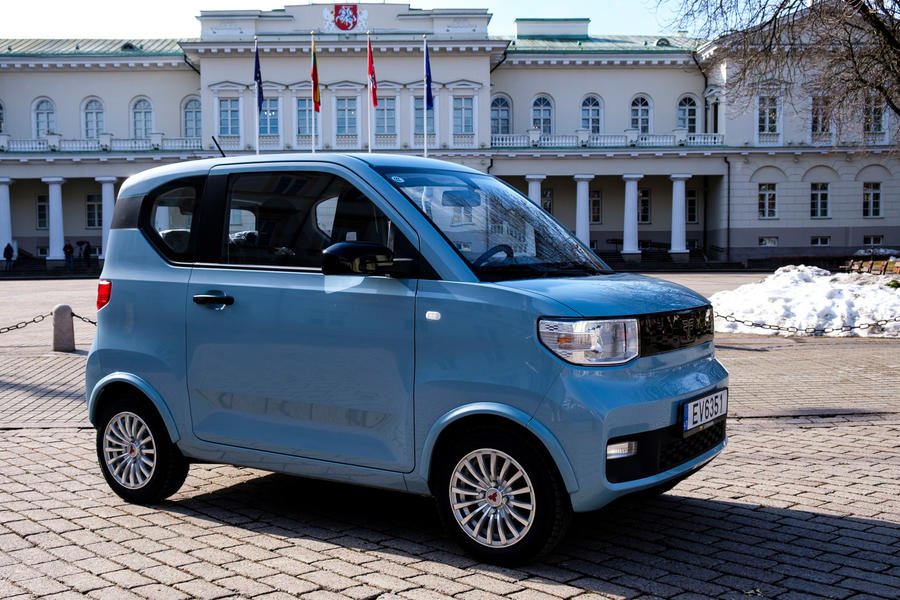 Two battery sizes are available, 9.2kWh or 13.8kWh, giving a range of up to 124 miles. That's slightly more than is claimed of the Chinese-market car, which uses some inefficient technology, including halogen headlights.

The rear-mounted electric motor produces 13kW and 63lb ft of torque and can send the four-seater to a top speed of 62mph, although it's unclear how long this takes.

A base-model price of €9999 (£8668) makes the Nikrob around €2500 cheaper than the new Dacia Spring Electric, which was also claimed to be the cheapest electric car on sale in Europe.

The Nikrob can also be specified in Luxury trim for €14,999 (£12,990), which brings the larger battery, toughened glass and vegan-friendly interior materials, among other upgrades.

It went on sale in Lithuania last month, with Dartz claiming strong demand from car-sharing and delivery companies in particular. The firm has now launched its own car-sharing programme, offering "full IT support" and a promise of spare parts delivery within seven days in the event of a fault.

Despite having been launched less than a year ago in its home market, the Hongguang Mini EV is quickly becoming a best-seller in China. It's priced from the equivalent of £3200 in that market and sold as a rival to cars including the Baojun E-Series and Ora R1.

A UK launch is unlikely, given the cost of adapting the car to right-hand-drive.

It seems safety has to take a back seat in quest for cheap EVs.

This is a death trap, just like the Dacia Spring, aka Renault Kwid, a 0 stars NCAP car.

Maybe EuroNCAP will test it. They should.

All the charm of a club foot shoe (younger readers will be lost at this stage), or a 60's invalid carriage.

I think this should have  man carrying a red flag walking in front of it.....for the safety of the occupants.