The new C3 You is priced from £12,995 and comes with LED lights, cruise control and safety kit
Open gallery
Close

The Citroën C3 has gained a new entry-level variant to plug the gap left by the smaller Citroën C1, which was removed from the production in January after 17 years on sale.

The new model, named the C3 You, is priced from £12,995, making it the new entry point into the Citroën range.

As standard, the C3 You is equipped with LED headlights, cruise control, Bluetooth, a 5.0in infotainment touchscreen, a DAB radio and body-coloured door handles and bumpers. 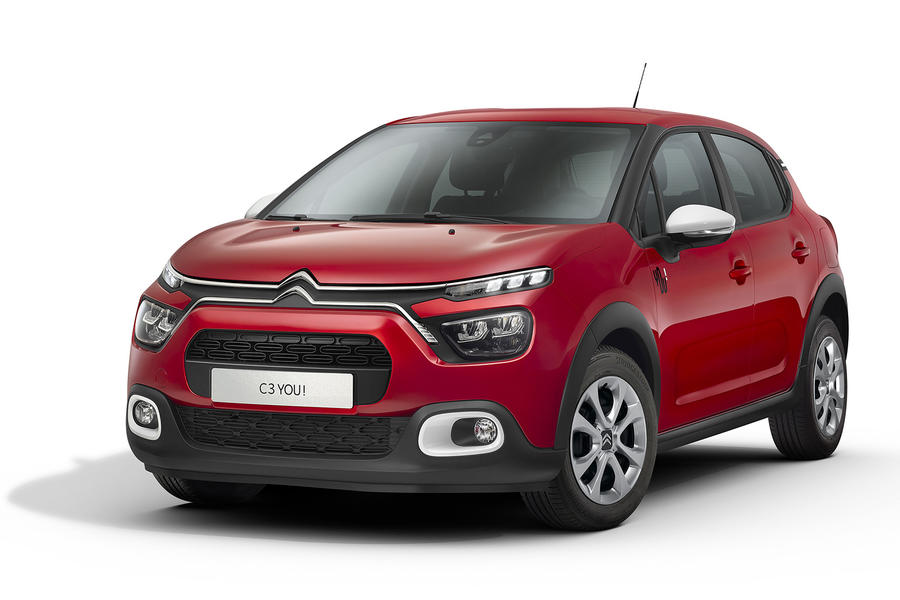 In terms of engines, the C3 You is driven by a 1.2-litre three-cylinder petrol engine producing 81bhp. Citroën claims a combined economy figure of 54mpg.

“The new C3 You, with its starting price from just £12,995, is inspired by Citroën UK’s ongoing commitment to fair pricing. This is a brand new five-door B-segment supermini at a used-car price,” said Citroën UK managing director Eurig Druce.

“It’s an offer that represents undeniable value for our customers. Yes, the Citroën C1 has finished its production run, but together the Citroën Ami Electric and C3 You combine to offer our customers a choice of compact and affordable new vehicles that they can relish.”

The C3 range now comprises five trim levels, with You followed by Sense, C-Series, Saint James and Shine Plus.

A C3 You was previously offered in 2021 as a special edition with a slightly different design, based on Feel specification.

The new C3 You is on sale now, although it's available to buy only online.

On sale in its current guise since 2016, the C3 has been a mainstay on the Citroën line-up for almost 20 years. The addition of the You is expected to be the current C3’s final update, serving as its run-out model.

Hopefully the "You" stickers will just peel off!

It would be interesting to learn if this car is actually available, or whether it is just a ploy to generate a bit of showroom traffic and upsell?

GavJ 13 April 2022
As it's only available to order online (presumably to save on dealer commission) then there will be no showroom or upsell.

Cars are for delivery from mid July. Direct to your door.

One slight advantage is because of distance selling laws you can reject the car upto 14 days after delivery. Citroen stipulate you can do upto 400 miles.

When you look at pricing of new cars now (which all seem overpriced) it doesn't actually seem bad value considering it has all the latest safety gear.

Surely a C1 replacement is viable for steallantis? There are so many brands they could sell it as.

I had a look on Citroen's website, and it has proper heating controls on this model. The infotainment screen is teeny, though