BACK TO ALL NEWS
Currently reading: Britain's most popular cars are vulnerable to keyless theft
UP NEXT
Good sports: New BMW M2 CS vs Porsche and Alpine rivals

Britain's most popular cars are vulnerable to keyless theft

Study by Which? reveals that almost every keyless model tested was susceptible to a 'relay attack'
Share
Open gallery
Close
Share story

Hundreds of new cars, including four of the UK's five most popular, are highly susceptible to keyless theft, according to a new study.

Research conducted by consumer group Which? looked at 237 cars sold with keyless entry technology. Among these, researchers were able to open and start all but seven models using relay boxes, portable devices that can extend the signal sent from the key inside the owner's house.

The box fools the car into thinking the key is closer to it than it really is, allowing thieves to climb into the car, start it and drive away before the system realises the key isn't in proximity.

The hugely popular Ford Focus, Ford Fiesta (pictured), Nissan Qashqai and Volkswagen Golf were all described as "highly vulnerable" by Which?. Of the seven cars that couldn't be started, four could still have their doors unlocked by the device. 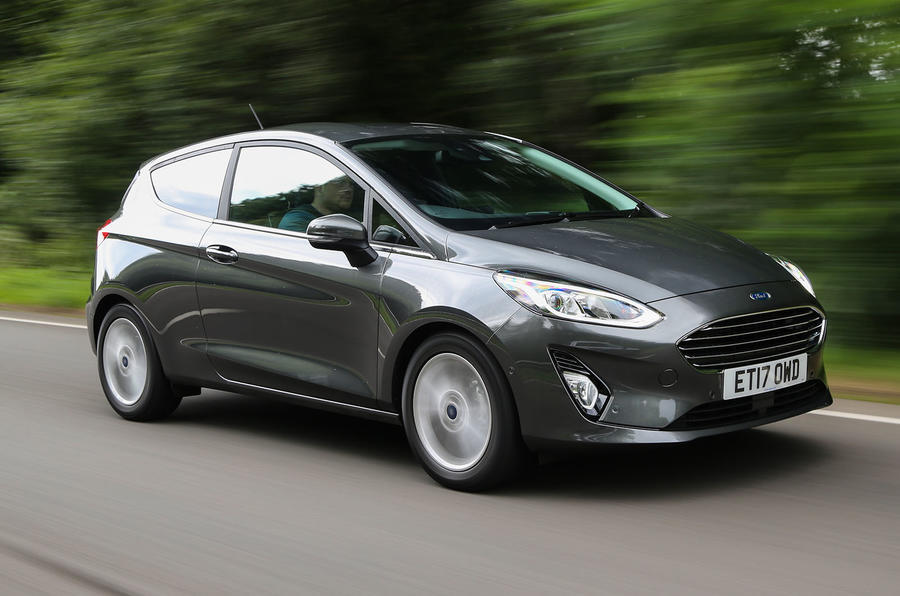 The three cars that were not susceptible to relay boxes were the Range Rover, Land Rover Discovery and Jaguar I-Pace. Jaguar Land Rover has recently stepped up the security of its keyless models after a spate of widely reported thefts in the past few years.

Mike Hawes, chairman of the Society of Motor Manufacturers and Traders, claims that the latest security technology "has helped bring down theft dramatically with, on average, less than 0.3% of our cars on the roads stolen".

How crooks can steal your car - without the key

That's a lot of testing!

Strange that 2 of the 'newer' models namely Fiesta/Focus are the worst, FORD used to have a bad rep regarding security it now looks like they'd rather spend money on Automous tat than what counts in day to day motoring.

Hopeful with JLR now having 'one over' the others on this score they'll find a way of using it in marketing.

Really shocking dereliction of duty by the car manufacturers. Our police forces are overstretched as it is and insurance premiums far too high.

Why can’t they sell cars that are secure? Is it really too much to ask?

Its really simple....no one asked for keyless-go....the industry just decided to make this a feature because they decided that it is sexy to press a starter button like people used to in the old days - forgetting that cars still had an ignition key than.

All this needs is for consumers to start refusing to buy keyless-go equipped vehicles or to stop ticking this option when ordering.

The industry will soon get the message, and this ridiculous 'solution to a question never asked' will perish.

I’m pretty sure that these

28 January 2019
I’m pretty sure that these days technology can be developed to steal pretty much any car electronically these days - the reason these top selling cars are so suspectible to being stolen is because with so many of them on the roads it’s far easier to shift the stolen parts from these cars and make more money.

What would be the point of stealing a low selling car? Nothing because you can shift the parts on quickly.

At the end of the day these cars are not stolen for joy riding or selling on as a whole car, they are stolen to strip for unidentifiable parts to then sell on i.e non unique parts to the car. They then dump the shells of these cars wherever they can - farmers fields, open spaces etc.

Give us solutions, not problems.

I'm still to be convinced this is a big an issue as it's made out to be - after all, once you drive out of range, the engine won't start again.

That said, "we already have the technology". Tracker is the most common system - why isn't it compulsory? And why isn't it cheaper? You really shouldn't be able to insure a car without some sort of tracking device.

I have a friend who's dog is prone to running off, what follows is a worrying six hours of friends and family trying to locate the mutt.  What my friend did was buy a special collar with a transmitter so when Fido now runs off on his adventures, my friend uses an application on his mobile phone to locate him.

Now if there's a cheap'ish solution out there at this very mement to find a dog, why can't that be applied to a car?

just following on from my previous comment - you can buy a basic smartphone for peanuts, and if you loose it, simply use google to locate it. Now why can't that simple tech be introduced for cars?

I can phone the bank and put a stop to my credit card when it's stolen - why can't I phone my car and have the alarm / indicators sound or disable the engine?

The technology is there.

I'm pretty sure car security goes in cycles. Years ago, Ford were often criticised for vehicle security, so basically they had to improve it, which they did. But then, consumers forget about these aspects so the manufacturers take the opportunity to cut back a bit, to reduce costs, hoping nobody will notice, and spend the money on some 'sexier' features, to attract buyers. The latest Transit for example, was introduced with various security weak spots, which the previous model had covered, which Ford have now had to rectify and modify because owners and users have complained.  JLR, similarly have had to improve their vehicle security because of so much bad press, but what's the betting in the future they'll try and cut back on this, when the dust settles, and instead spend that money on more of their 'see through bonnet' type systems.

Got to be more to this

There has got to be more to this, as otherwise it doesn't make sense. From the limited (and poor) description supplied - the "repeater" has to be in proximity to the key in order to get the signal that it has to replicate to the car -> so the thief has to know the car *and* be in proximity to the key.  Apart from this obvious problem, simply masking the key would defeat the hack  - just putting the key in a safe when you are away from home on holiday for example would solve the problem.  Also a garage also solves the problem as the car is inside a locked garage - whether at home or at work.

Even "worst case", a burglar B&E's would find a limited advantage, as (s)he would need to find your keys for the hack to work in whch case, there is little point as they already have the keys...

I am trusting a similar best

I am trusting a similar best work from you the future too. reality your experimental writing capacities has enlivened me to begin my very own  blog now. Extremely the blogging is spreading its wings quickly. Your review is a fine case of it.