BACK TO ALL NEWS
Currently reading: 2018 Nissan Leaf - latest on 148bhp electric hatchback and its e-Pedal
UP NEXT
New Volkswagen CEO Schafer to make brand "loved" again

New car will have more power and a bigger battery; Leaf is confirmed to be available with Nissan's ProPilot semi-autonomous driving system
Open gallery
Close

The 2018 Nissan Leaf has been previewed again ahead of its 6 September reveal, with a new picture showing the car's rear light design more clearly.

Nissan's official shot comes after images of the full car were leaked onto the internet by a Twitter user in a Nissan Oppama factory in Japan, where production of the car will be handled.

The car's design appears to be inspired by the Nissan Micra, as shown by sightings of development cars (see gallery), with sharper lines on the body and a more aggressively stooped nose.

Earlier leaked information posted onto automotive media and marketing site Autobytel suggests the car will have a 148bhp electric drivetrain. This would give the upcoming Leaf about 40bhp more than the outgoing model. Information also shows that the car will have a 40kWh battery; 10kWh higher than the current one's largest option.

Although unconfirmed by Nissan, the information backs suggestions that the new Leaf will have substantially more range. It is predicted to be capable of 340 miles on one charge - more than double that of the old model.

This range will be boosted with the use of new e-Pedal technology (video above), which enhances the car's ability to recharge the batteries while on the move by encouraging the use of just the accelerator pedal. Using the resistance provided by the driveline's regenerative technology to slow the car maximises the amount of time the batteries are re-energised.

Along with the improved drivetrain, the car's range improvement will have been possible as a result of the more slippery exterior. Nissan offered a glimpse of its aerodynamic performance in a preview picture, which shows a silhouette of the car with air lines passing over it (see below). 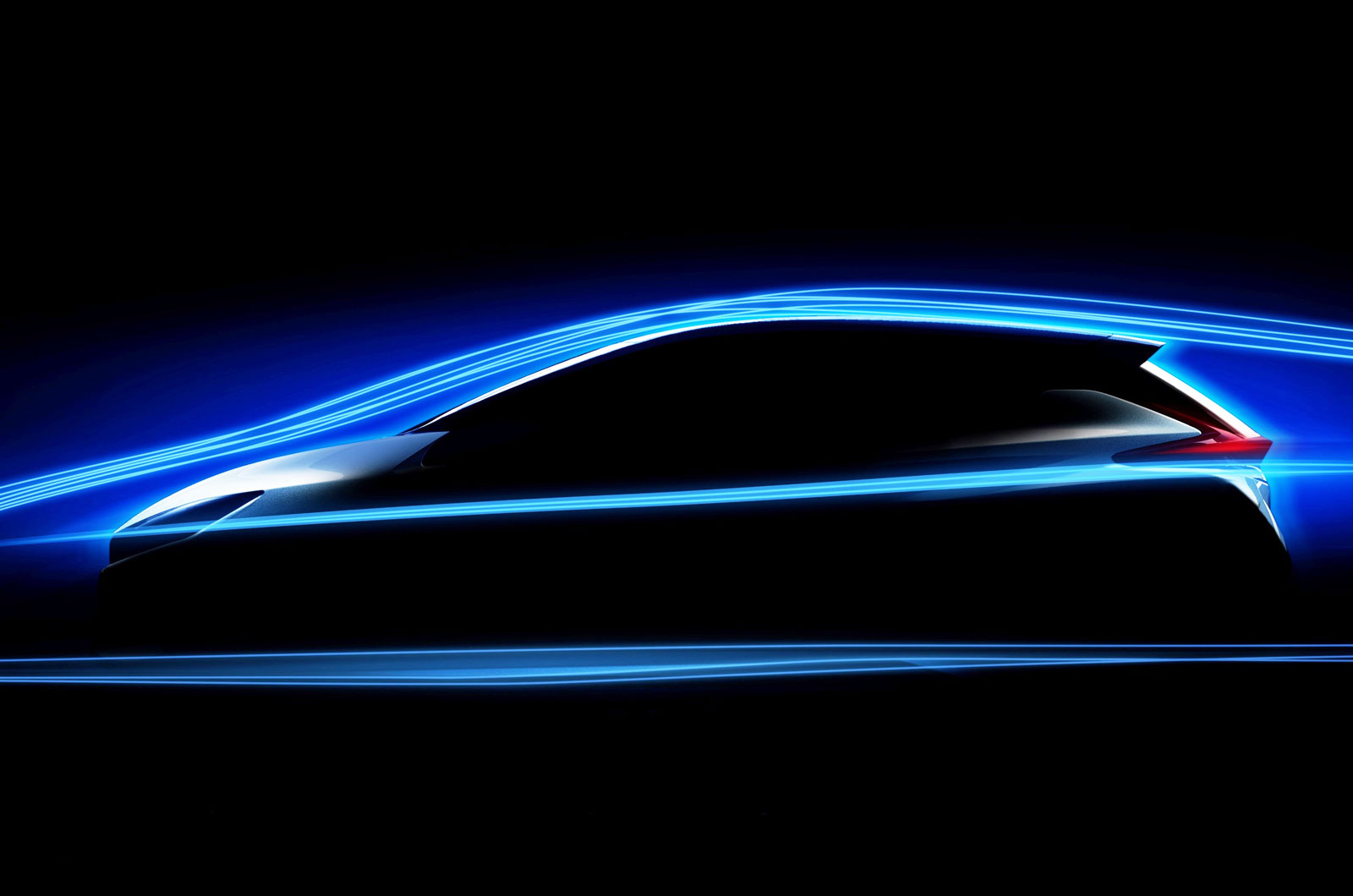 Nissan is aiming to make the Leaf the segment's most autonomous-capable model, with ProPilot Park its newest system. Using sonars and cameras, the car will be able to park itself in parallel, angled, front or straight back-in parking spots, handling throttle, braking and steering input.

This park assist system will come as part of the car's ProPilot technology, which also includes a single-lane semi-autonomous feature. It will be Nissan's most advanced autonomous model on sale.

When the future Leaf arrives on roads next year, it will lead Nissan's bid to grow EVs to 20% of sales by 2020.

I can see an electric car joining the household in the next couple of years. Just need a solid 250 mile range at 70ish mph so it can do my run to the office with a bit of spare for m25 dawdling am and pm. Oh, and not cost the earth.

Yeah, I agree with the

Yeah, I agree with the general scepticism over 340 miles range. All the other figures rumoured for the 2018 leaf are around 210 miles. Given that 340km just happens to be 211 miles I suspect some overtired journo has just misread/mistyped something here!

210 miles just sounds more authentic. A 30kw leaf is quoted as 155 miles (but realistically 120), so a 25% increase in battery gives 206 miles (so realistic 160 miles). Tweaks to drive mode software and improved aero performance will add a bit but realistically it will be minimal. Unless Nissan have actually found a way to make the thing levitate its not going to get you to 340 miles! I would suggest software and aero  improvements would barely cancel out the extra weight of the larger battery so we are still back to the 210 mile figure.

...but, with that all said, the rumours are the new leaf will have a 60kw battery, not 40kw. You might find that 40kw is the entry level, 60kw is the upgrade. 60kw will get 300 miles+. In the family/entry level EV range Nissan are being beaten by the Zoe's 40kw/240 mile range. Nissan will see the Leaf as being a step or two up from the Zoe so couldnt release the new Leaf with a lower range, especially as a new Zoe will follow in 12 months, almost certainly with improved range again.

I'm not trying to be a cinic, I love my Leaf ...I just hate fake figures!