BACK TO ALL NEWS
Currently reading: The trials of an F1 rookie: Yuki Tsunoda on his early season struggles
UP NEXT
From the boardroom: Polestar UK boss Jonathan Goodman

The trials of an F1 rookie: Yuki Tsunoda on his early season struggles

Virtually every driver finds it difficult to step up to the highest echelon of motorsport. We hear how the AlphaTauri driver is dealing with the reality check
Share
Open gallery
Close

Yuki Tsunoda’s favourite word during his rookie Formula 1 season has so far been ‘unacceptable’.

He has had ample opportunities to use it, given how much has gone wrong, meaning he has been celebrated more for his excitable, expletive-laden team radio messages than his results so far in 2021. Yet it all started so well, with eye-catching performances in pre-season testing.

From underachieving in qualifying on his debut in Bahrain when capable of a top-10 position, to crashing on Saturday at Imola, to suggesting his car was different from team-mate Pierre Gasly’s in Spain, to hitting the wall while attempting to keep it clean during the second practice session on his first taste of Monaco’s streets, the 21-year-old Japanese has much to regret. And he’s nothing if not frank about his problems, having learned the hard way how tough F1 can be.

“To be honest, I’m finding it more difficult than I expected, especially from testing,” he says. “Maybe I just thought F1 was too easy before the racing started. As soon as I got into the races, especially from Imola, things started not going well.

“But I accept these mistakes and switch my mind to improving things, always learning. I’m having a difficult time, but this is F1. To become a better driver, this is a really important time for me.”

Such honesty is rare but admirable. Given how accomplished Tsunoda looked in testing after showing his talent with race-winning seasons in Formula 3 and Formula 2, his rude awakening is a surprise; but to hear him be open about his shortcomings rather than make excuses or take refuge in the positives – of which there are plenty – is encouraging.

Helmut Marko, Red Bull’s chief motorsport advisor with a fearsome reputation for pulling no punches when it comes to his young charges, has criticised Tsunoda’s lack of discipline. This has led to a plan to relocate him from the UK to Italy to be closer to Scuderia AlphaTauri’s base in Faenza – just around the corner from Imola. 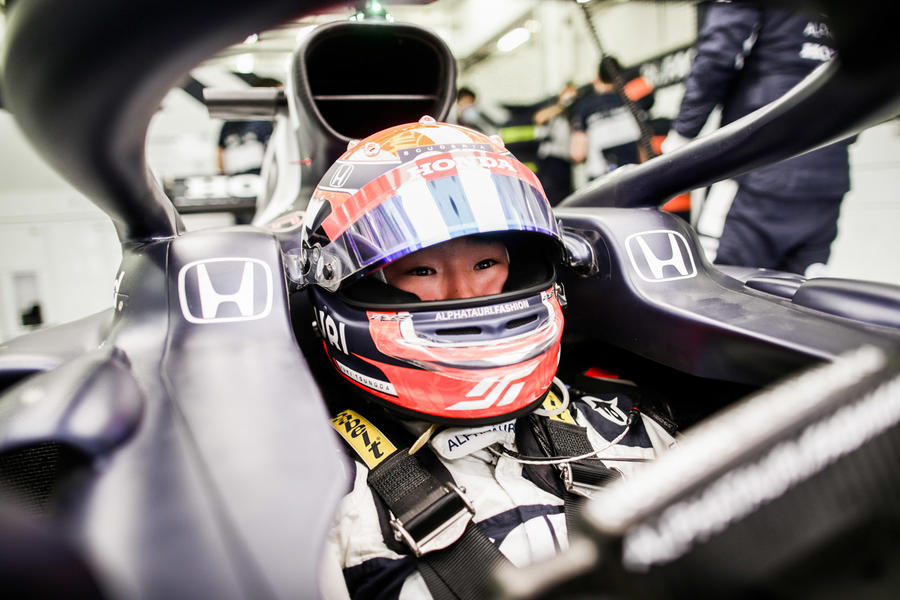 Being taken under the wing more directly of a team that specialises in nurturing young drivers can only be to Tsunoda’s benefit. But this doesn’t mean he’s some delinquent who needs to be kept on a tight leash; instead, he is a promising raw talent who needs moulding. Tsunoda recognises that and is every bit as hard a taskmaster as Marko is.

“I naturally put more pressure on myself than other people,” says Tsunoda. “Sometimes that’s a positive and sometimes that’s a negative. I’m finding out how much pressure I can put on myself and when I can feel relaxed. Everything is a learning curve.

“After qualifying at Imola, I backed off a little bit in Q1 and lost confidence in how I pushed. Now I’m going back a little to the Imola way and need to push more from the beginning, building the confidence every race weekend. I’m not feeling very relaxed about that and realise that I need to build up slowly, because in F1, if you have a small or big snap, it’s very easy to crash.”

According to Tsunoda, AlphaTauri has taken a matter-of-fact approach to his teething troubles. It’s not about multiplying the pressure on him but more a question of highlighting the areas for improvement. You can see it even in the way he conducts himself out of the car, with his initial youthful exuberance tempered and a more worldly character being carved out by his experience.

And experience, or the lack thereof, is his main problem. Selecting when to attack and when to consolidate is a key skill of any elite athlete, and it can take drivers years to strike that balance. Speed can be innate to an extent, but it must be refined.

At Monaco, for example, Tsunoda promised a steady approach and accepted that you “can’t go full send immediately” but then cost himself significant practice time by crashing. Mind you, he wasn’t the only driver to hit the wall exiting the Swimming Pool section, so this could be easily shrugged off as a rookie error. 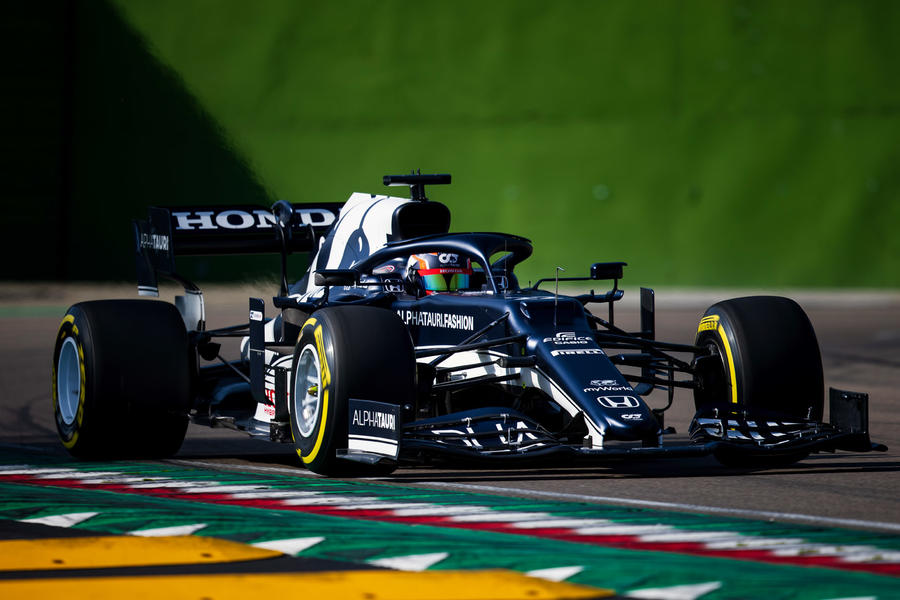 What happened on at the Spanish Grand Prix qualifying, where he yelled “I can’t f***ing believe this car” over the radio, having failed to reach Q3, then followed that up with an extraordinary complaint during a post-session TV interview suggesting that his car might not be of the same standard as his team-mate’s?

Tsunoda is generally unapologetic for his agitation over the radio, but he’s contrite regarding this situation. “What I said in Barcelona was unacceptable,” he admits. “It was ridiculous radio. The only thing I wanted to say was a bad excuse. I feel a lot of regret. Sometimes I get really frustrated, because I try to improve quickly and want the result.”

Tsunoda’s radio chatter certainly took his team aback during his early test outings last year. There were concerns that he wasn’t ready for F1 and that Honda’s desire to have its protégé in the car in the final season before it quits F1 led to a premature promotion. Those concerns were eased by progress in testing before the season reawakened the doubts.

However, as Tsunoda himself has said, F1 is meant to be difficult. Most rookies go through some version of these struggles; it’s how effectively they learn from them that matters. And if Tsunoda can do that and join the dots of his peaks of performance, he has the speed to make an impact.

His drive from as low as 17th on his debut in Bahrain to ninth for two championship points was excellent, showing a combination of impressive pace and decisive passing moves.

At Imola he was on course for points before spinning while rather audaciously trying to overtake Sir Lewis Hamilton, and in Spain he pulled off a great around-the-outside pass on Williams man George Russell before his race was curtailed by an engine-related problem. Then, despite dropping two places on the first lap following a late-race restart, he finished a creditable seventh in Azerbaijan.

These moments show the driver that Tsunoda can be. What’s more, it’s not simply a question of him always being ultra-attacking and sometimes pulling it off: he has shown real restraint at times, notably on opening laps, where he admits that he hasn’t been attacking enough.

On top of that, he has the usual challenges that face any rookies. Given that 39-year-old two-time champion Fernando Alonso admits he’s struggling to get the capricious tyres into their optimum operating windows in qualifying, it’s hardly a surprise that it’s proving difficult for Tsunoda. (And yes, he was just 10 months old when Alonso made his F1 debut with the Faenza team in 2001.)

Then there’s understanding the sensitivity of F1 cars. Here, every aerodynamic surface is worked to the limit, so wind conditions can dramatically change the feel of the car from corner to corner.

“There’s the tyre thing, but the biggest thing to learn is the wind effect,” says Tsunoda when offered the opportunity to blame Pirelli for his qualifying difficulties.

“In F1 especially, the wind effect is huge. Every corner is difficult: if it’s a headwind in one session and a tailwind in the next, the car feels completely different. I have to adapt, and now I’m in a learning phase. I just have to get used to it.”

Again, the matter-of-factness of Tsunoda shines through. While it might be tempting to assume his directness and refusal to make excuses is little more than mirroring the criticism that he has received from the likes of Marko, it’s clear that Tsunoda buys into it. Now that he understands how steep the learning curve really is, his capacity to learn from those mistakes will ultimately decide his fate as an F1 driver.

There’s genuine ability and promise in Tsunoda, and considering that this year’s AlphaTauri car is good enough to fight for top-10 finishes regularly, his results should improve. While the pre-season excitement was premature and the early races of his career on the whole best described as character-building, there’s plenty more to come from him.

The search for a Japanese hero 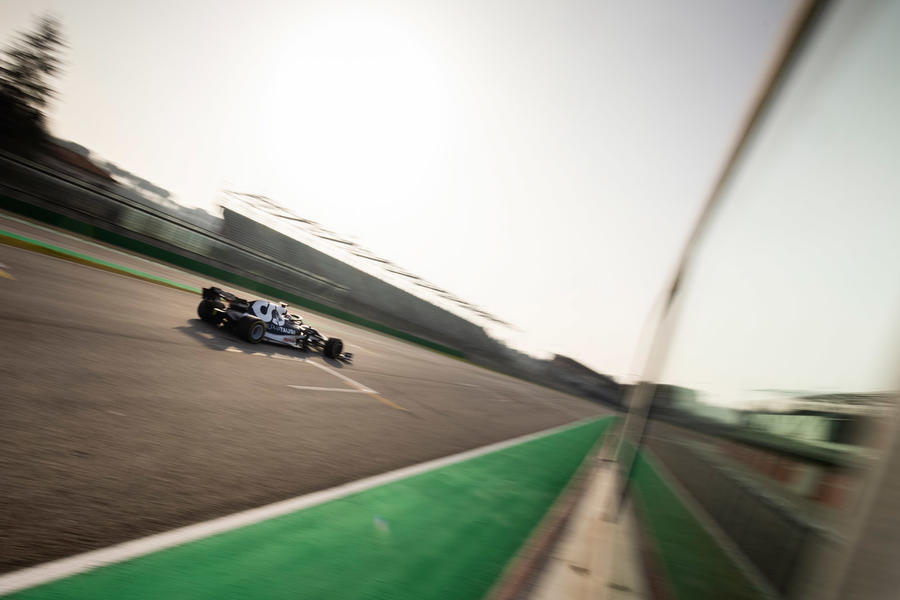 Japanese fans worship compatriot F1 drivers with boundless passion. You need only visit the Japanese Grand Prix weekend at Suzuka to witness the extremes to which they will go for a glimpse of their heroes. Yet their long wait for a Japanese grand prix winner goes on.

Tsunoda is the 18th Japanese driver to start a world championship race. Only three – the occasionally fast but often anonymous Aguri Suzuki, the underachieving future Indianapolis 500 double-winner Takuma Sato and Kamui Kobayashi, who is probably Japan’s best F1 driver so far – have stood on the podium, and never higher than the third step.

“I don’t think too much about getting P1s in the future, especially now,” says Tsunoda. “I’m way too far from that, so before I get P1s or even podiums, I need points and especially a top-five finish.”

“I’m not trying to force it. I’m focusing on building up the pace – the results will come from that.”

Reasons to be cheerful: 2021 Formula One season preview

Funny, he was going to be World Champion after his lucky race one finish and now he is rock bottom and the only way is up.  People really need to wait more than a few seconds before they comment, even now it is only 5 races in out of 23, so premature to really comment about a rookie driver.

Drivers today need a lot of money, they need it to progress, talent alone won't do it, the current newbies aren't doing it, even Schumachers Son isn't doing it, he has to carry the shadow of his Father, Mazarin, he can't keep in in track limits, gets flagged all the time, so, I don't care where the next Hamilton is coming from , as long as we get good races.

The problem with Foruma 1, to many rich kids and former forumla 1 drivers sons etc. When half the drivers coming into this elite sporting group have parents that are either millionaires or billionaires something is wrong.

Might not be the best time to highlight this issue as I'm not sure if Tsunoda is in this group but boy do Japan want a decent driver and maybe that was the driving force.