There’s no getting around it: the drive to squeeze motor racing into line and justify its continued existence in the looming shadow of the climate change crisis is awkward and, beyond any other global sport, all too easy to dismiss as flagrant hypocrisy.

On the flip side, motorsport people argue that voracious investment in new technology, driven by their insatiable thirst to be quicker than each other, makes Formula 1 the perfect breeding ground for sustainability solutions with universal application. It’s easy to be cynical.

The benefit-for-all argument is the overriding message behind new examples of ‘green’ technology recently introduced into motorsport by McLaren, which shares F1’s overall target of achieving carbon net zero status by 2030. One centres on the seat Lando Norris has been dropping his behind into since the recent British Grand Prix, the other on the construction of the team’s pit-wall ‘prat perch’ and engineering desk in the garage. Big deal, eh? Well, they might be if these are the first steps towards sustainable composites finding wider applications in racing car design, and then far beyond.

Norris’s new seat is made from a natural fibre composite that comes with an 85% reduction in CO2 emissions over traditional carbonfibre construction, according to life-cycle analysis. It’s the result of a collaboration with Swiss sustainability and lightweighting specialist Bcomp, using a material called Amplitex and a construction lay-up dubbed Powerribs. 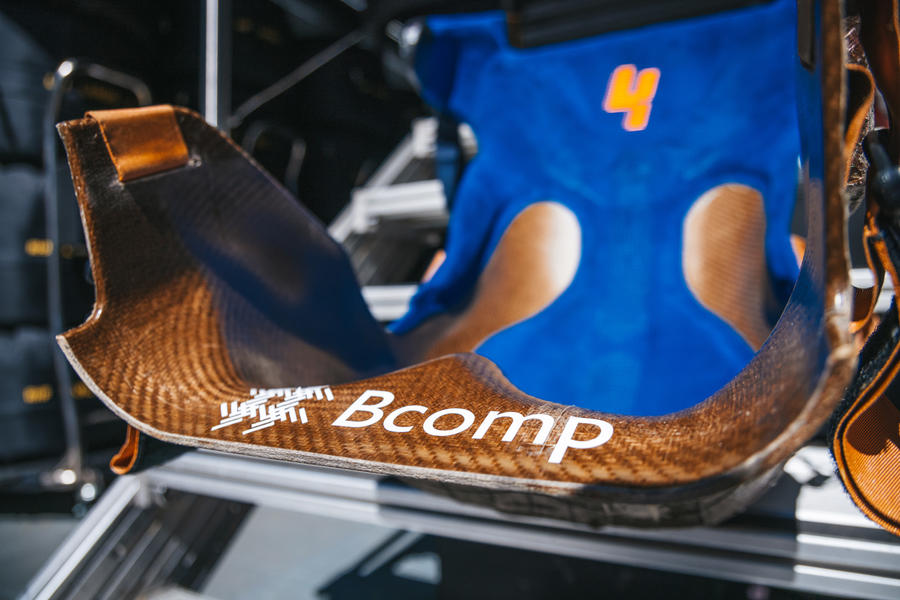 Bcomp CEO and co-founder Christian Fischer reckons that “even when taking into account the emissions in raw material production and manufacturing processes, we can reduce the vast majority of the seat’s footprint by replacing all carbonfibre plies with an optimised Amplitex and Powerribs flax natural fibre lay-up. If Lando’s seat needs to be replaced, since it is all natural fibre, it can be used for thermal energy recovery, turning approximately 80% of the energy stored in the seat into renewable energy.”

The technology has apparently been in development for a while, but McLaren admits it has been cautious about its introduction because of the comparative lack of track time drivers have these days in F1 – although we’d bet the sport’s competitive nature still means the lead time will be a fraction of what it would be in the mainstream automotive industry.

McLaren F1 design engineer Scott Bain says: “The lack of track time forces you to commit to running something like a new seat from the outset of a weekend because the last thing you want in a one-hour practice session is to be playing around with the seat. If the driver isn’t comfortable it can affect their confidence, which ultimately hinders their ability to extract the maximum performance from themselves and the car. That’s something we’re very conscious of, especially with Lando performing as well as he has been this year. We didn’t want to change anything that might throw him off.”

The new seat is manufactured from the same mould as Norris’s old one, and Bain says the 21-year-old offered “no feedback” – which in this case is a good thing. He couldn’t tell the difference, therefore the seat gained his seal of approval. 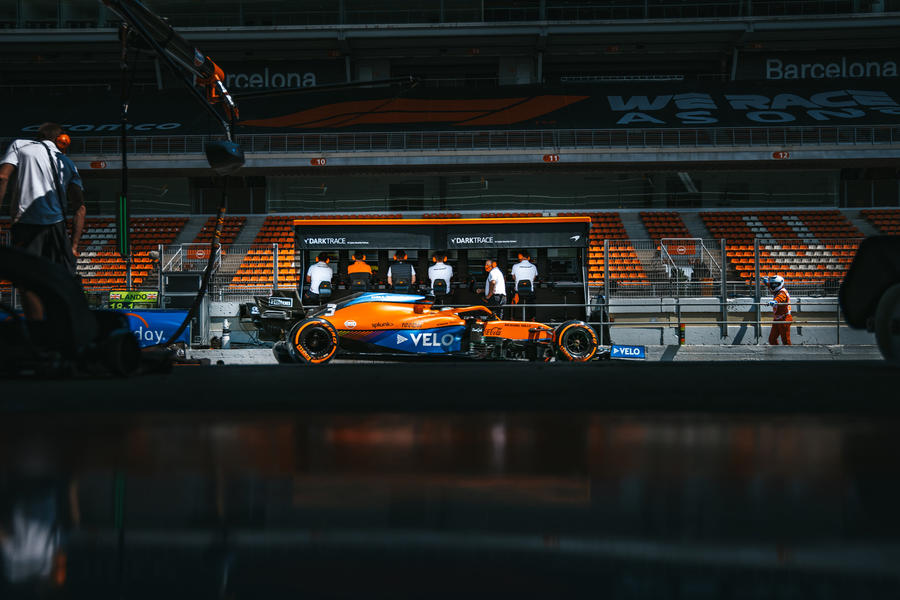 As for the new pit-wall stand and garage desk, the natural fibre composites used to make them brings a 3450kg weight saving. Again, a drop in the ocean when you are transporting 20 cars and thousands of staff around the world to 23 races a year.

But as with us all, McLaren and its rivals have to start somewhere. Such projects are proof that motorsport people are wide awake to the existential threat that is facing them, and stick by the adage that doing something is always better than doing nothing. The justification for motorsport has never been more troubling, but the battle has begun.

Opinion: Why hydrogen could be the future of Formula 1