BACK TO ALL NEWS
Currently reading: The four most exteme Defenders ever made
UP NEXT
Hot Hyundai Ioniq 5 N prepares for 2023 launch

The four most exteme Defenders ever made

Know your Pink Panther from your 101 Forward Control? Land Rover and specialist manufacturers modified the Defender to come up with these
Open gallery
Close

A few months ago, just before customers could no longer order a brand new Land Rover Defender, the brochure for the off-road icon featured 13 different models.

Okay, that’s not very many by, say, the standards of a BMW 3 Series. But consider this: every single model had the same engine and gearbox. The only differences between any of them were body style.

Short, long, longer; car, van, pick-up or exposed chassis. There’s nothing else quite like the Defender or the Series Land Rovers that came before it. 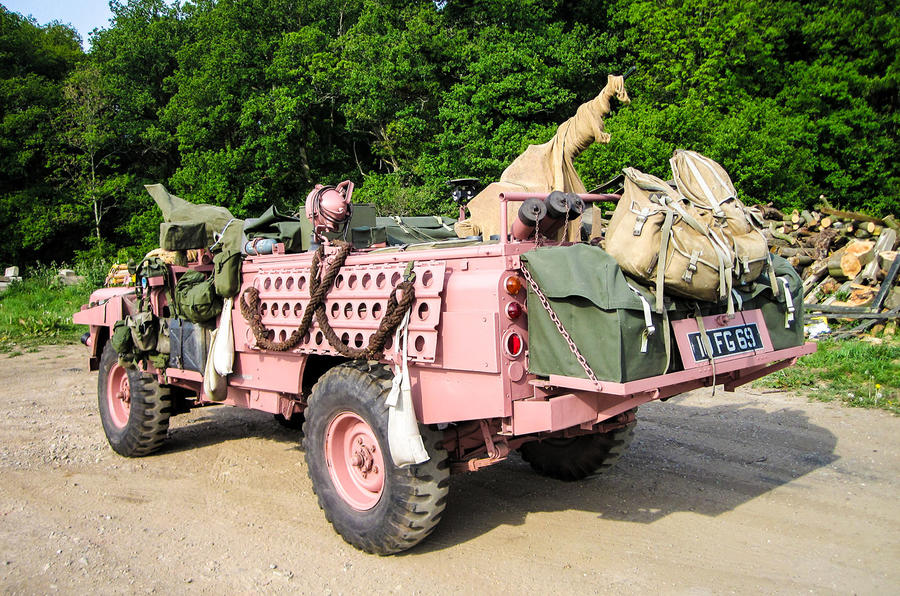 The military have liked the Land Rover ever since the British Army placed an order for a trial batch alongside the Austin Champ in the late 1940s. By 1956 the Champ was out of production and the Land Rover was filling the army’s needs.

In addition to ‘ordinary’ Land Rovers, armies have ordered ambulances, added halftracks, asked for a lightweight air-transportable vehicle and put the controls ahead of the front wheels.

Few, though, have been put anywhere as inhospitable as the SAS’s 109” Series IIA models, unusually painted for desert camouflage (particularly effective during dawn and dusk, apparently) and dubbed ‘Pink Panthers’.

Equipped so a three man crew could patrol for up to six weeks (with the odd air resupply), Pink Panthers could carry 100 gallons of fuel, had better cooling, quick-release jerry cans, uprated chassis. As late as the 1990s, Land Rover was developing and exporting new special operations vehicles, when the US Rangers discovered its Hummer 4x4s were too wide for Kosovo streets. 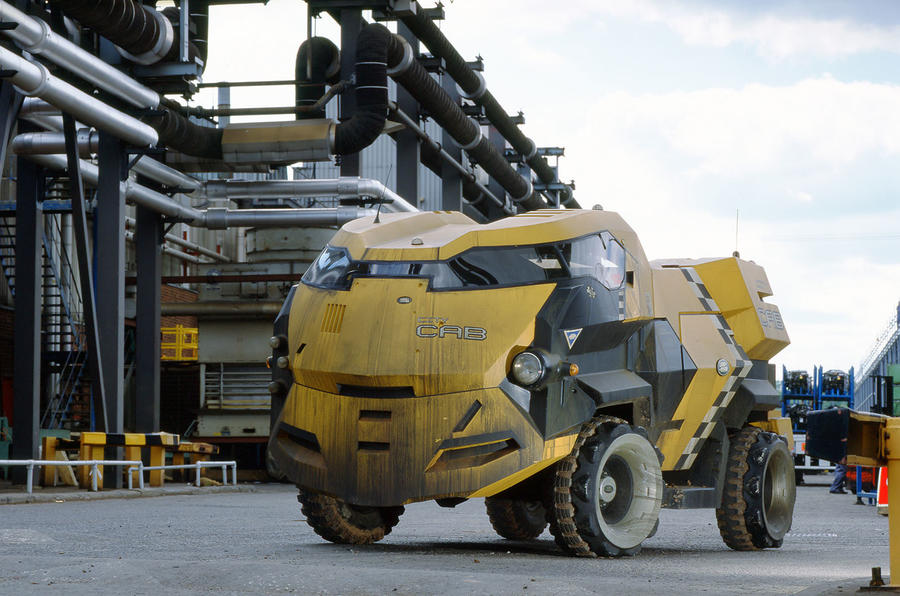 The 101 ‘Forward Control’ was made from 1972. Initially designed to tow field guns, they made good ambulances, radio vehicles and, today, are pretty cool campers, too.

None are so unusual though as the 31 cars bought and heavily modified for the 1995 Silvester Stallone film Judge Dredd, which reckoned Land Rover would be the future’s only surviving carmaker (a situation JLR wouldn’t be too unhappy about).

Film makers selected a Land Rover designer’s concept rather than their own for the appearance, and after filming most of the cars were sold off, some reverting to 101 specification but a few, lightly modified, were road-registered while looking like this. 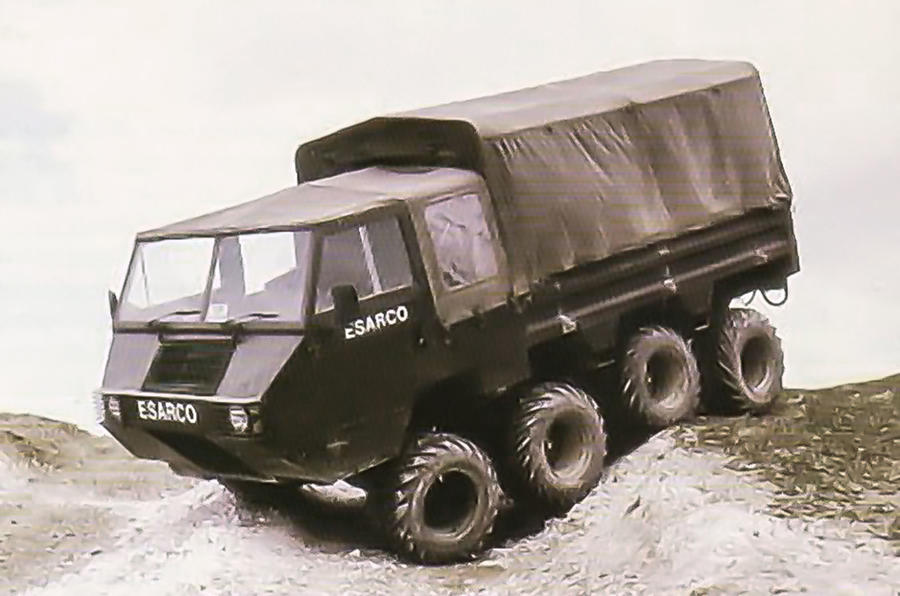 Land Rover-based, rather than Land Rover-produced, the Esarco all-terrain vehicle had eight driven wheels and a counter-steering back axle for greater manoeuvrability.

Sadly, even though the rights to it were picked up by both American and UK companies, neither could sustain it commercially, either for military or utility use. 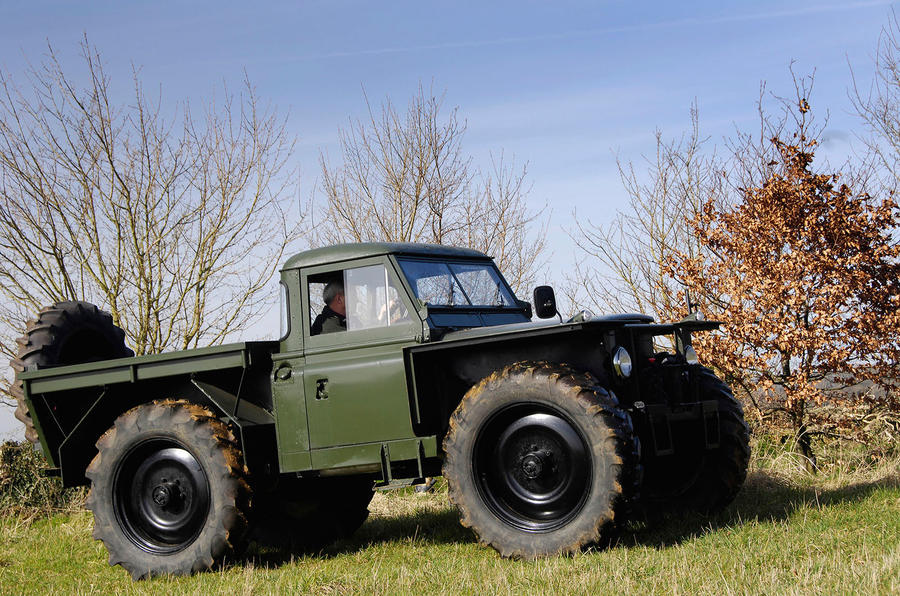 The idea for the ‘Forest Rover’, developed and made by a company called Roadless Traction, was pretty simple. The Forestry Commission was finding that its regular Land Rovers were getting stuck. So Roadless developed a version with tractor tyres, sold from 1961.

Obviously the engineering isn’t that simple. The front had to be modified with a 14in wider track so the wheels would clear the body, and although the standard engine and gearbox was retained, new axles with reduction gears brought the speeds right down.

That it was wider meant it could traverse side slopes well, and the height gave it terrific wading depth. Roadless made around 20.

Strictly speaking none of these are modified Defenders, especially the 101 which is effectively a unique vehicle in its own right.
typos1 12 August 2015

The Judge Dread one still