BACK TO ALL NEWS
Currently reading: History of the Volkswagen Golf - picture special
UP NEXT
Fisker goes radical with Pear EV SUV

As it reaches its eighth generation, we look back at the history of Volkswagen's popular hatchback
Open gallery
Close

The Volkswagen Golf has become a reference point in the hatchback world, a design which, like the Porsche 911, has evolved immeasurably over time whilst still retaining the essential character of the original.

Named after the Golfstrom, the German for gulfstream, the Mk1 Golf first appeared in 1974, when the hatchback genre itself was in its infancy. The Golf was arguably the car that turned the sector into the colossal market it is today.

46 years later, we’ve arrived at the eighth-generation model. This is how VW turned a humble hatchback to an icon. 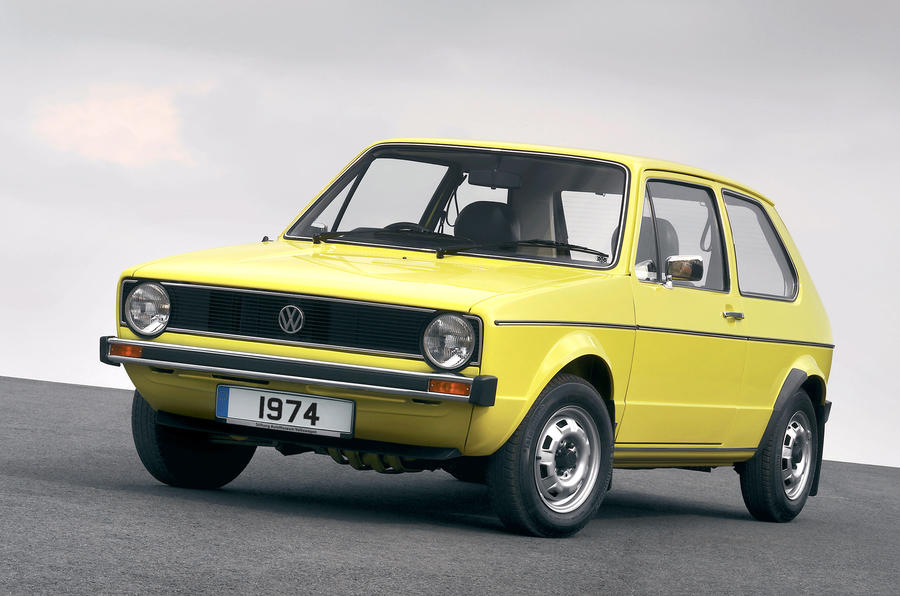 Designed as a front-engined, front-wheel drive replacement for the Beetle, the Golf’s crisp lines were penned by famed designer Giorgetto Giugiaro. So instant was its success that by October 1976 the one millionth Golf had already rolled off the production line.

The Golf was a neat and efficient family car, but thanks to the efforts of a small group of enthusiastic VW engineers it became a bone fide performance car too. An after-hours project for a ‘Sport Golf’ grew into the Golf GTI, released in the late 1970s and kicking off the hot hatch boom which continues to this day.

Giugiaro’s design was sympathetically updated by VW’s in-house design team for the longer and wider Mk2 Golf, which arrived in 1983. It went on to sell 6.3 million units before the arrival of the all-new Mk3 at the end of 1991.

It scooped the 1992 European Car of the Year award after the Mk2 Golf had previously lost out to the Peugeot 205 and Fiat Uno. The plusher and more expensive Mk4 appeared in 1997, continuing the soft-edged styling theme with even smoother, rounder design language. The larger and faster Mk5 came along in 2003, subtly updated for the Mk6 in 2008.

There have been estate and drop-top versions too, the Golf Cabriolet and its distinctive basket-handle rollover bar (engineered out on the Mk6 Cabrio) originally being built by Karmann on a dedicated line. 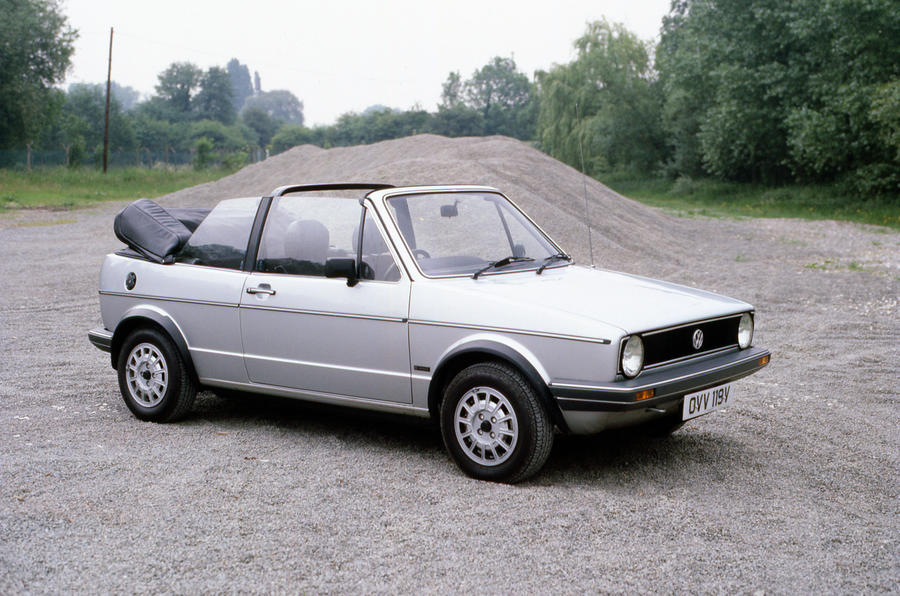 Countless special editions have been released, with early ones some of the most sought-after by the Golf's legion of hardcore fans. Models like the Mk2 Rallye, which combined VW's supercharged G60 engine with its Syncro four-wheel drive system and the jacked-up soft-roader Golf Country are hugely collectable.

Even later models, such as the Mk4 20th Anniversary Edition and the later Edition 30 and Edition 35 command huge premiums, such is the regard that the Golf's followers hold them.

While the GTI would remain front-driven, VW offered all-wheel drive for the Mk4 R32. A 3.2-litre V6 powerplant made it the most powerful Golf variant at the time, and subsequent Golf R models would continue that trend, even after switching to a more powerful 2.0-litre four-cylinder engine. The Mk7 Golf R saw power boosted as far as 306bhp, and the eighth-generation version looks set to increase that even further.

“One of the keys to the Golf’s success lies in its continuity, says Walter de Silva, VW’s Head of Design. “There are a handful of cars with a design that, like the Golf’s, has been refined, tweaked and enhanced down the decades and thus become timeless.”

While design for VW Golf evolved, Porsche 911's not

I disagree with the article when it says 911 design evolved. Over the years the design for the 911s remained same and unless you are an expert who is subjected to the 911s you will not be able to spot the difference, all look the same.
While the design for golf from the beginning is refreshing and every change it came with always had a tinge of freshness.
fadyady 28 March 2014

Golf - a legend of a car

A bit disappointed with the current styling but beyond a doubt Golf has become a legend. However must add that the styling has been going downhill since the MK1. With every ensuing generation it got worse until now. The current car - in isolation - is not a bad looking effort. However once you see it in line with its predecessors then it becomes unbearably boring.
rxl 28 March 2014

all look the same

I stop seeing pictures from the MK 4 onwards, because all look the lame, sorry,same! :D
View all comments (4)