BACK TO ALL NEWS
Currently reading: The history of speed record breakers: picture special
UP NEXT
Renault Scenic returns as radical EV with hydrogen range extender

While Bloodhound SSC waits in the wings, we look back at the most important machines used to break speed records
Open gallery
Close

Pitched at becoming the world’s first car to surpass 1000mph, Bloodhound SSC utilises the turbojet engine from a Eurofighter as well as a rocket to produce a staggering 133,000bhp.

But Bloodhound is just the latest in a long list of land speed record vehicles, built with the sole purpose of taking the ultimate Earth-based speed crown. Rewind back to 1898 and it was in fact an electric car, the French-built Jeantaud Duc, which held the record for being the world’s fastest car. Piloted by Chaselloup-Laubat, the first record holder crept its way up to 39.24mph and into the history books.

Those craving more speed only had to wait six years before the first major landmark was surpassed when fellow Frenchman, Louise Rigolly, raced past the 100mph barrier to 103.56mph in his internal-combustion engined Gobron-Brillie. The motor-vehicle was still in its primitive stages of development, but the age of speed had well and truly arrived.

Engines grew, aerodynamics improved and competition exploded; the race to be the fastest person on land saw men and women risking their lives to take the crown. Such was the rate of development in these early years that records were made and broken in the space of days. But the glamour of the crown saw drivers return and engineers push boundaries, the dream of being the world’s best keeping them firmly focused on their goal.

The first Briton to grab the title of world’s fastest was Lydston Hornsted, a racing driver who drove a modified version of the Blitzen-Benz at Brooklands in 1914. Producing just 194bhp from its mammoth 21.5-litre engine, the Blitzen raced around the Surrey circuit at 124.09mph, laying down a record speed that stood for eight years.

From here on land speed record cars began to demand longer, straighter roads in order to stretch their legs towards the next major landmark. With the peace of post-war Britain releasing land from military occupation, Pendine beach in Wales became a popular choice for UK-based record attemptees, thanks to its long, flat landscape. It was here that the 1925 Sunbeam Bluebird surpassed the 150mph mark, edging its way just over to 150.76mph, piloted by Sir Malcolm Campbell. 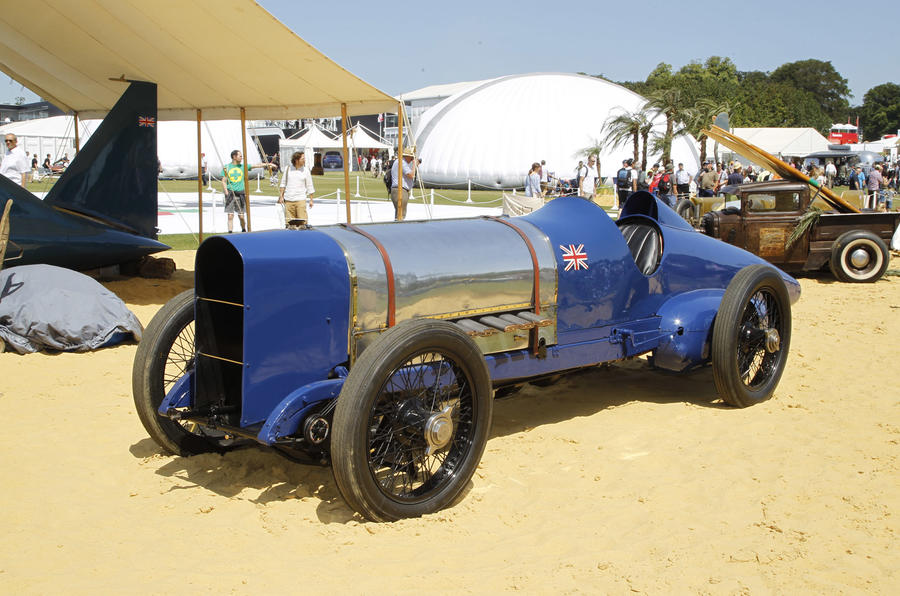 Two hundred was the next number to conquer for the world’s most daring drivers, but the beaches of England and Wales were too short even for an 890bhp car to reach it. So Sunbeam’s not-so-accurately named 1000HP was shipped across to the US to Daytona where the beaches provided just enough space for it to reach a 203.79mph top speed.

Unsurprisingly, tragedy was never too far away. Just one year later Indy 500 winner Frank Lockhart’s 1928 record attempt resulted in him dying on the Daytona beach after a tyre blow-out led to a high speed flip, throwing him from his car before a record could be set.

Despite this, improvements to car performance came fast and in 1935 the 300mph limit was passed, with Sir Malcolm Campbell edging his way up to 301.13mph in his Railton Rolls-Royce Bluebird. Conventional internal-combustion engines were reaching fantastic speeds for the time, but they were soon to be replaced by new technology.

As the depression of the ’30s faded to a distant memory, the freedom of the swinging-’60s spawned a new era of alternative power-sources. The year 1964 finally saw 400mph officially demolished with Sir Malcolm Campbell’s son, Donald, reaching 403.14mph in his turbine-engined Bluebird-Proteus CN7.

This was followed by a raft of jet-powered attempts, resulting in records blasting beyond 600mph in just one year. However, 700mph wouldn’t be reached until the turbofan-jet Thrust SSC II was created, the predecessor to Bloodhound maxing out at a supersonic 763.04mph in 1997. 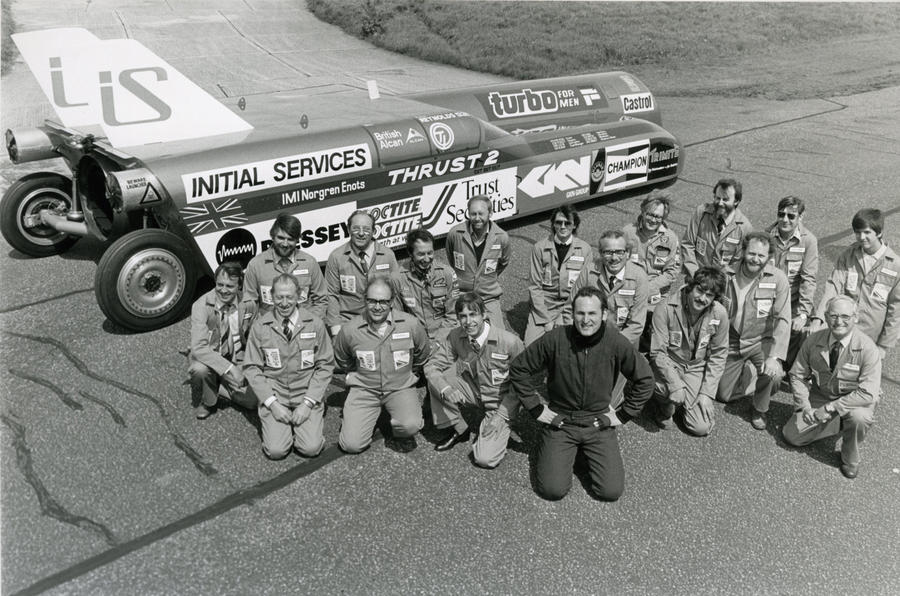 That record still stands today, and remains the mark for attemptees to surpass if they want to see their name etched into the record books. Such is the competition that just beating 763.04mph isn’t enough - today’s main contenders are all targeting 1000mph.

A favourite, Britain’s Bloodhound SSC, has had a turbulent life, having been rescued from administration by Yorkshire businessman Ian Warhurst in 2018. Since then the project has completed a series of test runs in South Africa, reaching 628mph with Thrust 2 driver (and current land speed holder) Andy Green behind the wheel. However, the coronavirus pandemic has meant any further record attmpts are likely on hold until at least 2022.

The Bloodhound project hasn't been without its rivals, with various names including Fossett LSR, Jetblack, Sonic Wind LSRV and The Bullet Project all promising to make their own attempts, but none have made the progress of the British effort. Competition could yet from Australia-based Aussie Invader 5R, and even a possible return from descendants of Sir Malcolm Campbell and his Bluebird, but the fate of US-based The North American Eagle is now up in the air following the tragic death of test pilot Jessi Combs in 2019.

Such a lengthy list shows how even over a century on from the first record, man’s quest to be the fastest is still very much alive. And with Bloodhound now waiting for an opportunity to push even harder, it’s clear that this speed addiction is no more prominent than here in Britain.

In pursuit of 800mph: How Bloodhound aims to break the land speed record

Land speed records: a history of a British obsession

why spend all that money developing a land speed record car? surely it would be easier to go to hertz and hire one?
connollyg 28 April 2014

Nice piece by a British magazine about Brits, hence no mention of Breedlove or Arfons!

Its a shame it lists a number of competitors who were around in 2010/11 but do not seem to be around now, only American Eagle and Aussie Invader appear to be current.

Not sure how a history of land speed records does not show Craig Breedlove at all. Very poor choice of photo's considering that.
View all comments (5)