Fastest SUV to lap the Nurburgring packs a twin-turbo 4.0-litre V8 and is available in regular and coupé bodystyles
Open gallery
Close

Mercedes-AMG has announced UK prices and specifications for the standard and coupé variants of its updated GLC 63 performance SUV.

The most expensive variant of the new GLC 63 is the S-badged coupé variant with the optional Premium Plus package, which adds a Burmester surround-sound system, keyless ignition and sliding sunroof.

For £4285, S models can be equipped with a high-performance ceramic brake kit, which features bronze six-piston calipers at the front and single-piston floating calipers at the rear.

Mercedes also confirmed that the SUV is capable of  22.2 mpg on the WLTP combined cycle, emitting 278 g/km of CO2, while the S variant manages 22.1 mpg and 283 g/km. The standard coupé offers a slight improvement, consuming 22.6 combined mpg and emitting 275 g/km of CO2.

Unveiled earlier this year at the New York motor show, the GLC 63 is the fastest SUV to have lapped the 12.9-mile Nürburgring Nordschleife.

The performance SUVs have received a series of subtle changes, most of which are focused on the exterior styling and upgrades to the interior. 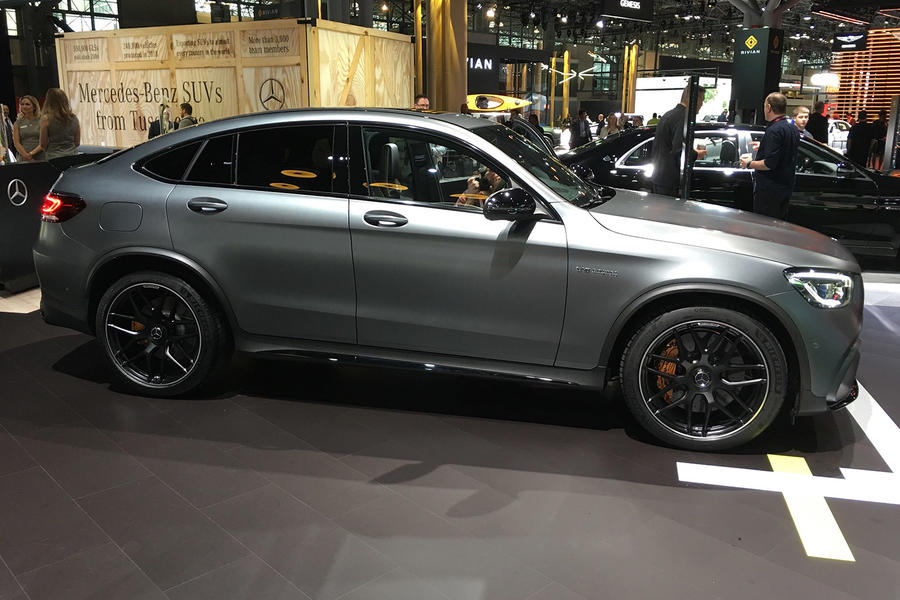 Is AMG's rapid GLC 63 SUV the answer to your prayers, or to a question nobody’s asking?

However, the most significant upgrades are found inside. Included is a revised instrument binnacle and Mercedes' new MBUX operating system with touchscreen, touchpad, voice and (optional) gesture control. There’s also a new AMG steering wheel that features touchpads within its horizontal spokes and offers additional upholstery options.

Power for the SUVs continues to be provided by AMG’s twin-turbocharged 4.0-litre petrol V8. Its output remains unchanged, so the standard cars make 469bhp and 442lb ft and the S versions 503bhp and 516lb ft. 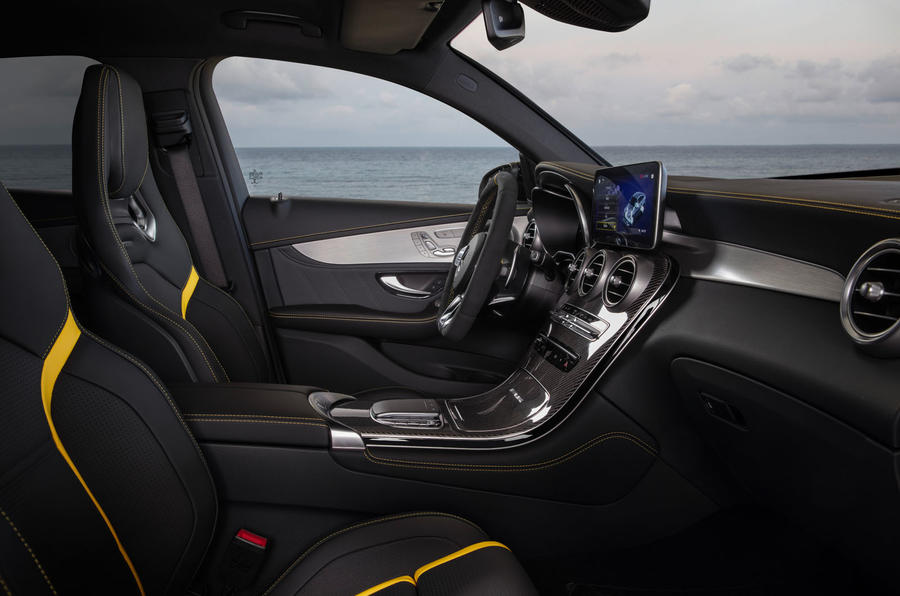 As standard, drive is channelled through AMG’s nine-speed Speedshift MCT dual-clutch automatic gearbox and fully variable 4Matic+ four-wheel drive system. As an upgrade, all models now come as standard with an additional 'slippery' driving mode for damp or wet conditions as well as an electronically controlled locking differential. 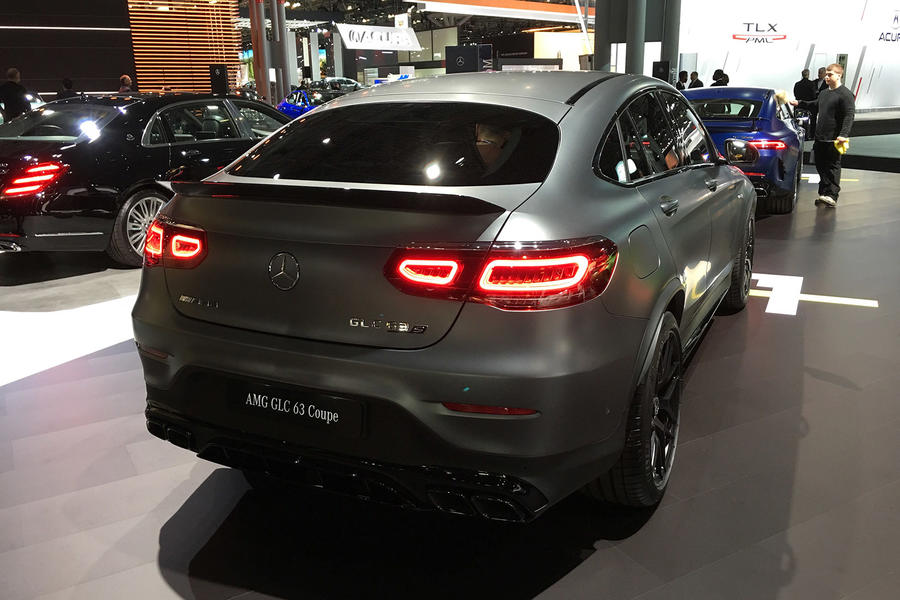 AMG says the facelifted GLC 63 S 4Matic+ has become the fastest SUV to have lapped the Nürburgring, with a time of 7min 49.4sec.

“The lap record on the Nordschleife has proven the GLC 63 is right at the top of its segment in terms of dynamics," said AMG chairman Tobias Moers. "With our V8, we hold a decisive unique selling point in the competitive environment. We were able to hone the dynamic even more and also further increase the suitability for every day."

So similar to a Type-R,then, but three times the price.