The five-door hatchback is expected to come to the UK, and a 320bhp WRX STI is planned to rival the Ford Focus RS
Open gallery
Close

The next-generation Subaru Impreza has been revealed at the New York motor show.

The new model has been shown in four-door saloon and five-door hatchback variants, but only the hatchback is expected to reach the UK.

The Impreza is underpinned by an all-new structure, called Global Platform, which will be used for all future Subarus, including a new WRX STi, which is tipped to be a four-wheel-drive performance hybrid.

Subaru is also keen to ensure that even standard versions are good to drive; our spy shots have shown the car being benchmarked against the Ford Focus and Mazda 3. 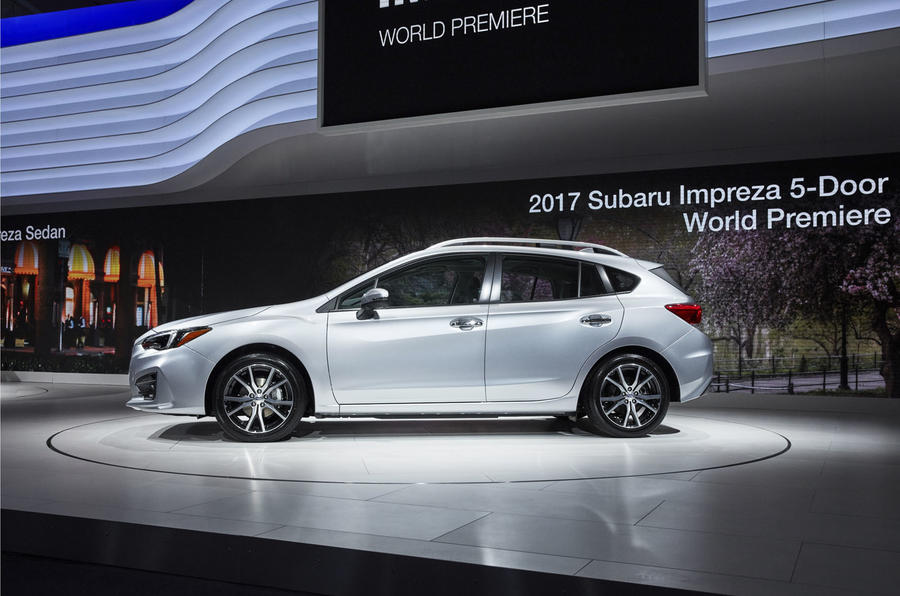 The new Impreza saloon and hatchback will be larger than before, with both wheelbases extended by 25mm over the outgoing model. Overall length is up by 41mm and width by 38mm. Height has been reduced by 10mm for a sportier look and better aerodynamics.

Subaru has confirmed that the Impreza will use four-cylinder, horizontally opposed engines and all-wheel drive. Exact specifications haven’t yet been revealed, but a new generation of engines with cylinder deactivation technology is expected.

Why Subaru's new wave of products will help reinvent the manufacturer

The Impreza will offer EyeSight collision avoidance technology for the first time and will also be fitted with Subaru’s latest infotainment system, which features voice control and a range of apps that can sync with a mobile phone via Subaru STARLINK. 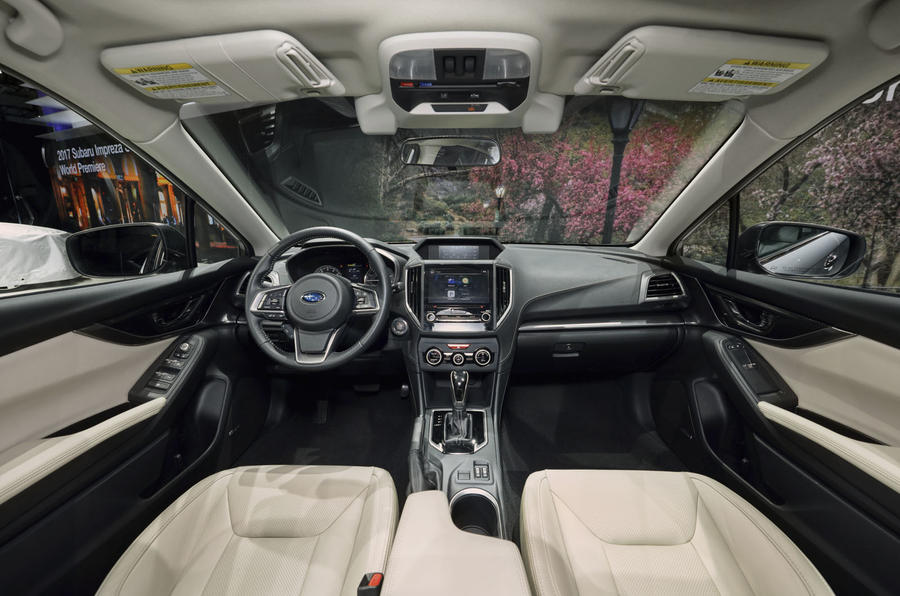 The Global Platform, which Subaru says “significantly enhances safety, ride comfort and agility”, will suit a range of bodystyles and powertrains, including Subaru’s all-terrain crossover and SUV models.

The anticipated WRX STi model is set to be the most radical yet. The performance version is rumoured to use a 2.0-litre turbo engine on the front axle and an electric motor on the rear. With around 320bhp, it will have the Ford Focus RS firmly in its sights.

First of all I'll declare an interest I own a Subaru XV and I'm well pleased with it,my first impression of the new Impreza is that it won't make my car look obsolete overnight but is an incremental development of it's predecessor.the new interior is a considerable improvement on my car although I suspect that the light grey seats may not make UK sec cars. The thought however of a new architecture & engine for Subaru however is a mouthwatering proposition and I look forward to sampling one on UK roads. The point of a Subaru is that they are engineered & built to the highest standard,the Focus RS is a fine car for the price,but for the Golf R the list price is just the entry point it's possible to up the sticker price of the vehicle by 50% by selecting from the large range of options offered by VW where the Subaru would be fully equipped apart from a few choices such as metallic/pearlescent paint.
xxxx 24 March 2016

If you were to judge it on the number of windows. Either way it's to ugly to sell in big numbers. Bring in the saloon I say
Cyborg 24 March 2016

I like Subaru but will they ever get their styling right? Really except for one of the generations of Legacy, and that coupe from the 90s I think. Their styling is always at best bland.
View all comments (10)