Land Rover has confirmed it is developing a two-door Range Rover SV Coupé that will be produced in up to 999 examples.

Arriving in the 70th year of Land Rover, the model pays homage to the original two-door Range Rover from 1970 (pictured below).

A single image revealing the interior’s four-seat layout has been released; it shows front and rear seats are trimmed in different-coloured leather.

The dash is familiar from the regular car, but the transmission tunnel remains raised into the rear of the interior, taking place of the middle seat.

Although it has yet to be revealed, Autocar understands that the the SV Coupé will mix the design of the regular car with bespoke features. Land Rover chief design officer Gerry McGovern has set the bar high with his description. 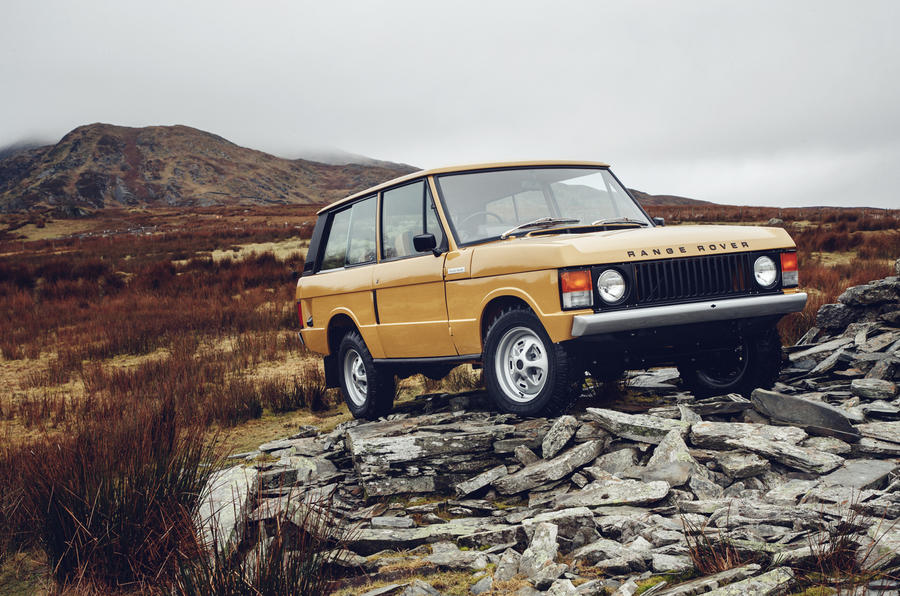 “The Range Rover SV Coupé is a highly compelling design with peerless refinement and uncompromised sophistication, from its breathtaking exterior proportions to its sumptuous, beautifully appointed interior,” he said.

It’s likely that the car will be powered by the top-of-the-range engine offered in a Range Rover – the supercharged 5.0-litre V8 that produces up to 557bhp in the SVAutobiography model.

Following a reveal at the Geneva motor show in March, customer cars will be produced by Special Vehicle Operations. No pricing has been announced, but the new model’s expected placing above the current range-topping SVAutobiography could see it priced at £200,000 or more.

It will be the only two-door super-luxury SUV on sale. Other SUV offerings in this segment, including the Lamborghini Urus, Bentley Bentayga and Rolls-Royce Cullinan, all have four passenger doors.

Just what we need, another premium 4x4 that looks like all the rest of the range.

Why don't JLR produce a back to their roots 4x4 that could be used to carry a sheep in the back?

Maybe they could call it a Defender

JLR sales are stagnating and they dont know why

"Add that to the fact that

"Add that to the fact that Jaguar's and Land Rover's design, technical and engineering prowess is simply miles ahead of those companies. " Wow..is this JLR's press-office?

Since the profoundly disappointing  early "reveal" of the new Defender, all Land Rover products are tainted in my mind by their desperate interpretation of "premium", to the exclusion of more practical vehicles.

Why would your respect be relevant? Why are JLR desperate? They build what people want to buy. Maybe there should be a special edition just for you that you could "respect" on behalf of all us people that don't own JLR products but we could sleep easy at night in the knowledge that they have your approval. If you don't want it don't buy it FFS!

I am in full agreement with

I am in full agreement with Pierre.

I love LR deeply, but they have sold their soul to bling and the school run.

Their new customers will be fickle, and quickly disloyal, once they get bored of the aging Range Rover design that is being reissued with every slightly different incarnation.