BACK TO ALL NEWS
Currently reading: Westminster council to charge diesel drivers 50% more to park
UP NEXT
New Hyundai Bayon to launch in 2021 as entry-level crossover

The Greater London borough will charge diesel cars 4p per minute more, which equates to £2.40 an hour and is 50% higher than the cost of parking a petrol-engined car, to park within its boundaries in a pilot scheme that starts on 3 April.

The change is designed to deter diesel drivers from entering the Westminster area in a bid to reduce diesel-related pollution. The council said the area of Marylebone suffers some of the highest pollution levels in London, so it is enforcing a ‘polluter pays’ principle to fight the problem.

The increase will only apply to visitors, meaning parking permit prices for local residents will remain unchanged. The council said extra money raised from the price hike would be invested in sustainable transport initiatives.

David Harvey, cabinet member for environment, sports and community, said: “Residents and visitors tell us all the time that air quality is a key concern in central London and we have consulted with our partners and local stakeholders on this practical step in improving our health and wellbeing.

UK government under scrutiny over diesel NO2 emissions

“We have had a positive impact and reduced vehicle emissions through our anti-idling campaign days and by encouraging sustainable and active travel. Additional charges for diesel vehicles will mean people think twice about using highly polluting cars and invest in cleaner transport that will make a real difference in the quality of air we breathe and our environment.”

However, FairFuelUK founder Howard Cox believes the scheme is unfair. He said “The decision by Westminster Council to add 50% to the cost of parking diesel vehicles is just greedy, unscrupulous money grabbing using dubious emissions evidence as the reason to fleece hard-working motorists.

"FairFuelUK has been calling for a grown-up debate regarding incentivising older diesel vehicles to change to cleaner fuels for the past seven years. Instead we are seeing more and more short-sighted, selfish local authorities looking at penalising diesel drivers with punitive taxation, congestion fees and now by hiking parking charges. Diesel drivers already pay more at the pumps to fill up than petrol. Other nations subsidise diesel with lower duty levels compared with petrol.”

London is among the worst cities in Europe for transport-related pollution, with Brixton Road in the city’s south exceeding its annual limit for nitrogen dioxide levels just five days into 2017. The levels of nitrogen dioxide had exceeded 200 micrograms per cubic metre 20 times by the 5 January, which is two occasions more than the EU’s limit for the whole year. Last year, the same limit was broken after eight days on Putney High Street. 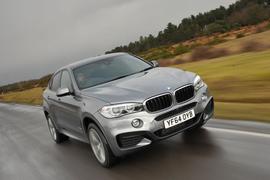 Glad to see that these disgusting diesel engines are finally having to pay up for the damage they cause..they never should have been approved for joe public. It's ironic that many of the diesel owners trying to portray delivery vans, coaches and lorries as the real culprits when the facts are that diesel cars stunts children's lung growth. I am very happy for diesel road vehicles to be taxed out of existence.
S2bear 1 February 2017

This is an injustice.
It is nothing more than a discriminatory, populist taxation scheme to generate further income by Westminster Council and it must be stopped before other (soon to be cash starved) councils adopt similar tactics nationwide.

As far as I can ascertain (from scant web research), an EU6 compliant Diesel car is permitted the same amount of Particulate Matter emission as an EU6 compliant petrol car and, slightly more NOx.

Furthermore, this policy only penalises cars which are parked. (am I missing something?)
Meanwhile, 20 year old cabs, delivery vans and private coaches that are belching out ridiculous amounts of everything, ALL DAY LONG, ie. constantly moving, will not be penalised whatsoever. Yes, London is terribly polluted but this scheme is completely crackers.

EU6 cars (diesel or petrol) are, by definition, within acceptable guidelines, in fact, it is not legal to sell a new car in this country if it doesn't comply. This has nothing to do with emissions and everything to do with greed. Westminster have has also restricted the access to Parliament Square down from 2 lanes to one at all points of entry and, knobbled the Embankment with similar restrictions to create almighty jams of… 20 year old cabs, delivery vans and private coaches.

If EU6 vehicles are unacceptable, then lobby to change the emission standards. If Westminster wish to put up parking charges ACROSS THE BOARD, then they are free to do so. However, how can it be justified to discriminate against the owner of one vehicle which meets the same acceptable emission standard as another vehicle?

Me? I would gladly own a plug in hybrid - It’s an attractive proposition, In fact, I want one but I can’t have one as I live in an apartment so there is nowhere to plug it in. Councils would do better to reduce pollution by giving apartment dwelling individuals (of which there are many in London) the ability to charge an electric or hybrid vehicle if they choose to, or at least base the congestion charge on a vehicle’s V5 emissions banding (Richmond Council give free parking to Band A vehicles, as one example) I think many people would adopt cleaner technology at their next car change if it was practically possible.

I want cleaner air but this is a blatant ‘scheme’ to plunder (probably hard working middle class) individuals because Westminster Council thinks it can get away with it.
Not by any stretch is this 'a start’ to solving London’s air quality problems.

You couldn't make it up

According to Autocar's own reviews, a Peugeot 208 1.6tdi filthy dirty environmental cesspit of a diesel returns a class leading 94.2mpg and produces 79g/km Co2.

According to Westminster council the owner of that Peugeot will be charged 4p/min more than the tree-hugging, lentil eating, ozone saving, greenpeace activist who drives an 8L, 11mpg, 596g/km Veyron because the Bugatti is obviously more environmental friendly.

Perhaps the real reason for this price increase is to scare all those pauper visitors away so that the Westminster residents have somewhere to park their Ferrari's and V12 Bentleys.