BACK TO ALL NEWS
Currently reading: Prototype carbonfibre tub completed at McLaren Composites Centre
UP NEXT
Lamborghini to launch four-seat EV crossover and electric Urus

The first prototype of McLaren's new Monocell carbonfibre tub has been delivered from the firm's new £50 million Composites Technology Centre (MCTC) in Yorkshire to its main production facility in Woking, Surrey.

Codenamed PLT-MCTC-01 (Prototype Lightweight Tub, McLaren Composites Technology Centre, Number One), the lightweight chassis is the first step towards saving weight across the company's model range in preparation ​for complete hybridisation by 2024.

McLaren will now subject the prototype to a thorough crash test programme in Woking, ahead of the 2020 launch of its first Monocell-based production model. 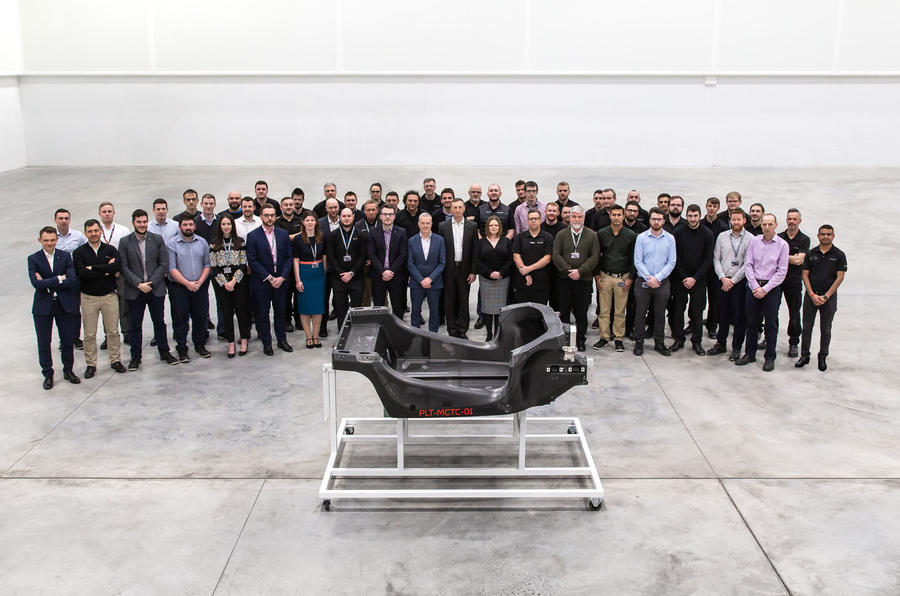 Wes Jacklin, the MCTC's plant director, said: "It's increasingly clear that with future heavier powertrain requirements, exploiting innovative lightweighting techniques and technologies is going to be a significant key to unlocking all the handling and agility characteristics that our customers demand."

McLaren's second production facility was officially opened in November by The Duke and Duchess of Cambridge, accompanied by the Crown Prince of Bahrain. It's located in the Advanced Manufacturing Park in Catcliffe, between Sheffield and Rotherham.

Full-scale production of the Monocell is anticipated to begin next year, with the current 60-strong workforce set to swell to more than 200. 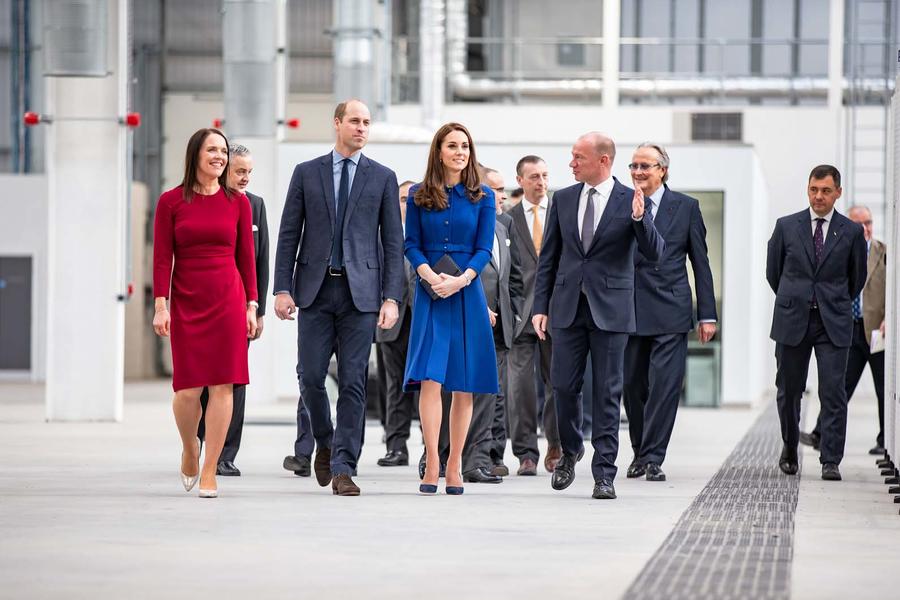 Currently, production of carbonfibre tubs for McLaren production models, including the Speedtail hypercar and upcoming grand tourer, is sub-contracted to a company named Carbo Tech that's based in Salzburg, Austria. This firm will continue to supply carbonfibre components to McLaren, with the MCTC producing only Monocell tubs.

The British content of McLaren’s cars will increase from 50% to 58% when the MCTC-made tubs are used.

Forty-five McLaren employees are located at the nearby University of Sheffield’s Advanced Manufacturing Research Centre (AMRC), which is now partnering McLaren. This team is set to grow to 200 and is working on pushing advances in carbonfibre tub technology.

Pre-production versions of Monocell tubs are being built in association with the university, while apprentices are being trained to work at the new facility.

In November, the unveiling of a commemorative carbonfibre plaque at the MCTC's opening ceremony was watched by representatives from Sheffield and Rotherham district councils, a number of senior local stakeholders and the facility's team of engineers.

At an event to celebrate the facility's opening, a McLaren Senna hypercar performed doughnuts to ‘christen’ the newly laid factory floor, which spans 75,000sq ft.

McLaren are just like JLR. They keep on announcing new stuff when they should be concentrating on how to make the cars they already produce work reliably.
Bazzer 24 March 2019

Is there a reliability issue,

Is there a reliability issue, then?

Surely it doesn't need 200 people to design and build a carbon tub? Must be more to the facility than that?

Do something about the spammers...