BACK TO ALL NEWS
Currently reading: Ford CEO Jim Hackett: “We need smart vehicles for a smart world”
UP NEXT
Kia EV6 named 2022 What Car? Car of the Year

Jim Hackett, Ford president and CEO this past five months, is in town to lead a revolution. In a nice way.

This is his first official visit to the UK: he’s here to open Ford’s new European Smart Mobility office, artfully located in the middle of a collection of technology start-ups and university satellites that have grown up in a collection of ex-Olympics buildings called Here East, near Stratford in distinctly non-leafy north-east London.

Here, Ford’s brightest and best technical talents will co-operate with others in similar cells around the globe to build what Hackett likes to call “smart cars for smart cities”. Electrification and autonomy are most certainly on the agenda because change is Hackett’s preoccupation. “The future is not a fantasy,” he likes to say. “As my old football coach used to say, you get better or worse, but you don’t stay the same.” 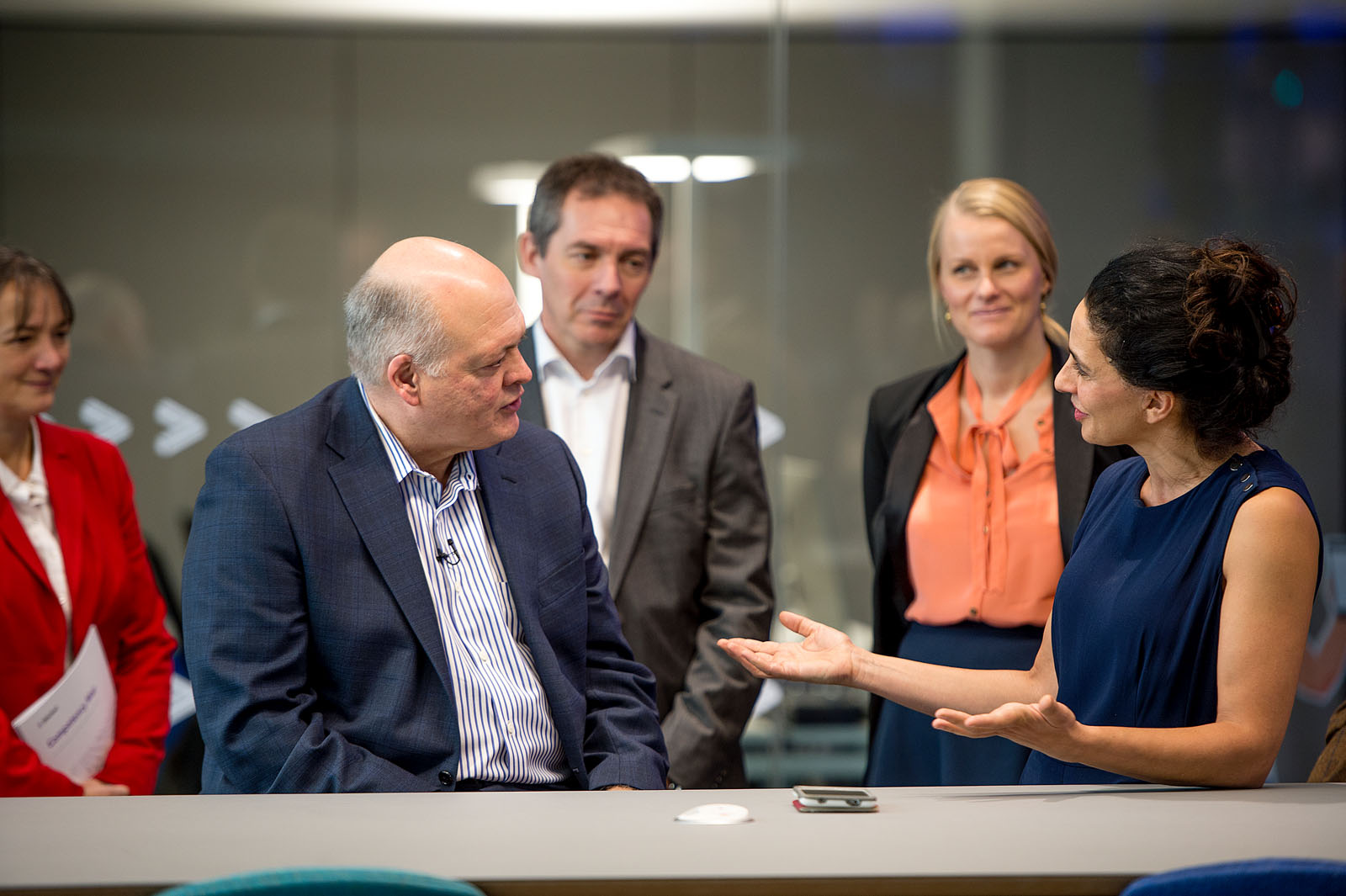 I’m standing with a knot of hacks, cameramen and Ford suits, waiting outside the new HQ for Hackett to arrive in an experimental Transit range-extender – in essence, an electric van that uses the celebrated 1.0-litre petrol three-cylinder engine to drive a generator. It is surely bound for production. He emerges impressed, although he looks a bit jet-lagged and momentarily nonplussed by the extravagance of our attention. It’s disarming to see that he doesn’t expect to be fêted. “I’m what they call a reluctant CEO,” he says. “I didn’t need all this to happen to be happy...”

A homely, lived-in sort of bloke whose frame belies his years as a college football star, Hackett has already been extensively billed as “a deep thinker” and “a leader experienced in driving transformational change” by the company’s executive chairman, Bill Ford, who has assumed the role of recruiter-in-chief since 2006 when he gave up the big job himself and brought in Alan Mulally, fresh from a successful turnaround at Boeing. Mulally’s ‘One Ford’ mantra and his adroit but lucky avoidance of a 2008 government bail-out put Ford back on the rails far sooner than GM or Chrysler and greatly enhanced it in the eye of the US public. Thus Hackett has big shoes to fill: hardly anyone spares a thought for the footwear of recently departed CEO Mark Fields, whose management time delivered several years of record profits, but whose relationship with new technology always looked distinctly brittle. On Fields’ watch, Ford’s all-important stock price fell nearly 40% – to a point where profitless Tesla, making only a few thousand cars a year, had a greater market capitalisation than Ford. The headlines kept saying so and it couldn’t go on. 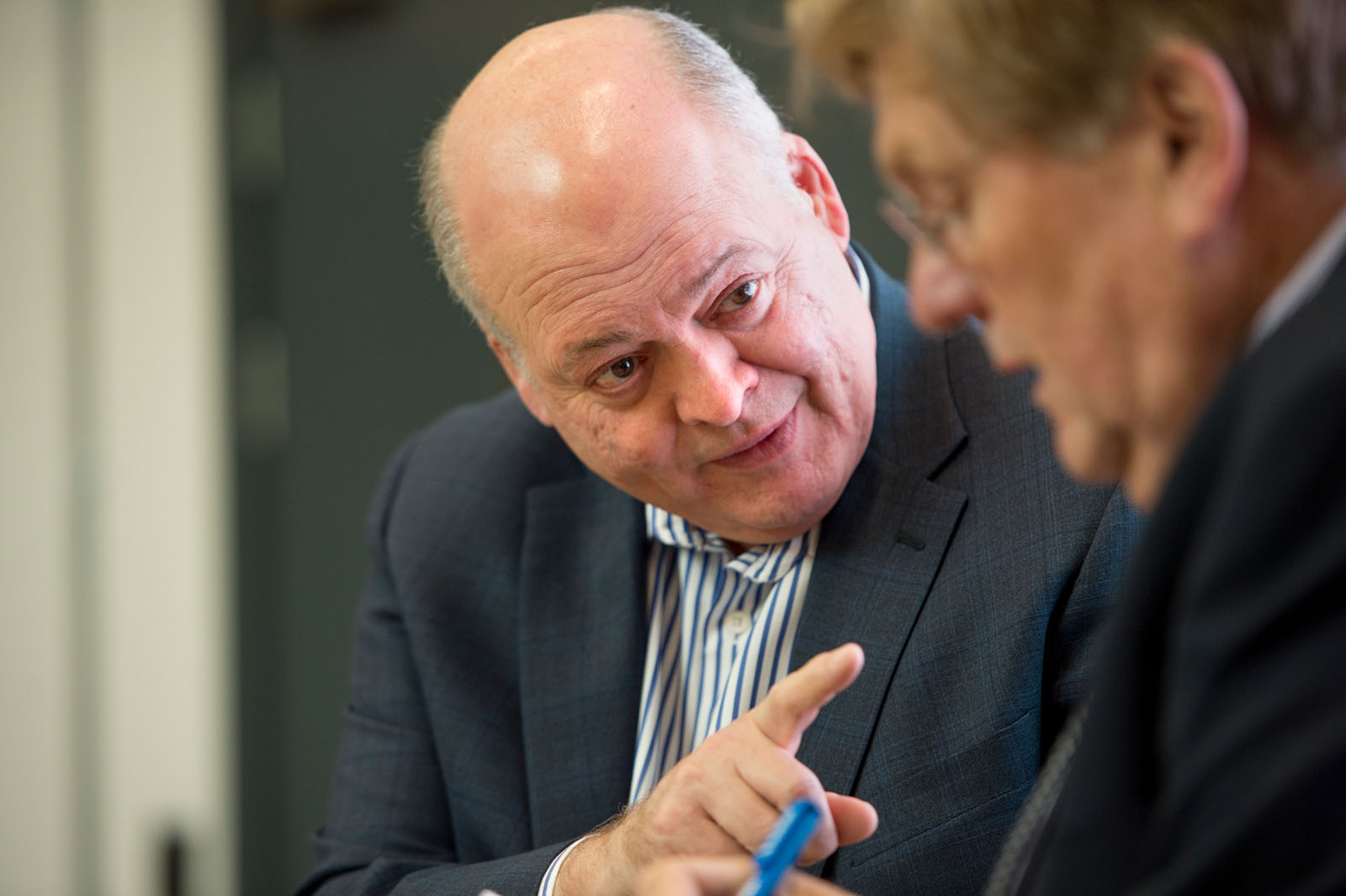 Hackett’s past five months have brought a modest stock upturn but, as the pitiless denizens of Wall Street keep observing, no greater than the recent upswing of the indices themselves. America’s markets are unashamedly short-termist and Hackett knows he has a big job ahead convincing them (happy as they are to make an exception of Tesla) that future tech at Ford can be a money-spinner.

For a guru of change, Hackett’s career at first glance looks curiously sedentary. After a few years with Procter & Gamble after college, he spent 35 years with an office furniture group, Steelcase, and taking directorships with banks and insurance companies. Should someone who always worked for the same company, and in the same place, be lecturing us on modern corporate development?

Well, yes, as it happens. The filing cabinet business went through a eureka moment when Hackett – as its 39-year-old CEO – led a team that ‘discovered’ smart working, and promptly started a revolution in office design. That achievement cast deep-thinking Hackett into a change guru and put him in daily touch with other leading American design thinkers. It also brought him to Ford in 2015 as chief of a new smart mobility division, which is why he was ready when Fields faltered. 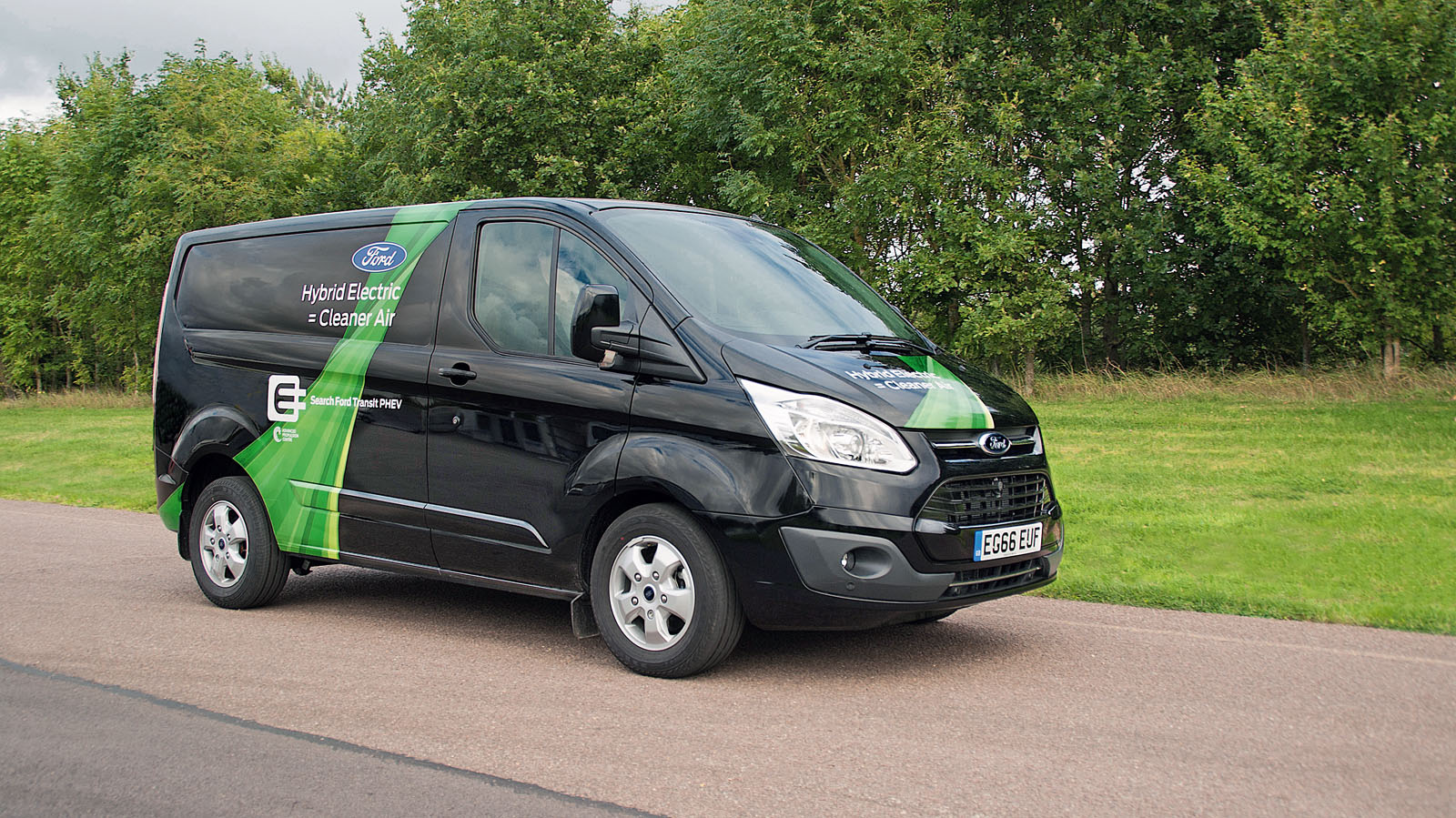 Talking vehicle connectivity, Hackett is instantly impressive. “We need smart vehicles for a smart world,” he says, “but cities are not ready. Their streets were never wired when they were built and nobody’s about to start digging them up now. Connectivity will provide answers.”

Progress must be continual, says Hackett, displaying his penchant for deep thinking on corporate behaviour by describing how market-leading companies have eventually failed by sticking too long to the source of their original advantage. “Take Pony Express,” he says. “I’ll bet their CEO would not have had a good board meeting the day he suggested they should ditch ponies. But it had to happen.”

Vital question: does this mean Ford has initially to stop making cars as we know them? (I’m a little concerned, having articulated my love for the Ford Mustang.) “Good Lord, no,” says Hackett, aghast. “You go right ahead and get your Mustang. What we’re finding is that people’s enthusiasm for their cars doesn’t decline when the method of propulsion changes. That makes the whole thing maintainable.” 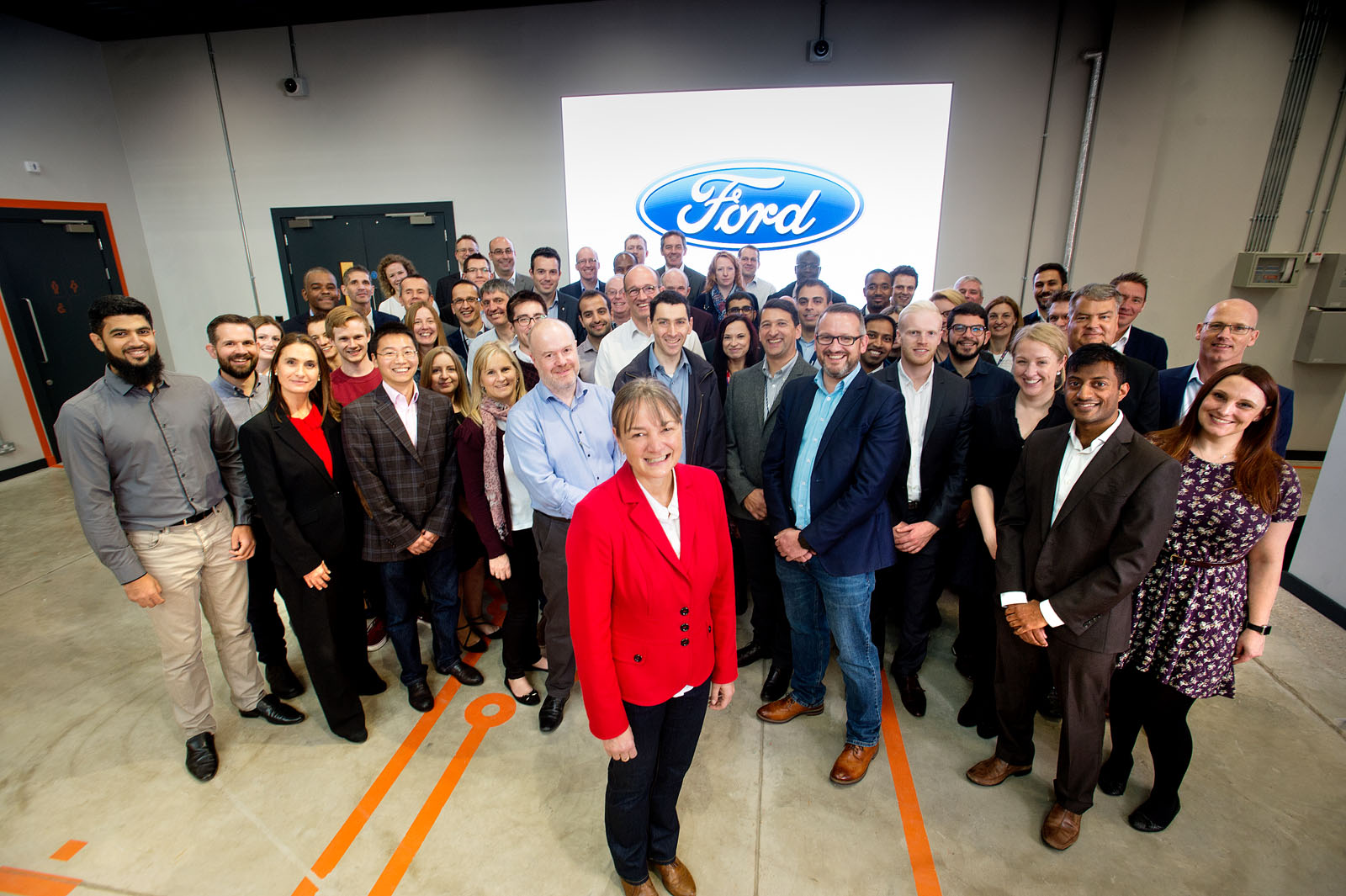 Still, I persist, surely there’s a huge job ahead to make people want these new-theory cars. You’ve got to take the public with you. Hackett promptly agrees, with provisos. “The technology must adapt itself to the requirements of the market,” he says, “and early iterations didn’t do that well enough. But the basic principle is to build trust. To make it clear to people that they can commit to Ford. Back in 2008, we earned their trust in ways they probably didn’t expect.”

When autonomous cars will arrive:

“It will be a progressive thing, just like computers. If you’re thinking about a vehicle that can drive anywhere, in any circumstance, it’ll arrive much later than 2021. Every manufacturer will tell you that.”

How autonomous cars will work

“It’s not going to replace the station wagon. The AV [autonomous vehicle] will do things the station wagon can’t – not just drive itself, but other things.” Adapting technology to customers’ needs “The technology has to shape itself around the market’s needs. Customers don’t want to rise upside down just because it’s possible...” 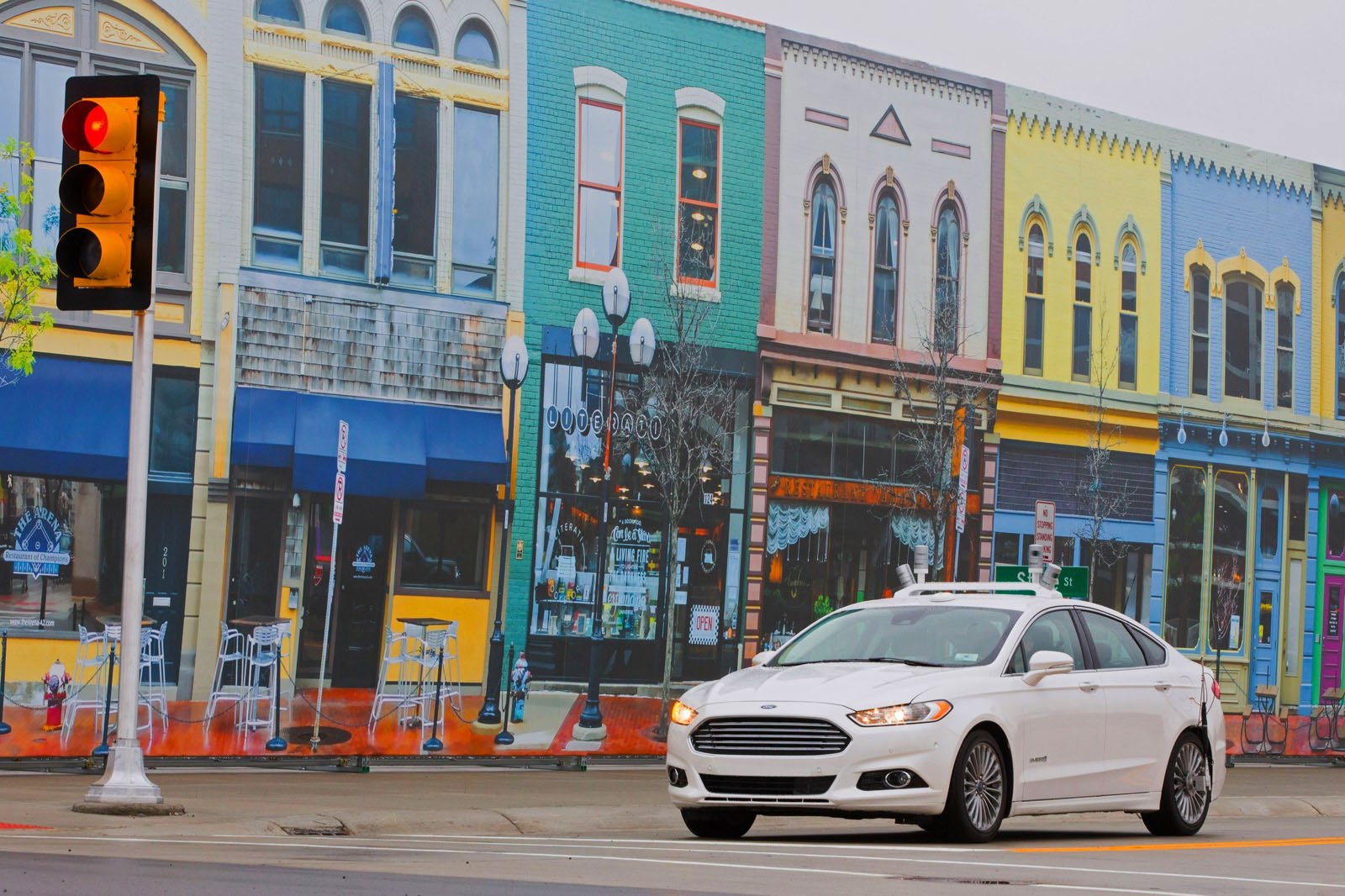 Leadership in the tech game

“We don’t intend to cede the future to anybody.”

“I have some things that are going to be coming out in the autumn. I’m a huge proponent of setting a healthy balance between thinking and doing.”

“London is one of Europe’s biggest mega-cities, and one of the most progressive in its openness to new ideas and new partners.”

The importance of fresh thinking

“Ultimately, we must accept that the virtues that brought us success over the past century are no real guarantee of future success.”

“When you’re a long-lived company that has had success over multiple decades, the decision to change isn’t easy, either culturally or operationally.”

People's enthusiasm for their

People's enthusiasm for their cars doesn't decline when the method of propulsion changes?

I have the constant feeling these guys don't believe in what they are saying, but feel obliged to say it.

I disagree that the markets are short termist. If they were, Tesla would have no value at all. What they are is ludicrously optimistic (or pessimistic) about the future. Hence the absurd valuation of Tesla.