BACK TO ALL NEWS
Currently reading: Carlos Tavares wins Issigonis Trophy at Autocar Awards
UP NEXT
Exclusive: Bugatti to launch hybrid Chiron successor in 2027

He spearheaded the turnaround at Peugeot, Citroën and DS and now he's picked up our coveted award. Tavares tells us his key to success
Open gallery
Close

Carlos Tavares, CEO of the PSA Group and recipient of Autocar’s 2016 Issigonis Trophy, enjoys any win, whatever its shape or size.

While working hard at a career that in 30 years has catapulted him into the front rank of world automotive bosses – and to the very top of the three-marque PSA Group (Citroën, Peugeot and DS) in just two years – 58-year-old Tavares steadfastly maintains his status as an accomplished weekend racing driver, proudly claiming that he’s done at least 10 events a season since 1983, in cars ranging from saloons to single-seaters.

However, his greatest success of recent times has been his abrupt and unexpected turnaround of PSA, a serial underachiever that flirted with bankruptcy as recently as 2012, having run up losses of £5 billion in just two years. Back then, PSA was forced to close its Rennes plant and make 8000 workers redundant, a move widely seen as an act of desperation. 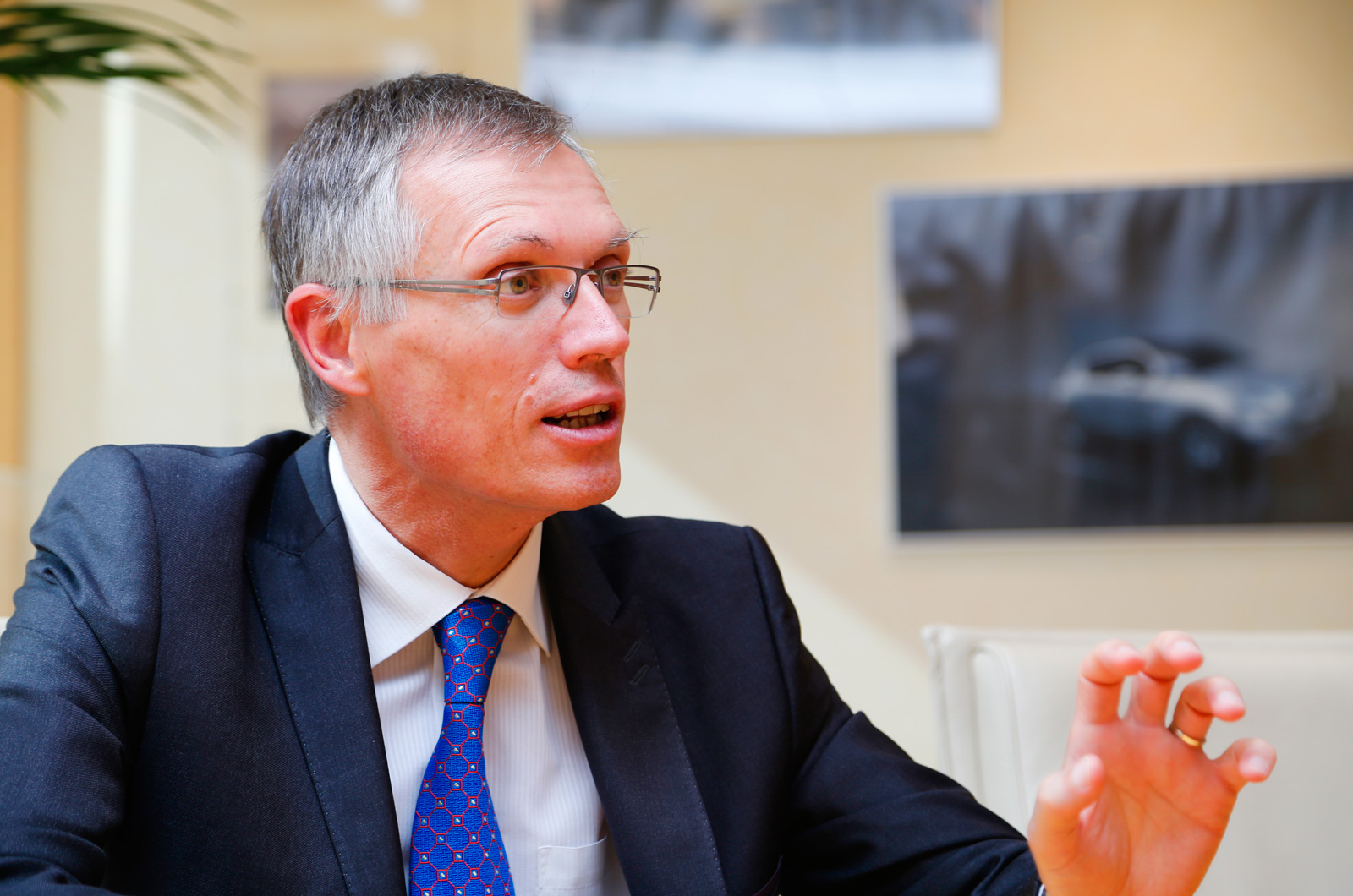 Tavares took the helm against this grim background and within months had announced a development plan called ‘Back in the Race’, which almost instantly bore fruit. Early last year, just over 12 months after taking over, Tavares was able to announce an operating profit of a few million pounds – and then resoundingly improved on it with a 2015 net profit of around £1 billion. An accompanying achievement was the return of a 5% operating margin, a figure that puts PSA into the front rank of automotive earners. Now ‘Back in the Race’ has been replaced by a new plan, ‘Push to Pass’, which sets targets reaching beyond 2020.

When I learned Tavares and I were to meet, I began to thirst for answers to two big questions. Seeing the turmoil and knowing the history, did he know he could fix PSA? And if he did, what was it about PSA that made him feel a fix was possible?

Tavares and I have met several times before, notably at a Nogaro race weekend in central France a few years ago when he was still second in command at Renault and was racing his 600bhp Nissan engined, all-carbonfibre single seater. So I knew from experience that he always answers questions.

“I don’t want to sound arrogant,” he says, “but I did know I could fix the company. I can remember saying so to my wife as we watched TV pictures of the demonstrations that followed the Rennes plant closure.

“How did I know? Principally, because of the quality and attractiveness of PSA’s products. I’m a car guy and I could see they knew how to do great cars. That’s vital. If the product is strong, it’s the rigour and thoughtfulness of the management that decides whether a turnaround is possible. And I felt I could provide those things. If the product hadn’t been good, it would have been a very different story.”

Tavares is equally forthright about what was wrong with PSA, an engineering company held back by a certain lack of nous about making money. “Parts of PSA still ran on the kind of old-style bureaucracy you find in some traditional French companies, with people working in separate silos. We fixed the silo problem, worked hard on the product and kept investing, and that helped make the difference.”

Weirdly, Tavares’s achievement of a 5% margin for 2015 didn’t impress the financial community. Some analysts noted that the PSA boss had been promising only 4% until 2018 and reckoned the positive variation might mean the good times wouldn’t last. When Tavares reported the bullish results and announced the new Push to Pass plan, PSA’s share price actually fell. Tavares counters the nay-sayers by pointing out that last year’s 5% was achieved with help from tailwinds (exchange rates, commodity prices) that have since become headwinds. The promised 4% is an average, he points out, to be held until 2018.

Tavares’s impatience with negative views of PSA’s progress (“This is their problem, not mine”) doesn’t prevent him from acknowledging that the group still has “issues”, although even these he turns positive. “If there were no issues, there would be nothing to fix,” he says with relish.

“In Latin America, where we were making red ink, we’re profitable and building market share. In China, there’s a significant push from local manufacturers bidding to build market share, and some of the Western companies are starting to throw money at the problem. That’s something we saw in Europe in 2008 and it’s a bad thing. It destroys pricing power and that destroys profitability. I’m in China next week to try to help people understand this.”

Tavares also acknowledges criticism that PSA still sells too big a proportion (two-thirds) of its cars in Europe, but cites Push to Pass as a big part of the solution. It’s largely about investment in new product, he says. Over the next six years, the three marques will launch 28 new cars in Europe, 20 in China, 23 in Africa and the Middle East, 17 in Latin America and 17 in Europe. Farther out, the company wants to go back to North America and get into India.

But Tavares pushes back any suggestion that, at around three million cars, the company’s current production output is too small. “To me, production is at the correct size when you’re making money,” he says. “When you have the funds, you can invest in new tech and new models. That means you can expand and grow, not as a final objective, but as a reward for a job well done.“If you target size, you make mistakes. Toyota, General Motors and Volkswagen have all done it.

“Of course, there are advantages. The higher the volume, the more you can dilute your engineering and R&D costs and the better lever you have on purchasing costs. But if your lever is too big and your suppliers go bust, that doesn’t help, does it? And if you dilute your R&D too much, you risk creating inefficiencies of bureaucracy and technocracy. So it all needs watching. Volume is certainly not the only answer.” 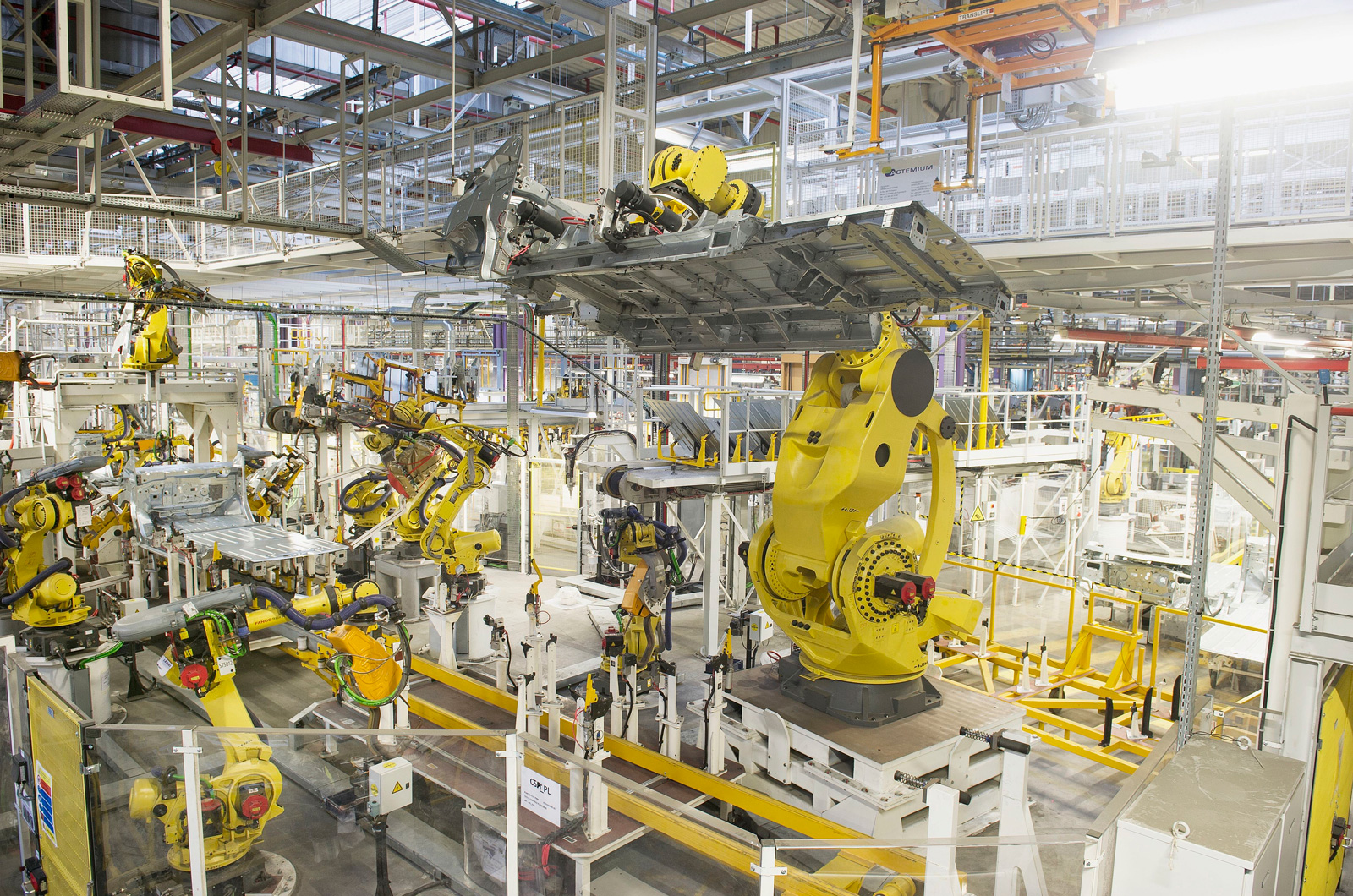 What about strategic alliances, then? “I certainly wouldn’t push back against that idea,” Tavares says, “but for us a strategic alliance would be a ‘nice to have’, not a must, because we’d be healthy and profitable already.”

Our interview time is running out. Tavares is already late for his next appointment at an unspecified location “to drive some big cars”. He doesn’t elaborate and I don’t chase it. Instead, we end with a quick exchange on car sharing, during which I ask my killer question: if the utilisation of every car rises from an hour to five hours a day, as we’re often promised, doesn’t that mean we’ll only need a fifth as many cars on the production line?

Some company chiefs, short of an answer, would counter this one with impatience: “Of course it doesn’t mean that.” But Tavares’s answer is a candid one that dignifies every preceding answer delivered in our 40 minutes together.

“I think we just don’t know,” he says. “That’s the situation. When it comes, we’ll all have to adapt. Which means talking company sizes again. That agility in a chaotic world will be even more important.”