BACK TO ALL NEWS
Currently reading: UK automotive fleet's carbon emissions down 11.8% year on year
UP NEXT
2021 Mercedes-AMG S63 due imminently with snarling V8 hybrid

The Society of Motor Manufacturers and Traders has released its 2021 Sustainability Report, showing that the UK automotive fleet has recorded its best-ever year for carbon emissions reduction.

The figures show automotive brands are investing billions into the development and production of zero-emission models. More than one in 10 vehicle registrations in the UK in 2020 were electric, and there was a 90% year-on-year increase in the number of plug-in hybrid (PHEV) vehicles alone, helping to bring fleet average carbon emissions down by a record-breaking 11.8%.

Electrified vehicles’ share of all cars produced in the UK continues to rise. Battery-electric vehicles (BEVs), PHEVs and hybrids accounted for 18.8% of all cars made, up from 14.8% in 2019, with BEVs claiming a 4.5% market share, up from 3.4% last year.

The SMMT noted vehicles were also being manufactured more sustainably, with 14.2% less energy and 36.8% less water used on average per vehicle than at the turn of the millennium. Total combined waste to landfill over that period dropped by 98.7% and CO2 equivalents per vehicle produced fell by 36.5%.

However, reduced production caused by the pandemic meant year-on-year energy increased by 11.2%, with waste to landfill up 19.9% and water usage up 8.3%.

The Sustainability Report also considers the economic state of the industry, and while this year's shows that annual turnover is up 25.7% compared with 1999 at £60.2 billion – with a more than threefold increase in R&D spending over the same period – it has declined by 24.6% compared with the same period last year. 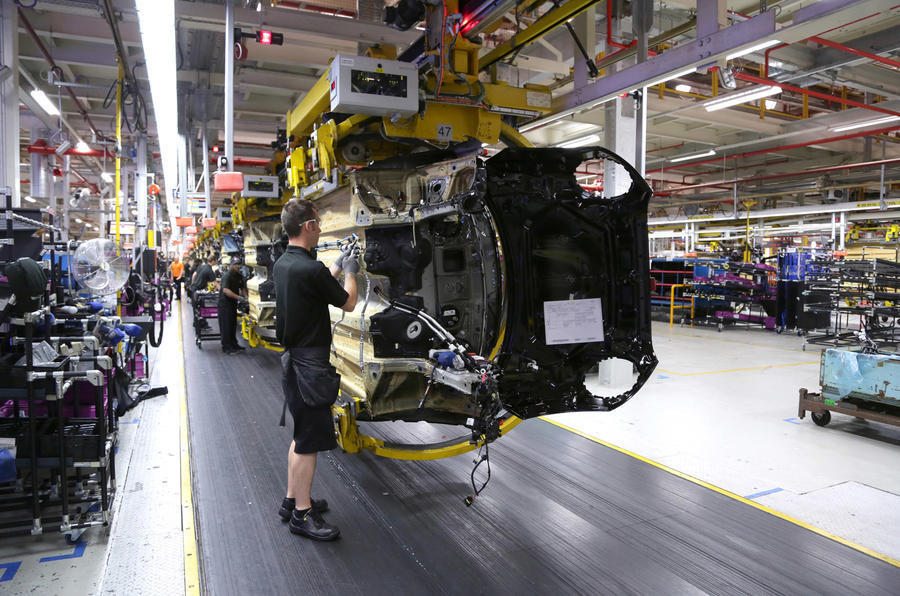 “The impact of the pandemic on a sector such as automotive, one which depends on global supply lines, strong consumer demand and a highly skilled workforce, was always going to be severe. As the latest Sustainability Report shows, economic and market growth stalled with many factories shuttered and retail closed,” said SMMT CEO Mike Hawes.

“Yet the pandemic also proved the importance of the sector as it turned its capabilities to PPE and ventilator manufacture and assured the nation’s mobility through the continued servicing and repair of vehicles.

“Despite the adversity, the industry’s commitment and investment in zero-emission vehicles remained undiminished, delivering the best-ever single year of fleet average carbon reduction.”

Despite the setbacks caused by the pandemic, the SMMT believes the move to electric will be bolstered by the introduction of new models, with 300 plug-in models expected to be available for customers by 2025, doubling current availability. The organisation also noted that charging infrastructure in the country must improve to support the increase in electric models.

PHEVs are looking increasingly irrelevant as the number of BEVs available increases.  PHEVs seem to be a short-lived technology that probably isn't worth bothering with.  Also, there is a tendency for drivers not to charge them, so consequently their real-world emissions are far higher than they look in SMMT stats.  Another good reason to just embrace change and get a BEV.