BACK TO ALL NEWS
Currently reading: Inside the industry: how does China have more EV firms than it can count?
UP NEXT
2021 Mercedes-AMG S63 due imminently with snarling V8 hybrid

Inside the industry: how does China have more EV firms than it can count?

As the Chinese government suggests mergers are in order, we look at who could thrive
Share
Open gallery
Close
Share story

It's telling that no one can put a definite number on how many EV makers there are in China today.

Estimates suggest 300, but such has been the speed and scale of investment as firms pile in to profit from the world’s largest car market’s singular focus on reducing its oil dependency that the scene is changing too fast for onlookers to keep up. But it’s likely that the boom is peaking, with the state now stepping in.

Last month, Xiao Yaqing, minister for industry and IT, declared: “We have too many EV firms on the market right now. We encourage merger and restructuring efforts in the EV sector.”

Of course, in China, the state gets what it wants – and the share prices of even the top 10 EV makers there by volume wobbled in the wake of those comments.

Sustainability means different things to different people. In China, the focus is on utilising the transport revolution to build EV mega-brands successful at home and – in time – abroad. That they make EVs, one suspects, is more convenient as an opening to exploit than as a means for environmental progress.

Could they succeed? Sure. Just consider the progress made by Chinese car brands in the past decade, albeit not just with EVs. While there are many varied reasons for their fall from grace, the collapse in the past five years of Hyundai and Kia sales (-60%) and from their 2014 peak Citroën and Peugeot (-93%) highlights both how quickly the market can turn and how, in the mid-market at least, buyers can easily be swayed to domestic makers.

It’s these profits from home market sales that will fund international ambitions. Who will thrive? China’s car industry is too big and too complex for confident betting, but it’s impossible not to recognise that SAIC (with MG), Great Wall (with Wey), Nio and Geely (with Lynk&Co) are already laying foundations in Europe. Addin ambitious multibilliondollar investments from tech firms such as Xiaomi (China’s Apple) and Zhiji (a joint venture between SAIC and Alibaba) and the number of serious contenders rapidly grows. 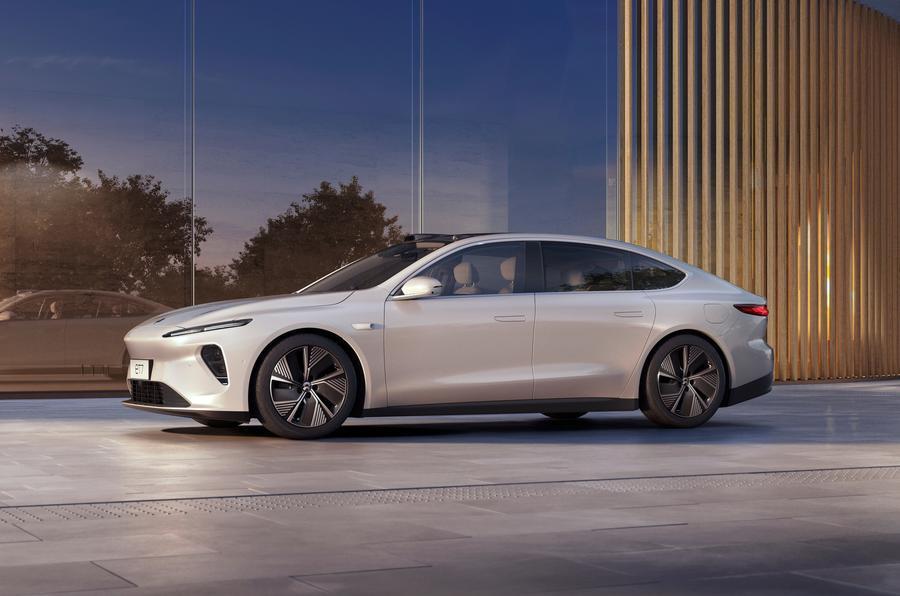 It’s a sobering fact that this list alone would add 10-15% more brands to those already here, in a market still considered awash with overproduction and waferthin margins. Can they really gain a foothold when the likes of Honda struggle?

In this context, Xiao’s wish for consolidated megabrands makes perfect sense. Much will hinge on having a competitive advantage (most likely in connectivity or battery tech) or a price one – something China has long led the world on, albeit with little scrutiny of anything from working conditions to environmental impact.

Diluting its chances of success through excess competition is not on China’s agenda.

This is so much BS.

This will definitely 'save the planet'. Hypocrisy on a grand scale!

This is so much BS.

This will definitely 'save the planet'. Hypocrisy on a grand scale!

Personally can't wait to get the filthy diesels off the road - sick of being choked just from walking down the road by DPF absent diesels.

And even in countries where there is a lot more coal used to generate electricity the greater efficiency of the power station makes the electric car better, especially in urban areas where they have an efficiency advantage. You are correct driving less is even better.