Books are a staple of many a family's Christmas festivities - whether usually received from distant cousins and instantly forgotten, or as a much-needed opportunity to escape into another room and avoid a rapidly brewing domestic dispute over who's winning at Monopoly.

For the car enthusiast, a day cooped up indoors with no chance to blast along a B-road or do a quick oil change might seem like a nightmare, but you can still have some automotive fun, and maybe even learn something, with one of our favourite books, as chosen by Autocar's writers.

I was tempted to pick Mark Donohue’s The Unfair Advantage – a book that has had a plug in every motoring anorak’s guide to Christmas reading that I’ve ever read – but I’m sure it’s already on your shelf. If it’s not, it certainly should be. Likewise, Into the Red by Mark Hales and Nick Mason. 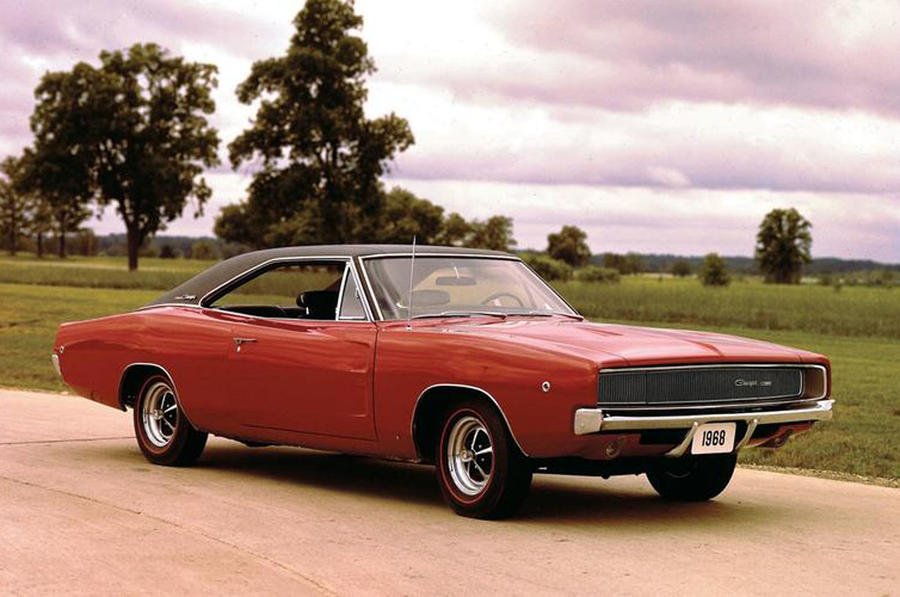 Instead, I’m going to suggest a collection of the car-related articles of American satirist and libertarian PJ O’Rourke entitled Driving Like Crazy. Libertarians make the best car enthusiasts, after all; and, as you’ll read, O’Rourke’s irreverent pieces are mostly about driving in North America in the 1970s and 1980s, when attitudes must have been more permissive than they are today. It’s a book perhaps best kept away from impressionable 16-year-olds. One of its chapters is called ‘How to Drive Fast on Drugs While Getting Your Wing-Wang Squeezed and Not Spill Your Drink.’

Many of the collected pieces appeared in US magazine Car and Driver at the time they were written, but I was much too young to read them – and this book is a great way to catch up. The author’s style is light and his voice is infectious. Better than Christmas TV by some distance. 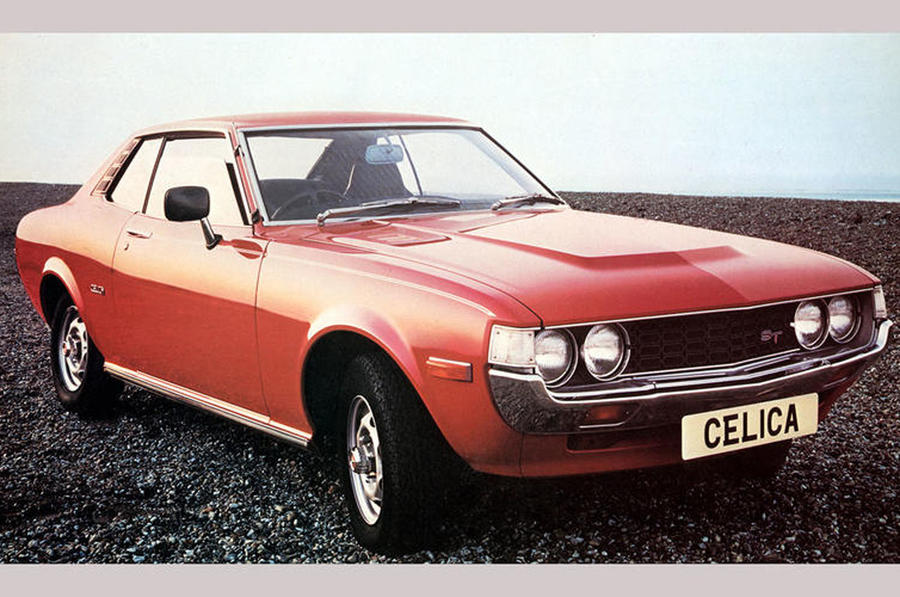 Japan in the Passing Lane was the one motoring book that made me feel something: tiredness. It wasn’t boring, but journalist Satoshi Kamata’s story of being a temporary worker at Toyota was so damned vivid, as he described the soul-crushing repetition required to survive the production line in 1972-73. Kamata detailed the terrible living conditions, atrocious canteen food, debilitating night shifts and which part of his body was aching that day. At least he didn’t get maimed, or die. Some did. The human cost of the Japanese economic miracle was a high one. Grim, but brilliant. Like a Corolla. 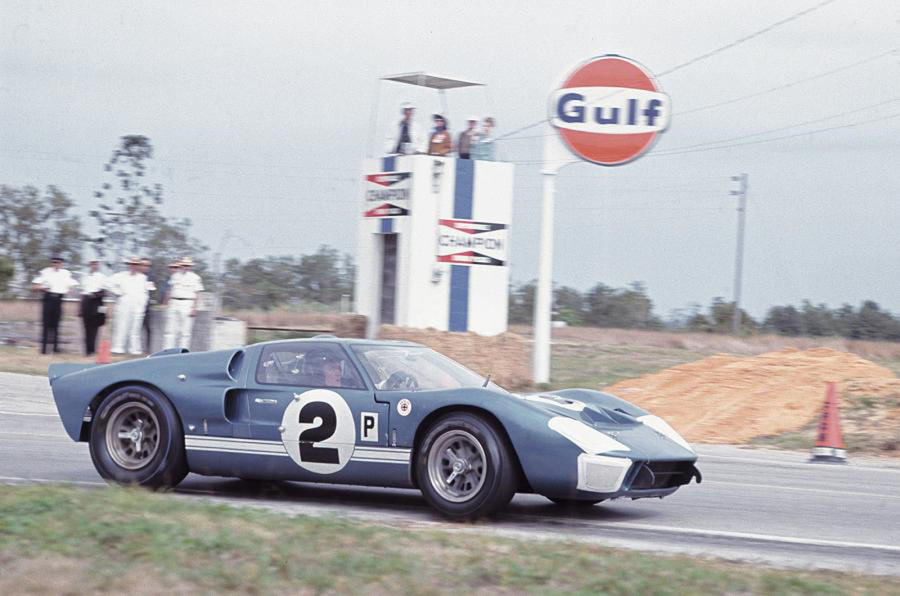 Don’t be put off by the technical title: this book is the best I’ve ever found on the basics of chassis engineering and vehicle dynamics. Smith was a hugely experienced race engineer who worked with John Cooper and Carroll Shelby, among others, as well as Ford’s original GT40 Le Mans project. There’s plenty of proper engineering in it, even a few equations, but Smith explains the fundamentals in a light, accessible style with plenty of wry comments based on personal experience and some charmingly hand-drawn sketches. It was aimed at club racers, but all the fundamentals are equally true for road cars. 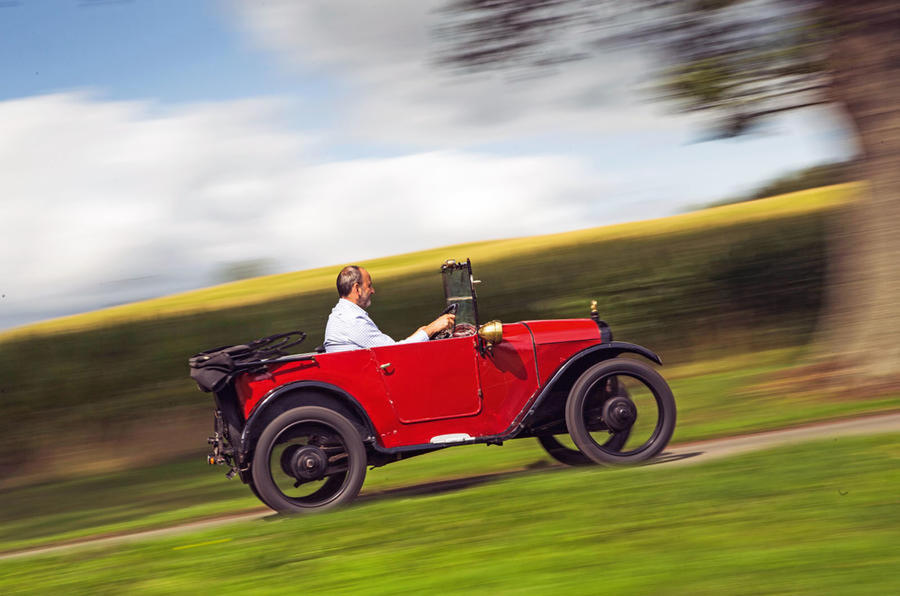 I bought this when I bought an Austin 7 Special. Part diary, part technical build handbook, Building and Racing my ‘750’ is the story of an ordinary bloke with no experience and no power in his garage turning an Austin 7 into a 750 Motor Club racer, which he goes on to race against the likes of Colin Chapman, and race well. More ‘how I did it’ than ‘how you should’, it’s written with great generosity and warmth and is surprisingly comprehensively photographed. “It is quite an extensive treatise, and no enthusiast can fail to be interested in it as a story as well as a handbook,” said The Autocar in 1955. I think the same today.

Even though Damon Hill was the son of a two-time Formula 1 champion, his rise to the top of motor racing was by no means charmed or straightforward. Hill’s autobiography details his journey from childhood, through adolescence and into his adult years with such honesty that you come away feeling as though you know him personally. 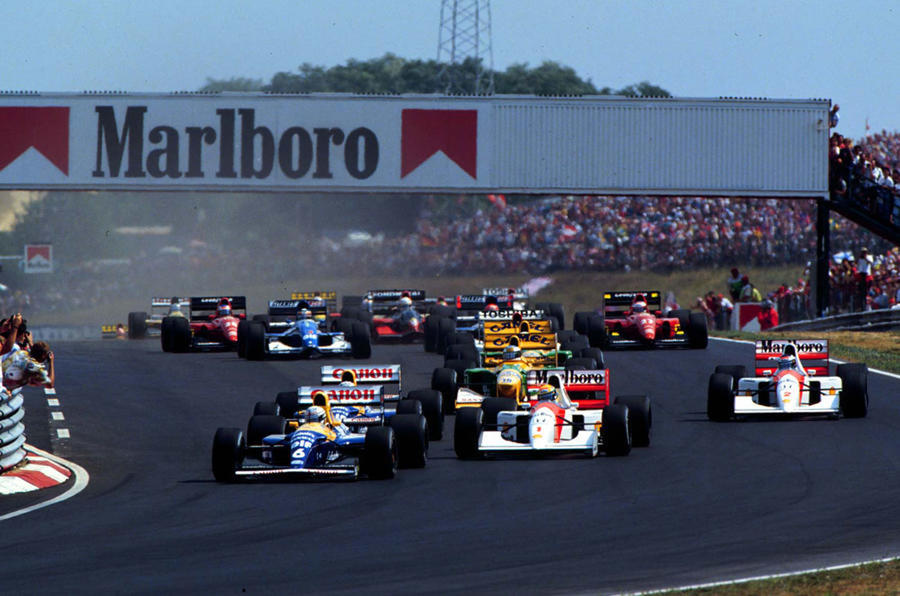 It says a lot about the man that, having started out racing motorcycles, he didn’t actually compete on four wheels until he was 23 years old, by which age Lewis Hamilton was already an F1 world champion. Hill’s story truly is a remarkable one.

Damon Hill’s autobiography, Watching the Wheels, is one of the best racing driver biographies that I’ve read and I’ve read a lot. I own a decent collection, too.

Hill’s book is fantastic for several reasons. Firstly, in a very modest way, it shows just how good a driver he was. Secondly, it is a brutally honest self-analysis; the difficulties he faced after his father’s death and of what motivated him to race. Thirdly, it’s really well written and I have it on good authority that he had only a small amount of help with it. Finally, Damon and I worked at the same motorcycle courier company in London and his tales of those days stir up a bit of nostalgia.

My choice is naive, in the sense that I first read it as an undiscriminating teenager 50 years ago. Perhaps that’s why I love it so much: it takes you back to a simple era of young people discovering cars and how to drive them without the advantages of money, specialist machinery or even decent venues. 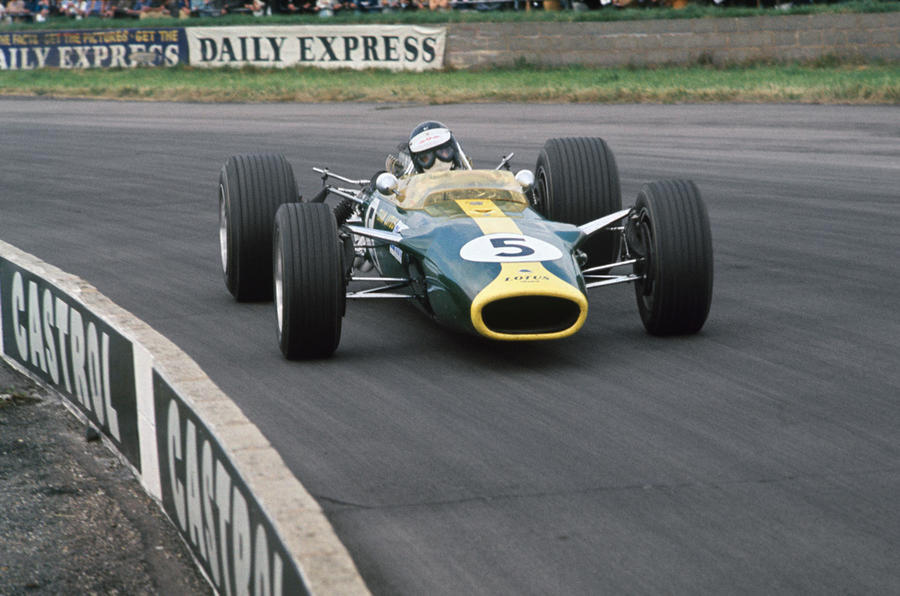 My conviction at the time – on the evidence of some illegal bush driving in an old Ford – was that I, too, was a driver of unusual talent, just waiting to be discovered. Graham Gauld’s simple and intimate writing style, describing up close the exploits of his friends Jim Clark (soon to become Formula 1 world champion) and Ian Scott-Watson (first to recognise and nurture Clark’s talent) was so compelling that I can still recite parts by heart.

The particular tale of Scott-Watson giving Clark an impromptu ‘go’ in his DKW at a Scottish handicap race – and discovering that his friend was so much faster that the handicappers presumed he (Scott-Watson) had been sandbagging – will live with me forever. As will the three or four copies I own of Gauld’s innocent little book. Even the discovery that I was no driving prodigy hasn’t affected that. 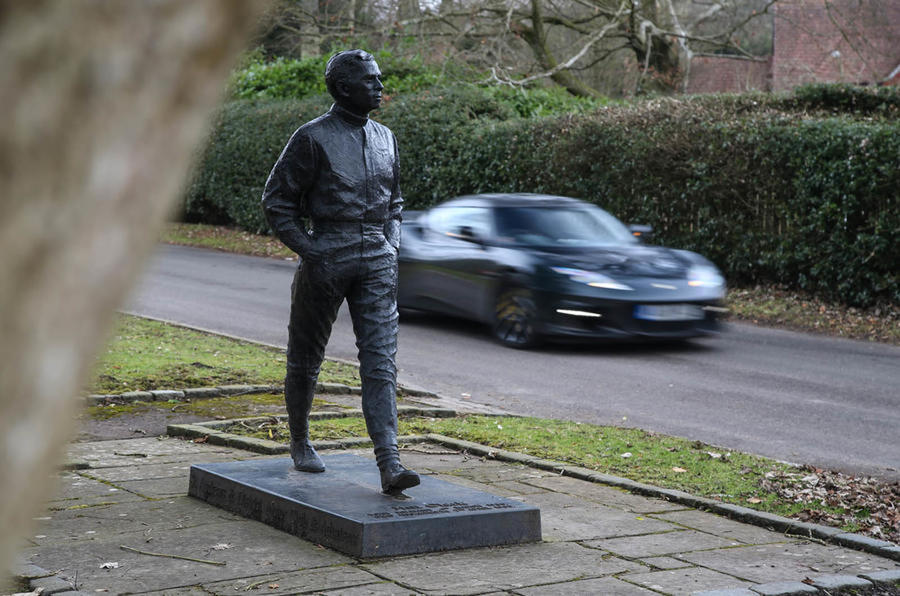 You may have never heard of this car, you may never have seen one and you may not care about an oddball 1960s American car that changed the course of history. But you will have benefited from its existence. The Chevrolet Corvair, the main accused in the pivotal book Unsafe at Any Speed by lawyer Ralph Nader, featured a series of potentially lethal engineering shortfalls as standard. 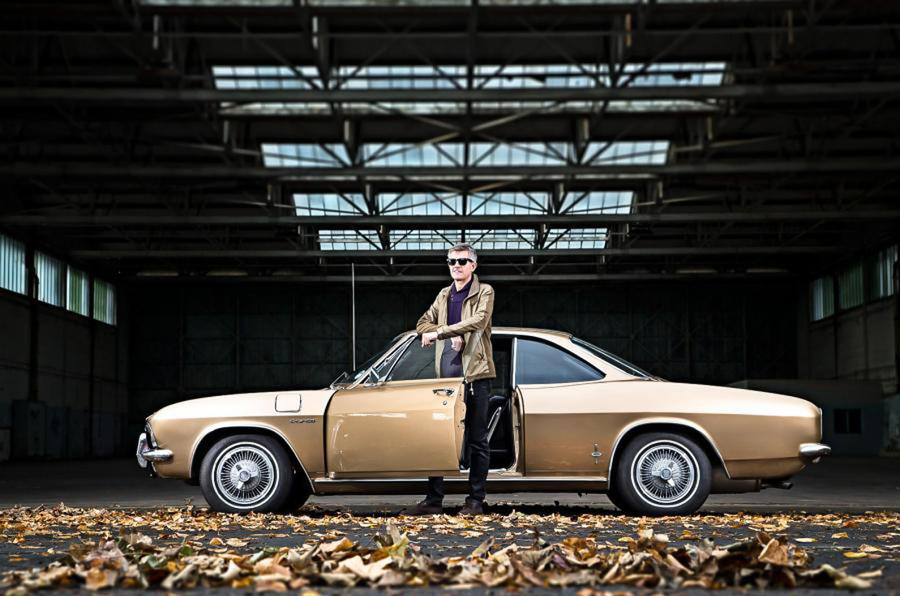 Those shortfalls led to lawsuits, to General Motors attempting to smear Nader and to the birth of consumerism and the agencies that lobby for safety and emissions. You get the story of the genesis, birth and evolution of a car, as you do with so many motoring books, but with a compelling human story besides. 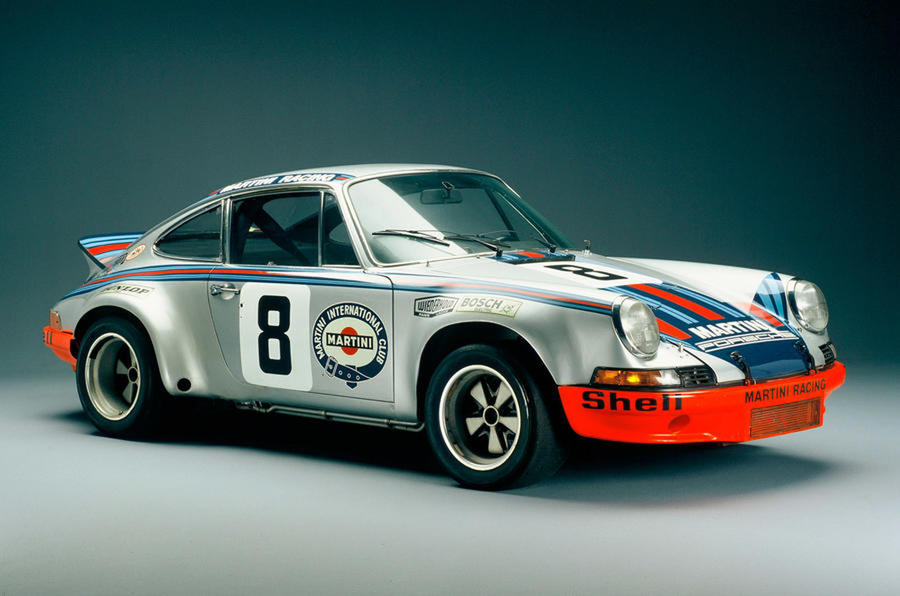 Hideously difficult. The Unfair Advantage by Mark Donohue is the best book about racing cars, Speed with Style by Leon Mandel and Peter Revson equally good about racing life. Archie and the Listers by Robert Edwards is the most captivating conventional driver biography of all, but Enzo Ferrari by Brock Yates is the most compelling biography of an industry figure I’ve read. I almost chose Time and Two Seats by János Wimpffen because it’s the greatest racing reference book, but I’ll go for Excellence Was Expected, Karl Ludvigsen’s revised 2008 triple-volume masterpiece on all things Porsche. It is the finest single-marque book ever written.

The history of the Porsche 911: picture special​

Adrian Newey has a book out soon too!

The most important of the above is the story of the Corvair. Only a little more engineering and a little more cost of the rear suspension could have made an excellent car and a great success.