BACK TO ALL NEWS
Currently reading: Icon of icons: Autocar Awards Readers' Champion - Jaguar XJ
UP NEXT
Motoring heroes: the most inspiring people in the car industry

Is the Jaguar XJ your favourite automotive icon? Read what we think and cast your vote
Share
Open gallery
Close
Share story

The Jaguar XJ is in the running to be this year’s Autocar Awards Readers’ Champion. Each day a different member of the Autocar team will champion one of the 17 cars, but only one can be the Icon of Icons and it’s up to you to decide - vote here.

Until the current model, the Jaguar XJ was readily identifiable by the 98% of motorists who had never owned one by the very distinctive rear-end graphic. The slim tail panel was bookended, originally, by those distinctive sort-of-triangular rear lamps.

There was a good reason for that look. One of the original styling models for the first XJ had a long tapering tail like a Jaguar E-Type. Indeed, imagine a four-door E-Type saloon. Long and low, with shallow sides.

In the event, the styling was finalised by simply cutting through the tail’s taper, resulting in that highly effective cross-section we saw on the first production car. 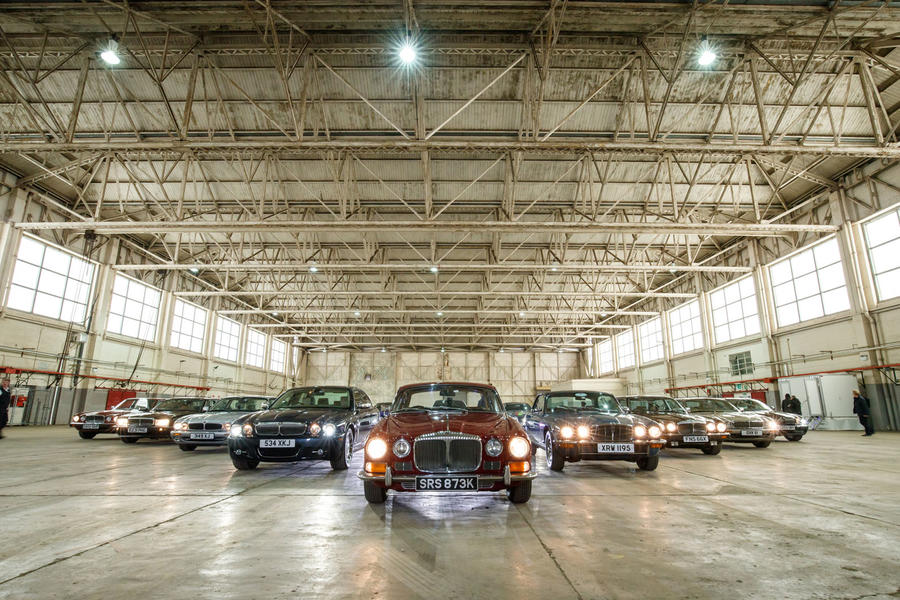 But those E-Type-inspired roots are also what made the XJ so very different and so timeless. Yes, the engineering key to the car was the exceptional refinement and ride, but it also managed to cross a new level of limousine isolation with a real sporting vibe. The low seat, the open glasshouse and the minimal dashboard made the XJ a truly unique experience.

My first experience with the XJ family was back in 1993. I drove a just-exiting XJ40 long-termer for a final shoot down by Battersea Power Station. One of the guys on the dustbin lorry came over and said: “I’ve got one of those – did the bootlid rust through?” Indeed it had (and it was a reminder that second-hand XJs have long enabled working people to own a really good car).

Weeks later, the new X300s arrived. Styled to look more like the classic XJ, it was a revelation. Built with much greater precision under Ford, the supercharged version with its mean black dash was a monumentally uplifting vehicle. Its rapidity was emphasised by the enclosed cockpit and sense of closeness to the road.

On the other hand, in the same year I took part in a feature that had me sitting in the rear of four luxury executive cars while being shuttled across the UK. Certainly, the S-Class was huge and comfortable, the Lexus was spacious but unsettled and, by comparison, the XJ was confined. But the old-school interior of chrome and wood had – especially at night – by far the best atmosphere. It’s not all about competing on leg room. 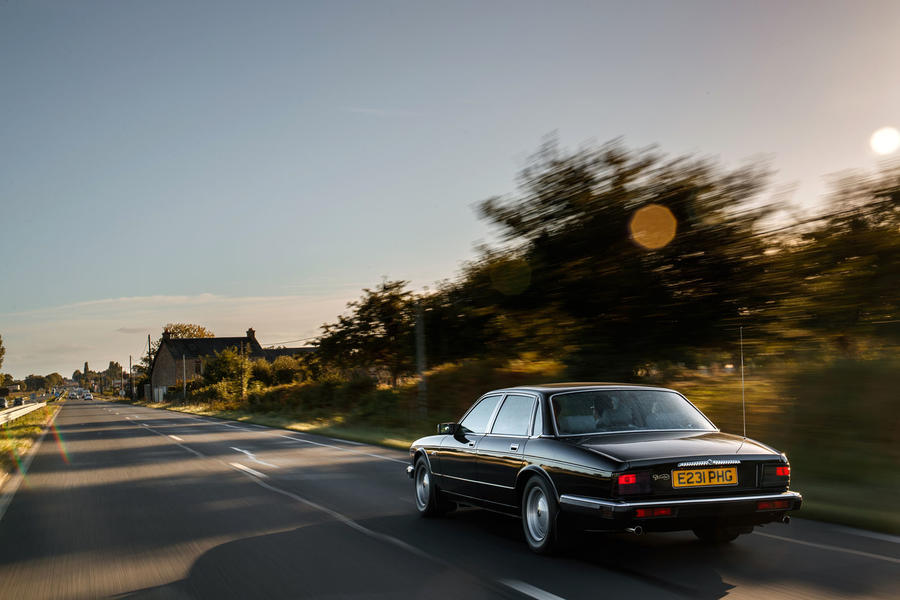 It’s that duality of the XJ that’s so compelling, but it’s the car – in all its versions – that had a remarkable ability to imprint itself on my mind. Despite driving hundreds of cars over the years, what stands out is the midsummer long-distance weekend in a Daimler Double Six and six months’ ‘ownership’ of the X350. I really enjoyed that latter car.

As did I the X358, the final XJ and, very sadly, a car now selling in tiny numbers. As different as it is, this XJ remains a joy to drive. Leggy, refined and relaxed but also capable of lighting up on a quick road.

I have to admit I used to drive around London at night in the X358, listening to jazz. The vibe that car had on empty night-time city streets is still unquestionably one of my peak motoring experiences.

2019 Jaguar XJ to be reborn as high-tech electric flagship​

The history of the Jaguar XJ

of course, even more than E Type and XJ. It's Britian's equivalent of the Citroen DS.

I have the feeling that the

Love the XJ, especially mine, a midly tuned Sovereign V12, my lasting memory is driving back from Le Mans Classic and holding my own in a convoy of GT40's, 911's, Testarossas and the odd fast merc, beemer and Audi,  I could only stay with them for a while as I depleted both tanks in 22 mins... approx 40 odd miles, but then they all followed me to refill and admire the old girl.