BACK TO ALL NEWS
Currently reading: Accident investigation: meet the people keeping our roads safe
UP NEXT
Renault Scenic returns as radical EV with hydrogen range extender

New technology is making our cars safer than ever, but it’s also giving us new ways to have accidents. We meet the man who works to find out what happened
Open gallery
Close

“This job used to be about grubbing around on the road, looking at tiny specks of stuff,” says Gary Baldwin, a 30-year veteran of Thames Valley Police’s Forensic Collision Investigation Unit, “but that’s only a tiny part of it now.” When Gary started his accident investigation work in 1988, skid marks were his “bread and butter”, but ABS put paid to those. Today, CCTV and dashcam footage are his staple.

“They have absolutely taken over,” he says. “At first, it was just CCTV in town centres and on motorway gantries, but dashcams have become more and more common. You don’t always get the full picture but they have definitely taken on a big role.” 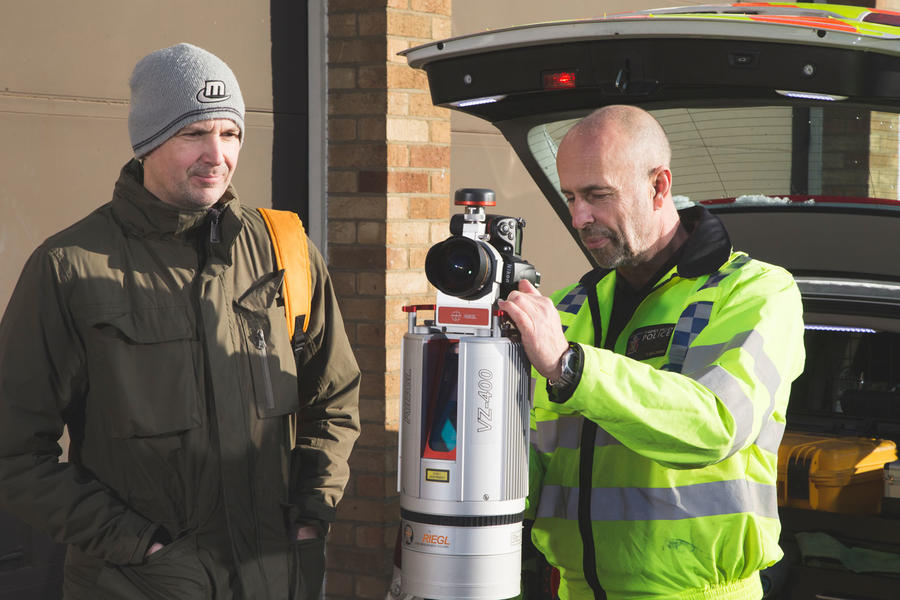 Gary is now retired as an officer but remains a civilian manager of a team of nine, and you really don’t want to be involved in the kind of accidents they look into. “It’s any fatal that’s connected with a motor vehicle,” he says. “From a car falling off a jack while you’re underneath it to a multiple shunt on the motorway.”

In the late 1980s, there were around 5000 UK road deaths a year. Today, it’s less than 2000, but a level of tragedy is “almost inevitable”, says Gary. “The problem is those that are not surrounded by a car: pedestrians, cyclists, motorcyclists – the ‘vulnerable road users’. Cyclists still don’t get the message about riding up the inside of big vehicles at junctions. People just don’t understand how hard it is to see out of a lorry.” 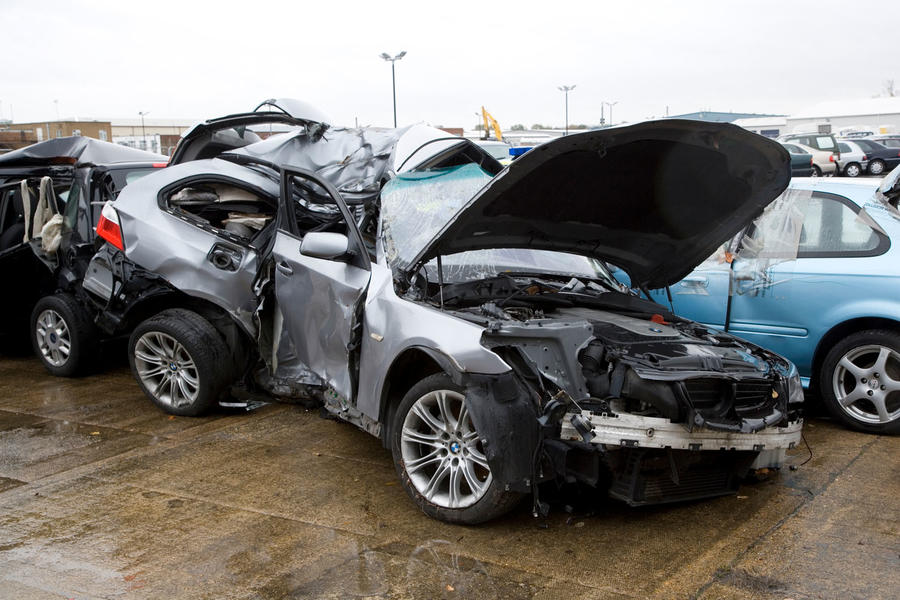 A number of causative factors have changed. Drug driving is the new drink driving, vehicle defects are far less of an issue and ‘unintended acceleration’ crashes by elderly drivers are on the rise. (“Old people are becoming big customers of ours,” says Gary.) And then there’s the mobile phone effect, which Gary describes as “massive”.

The key word here is ‘distraction’. “When mobiles first came in, we were all concerned with drivers making calls,” he says. “But that’s nothing now compared with the problem of people typing messages and updating Facebook.” When Gary and his team arrive at the scene of a crash, phones are seized as a matter of course. “Whether we always know for certain if the phone was being used is a different matter,” he says. “Not every app stores everything you do, but texting and WhatsApp are time-stamped. The worst one I had was 20 messages before she ran into the back of a broken-down car – 20 texts about the plot of the previous night’s Emmerdale. It’s madness.” 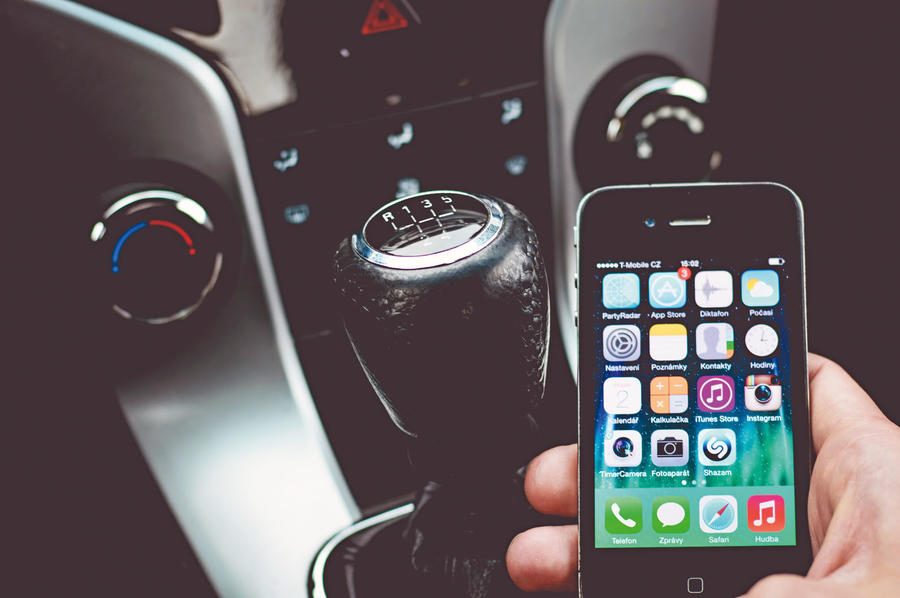 Gary is surprisingly pragmatic about the problem, so rather than prescribe a draconian legislative approach – “there are no traffic cops out there to enforce it anyway,” he says – he thinks a better interface with the car might be the best compromise. Auto-read and dictatable text message tech already exists, so extending that to other platforms could mitigate the issue – although that might be akin to suggesting the legalisation of crack and heroin. “Phones are a fact of life now, so we’ve got to make them less dangerous,” he concedes. “Make it less important that you have to hold the thing and, most importantly, make sure you’re looking up and ahead.”

Another piece of relatively recent tech has the potential to provide a goldmine of information, but, infuriatingly, Gary can’t always get his hands on it. Your car’s airbag ECU is, by its very nature, a reasonably sophisticated crash detection system which measures things such as velocity and angular accelerations – and, crucially, it records them. US law gives people in Gary’s position access to that data, but here there’s no such compulsion. 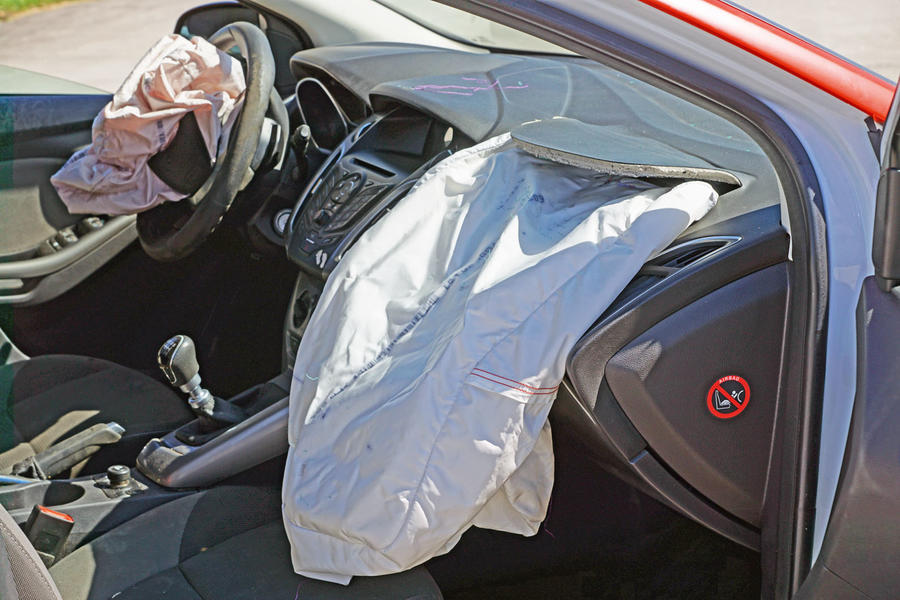 “The airbag module is a really good way of finding out what happened,” says Gary. “It gives about five seconds of data before the crash and a couple of seconds after.”

Some car makers – Gary cites Toyota and Volvo, but there are more – provide the access codes, yet others refuse. “Some lie and tell us it’s not there,” he says. “But it is.” Gary shows us the data from a double-fatal collision involving a car and a motorcycle. It reveals the precise speed of the car in the lead-up to the crash, its deceleration, steering inputs and the impact with the bike, all in tenth-of-a-second increments. It’s exactly what Gary needs, but in many cases, it’s out of reach. A few years ago, there was talk that the EU was going to make it compulsory to provide the data, “but if it’s happening, I’ve not heard about it”, he says. “The car manufacturers are powerful. I presume they’re lobbying against it but I don’t know why.”

For all the unpleasantness Gary faces in his job, he stresses that our roads are safer than ever. New technology can take much of the credit, but attitudes have changed, too. “Now everyone wants their five-star NCAP rating,” he says. “Safety has become a selling point.” And it’s true: it has. So let’s all leave our phones alone while we’re driving, eh? Just to be on the safe side. 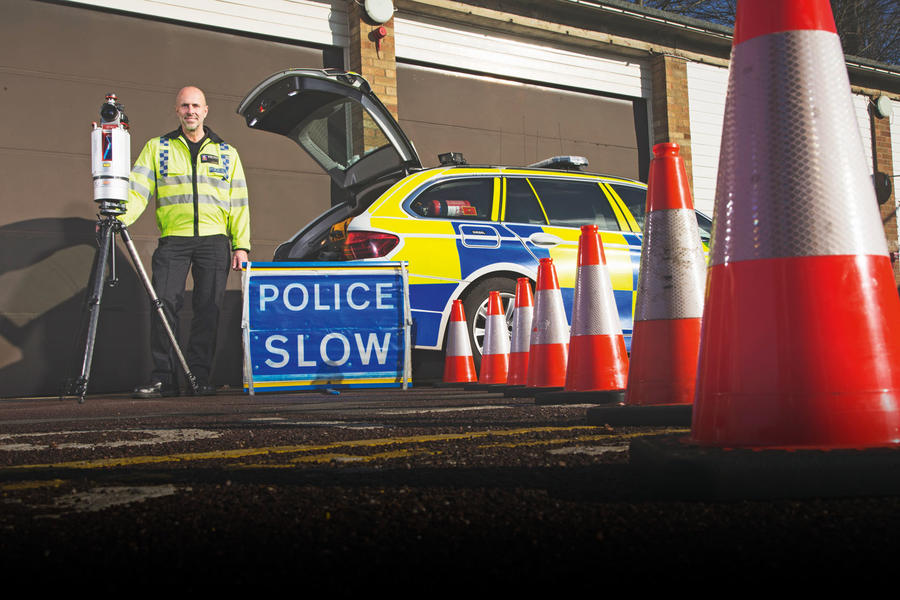 While we’re talking, a call comes in about a possibly fatal crash on the M1 and Gary asks if we want to “go and have a look”. I wonder about the sensitivity of him turning up with a journalist and photographer in tow, but the incident turns out to be in Northamptonshire, off Gary’s patch.

As we listen to the radio chatter about the crash, another new tech-related issue is highlighted: the traffic cops can’t locate the accident. Gone are the days when people would stop and call in details from a motorway’s emergency phone. Now we use our mobiles, and sat-navs mean many people have no idea where they are at any given moment. “Half of them don’t know whether they’re going north or south, which junctions they’re between or even which motorway they’re on,” Gary says.

We’re supposed to use the ‘driver location signs’ (google ’em) on such occasions, “but no one knows about those,” says Gary. “You can spend a lot of time just driving up and down looking for a crash.”

Here's why sat-nav and phone laws for cars are confusing​

Behind the scenes with Surrey’s traffic cops: how to catch a caller​

Whilst I agree phone usage in

Whilst I agree phone usage in a car is dangerous, when moving, modern cars with all their touch screen interfaces are becoming just as bad. The difference is though, if you look at your phone whilst stationary at traffic lights, you will get prosecuted, faffing around with a touchscreen is ok though, as is looking at a map book etc, it should be what you are using and when that needs to be controlled and I think car manufacturers need to be held to account with touchscreen useage.

Regarding speed controlled phone usage, this would also render phones useless on a train or coach journey.

Every lorry that operates on our roads should have AEB fitted, no exceptions. Too many folks have been crushed to death by inattentive drivers.

Meet the people...who keep the roads closed for longer than they actually need to.  I've been all over the world, some police close the roads off, some don't.  But I've NEVER known a country that keeps the road closed for so long after an accident.  Either the traffic police are incompetent or they just like the power thing.  The thing is, when I complained once, the policeman said they need to comb the scene in case there's a crime.  I pointed out that it was a suicide (bloke was seen jumping off the bridge) and that even if it were a crime, the scene would be contaminated by countless cars that had hit the poor bloke and run over him, so any decent lawyer would get anything thrown out of court anyway!

Meet the people...who keep the roads closed for longer than they actually need to.  I've been all over the world, some police close the roads off, some don't.  But I've NEVER known a country that keeps the road closed for so long after an accident.

You can blame our warped criminal justice system and negative attitudes towards the Police for that. If there is even the remotest possibility that a criminal prosecution will ensue, the Police know that they have only one chance to examine the scene to the nth degree. Not only do they have to investigate what has happened, they also have to consider and fully investigate any other possible scenarios that could have caused the situation, no matter how far fetched they might seem. If they don't, and if they leave even the smallest T uncrossed they run the risk of the CPS dropping the case right at the start, or a smart defence lawyer bringing in doubt about the Police officers competence when it gets to court. Call it back covering if you like but thats the framework the Police have to work in. If it was one of your loved ones who was the victim in one of these cases I'm sure you'd want the officers to do whatever they can to try and prosecute successfully, even if it causes you some slight inconvenience at the time.

Funnily enough, that's exactly what the officer said to me: 'If it was one of your relatives...'.  I appreciate that, but my points are still valid.  I'm looking at it objectively, not subjectively.  It remains a fact that they keep the roads closed just too long, whatever the reason (and thanks for the info).  As I said, in the case I was at, the guy had been seen jumping from the bridge.  But that was all dismissed and the police continued as if he had been murdered - which simply wasn't the case.  And as I said, the scene was contaminated anyway after countless cars had driven over it.  The road was still closed the next morning causing chaos.  The police didn't give a sh*t.