BACK TO ALL NEWS
Currently reading: UK government axes plug-in car grant with immediate effect
UP NEXT
Official: Ford Bronco 4x4 coming to Europe in 2023

The government has axed the £1500 plug-in car grant (PiCG) with immediate effect - bringing to an end an electric car incentive scheme that dates back to 2011.

The government hails "success in the UK's electric car revolution" as a reason for the decision, saying that it has helped to boost sales of pure-EVs from 1000 units in 2011 to nearly 100,000 in the first five months of 2022 alone. The PiCG has been applied to more than 500,000 EVs since its inception, amounting to a total contribution of more than £1.4 billion.

Repeated cuts to the amount of money awarded as part of the PiCG have prompted speculation about its demise for several years, and the government's earlier commitment to funding until the 2022/2023 financial year suggested that was when would it end.

Confirmation of its cancellation comes just six months after the amount was cut from a maximum of £2500 to £1500, and the maximum cost of eligible vehicles was reduced from £35,000-£32,000 - leaving only the most affordable EVs on the market eligible for the PiCG. The government says the number of EVs available below this price point now stands at 24, up from 15 last year, as manufacturers usher in cheaper entry-level EVs.

The government said: "The government has always been clear the plug-in car grant was temporary and previously confirmed funding until 2022-23. Successive reductions in the size of the grant, and the number of models it covers, have had little effect on rapidly accelerating sales or on the continuously growing range of models being manufactured. 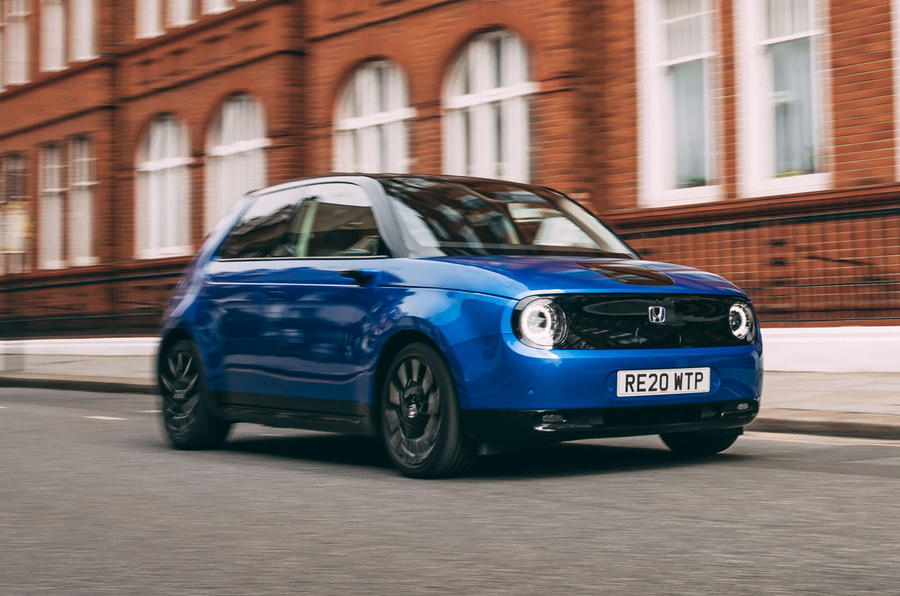 Due to this, the government is now refocusing funding towards the main barriers to the EV transition, including public charging and supporting the purchase of other road vehicles where the switch to electric requires further development."

In place of the PiCG, the government has pledged £300 million towards providing incentives on plug-in taxis, motorcycles, vans, trucks and wheelchair-accessible vehicles.

It also says the "shift in focus" will allow for heightened investment in the UK's EV charging infrastructure, but has not detailed any plans to add to the £1.6bn of funding in this area – which will see the amount of EV chargers increased tenfold nationwide – it announced earlier this year.

The government claims that reduced running costs of electric cars – compared to conventional combustion equivalents – "can often exceed" the £1500 incentive, and notes that EVs will continue to attract zero road tax (VED) and benefit from reduced company car tax rates.

Transport minister Trudy Harrison said: "The government continues to invest record amounts in the transition to EVs, with £2.5 billion injected since 2020, and has set the most ambitious phase-out dates for new diesel and petrol sales of any major country. But government funding must always be invested where it has the highest impact if that success story is to continue.

Having successfully kickstarted the electric car market, we now want to use plug-in grants to match that success across other vehicle types, from taxis to delivery vans and everything in between, to help make the switch to zero emission travel cheaper and easier."

On reflection, the £1.4 billion has helped wealthy early adopters kick start the EV market. It hasn't triggered any European entry-level entrants to the market ( with Stellantis being the only exception). In all fairness, the incentive should now be stopped.

The biggest incentive however has been and still is, salary sacrifice and company car tax incentives. This will deliver a huge number of 3-year-old EVs with 8-year-long battery warrantied cars over the coming years.

Separately it will be interesting to see which "value" OEM will try to enter the market....

Ford, where are you?

I don't agree with the change, but to do it again without notice means there can be no trust in any incentive from this government. I know this government cannot be trusted, but any person or company should not invest time or money ready to take up any government scheme as it might be taken away at the last minute.