BACK TO ALL NEWS
Currently reading: MPs call for UK government to do more on soaring fuel costs
UP NEXT
New Lamborghini Countach: epic UK road trip in reborn icon

MPs yesterday participated in a highly charged debate on the subject of slashing fuel duty by 40% in reaction to soaring prices at the pumps.

Tonia Antoniazzi, Labour MP for Gower in Wales, brought the debate to the House of Commons, outlining the dramatic impact that rising fuel prices have had on her constituents and on the more than 100,000 people who signed a petition calling for the reduction in fuel duty.

"There has been the most derisory of efforts to help drivers. For me, that's symptomatic of a government who have no idea about the impact that the cost-of-living crisis is having on people across the country – rising home energy prices, food prices rocketing and the cost of fuel at a record high."

Her arguments were backed up by Jessica Morden, MP for Newport East, who highlighted: "Collectively, care workers drive more than four million miles a day to care for the vulnerable in our communities. They fear that they may have to leave the profession because the cost of fuel is making it difficult for them to get to work."

Other issues brought to the House of Commons include a lack of public transport options in rural areas forcing drivers to pay the more expensive fuel prices, mental health issues arising from social isolation as a result of not being able to travel to see relatives and people skipping meals to be able to afford to use their car. 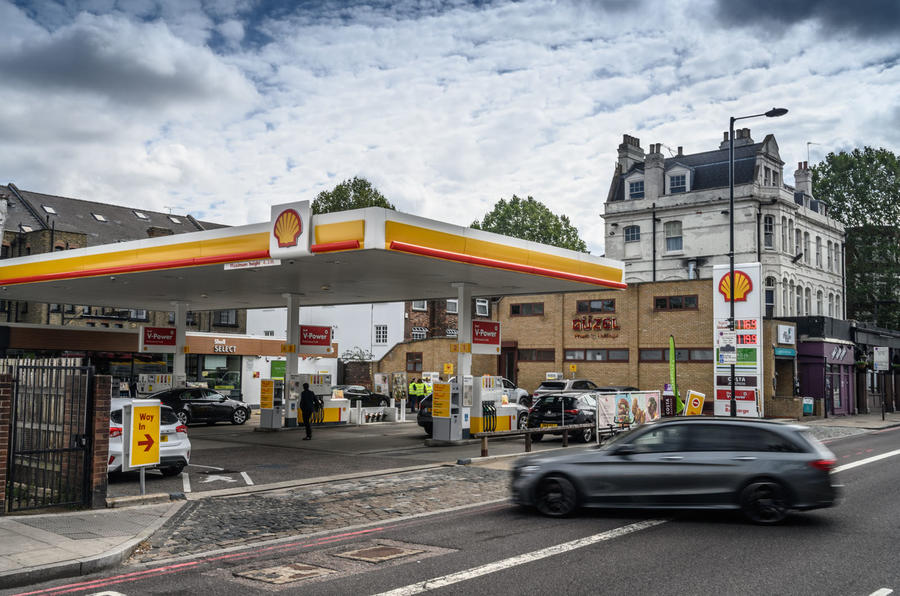 Antoniazzi said: "We know that there's more the government can do."

She pointed to measures taken by various European governments to combat the soaring fuel costs – including a total axe on fuel VAT in Poland, a 15-20% per litre cut in excise duty in Ireland and a 15-cent-per-litre discount in France – as examples of how the government could support UK motorists.

In late March, chancellor Rishi Sunak announced a 5p-per-litre cut in fuel duty, to last 12 months, in an effort to reduce prices at the pumps. But the measure has been widely condemned as a failure, having not compensated for sustained price increases as a result of the war in Ukraine and other external factors.

In a statement, the Petrol Retailers Association explained: "Forecourts have passed on this cut; consumers haven't felt it at the pumps because prices have since risen. Forecourts have also had to contend with recent cost-of-living increases, such as increases in electricity costs and in the national minimum wage.

Indeed, Antoniazzi was quick to condemn the existing measures: "When the Chancellor set out a cut of 5p per litre in his spring statement, we didn't think it would make much of a difference. It hasn't even scratched the surface. In fact, last week, there were newspaper reports of this cut barely being passed on to the customer at the pumps."

Patricia Gibson, SNP MP for North Ayrshire and Arran, said that the record for petrol and diesel costs has been broken on 26 separate days so far this year.

She went on to explain that consumers currently pay more than 80p in tax on every litre of fuel and criticised the government for maintaining current VAT rates.

"The Treasury is raking in 20% of the total cost at the forecourt, with fuel price increases bringing in additional VAT, amounting to billions of pounds, all of which is helping to accelerate inflation," said Gibson.

"As the cost of fuel has risen, so has the VAT being raked in by the Treasury – vast additional revenue for the Chancellor."

A cut in VAT would be more effective than slashing fuel duty, she said, because that tallies with the total cost of petrol and diesel, rather than the fixed 50p-per-litre fuel duty cost.

"The dithering and delay must end. Halving VAT on fuel will have an immediate and positive impact."

Responding to MPs on behalf of the government was Helen Whately, exchequer secretary to the Treasury, who acknowledged the concerns of UK motorists.

"I represent a rural constituency [Faversham and Mid Kent], and I know that for most people in my constituency, there's no alternative to going by car for most journeys," she said.

"As honorable members have said, whether it's getting to work, doing the school run, going to the supermarket, the doctor or the dentist or visiting family, there's usually no alternative.

"If we add to those journeys all the business journeys – the man in a van, delivery drivers, logistics and so on – we can see that so much of our economy is reliant on road transport."

But she said the government has "stepped in to help, with support measures that add up to £22 billion" and argued that "as these circumstances aren't unique or specific to the UK, so they can't be solved by the UK alone".

"Prices at the pump are not set by the government and nor are crude oil prices more widely, but the government have taken action to help people with recent unprecedented price increases", Whately said, drawing attention to the 12th consecutive year of a fuel-duty freeze and the 5p cut in fuel duty announced in March.

Responding to Labour MP for Ellesmere Port and Neston Justin Madders' suggestion that "the Chancellor has raked in more through increased VAT receipts than he has given away in this fuel duty cut", Whately explained that the fuel-duty cut effectively also amounts to a reduction in VAT.

"Given that VAT is applied on top of fuel duty, the 5p duty cut on petrol and diesel also results in a VAT reduction. It effectively translates to a reduction of 6p per litre overall.

"That said, a VAT reduction isn't generally the best way to provide help with fuel costs, particularly because it wouldn't help many businesses, many of which already claim back VAT paid on fuel for business use.

"About 40% of fuel is used by businesses. If we had just focused on reducing VAT instead of fuel duty, that would have left businesses more exposed to fuel price increases, in turn impacting the cost of goods for consumers. Making the focus fuel duty rather than VAT means that businesses, as well as consumers, will benefit from that tax cut."

Rounding off the government's response, Whately said: "The government take fuel duty costs seriously, and we've responded with a substantial duty cut to help motorists across the UK.

"The government and the CMA [Competition and Markets Authority] continue to monitor the situation extremely closely, and members should be in no doubt that further action will be taken if necessary to ensure effective competition.

"The 5p cut in fuel duty is part of a £22bn package of support to help people with the cost of living. As the chancellor has made clear, we stand ready to do more."

But Antoniazzi was cynical: "When we left the EU, one thing we were promised was that VAT on fuel would be cut, and it hasn't been. There's a knock-on effect on costs, as many members have said, and the government need effective and rapid ways of putting money into our constituents’ pockets.

"Like the 100,000 petitioners, we want more to be done, because unfortunately they aren't feeling the benefit of what has been done so far. I thank the minister for responding, and we will carry on from here."

If the government is going to help with soaring fuel bills, surely it would be far fairer to have assistance with gas and electricity bills rather than petrol/diesel? That way the everyone in society benefits and not just the better off who can afford to run a car.

If the government is going to help with soaring fuel bills, surely it would be far fairer to have assistance with gas and electricity bills rather than petrol/diesel? That way the everyone in society benefits and not just the better off who can afford to run a car.

Remember, the well off are a minority, and, what with Borisgate, we've now concrete prove that , just because other countries have reduced taxes on fuel, it might not help.