BACK TO ALL NEWS
Currently reading: The last ever Land Rover Defender: full gallery and specifications
UP NEXT
New 2026 Polestar 6 confirmed as 874bhp evolution of O2 concept

This is the last ever Land Rover Defender, which rolled off the Solihull production line on 29 January 2016.

Our 32 exclusive images reveal the details of that final model, which was the 2,016,933rd to be produced. It's owned by Jaguar Land Rover itself and will forever mark the end of a model that was on sale for a staggering 68 years.

Land Rover commissioned this final Defender to be built in as similar spec as possible to the first ever Series car. Despite the near seven-decade age difference, the resemblance between the two cars shows just how little has changed since the Land Rover Series’ inception in 1948. 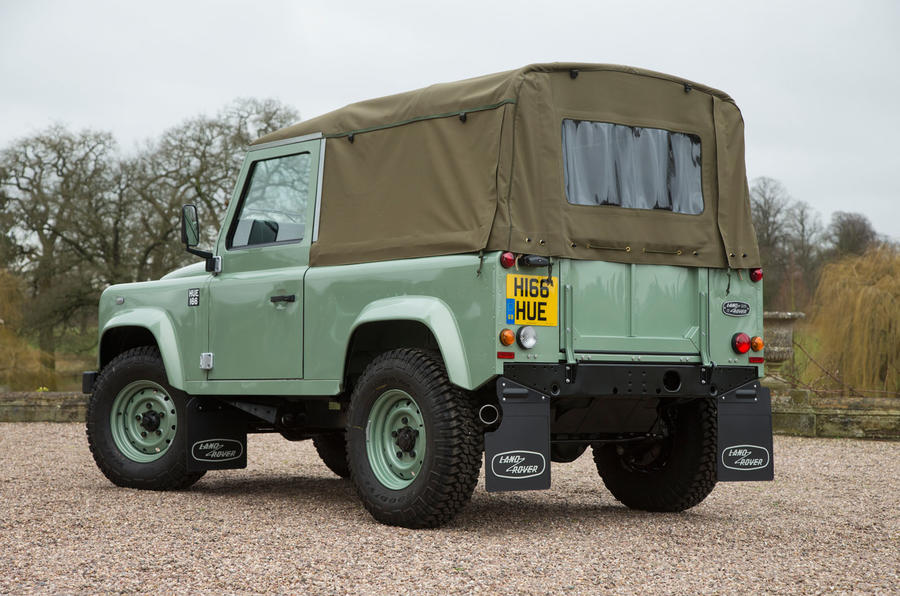 The final Defender is a 90, the smallest production Defender with a 93in wheelbase, and is finished in Grasmere Green, the same as the first car. Again, like the first car, it has been built in UK right-hand-drive form and wears a soft-top.

In keeping with original specifications, it gets two parts that have been fitted to all open-top Series Land Rovers since 1948: hood cleats and an underbody support strut.

At its heart is a 2.2-litre four-cylinder diesel engine, which was sourced from the Ford Transit and has been standard fitment in the Defender since 2012.

The car’s number plate, H166 HUE, and the fake HUE 166 number plate decals are in tribute to the original Land Rover, which was nicknamed Huey. 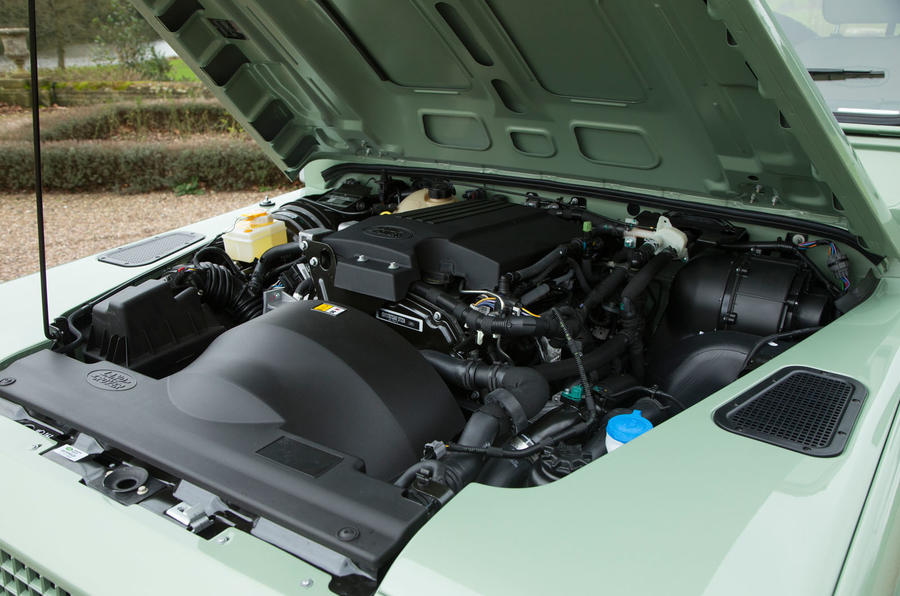 Inside there's cream coloured leather seats, and the dash trim has been painted in the same colour as the exterior.

The last ever Defender will be kept as part of the Land Rover Heritage Collection.

Interestingly, Land Rover employees have already begun referring to it as the last of the ‘current Defenders’, suggesting thoughts are quickly turning to its replacement. That car isn’t expected to arrive before 2018, however.

I like Land Rovers, they're dedicated to what they're for, going off road, all these unsightly jeep things wobbling about the roads are utter stupidity. I agree with 289, though, that many of the photographs seem to have been taken just to make up the numbers. I don't think making them in India would work. While being made by people who have been putting them together for years they can't match the reputation for reliability in extreme off-road situations of rivals like Toyota, so I wouldn't imagine that being assembled by people unfamiliar with them would improve matters.
TBC 8 February 2016

It still amazes me that JLR's owner hasn't bagged the Defender production line and moved it to somewhere in India. The production cost savings would, one have thought, have allowed the Defender to be sold at a price point that would make it appealing to buyers there and elsewhere in the developing world.
grastehar 9 February 2016

Yes, India, Africa, even a cult car in Japan. There must be a lost opportunity there.
Also it's a shame about the 2 year gap before the replacement. They'll lose a big chunk of their customers in those 2 years although it is a vehicle with a hard core of loyal fans.
The objective of making it as similar as possible to the original has worked very well. But it's a shame the interior has got so plasticy somewhere down the line. They should have reverted back to the original metal way back.
Who owns the rights to the vehicle now? I might be interested!
Campervan 8 February 2016

Did someone get out of the wrong side of thir bed this morning 289?
For an article about an " unremarkable vehicle" 289 seems to be very wound up about it.
289 8 February 2016

....No, I have had a good Monday thank you campervan!
No tantrums, just tired of endless articles about the Land Rover. The JLR bias is getting out of hand at Haymarket towers.
Please don't misquote me by the way....I didn't say that the Land Rover was an unremarkable vehicle...it is quite remarkable in many ways....not least lately that people have still been buying the things (mainly not for the original purpose) thirty years after its time was truly up.
What I said was that this particular vehicle ('The last') was unremarkable for anything except being 'the last' off the line. Therefore why it needed 32 pictures was quite beyond me.
kowalski99 8 February 2016

Given the closeness of the two vehicles in spec I think it is an interesting article and a fitting tribute.
I remember a similar amount of coverage regarding the demise of the T2 VW campervan last year. A product not even for sale in the UK let alone designed and manufactured over here. I liked that coverage too.

So my apologies to 289, but some of us are interested in motoring heritage and interesting anomalies that for whatever reason remain in production beyond their sell by date!

....its OK Kowalski, you don't have to apologise to me...each to his own!
I would suggest that photos of a land Rover exhaust pipe and mudflap probably belong in Land Rover owner magazine or something similar where the enthusiasts can disappear off to a quiet corner with a copy for a few minutes!!!
I would add that a label attached to the trim with HUE 101 is frankly a but pathetic and not really deserving of the the original LR1 which undoubtedly was a big break through for Rover especially in the dire times straight after the war.....although it was hardly ground breaking as Ford & Willys had created the blueprint which Wilkes copied.
With regard to other comments about continuing production elsewhere, I am sure this will happen.
Africa fell out of love with Land Rovers years ago, but I could see this being built in the AP region where health & safety still isn't an issue.
View all comments (5)