BACK TO ALL NEWS
Currently reading: Porsche CEO: "up to us" to replace 1000 cars lost in ship fire
UP NEXT
Bentley Batur: new Mulliner car to arrive on 21 August

Porsche CEO Oliver Blume has confirmed that the sports car brand lost more than 1000 customer cars when the cargo ship taking them to the US last month caught fire and sank.

The Felicity Ace was transporting around 4000 Volkswagen Group cars from the Emden port in Germany to Davisville, Rhode Island, before a fire started in the hold from an as-yet unknown source. All 22 crew members were safely rescued by the Portuguese Navy.

Salvage work was under way to recover the 650ft-long ship after the fire had been extinguished, but it listed to starboard before sinking on 1 March, due to structural issues caused by the fire and rough seas, according to its manager. An investigation into the cause of the fire is under way, and there has been no indication of whether the blaze took hold in the engine room or in one of the cars.

Speaking ahead of the company's annual results call, Blume said: "Unfortunately, the ship sunk and we had over 1000 cars on the ship. Now it's up to us to recover the production while we are faced with all the challenges: semiconductors, the supply chain – especially with the Ukrainian war – but we are used to working with challenges over the last two years."

The brand gave no specifics with regard to which Porsche models were on the boat, nor a timeframe for their replacement. The firm was already suffering from production delays as a result of supply chain shortages brought about by the war in Ukraine.

Confirmation of Porsche's losses comes shortly after VW Group luxury brands Bentley and Lamborghini pledged to replace their own customer cars that were destroyed.

Lamborghini CEO Stephan Winkelmann told reporters ahead of the annual Audi Group conference that the brand was shipping 15 Aventador models stateside on the boat - all from the run-out Ultimae series, limited to 350 coupés and 250 roadsters.

The Italian brand had previously stopped taking orders for the Lamborghini Aventador Ultimae after allocating all examples, raising questions as to whether it would be able to replace the lost cars. But Winkelmann said: "We put our heads together and luckily we are able to replace those cars, so there will be no loss for our customers in the US due to the sunken ship."

Prices for the Aventador Ultimae were estimated to start from around £400,000, which put the potential loss from these cars alone at £6 million at least. The company has not said how long it will take to replace the cars. 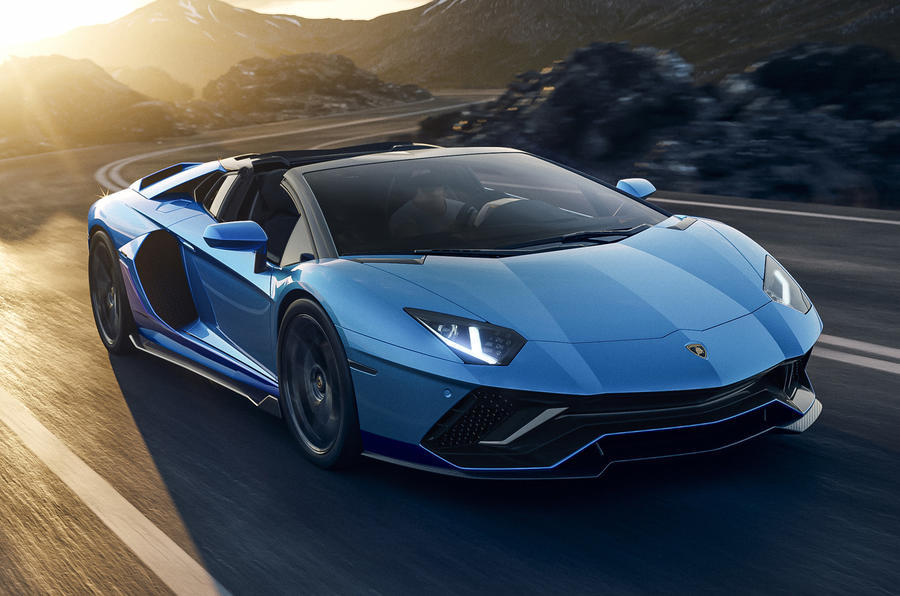 Details of other Lamborghini models onboard were not given, but Winkelmann did say: "all the rest, we are able to replace", suggesting they were series-production models destroyed that can be easily replicated. The firm's American CEO previously confirmed that the Lamborghini shipment comprised mostly examples of the Urus SUV, but there were come Huracáns on board.

Meanwhile, sibling brand Bentley lost "almost 200 cars" according to CEO Adrian Hallmark, clarifying that they had all been sold but were not "end-of-line cars" like the Ultimae. "We have already found a solution for 100 that we can rapidly redirect, and we will catch the others up within six months," he added.

"We have promised those customers, and we are doing some clever things in the meantime which we will talk about with dealers to keep them mobile."

Earlier reports suggested that Porsche had 1100 vehicles on the ship, with one American economist estimating the total cost of damages to the VW Group at $335 million (£247m).

“We're already working to replace every car affected by this incident, and the first new cars will be built soon,” Angus Fitton, vice-president of public relations at Porsche Cars North America, told the Associated Press earlier this month.

There are now fears that the ship could pollute the Atlantic Ocean, as it was carrying 2200 tonnes of fuel and 2200 tonnes of oil, in addition to the cars - some of which reportedly were pure-EVs, prompting fears that leaking lithium ion batteries could pose another hazard.

The ship is sitting two miles below the surface in international waters, meaning no country automatically assumes responsibility for its recovery.

Had the tooling almost been destroyed for the limited run Lamborghinis? Other than cost - as if there weren't sold at significant mark up anyway - why wouldn't they be able to?

Had the tooling almost been destroyed for the limited run Lamborghinis? Other than cost - as if there weren't sold at significant mark up anyway - why wouldn't they be able to?

Quite. And surely they/the shipping company had insurance? Not really seeing the story here.

It will be interesting if VW are more keen to salvage and repair these, given the chip shortage and insane new-car demand.

Usually, the car manufacturers are more than delighted to shred the entire cargo, and put in an insurance claim- boosting their sales for the year, whilst removing excess stock. The Cougar Ace that beached itself in 2008, full of undamaged Mazdas. for example. All cars were destroyed, even though most were absolutely fine, or at most had minor panel damage.

Was the fire caused by lithium ion batteries in an EV?

Would you be happy if your Lamborghini was 'rebuilt' after being salvaged? Hmm...