BACK TO ALL NEWS
Currently reading: Report details how car emissions fell across Europe in 2021
UP NEXT
New 2023 Audi A4 Avant undergoes tests in the Alps

Report details how car emissions fell across Europe in 2021

CO2 emissions were down across most brands, as Renault and Hyundai performed well
Close

Last year across Europe, 45% of all cars sold were SUVs. Also last year, average CO2 emissions from new cars fell to below 100g/km for the first time, according to a new report from market researcher Jato Dynamics.

The impressive fall from a 118g/km average to 99g/km, the latter as measured by the tougher WLTP test cycle, has been nudged by government policy both in the European Union and the UK, which copied over the EU 2019/631 regulation on capping emissions to reduce the amount of petrol and diesel burned.

The reason that car makers managed to reduce emissions while still selling so many SUVs is because many have chosen the popular bodystyle to be their key low-emissions model, either plug-in hybrid or pure-electric.

“Car makers were forced to adapt their sales strategies,” said Felipe Muñoz, global analyst for Jato and author of the report. “They pivoted away from traditional segments to focus on the production of EVs and SUVs – the two most profitable segments across Europe.”

Indeed, the lowest-emitting segment in Europe last year wasn’t city cars or superminis but what Jato classes as mid-size SUVs, with an average CO2 emission of 65.4g/km.

This segment has been the subject of frenetic activity in the last 12 months or so in terms of PHEV and EV launches, with cars like the Ford Mustang Mach-E and Volkswagen ID 4 being added.

The advantage to car makers is that it’s a globally popular segment allowing simultaneous launches in the US and China, something that’s not possible with smaller cars, which resonate only in Europe. 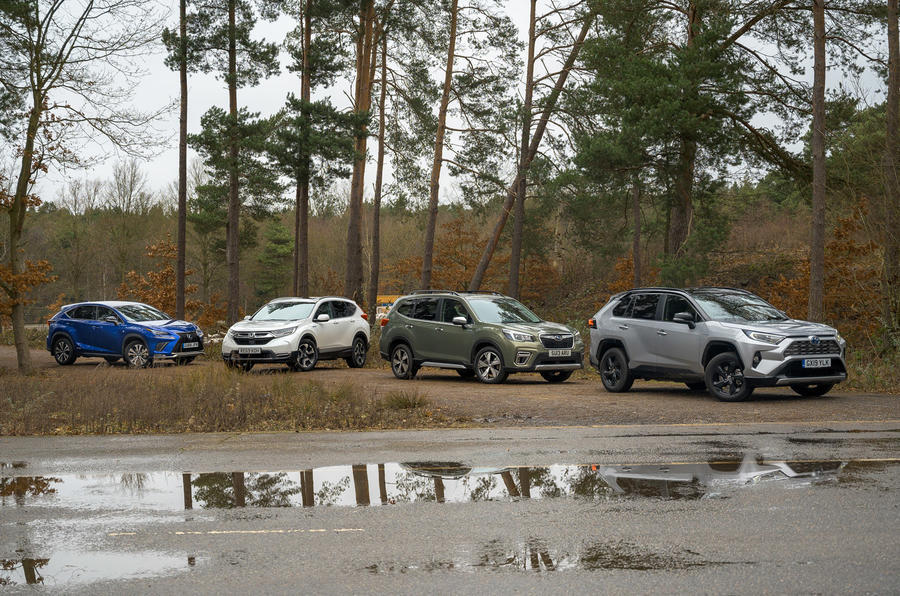 In fact, based on tailpipe emissions, small SUVs were the second worst for emissions in the SUV category, just below the luxury behemoths, according to Jato's data.

Aside from Tesla, the winner for the second year on CO2 emissions was Renault, which managed to bump down its output to 86.7g/km overall, a drop of 12%. Renault’s diet of small cars was helped by sales of the zero-emissions Renault Zoe.

Hyundai’s wide-ranging mix of electrified drivetrains gave it third spot. Almost a quarter of its sales where either PHEV or EV last year.

Meanwhile, the new Electric enabled Mini to cut its emissions by an impressive 20% to take fourth place with 90.1g/km. 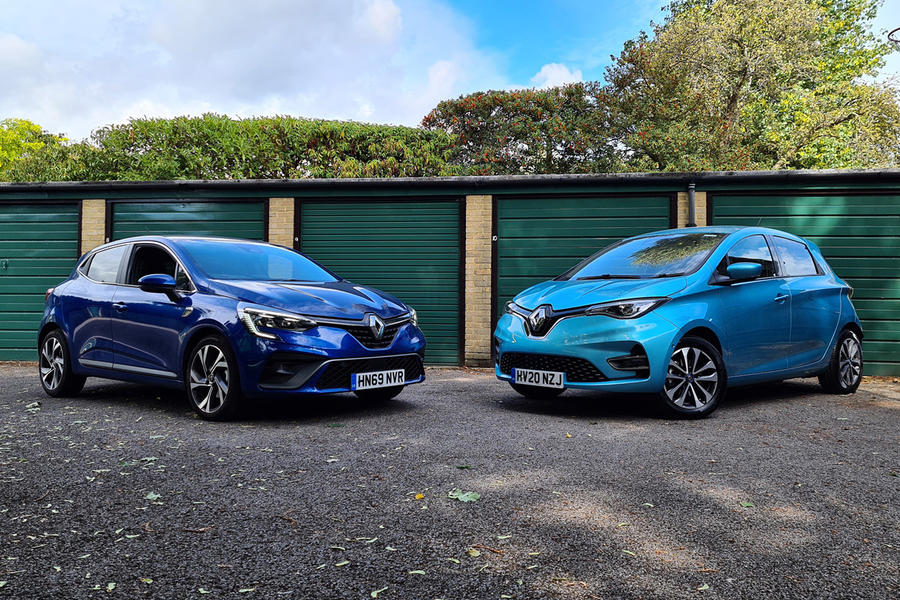 The figures, based on Jato's interpretation of its sales data for the region, show that the most dramatic improvement came from Seat performance brand Cupra, which posted a 40% improvement, while Jeep was the next best, with a 23% cut, both of which came from the sales of PHEVs.

PHEVs in fact have been the saviour of many brands as they scrambled to reach the EU and UK’s mandated figure of 95g/km (with some leeway; see below).

What’s less good is the full hybrid. This technology is proven to lower fuel economy in more urban driving but does less well in the test cycle that simulates highway journeys, and that means a hybrid strategy is risky.

For example, according to the Jato data, Toyota’s overall figure of 108.8g/km puts it only 16th, despite a 69% hybrid mix for Western Europe in 2021 (from the company’s own figures).

Honda did even less well. Despite almost half its sales in Europe in 2021 coming from the frugal Jazz hybrid supermini, its CO2 figure stood at 114.6g/km for the year. The brand has yet to sell a PHEV and didn’t shift enough of the appealing but expensive E electric city car to move the needle.

Also lagging surprisingly far behind, given its make-up of small cars, is Suzuki, at 117.7g/km, again showing that you need plug-in vehicles (or in the case of the Suzuki Across, a rebadged Toyota RAV4 PHEV, more of them) to seriously improve CO2 levels.

How OEMs are hitting their targets

But wait, you say, how aren’t the majority of car makers not paying fines to the EU and the UK, given the average of 99g/km of CO2 falls short of the 95g/km target set by both legislative bodies?

The 95g/km target can be modified for brands depending on the weight of the cars sold. So BMW Group said it managed to hit a target of 115.9g/km of CO2 in 2021 for its cars sold in the EU, along with Norway and Iceland – 10g/km better than its set target of 126g/km.

Jaguar Land Rover meanwhile has a separate target, agreed while the UK was in the EU, so the figure for Land Rover of 169.3g/km isn't a disaster.

Last year, car makers could count the sale of a car with emissions of less than 50g/km – ie. EVs or PHEV – as worth 1.67 sales in the supercredit system. This year that has fallen to 1.33 sales.

And finally, those who couldn’t hope to pass ‘pooled’ their average with someone substantially better.

Tesla was popular. Both JLR and Honda paid to count its zero-emission sales as part of their combined total, and Honda will also join Tesla to form a pool in the UK for 2022.

The penalty for missing the targets is expensive: €95 or £86 for every gram over target, per car sold. 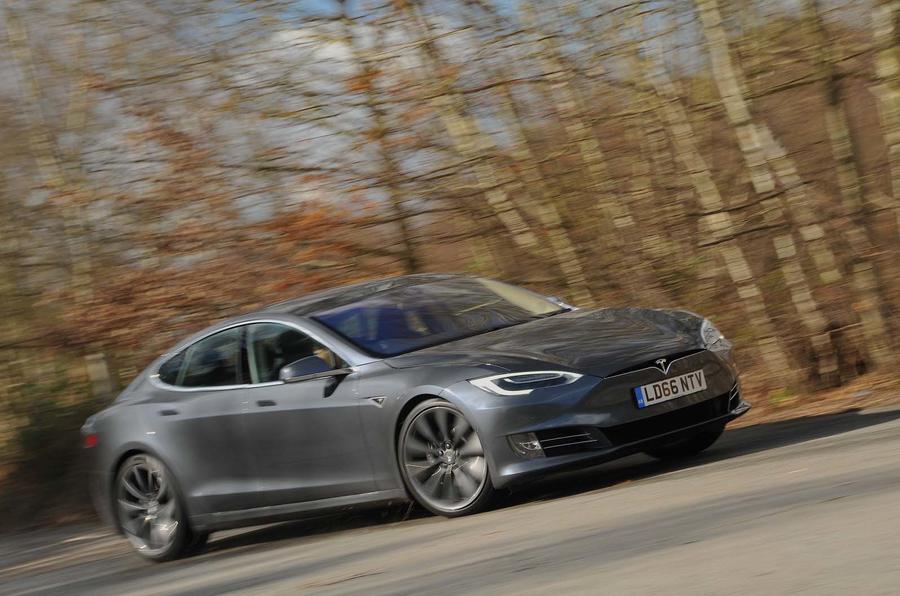 Which country is performing best?

No country was going to beat Norway, with its high PHEV and EV penetration, and indeed it was far away in front, with average CO2 emission of 16.9g/km for all new cars sold last year, according to the Jato data.

The UK improved emissions by 15% last year, but its 106.2g/km of CO2 average put it behind Germany at 96.4g/km and France at 97.8g/km. However, we finished ahead of Italy and especially Spain, whose main diet of smaller but non-electrified ICE cars meant a high average emissions figure of 120.3g/km – only an 8% improvement on the year before.

To put our figure into context, 106.2g/km is equivalent to 62mpg for petrol cars. In 2020, according to UK figures, the average for new petrol cars sold was 53mpg and 56mpg for diesels. That’s a big improvement from 2000, when the average petrol figure was 36mpg.