The facelifted Ferrari FF has been revealed at the Geneva motor show, sporting a new name and upgrades inside and out, and Autocar's Matt Prior provides us with his video analysis below.

The updated car now takes the GTC4Lusso name and gets subtle styling upgrades to mark it out from its predecessor. Aerodynamic improvements include a new front grille with integrated air intakes, new air vents on the rear wing, a roof-mounted rear spoiler and a new diffuser. Ferrari says the result is a drag coefficient that is “substantially lower” than that of the FF.

Read our first drive of the Ferrari GTC4 Lusso here

Interestingly, Ferrari says the GTC4Lusso will be aimed at a younger audience than the brand has traditionally been used to. Owners of the FF, on average, drove more miles than owners of other Ferraris, suggesting that the GTC4Lusso will become the grand tourer of choice in the company’s range.

Powering the GTC4Lusso is the same 6.2-litre V12 engine already fitted to the FF, but with power raised from 651bhp to 680bhp. Maximum power is reached at 8000rpm, while torque is rated at 514lb ft at 5750rpm, with 80% of torque available from 1750rpm. As before, drive is channelled through a seven-speed dual-clutch transmission. Ferrari says the car’s engine note is “rich and powerful in performance driving and discreet yet harmonious in the city.”

Armed with more power, the GTC4Lusso can reach 62mph from a standing start in 3.4sec - 0.3sec faster than the FF - while its top speed is unchanged at 208mph. When specified with optional lightweight components, the GTC4Lusso has a dry weight of 1790kg, which matches the FF. Ferrari has yet to reveal whether the GTC4Lusso will improve on the FF’s fuel economy or CO2 emissions figures, which currently stand at a claimed 18.3mpg and 360g/km respectively.

As with its predecessor, the GTC4Lusso has four-wheel drive but gets rear-wheel steering for the first time.

Among the significant interior changes to the four-seat cabin is a new infotainment system which has been developed by Delphi, but remains compatible with Apple CarPlay.

The 10.25in screen is much larger than the one in the FF and Ferrari claims that its upgraded usability will put the GTC4Lusso among the class leaders. Ferrari’s dual cockpit display, which allows passengers to see speed and engine information from their side of the cabin, now appears to show a g-force meter – a first in a Ferrari.

The smaller steering wheel – made possible due to a more compact airbag – features “more ergonomic” controls, such as a redesigned Manettino control and new buttons for the hands-free telephone system. 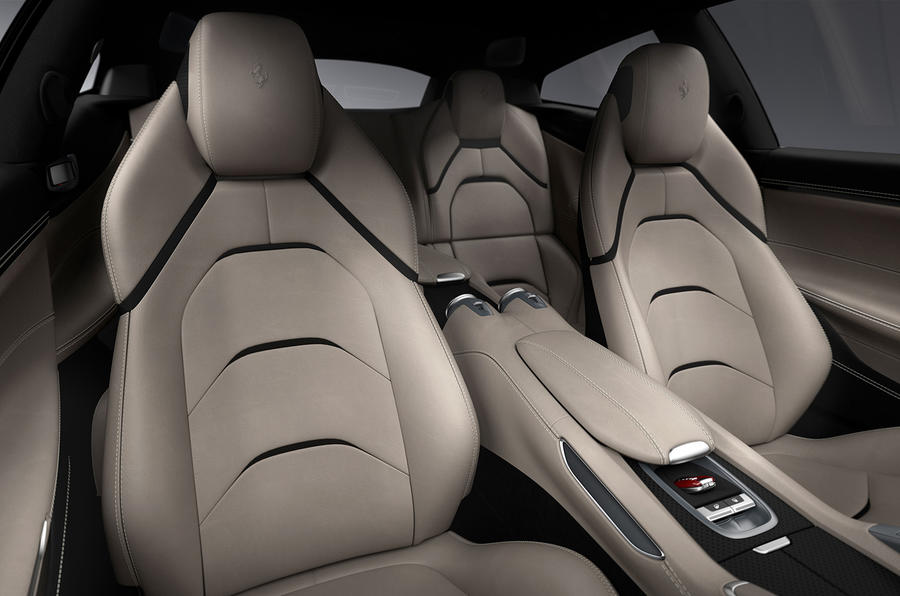 The GTC4Lusso also gets a recess between the seats specifically to hold the key during driving; a feature the FF did not have.

Ferrari says the GTC4Lusso has been designed “for clients wanting to experience the pleasure of driving a Ferrari anywhere, anytime, be it on short spins or long journeys, snowy mountain roads or city streets, alone or in the company of three lucky passengers. Drivers who demand exceptional power but refuse to compromise on in-car comfort, sporty elegance and impeccable detailing.”

The "subtle" styling changes are stunning. This things looks epic, inside and out, and from any angle. My gut tells me the value of FFs on the pre-owned market are going to plummet, nobody is going to want one after this is seen in the metal.
flt158 13 February 2016

Now please, Autocar. Will you test this car as soon as possible?

Safe driving to all.

Another V12 petrol guzzling irrelevance from a 'supercar' manufacturer.
Why don't they invest their time and money into something that will take motoring into the twenty first century in an innovative fashion?
The relevance of a 200 mph, 18mpg dinosaur is lost to everyone bar the obscenely rich and immature.
Seriously, what good is 0-60 in 3 seconds and a 200mph top speed to anyone anywhere?
If you must spend this amount of money go racing and do it properly.
Sadly, this sort of car is now nothing but boring..........but a 10: touch screen? Wow!
View all comments (16)