BACK TO ALL OPINION BLOGS
Currently reading: The Australian Supercars championship proves we need more street races
UP NEXT
Matt Prior: Where have all the practical fast cars gone?

Silverstone's future as home of the British GP has been cast into doubt. Does this leave an opportunity for a London GP?
Open gallery
Close

Have I told you about the Australian Supercars championship? I feel like I must have. I’ve told everyone else. It’s Australia’s touring car championship, which used to be called V8 Supercars but, for reasons that will become obvious in a minute, isn’t any longer.

I bring it up because it springs to mind every time somebody mentions road racing. Or V8s. Or Australia. Or, in fact, about 12 times a day because there’s little else I’d rather watch.

It is, in short, one of the most competitive and entertaining car racing series on the planet. It’s quite easy to watch: go to supercars.com and pay about £25 for the season.

Did I say it was competitive? It is. At one recent round, if you qualified 0.84sec off pole position, you’d have started in 26th place. The grids are big, as are the cars: Ford uses the Falcon, Holden the Commodore, and Nissan the Altima – all big saloons in the Australian market.

The race cars are all rear-wheel drive (despite the Altima road car being front-driven) and grip is at a premium because the tyres can go off fairly quickly, so the cars all move around a bit.

Power comes from a big V8 engine, so they sound great too. But the Supercars championship is, in its way, mirroring the Australian road car market. Local Ford production has ceased, Holden production is just about to – sadly – and so, from next year, Supercars will let V6s race too, to have more relevance to the road car market. Quite how Australian road cars will continue their big, brawny, V8 tradition remains to be seen, now that domestic production of them has all but stopped. 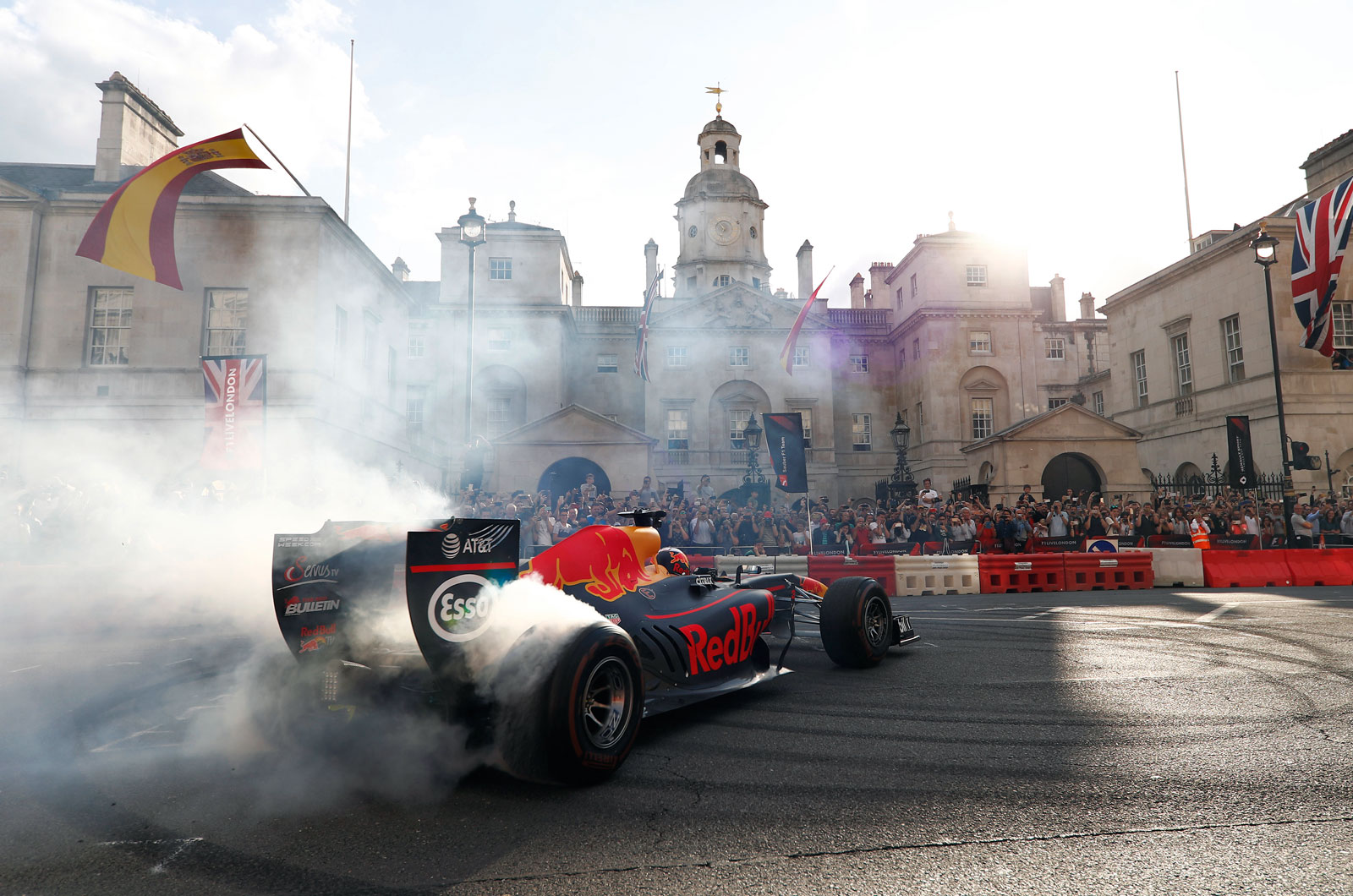 Anyway, I hope Supercars stays just as competitive, and just as entertaining. There’s lots of overtaking but rarely any fallings out. And I like listening to chilled people calling each other “mate” and being honest about life even when things are going wrong. And a large number of the championship’s races use street courses, or hybrids of closed public roads and race tracks. And it really, really works, even with near-30 big, fast cars vying over a small amount of track space.

I mention this now because, as I write, London has just featured F1 Live, an event including a demo of Formula 1 cars ahead of the British Grand Prix. It looked exciting, as racing cars always do on the road.

It gets better. The Motor Sports Association has managed to convince the government to let local authorities close roads and suspend the Road Traffic Act without needing an Act of Parliament (any cars, even on closed public roads, are meant to be road legal and stick to speed limits otherwise, with timing a no-no).

So here’s the perfect storm. I know for a fact that closed-circuit road racing is terrific because Supercars says so. Racing cars on London’s streets look excellent because F1 proves it. And street racing is now much easier to arrange.

Then Silverstone came out and said it can’t afford to host the British Grand Prix, so it has pulled out of running it after 2019.

You can see where this is going. Everything points towards one thing: something being sorted out and the 2020 British GP returning to Silverstone, just like usual.

What I don't understand about Silverstone is: they are the third most expensive Grand Prix for tickets, they probably have the biggest crowds by a factor of 2 or 3 in comparison with a lot of tracks, and despite what they say they pay less to hold it than most other tracks and yet they still make a loss. There must be same bad management going on.

Maybe BTCC could put on a

Maybe BTCC could put on a street race. IndyCar certainly runs on street circuits too. Anyway forget about F1. Its dull and not real racing. V8's NASCAR, IndyCar, DTM are all much more entertaining.

Would be good if it could happen but,what about terrorist measures?, would be an interesting video Game like experience,seriously, the British Grand Prix should stay at Silverstone,but, it needs help from the British Government.