Toyota has a knack for keeping types of cars alive that other manufacturers have given up on. Not in a behind-the-times kind of way – they just manage to make things work that others can’t. Affordable sports cars, rally-refugee hot hatchbacks and city cars are no longer viable because of emissions and rising costs. The Toyota GR86, Toyota GR Yaris and Toyota Aygo X all beg to differ.

The Allroad-Cross-Country-Alltrack-type look went from big to forgotten in the last two decades, but here we have the RAV4 Adventure, with black plastic trim, beefier skidplates, redesigned bumpers and standard four-wheel drive.

Granted, Toyota keeping the manual rear-wheel drive sports car alive is more exciting, but it’s still worth taking a look at this new version of Toyota’s range staple, partly to see if it still makes sense next to the more recent plug-in hybrid Toyota RAV4.

Along with the Adventure grade, the 2022 RAV4 gains redesigned LED projector headlights, electric adjustment for the passenger seat on some trims and… drum roll… four USB-C ports in the interior. All good things, but just a tad half-hearted.

The current RAV4 has been around since 2018, so we would have liked to see a more full-featured facelift bringing proper matrix LED headlights and an update for the badly dated, slow infotainment system. The latter now has (wired) Apple CarPlay and Android Auto, but Toyota has a more modern interface in the latest Corolla and some US-market models, so now would have been a great time to introduce it to the RAV4 as well. 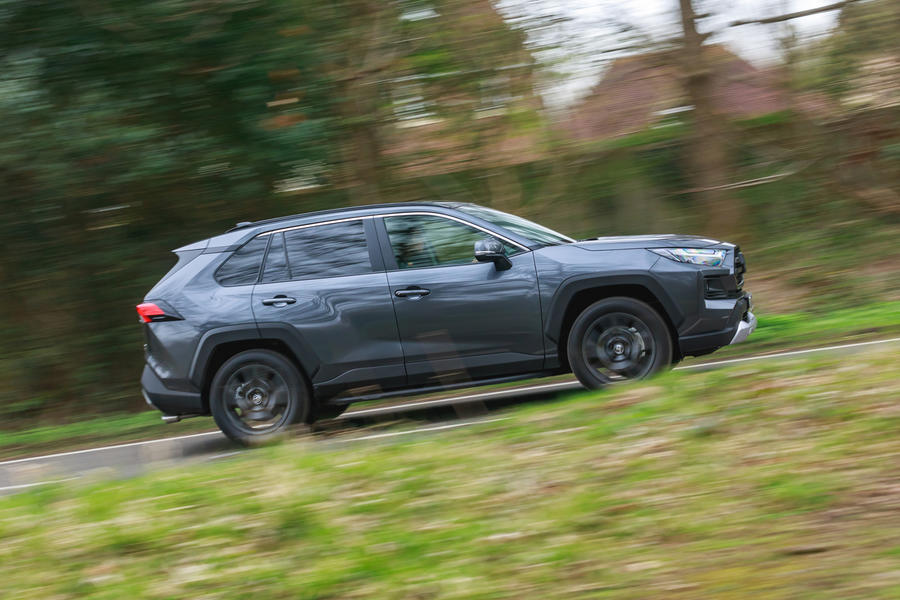 Adventure is the most expensive trim on the RAV4, at £42,750. Compare that to Dynamic, which costs £39,010 with front-wheel drive, or £41,390 with all-wheel drive. Unless you really like the outdoorsy styling and panoramic sunroof, other grades offer much better value.

To drive, it’s much the same as any other RAV4, other than perhaps the plug-in hybrid RAV4, whose greater kerb weight may have prompted some suspension changes that improve the ride comfort. The regular hybrid RAV4’s chassis feels quite soft but underdamped, meaning it’s neither particularly dynamic in the corners nor perfectly comfortable. At least the cabin is quiet on the motorway.

Toyota knows how to do hybrids by now, though. Sure, it has the typical CVT drone under hard acceleration, but the two electric motors in this four-wheel drive version – 118bhp working with the engine in the front and 54bhp electric motor on the rear axle – give plenty of torque to make the powertrain perfectly relaxed and quiet in most scenarios, while also returning an easy 43mpg.

Other than adding imitation leather seats with a red stripe, the Adventure trim is the same inside as any other new RAV4, which means it’s very spacious, there are lots of chunky buttons and everything feels like it’ll last forever, but the materials used are more appropriate for a £25,000 car than for a £43,395 one. 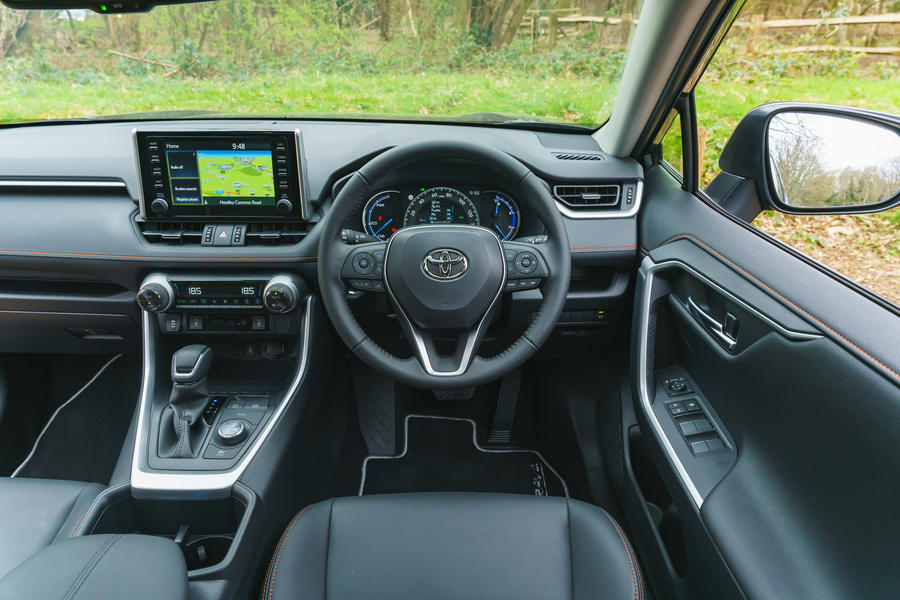 And that price seems rather steep today. When this generation of RAV4 was launched in 2018, it was the only hybrid SUV in its class, but the hybrid versions of the Hyundai Tucson and Kia Sportage are cheaper and generally feel more modern, while the mild-hybrid Nissan Qashqai gets close to the Toyota’s mpg, with a full hybrid on the way. 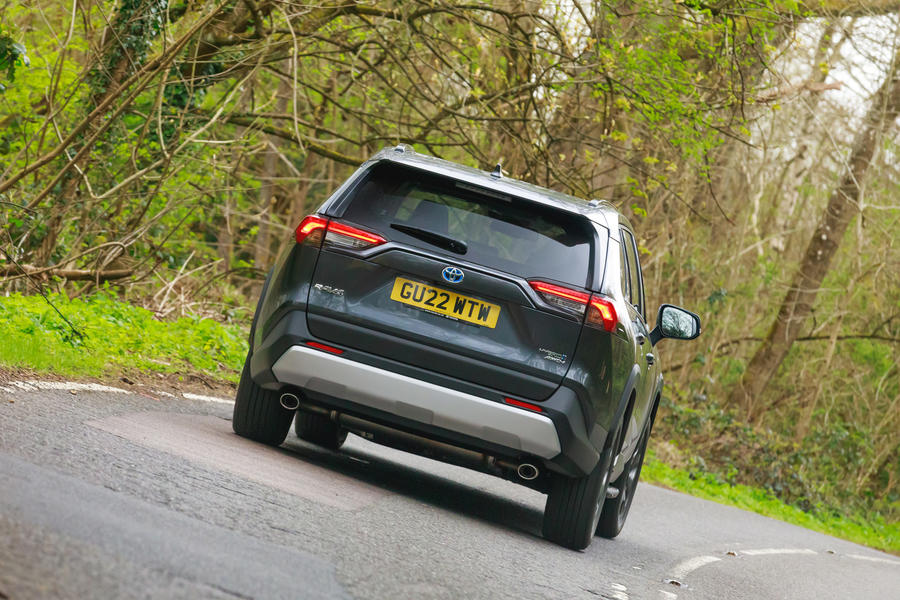 Yeah it's a bit pricey but it's one of the best cars in the world.

You can't really compare a RAV4 to a Qashqai - it's longer, wider & heavier. The X-Trail is the Nissan competitor to the RAV.

Forgettable in everything except price. Tax dodgers to the front of the queue please.

Forgettable in everything except price. Tax dodgers to the front of the queue please.