Ram doesn’t want to just beat its competition; it wants to embarrass and maybe even humiliate it, too. Why else would the new 702bhp 1500 TRX exist if not as a two-finger salute to Ford’s 450bhp F-150 Raptor? If there’s any doubt, simply lift the engine cover and an embossed image on the engine block will set the record straight: it’s of a tyrannosaurus rex chomping on a velociraptor.

With the 6.2-litre Hemi V8 engine from the Dodge Challenger Hellcat underneath its enormous body, the TRX smashes the Raptor in this new game of American muscle truck Top Trumps for engine size, power and torque (650lbft, compared with 510lb ft). Even the 0-60mph time – usually an irrelevance for a truck, not least one weighing 2880kg – prompts a double take, at 4.5sec.

But it’s not just about childish numbers. At its heart, the TRX is a practical vehicle capable of towing 3674kg and moving a slightly less impressive 594kg payload while having a 880mm wading depth, 300mm of ground clearance, an approach angle of 30.2deg and a departure angle of 23.5deg.

In creating the TRX, Ram has had to change almost everything from the standard 1500. The body is 203mm wider, the track width is up by 152mm and the tyres are 25mm wider, at 228mm. The front axle had to be moved forward 20mm to fit 35in Goodyear Wrangler Territory tyres onto the 18in alloy wheels. The front and rear suspension was retuned to cope with more weight and to increase the axle articulation.

There’s 330mm of front travel and 356mm at the rear, an increase of 40% over the standard 1500, while the 600mm rear springs are claimed to be the largest in the segment – as are the brakes. 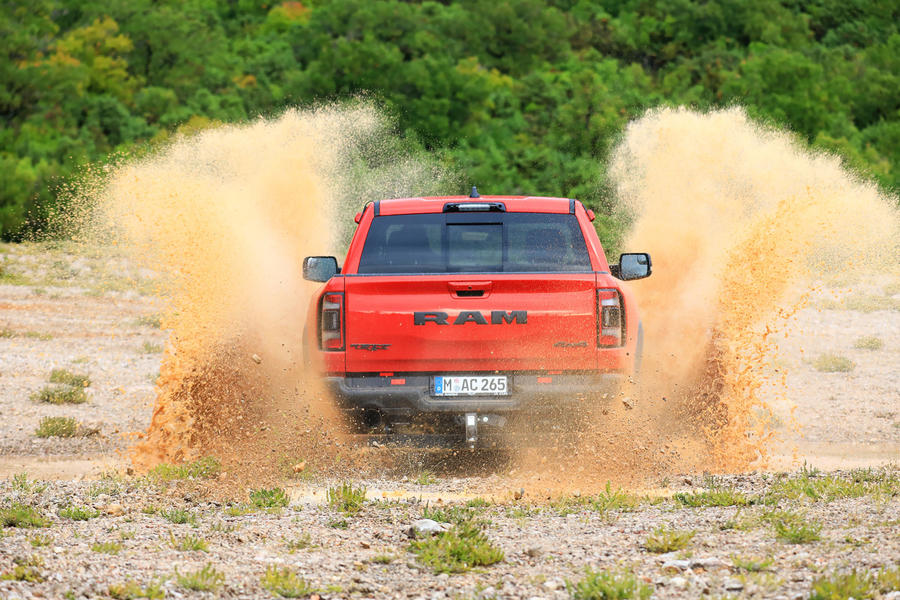 The TRX is a truck designed to extremes, then: to be bigger, brasher and better than anything else on the market – but it can also lay claim to being one of the most comfortable and capable vehicles as well.

The centrepiece, however, is a new 12in touchscreen console, from which the TRX’s party-piece driving modes can be selected. Mud and sand, rock, snow and towing all get dedicated settings, along with the ability to program custom settings or opt for the most dynamic and carefree Baja mode. This dials back all the assistance systems, delivers faster shifts from the ZF-supplied Torque flite eight-speed automatic gearbox, sharpens the steering and drastically softens the suspension’s Black Hawk e2 adaptive shocks.

Like Sport mode, Baja mode also opens up a valve within the exhaust to override dampening that was required in order for the TRX to meet EU noise regulations. With the valve open, the TRX roars like an angry T-rex with a pterodactyl wing stuck in its tooth. From the comfort of the deep, wide and luxurious leather bucket seats in the wide, spacious, carbonfibre-, chrome- and suede-appointed cab, you barely notice the increased growl, such is the sound-deadening – but those on the outside certainly will.

What three-tonne truck also doesn’t need a launch control system that lets you set the engine speed at up to 4500rpm, shoot off the line and watch your speed climb at a meteor-like pace on the head-up display?

Despite its immense performance numbers and some hefty engineering excellence, the TRX is still able to be a workhorse, with a large towing capacity its most obvious strength. 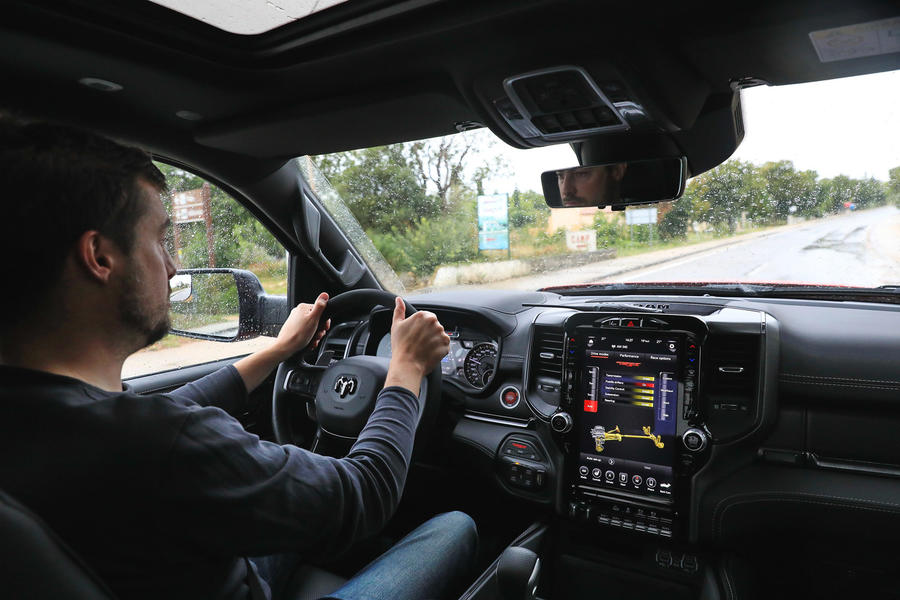 It’s exceptionally comfortable and capable off road and hindered only by its hulking size, which is far from ideal for the UK. But whether on the open road, in a field, up a mountain or crossing a desert, it feels as nimble as a truck half its size.

Performance wars between rival brands have gone almost extinct as the dinosaurs as manufacturers strive to meet ever cleaner and greener targets, but the TRX is a throwback to a prehistoric time, when puerile numbers games and antagonism were the order of the day. 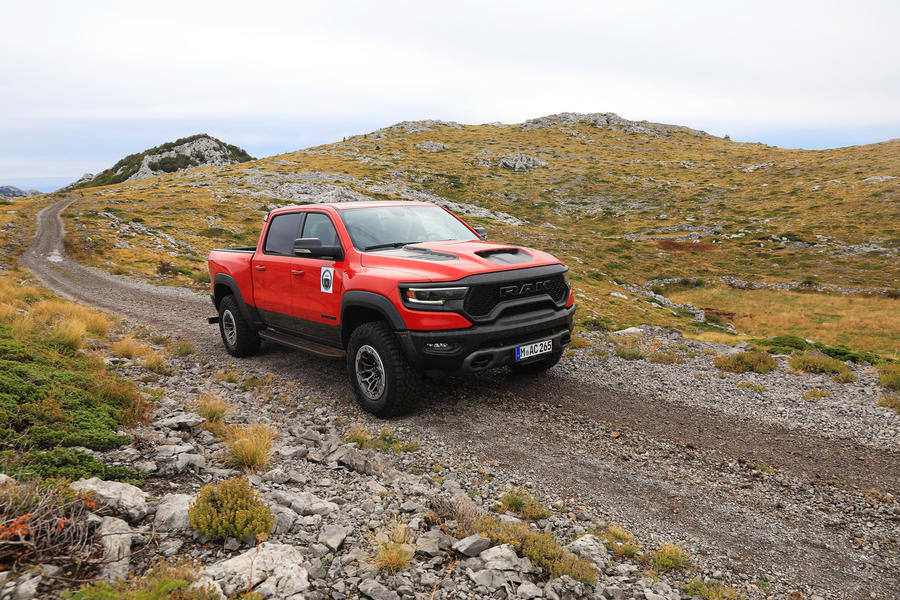 Log in or register to post comments
Just Saying 19 October 2021
As mentioned in several posts, we should expect more power and ignorance to come, possibly for the next one or two years IMO.
Afterwhich it'll be similar to the shame of walking out of the supermarket with 1/2 dozen plastic bags!!
Bob Cholmondeley 19 October 2021

Just shows how litle the Americans care about the environment.

I would take this over anything electric, anywhere, ever.

Read between the lines, and Autocar would do as well - they are just too scared to admit it.