From £85,5768
Folding-roof 911 is as monstrously fast as the coupe, only with added drama
Open gallery
Close

If it wasn’t for the influence of history, there might not be a Porsche Turbo Coupé or Cabriolet any more. Back in 1975, fitting a turbocharger to a Porsche 911 and widening the body to accommodate massively bigger rear wheels was a breathtaking thing to do, but that was when ordinary 911s only had 200-and-a-bit horsepower, plus knife edge-handling that meant the extra poke would have sent them backwards through a hedge.

Nowadays, the most basic 911 has 385bhp and every 911 is turbocharged and possesses a wide body anyway. Expanding the 3.0-litre to 3.7 litres and boosting power to 641bhp for the latest Turbo suddenly looks a bit excessive to some eyes, even when the whole vehicle weighs 1700kg, but the traditional existence of a Turbo as a variety of 911 means the demand keeps rolling.

It becomes a 205mph all-wheel-drive car with the astounding 0-62mph acceleration time of 2.8sec, mostly because of the class-beating traction of the rear-engined weight bias and the clever way the sophisticated traction control directs the right amount of torque to every wheel.

Suddenly, we have a car that can more or less match the very quickest supercars, beating them for quality (as Porsche always does) and selling from £168,127, a price that looks decent against McLarens and Ferraris of equal capability, even allowing for the barminess of Porsche’s option pricing, whereby you’re required to pay an extra £2180 for a sports exhaust, £1203 for adaptive cruise control (a gadget that comes free in many an upmarket Vauxhall) and an extra £434 for the best grade of headlight. Even so, our test car’s total of £178,414 still looks okay against others in the supercar realm. 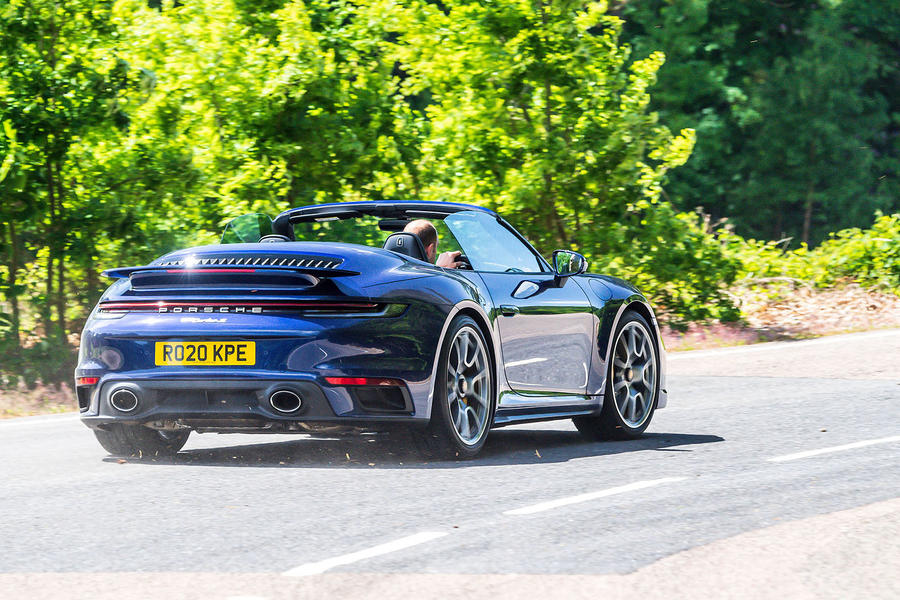 We’ve tested the Turbo S already and found it deeply impressive. By shamelessly plundering Ricky Lane’s verdict of a couple of months ago, I can tell you that this top-end 911 is pretty close to being “the quickest car in the world” point to point, because it’s so well developed to cope with all conditions that “it’s a car you can trust”. Porsches have always been like that: drive comfortably through France with your other half to the Paul Ricard circuit, do a full-on track day when you arrive and then drive comfortably back again.

The question mark comes when you start talking about the car’s sheer performance potential. Convertibles are mainly cruisers. Fabric tops are sometimes speed limited because they can’t always stand the stresses of extreme speed. They’re usually quite a lot noisier than tin-tops, too. Surely, a Porsche Turbo Cabriolet is a bit of a weird beast, possessed of huge potential that its drop-top status discourages you from using?

All I can tell you is that it isn’t like that at all. For one thing, there’s no limit on the roof-up top speed. Porsche engineers laugh at such restrictions. For another, the roof is quiet at speed. You’d have to do a direct back-to-back test to verify that it’s as quiet as a coupé, but it’s certainly not much different. A bit of speed testing away from public roads soon showed that a 120mph cruise is entirely practical from the noise point of view, and the car seemed to promise that 140mph would be much the same. Perhaps better to choose the autobahns of Germany for your holiday, not France.

Where the character of the car differs from its coupé sibling is in its cruising character. Your instinct is to go a bit slower with the top down, to enjoy the fresh air. The cockpit isn’t as well protected from buffeting as the best two-seater would be, but it’s pretty good. Owners improve things by using those unsightly 'cockpit protectors', considered by this writer to be almost as naff and generally damaging to the look of the car as mudflaps. There’s more noise, too, of course. Motorways are generally more pleasant with the roof up, simply because of the racket generated by the traffic around you. Thankfully, the canopy raises very rapidly on the button at speeds below 30mph, a handy facility.

As for the rest of the car, it’s pretty much unimpeachable. It’s wide, which occasionally restricts its manoeuvrability on country roads, and although it's unfailingly well mannered at low revs and speeds, there’s always a rather unsatisfying feeling that you’re not doing justice to this immensely capable car. Especially with the gruff note of that pricey sports exhaust to remind you of the fact.

I’d argue that a no-frills 911 cabrio might be more satisfying most of the time, especially if you save £40k-£50k on the purchase and don’t have to cope with either the Turbo’s hard (but controlled) ride quality or its ferocious levels of road noise that, for me, border on the unacceptable on some coarse British surfaces. 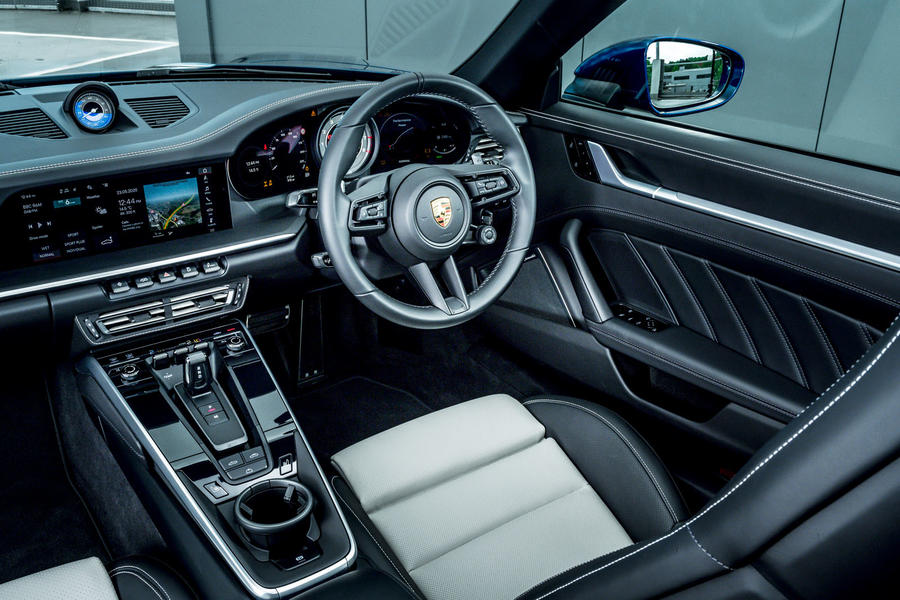 There’s certainly no reliability, capability or quality reason why you shouldn’t. This machine is made with about as much integrity as any car on the road. And if you love 911s, have the wherewithal and want to demonstrate your ability to spend more than strictly necessary, then go ahead.

Personally, I suspect a Turbo coupé makes more practical sense, and a Carrera or Carrera S might be a better choice of 911 drop-top. But there’s no way you’d be making a mistake. 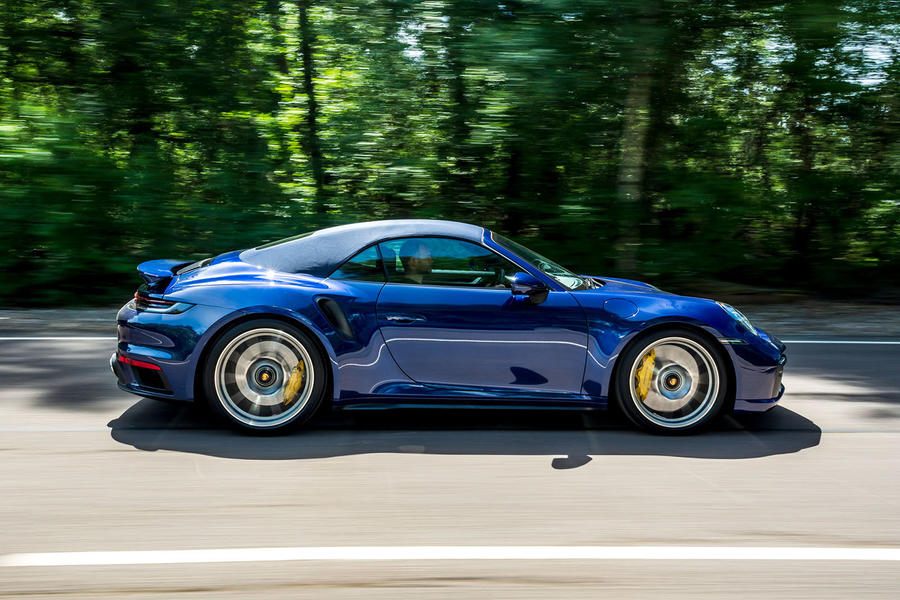 “it’s a car you can trust”. Porsches have always been like that

No, they absolutely have not.