From £18,3008
Mitsubishi's popular pick-up has been given a rugged revamp after just three years. Does a new look and safety tech make it a more compelling choice?
Open gallery
Close

The Mitsubishi L200 is celebrating its 40th birthday this year, and for the occasion the Japanese firm has given its popular pick-up a bit of a nip-and-tuck. That’s despite the current fifth-generation L200 only being launched three years ago.

Despite that short time gap, Mitsubishi bosses are adamant that new version has been developed because it could make a substantial number of improvements – and that this is an ‘extensive’ reworking, rather than a quick facelift. They cite more than 4200 new parts and changes.

Given the pick-up market is becoming increasingly competitive, with recent arrivals such as the Mercedes-Benz X-Class and established rivals such as the Ford Ranger and Nissan Navara all battling for market share, keeping the L200 among the class leaders is vital for Mitsubishi – it expects to selll more than 180,000 globally this year.

You won’t have to look too hard to spot the cosmetic changes. The L200 (known as the Triton in other markets) sports a bolder, aggressive new front end that features a version of Mitsubishi’s ‘Dynamic Shield’ grille, and is designed to be more rugged and aggressive, in line with the current pick-up market.

Under that revamped bodywork are some more substantial changes, including a whole host of new safety and driver assistance features, including blind spot detection, 360 degree cameras, brake assist and hill descent control. They’ve been added to make the L200 a more versatile, rounded pick-up – whether you’re buying one for business, or are one of the increasing number of buyers choosing one as an alternative to a car. 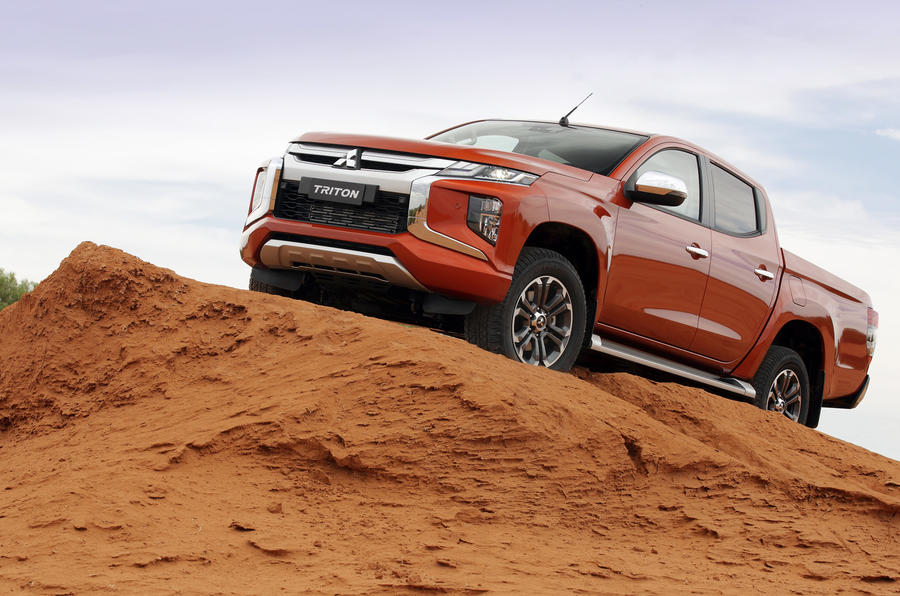 Under some facelifted vehicles, you certainly won’t mistake the new L200 from its predecessor. To this tester, it has the sort of presence and style you want from a pick-up.

Inside, it’s a different story. While there have been a number of changes, they’re of the mild tweak rather than full reworking variety, and the cabin would best be described as comfortably utilitarian. It’s all functional, well laid out and feels built to last, with useful touches like four USB ports.

The cabin is also comfortably spacious for four grown-ups, at least in the double cab version we tried – and, due to low demand, the single cab variant won’t be offered in the UK anyway. There’s plenty of kit too, especially in the higher trim levels.

Because the UK won't get the new-look L200 until the summer of 2019, with Mitsubishi gradually rolling it out across global markets, final specifications and pricing for Britain have yet to be finalied. It has just gone on sale in Thailand, where it is also produced, and it was a Thai-spec version that we tested on a route that included city, motorway and country driving, along with an off-road course.

The new L200 model features the same turbocharged 2.4-litre diesel engine as the previous model, and that is likely to remain in the new UK version, mated to the same six-speed manual gearbox. That said, differing regulations mean the performance could well differ.

Alongside the manual, a new six-speed automatic will also be offered – and was on a test truck that we used briefly to sample an off-road course.

That engine produces 178bhp at 3500rpm, which is enough both to cruise comfortably on the motorway, and ensure plenty of low-down pulling power in tougher conditions. The diesel engine is somewhat on the gruff side, and it certainly isn’t quiet, but given this is, ultimate, designed and built as a commercial vehicle core buyers likely won’t mind that as a trade-off for its useful power and torque.

As with the pre-facelift L200, the ride is exactly what you’d expect from a one-tonne pick-up. Mitsubishi says it has done work on the car’s damping and suspension to smooth things out, but the combination of a solid chassis and live rear axle means that things can get bouncy. But on an average road you won’t notice too much, and you’ll be grateful for that extra give when you either load the L200 to capacity or take to rougher surfaces.

The drive modes on the four-wheel-drive drivetrain have also been revamped, with the addition of gravel, snow, sand and rock that vary how power is needed to optimise performance. We weren’t able to test them all, but can attest that the L200 can tackle an off-road obstacle course and a tropical Thai forest trail with aplomb – information that is, admittedly, of limited use to British commercial vehicle buyers.

What they’ll want to know about is the L200’s dimensions and specs. And this is where nothing has been changed from the previous model: in fact, Mitsubishi notes the load bay accessories – such as a cover – made for the current L200 will fit the new version.

That means the load bay can cope with up to 1040kg, with a likely combined towing and load weight of 4.09 tonnes. 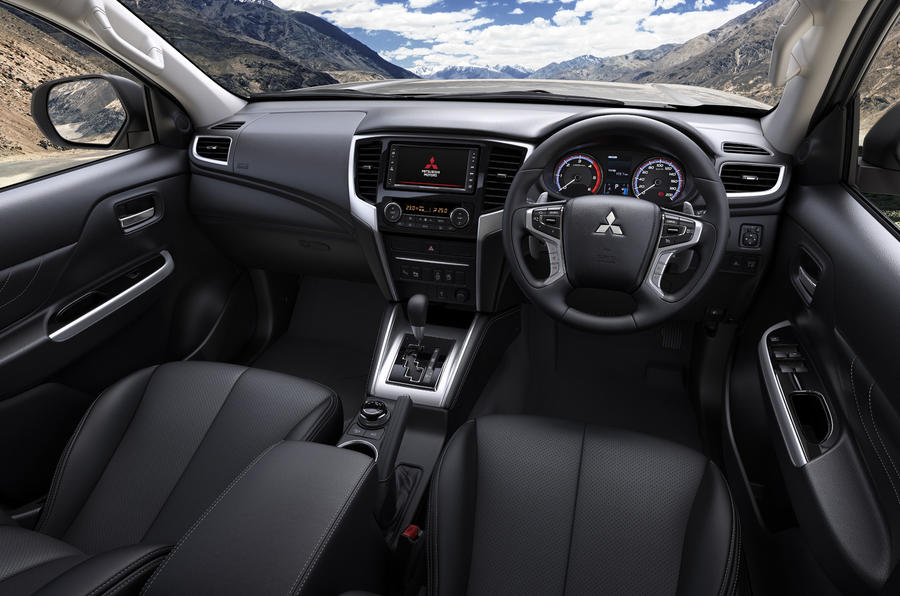 The fifth generation L200 was already a compelling option as a commercial working vehicle: good value, easy to use and among the class leaders in many areas. And the tweaks and additions made to the pick-up only serve to make that case stronger.

That said, the final decision on picking between the L200 and, say, a Toyota Hilux or Merecedes X-Class for those seeking a commercial vehicle will likely come down to the results of a spreadsheet as much as the soul. Whether the figures add up will depend on the exact specifications and price of the new L200 when it reaches the UK next summer. That extra kit is likely to come at a small premium over the existing model, which start from £20,655 for a club cab, and £21,905 for a double cab.

The extra changes certainly make the L200 a more compelling choice for private buyers, although with the caveat (which applies to all pick-ups) that, unless you really need a heavy duty workhorse with immense off-road ability, the compromises that entails in refinement and on-road behaviour mean you’re better off looking at an SUV. 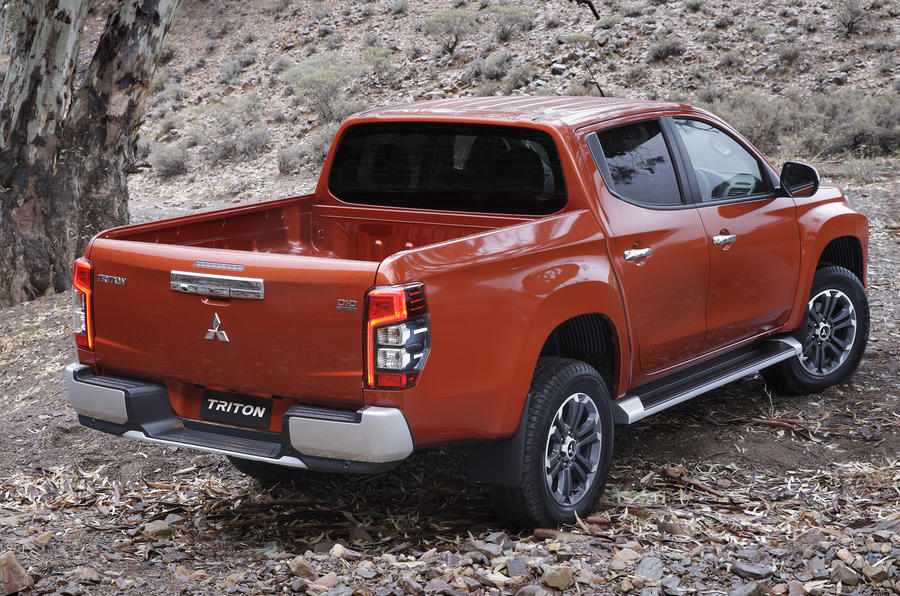 This is Amazing place. I’d like with this specific study that's topical to lots of thanks.

Named after a shower

Named after a shower manufacturer in other regions. Unusual!