From £28,3496
Mitsubishi's small SUV is no-nonsense and functional, but still trails its rivals in most areas and this range-topping version looks expensive
Open gallery
Close

The Mitsubishi ASX was the Japanese manufacturer’s first foray into the lucrative crossover segment in 2010, but it’s yet to be the sales hit Mitsubishi hoped it would be. A bland interior, unrefined engines and a rise in UK price due to an unexpectedly strong Yen exchange rate left it trailing its rivals, which are more competitive than ever.

In a bid to remedy that, the ASX has been updated for 2017. The alterations are mainly cosmetic, but the manufacturer hopes they will inject some fresh interest in the crossover.

Chief among those changes is a new front end, which brings the ‘Dynamic Shield’ styling of the ASX in line with the latest updates for the larger Mitsubishi Outlander. Certain trim levels also get more kit, and the revised ASX is offered with a new 1.6-litre diesel engine, which joins the 1.6-litre petrol unit in the line-up. That said, the lion’s share of UK sales is still expected to go to the 2.2-litre diesel.

The bigger diesel engine, which we’re driving here, is only available with a five-speed automatic gearbox and all-wheel drive in the top two trims. Trim levels are divided up into 2, 3 and 4 variants as well as this new top-level 5 derivative, which features an upgraded leather interior, heated rear seats, LED interior lights and an aluminium pedal kit. ASX prices start from a fairly reasonable £15,999 but rise to a less-competitive £28,399 for the variant we tested. 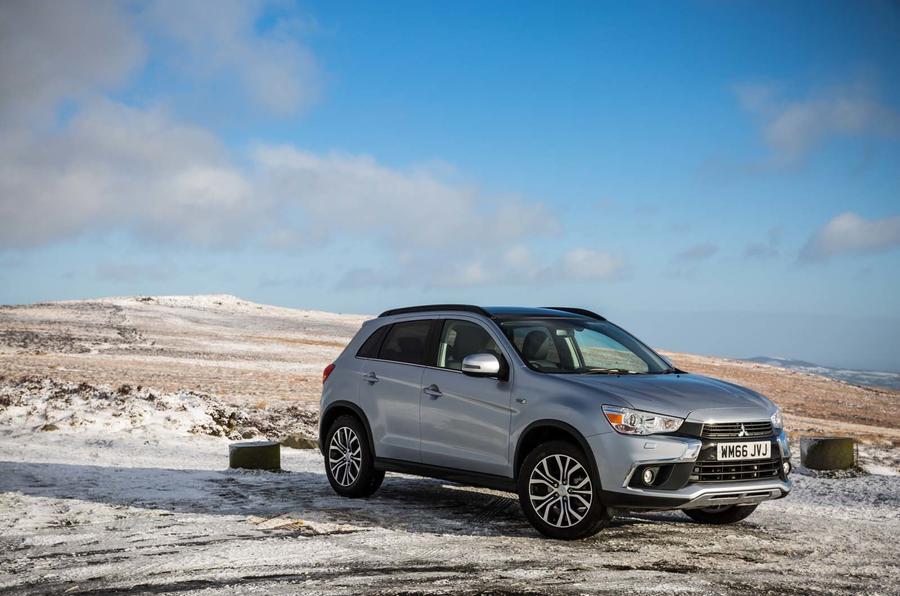 The 2.2-litre diesel still has an agricultural feel to it. When cruising at around 2000rpm its thrum isn’t too noticeable, but acceleration results in harsh engine noise, and vibrations can be felt through the pedals.

Although engine noise is a major negative, at least there’s lots of torque available. The ASX feels urgent away from a standstill and its power delivery is linear, while acceleration is brisk even at higher speeds. This engine is gutsy enough to enable the ASX to tow a braked weight of up to 1400kg, which is enough to haul the majority of trailers and caravans.

The six-speed automatic gearbox is a little slow-witted, although the manual paddle shifters can be used to offer more responsive gear changes.

Like many crossovers, the ASX offers unflustered, stable handling without being fun. The steering is light and doesn’t offer much feedback, but is at least fairly precise, while the ride remains composed on all but severely broken roads. The on-demand all-wheel-drive system ensures good grip through corners and makes the ASX sure-footed across challenging terrain. 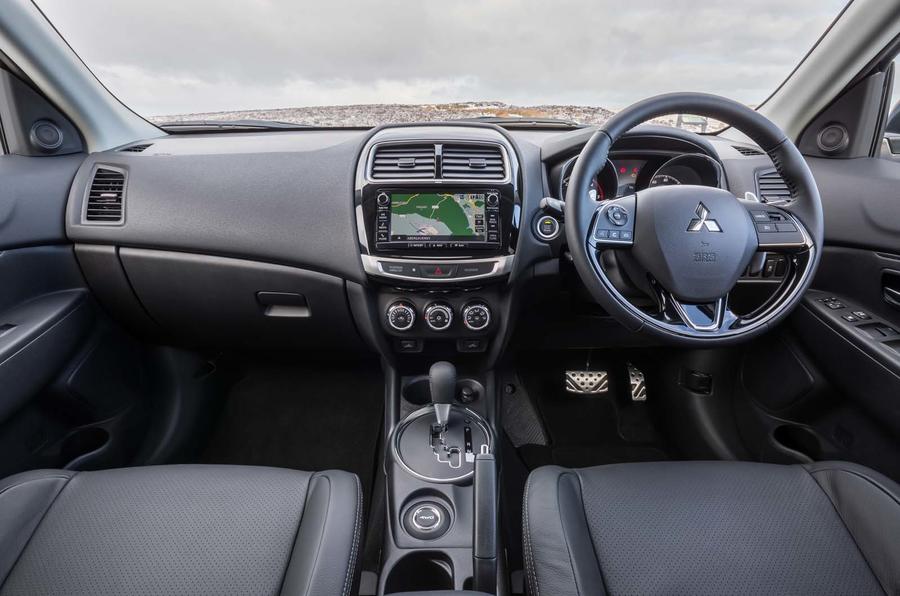 Driving the ASX is unremarkable but it’s at least predictable, safe and largely comfortable, which will be more important to most buyers. The trouble is, rivals such as the Seat Ateca and Skoda Yeti offer a far more engaging driving experience.

Likewise, the interior is functional and practical but there’s nothing innovative about it. Our car's infotainment system (which comes as standard with ASX 4 trim and above) feels old, and many of the materials and switchgear on the dash feel cheap. There’s plenty of room in the front seats and passengers in the rear get decent head and legroom. As for the 419-litre boot, it’s bigger than the luggage spaces of the Renault Captur, Toyota CH-R and Yeti, but smaller than the Ateca's boot.

With so many small SUV rivals to chose from, it’s a tall order for the ASX to state its case. This 2.2-litre diesel variant has high CO2 emissions and its fuel economy is worse than most of its rivals, but as a functional package with plenty of kit, all-wheel drive and interesting looks, it still holds some appeal.

At close to £30k, this top-spec variant feels expensive. You can save almost £3000 by sticking to the next trim down, which only forgoes fancier leather trim, heated rear seats and LED lights. To put it into perspective, a top-spec Laurin and Klement Skoda Yeti with four-wheel drive and an automatic transmission can be had for around £1000 less than this ASX 5.

The crossover segment has moved on a lot since the ASX was first launched, and this facelift doesn't go deep enough to make a front-runner. While Mitsubishi's Outlander PHEV has found success as the sole choice in its niche class, the ASX feels a little lost in a segment awash with high-quality rivals.

This has all the visual appeal of a meat paste sandwich. Very dull
ianp55 23 January 2017

Prices at the bottom of the range seem very ambitious as well,it's undercut by the Ssongyang Tivoli & Suzuki SX4-Cross/Vitara as well which are better equipped and cheaper