From £21,2606
A decent car hamstrung by a sluggish plug-in hybrid powertrain, which makes its price problematic too
Open gallery
Close

Just remember, whatever else you take from this, that one of the primary purposes of this new Kia Xceed 1.6 GDi PHEV is to save fuel and curb CO2. With its combined fuel consumption of more than 200mpg, an electric-only range of 36 miles and a carbon output of just 32g/km, you could hardly miss the fact.

What’s unusual is that all this energy-saving stuff is wrapped into the body of a so-called sports crossover, the fourth member of the weirdly named Kia Ceed family whose rakish profile (that’s the sports bit) rides higher than other coupés (that’s the crossover) and thus provides you with both a sporty driving position and an elevated eye line at the same time. It’s an interesting combination. 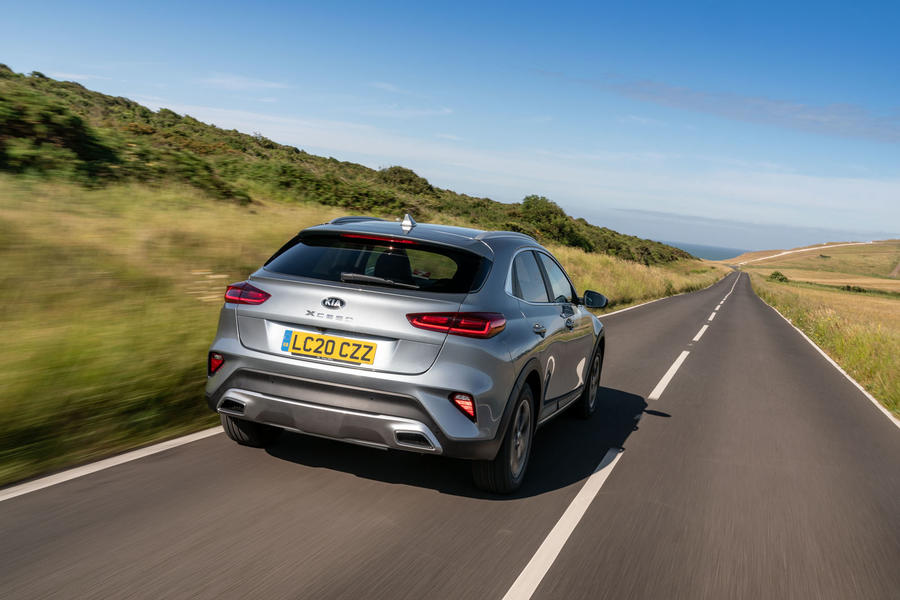 Designed in Europe for European showrooms, the Xceed plug-in hybrid (PHEV) comes instantly as compact, good looking and well put together, with all of the panel fit and paint quality we’ve become used to from Kia, plus the interior attention to detail that befits a company that employs hi-fi designers for its switchgear and can afford to cover its cars with a seven-year, 100,000-mile warranty.

Mind you, this is a conventional Ceed in most ways, with a 4.4m overall length sitting on the 'family' 2.65m wheelbase, and its transverse front-drive powertrain consisting of a 104bhp petrol 1.6-litre four-pot engine. However, this engine is assisted by a 29bhp transmission-mounted electric motor that is claimed to be able to propel the car for 36 miles in the city on power alone, driving (promisingly for keen drivers) through a six-speed dual-clutch transmission instead of the CVT that’s often used in cars like these.

There’s an 8.9kWh traction battery accommodated beside the fuel tank (Kia makes play of the fact that the Xceed’s mechanical design took electrification into account from the very beginning) to help propel the car or store regenerated energy.

There are three assistance modes: 'EV', which cuts out the petrol engine while the battery lasts; 'Automatic', which chooses the power mode that best suits the circumstances; and 'Hybrid', which takes over when battery power is depleted, finding opportunities to harvest power when the car is braking or slowing down. There’s also an adjacent 'Sport' button that sharpens throttle response and runs the engine at all times to recharge the battery.

Frankly, though, the performance is disappointing. The stopwatch figures look reasonable for a car of this size and shape: a 107mph top speed and a 0-60mph time of 10.4sec. And the car glides around town smoothly enough on its battery, provided you’re not in too much of a hurry. But if you want to get going – just to stay with the traffic – you need to engage both means of power, whipping the Xceed’s inert accelerator into action with the Sport button. Which rather blows a hole in the economy driving experience: the car feels so underpowered that you have to forget about stroking it about to save energy in favour of whipping it along just to encourage some action. Even at a motorway cruise, you’re aware of the need to keep it percolating to overcome the 1600kg mass; it dominates the driving.

Having said which, the ride and handling are decent and show clear evidence of the European development Kia talks a lot about. The ride is firm but flat and nicely damped and the surface noise is dulled by the fact that the Xceed rides on sensible 205/60 tyres and 16in wheels. The steering (variable in effort according to choice, although the differences between settings are small) needs only 2.6 turns lock to lock and feels nice and accurate. The brakes are perfectly effective, but because of the way a PHEV’s regenerative braking is required to work with the old-school, friction variety, they’re not quite as precise as more conventional Kias. But it all pales against the feeling of having constantly to whip the Xceed PHEV into action. 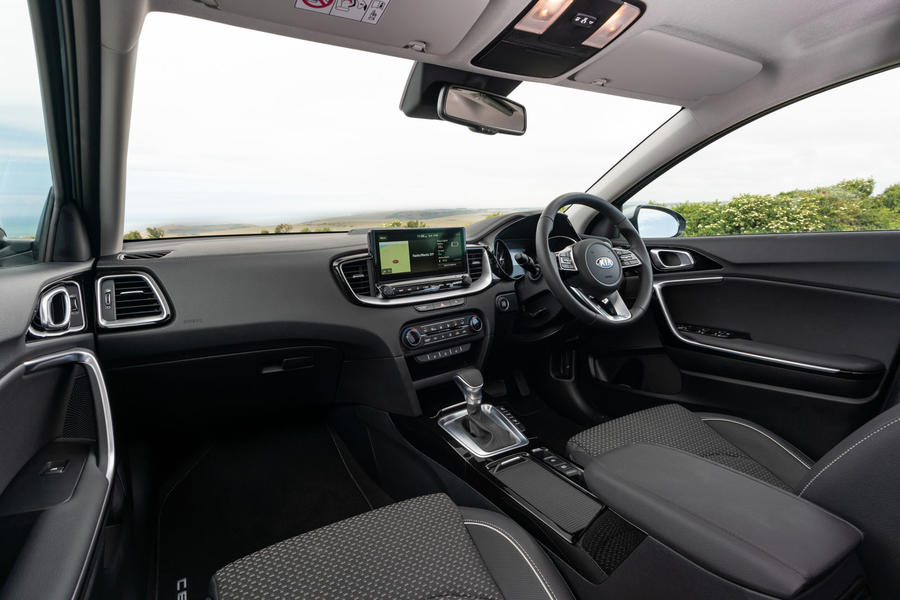 Hmmm. Not without examining your need for a plug-in hybrid in the first place. (Kia makes both petrol and pure EV cars that are nicer day-to-day propositions.) And not without trying rival PHEVs as well. This Xceed’s peculiar powertrain is presented as an advantage when it comes to energy saving, but drive one for a week and it feels more like a drawback.

The Xceed is a decent car, well made and nice looking – and with that spectacular seven-year warranty – let down by what’s under the lid. More development, please. 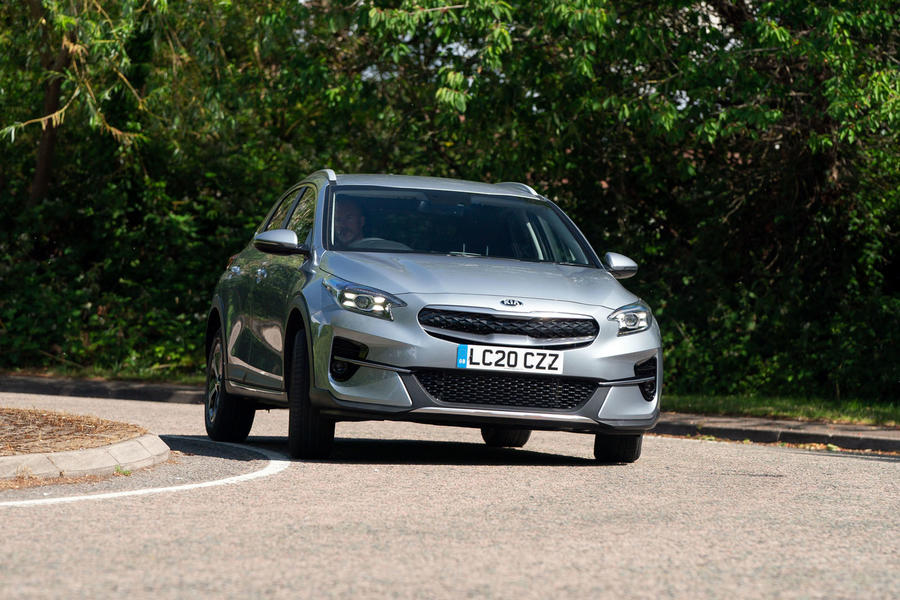 30K FOR THIS korean turd? insane

remember when kia sold cheap cars like the £5995 picanto? Apart from korean nationalists who would pay 30 grand for a lukewarm tax cheat plugin korean hatchback?

A good company car candidate if they had just put another 20bhp of electric motor power in it, that's all it needs. As it is, there are better choices. They seem to just be re-using the Niro powertrain but the demographics for this car are probably quite different,

The manual Xceed 1.4T is 24k or Auto is 25.5k both are far quicker and come in at around 6k pounds Less for a better car.  Just how long wwould it take for a private buyer to get their 6,000 thousand back? 12 years?