This is Kia’s all-new electric Soul, now slightly larger, packed with substantially more technology and most appealingly of all, furnished with a drivetrain and battery pack that will enable it to officially travel 280 miles between charges.

If you use a 50kW charger, 80% of that range can be replenished in 75 minutes. And those numbers are sufficient to make the Soul EV viable as an everyday, all-journey car. Kia has yet to announce a price, but it will be usefully less than the e-Niro’s £36,495.

Given that car’s outstanding blend of range, performance and price, it should be no surprise that the new, second-generation version of the Kia Soul uses exactly the same electric motor, power electronics and battery systems. Kia also points out that the huge cost of developing and manufacturing this drivetrain necessitates sharing it across these three models within the Hyundai Group.

The Soul sits on a different platform, however, and one that is structurally stiffer and 30mm longer in the wheelbase than previously. The front overhang has grown by 25mm, for intriguing reasons we’ll come to, but the wheelbase stretch does at least yield another 13mm of rear legroom. The boot’s bigger as well, though not by enough to eliminate criticisms of a shortfall.

These include cooling and heating the 64kW battery with liquid rather than air, while a button enables you to control heat or chill only the driver’s portion of the cabin if you’re one-up and need to eke. An in-built heat pump recovers waste heat from the coolant, while driving modes that include Eco and Eco Plus help, as do four levels of brake regeneration, these altered via paddle shifts as per the e-Niro. 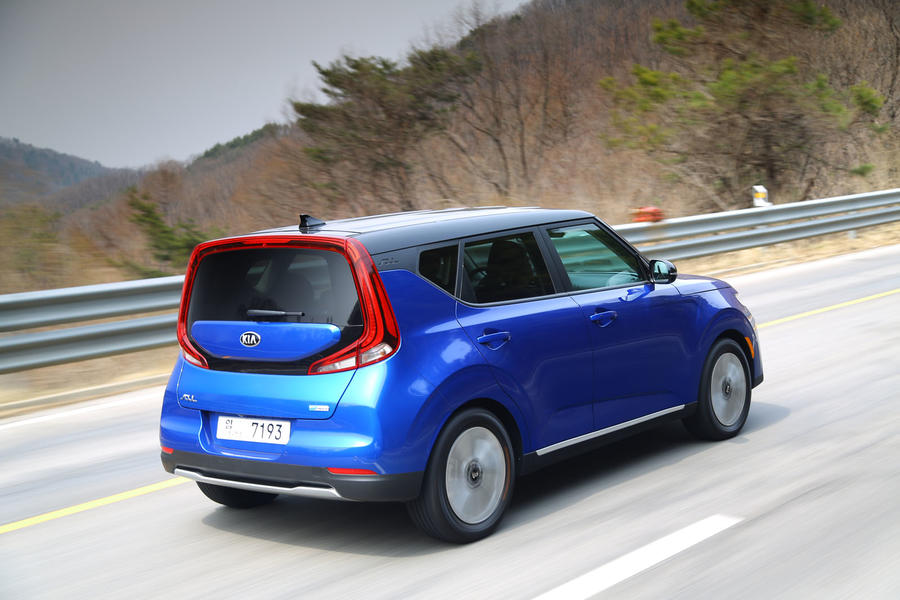 It looks bigger and it feels more grown-up, especially inside where the cabin takes on a new level of sophistication and convenience. But the biggest difference will be in your mind, because like the e-Niro, this is an EV in which that 'will-I-make-it' anxiety can largely be forgotten.

The Soul’s new TFT instrument cluster displays your range in fairly big digits, and in contrast to older EVs, they tumble at a considerably slower rate, and sometimes more slowly than the rate at which miles are covered. It’s also much easier to slow the decline with careful driving.

You enjoy the near-noiseless propulsion of an EV, of course, but more compelling are the urgent surges of power to be enjoyed at low to middling speeds. This is an urban crossover that really is suited to an urban world. It will quickly dart into gaps, it will sludge through jams with minimal semi-autonomous effort and do all this without fuming the streets. And all of this can be enjoyed in a fair degree of comfort.

This is not an especially luxurious car, but it’s well-equipped, restfully quiet and rides adequately. It’s also spacious, back-benchers enjoying the space to slump quite extravagantly. As with every EV the battery pack’s mass can produce resolute thumping over bumps, but the Soul’s ride rarely turns uncomfortable.

You do sense its heft, though – this is a 1682kg machine – and the urge to fling it about is somewhat tempered by steering that feels too lightly disconnected in all modes other than sport, in which it turns springily resistant. Which is better, but not great. That’s a shame, because the Soul’s low centre of gravity and contained roll allow moderately ambitious, fluent cornering. Couple that to its surprisingly brisk 7.9sec 0-62mph time – the same as the more potent Nissan Leaf scores – and it’s easier to understand Kia’s desire to make this car look slightly more sporty.

That, in fact, is the reason for the slightly disappointing 25mm stretching of the front overhang, although the main reason, rather unexpectedly, is to lend the Soul’s face a resemblance to… Darth Vader. It may be more than 40 years since the original ‘Star Wars’ blazed across the world’s cinema screens, but this film’s memorably glossy embodiment of evil was a visual inspiration, says Kia.

The electric Soul’s face hardly looks evil, but it will grab attention with the night-time illumination of its jutting, trapezoidal grille. Those keen on unusual lighting can enjoy a veritable palette of in-cabin glowing ambiences, although switching them on defeated the occupants of this test car. 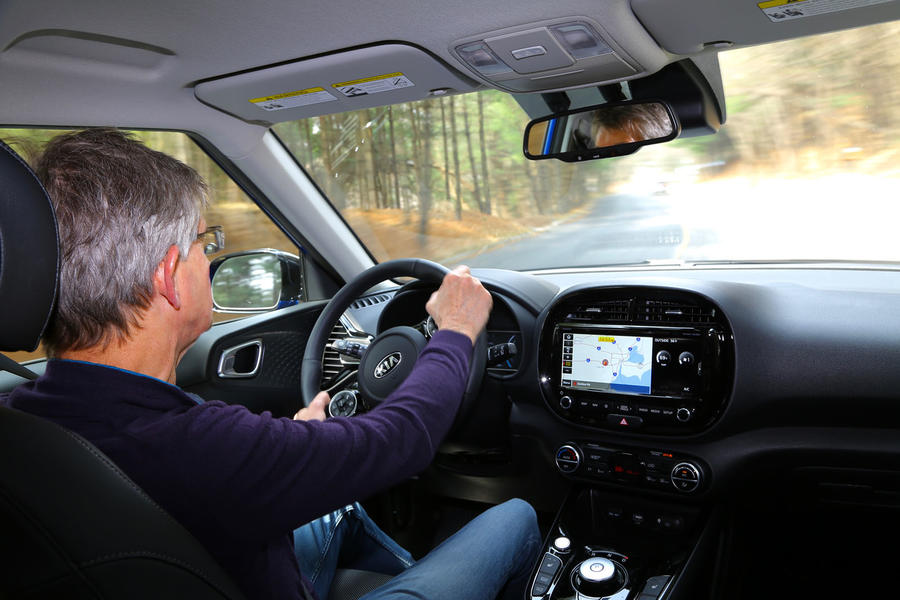 Like the e-Niro and Hyundai Kona, the Soul EV provides a genuine advance with its combination of range, performance, recharge time, all-round convenience and price.

It remains pricey for a practical high-rise family hatch, but it’s substantially more practical and affordable as a zero-emission EV, and comes with a visual persona all its own.

If you want one, your chief issue will be the wait – orders for the e-Niro stretch to 2020, and the Soul EV does not go on sale until late this year. But by that time, Kia’s plans to increase production of its EV powertrain may well have been realised. 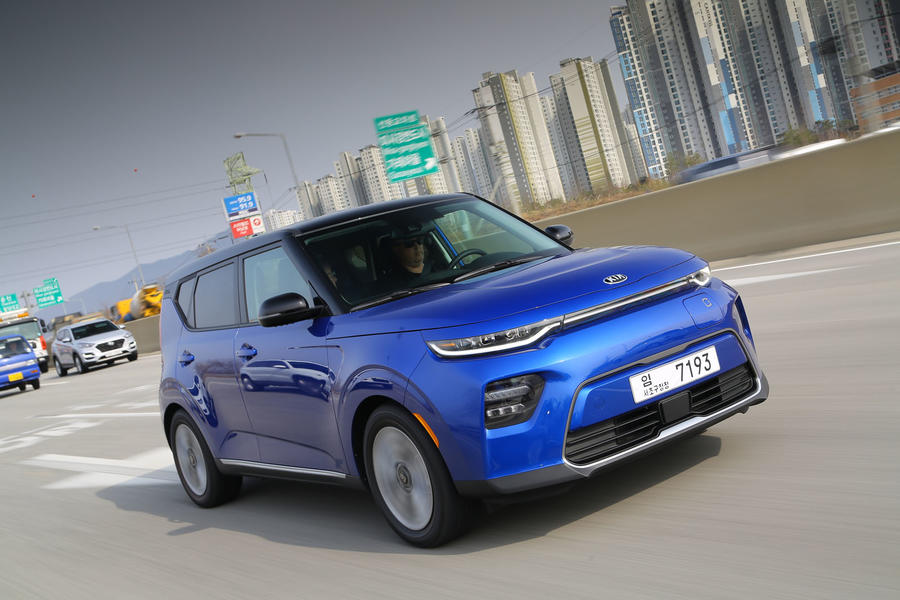 I'm really impressed about the info you provide in your articles. I must say am highly overwhelmed by your whole story. It’s not easy to get such quality information online nowadays. I look forward to staying here for a long time.Best Regards - norton.com/setup

...the back will look pretty spectacular at night when it is all lit up - an almost complete circle of red!

They also seem to be addressing the problem of interior heating in EVs although I could never understand exactly why it should be a problem:  I thought the batteries produced a large amount of heat when working that has to be managed, so surely there must be a less complicated way of conudcting that heat to the interior rather than venting it out wastefully to the atmosphere.

the front is like "im gonna mow yu down" and the back is like "oh what a lovely day it is."