From £16,5607
Fiat's 500X is treated to a midlife facelift following dismal sales last year. Is it enough to make the Italian crossover stand out?
Open gallery
Close

You may remember that 2017 wasn’t the best of times for the Fiat 500X. During the course of that year, the steroidal, crossovery cousin to the 500 supermini saw its UK sales plummet by 66% compared with 2016, with fewer than 5000 examples leaving dealer forecourts.

This obviously proved something of a kick up the backside for Fiat, since only a few months after we first reported on this sales drop the Italian manufacturer revealed the facelifted 2018 version you see here.

Now, being a facelift, the changes made to its exterior were always going to be relatively minor. There are new daytime running lights, a new tail-light design that’s more in line with that of the smallest of 500s, while two new bodystyles (Urban Look and Cross Look) have also been introduced.

Of more importance, though, is what’s going on beneath that exterior and within the cabin. The Multijet diesel engines have been dropped from the UK line-up, as has the availability of four-wheel drive, with the new Firefly three and four-cylinder petrols representing the only powerplants UK customers can choose from.

The 500X is the first Fiat model to make use of this family of engines, which are developed on a modular structure with 0.33-litre cylinder units. For the three-pot, this translates to a total capacity of 1.0 litre, with power standing at 118bhp and torque at 140lb ft. As for the four-cylinder unit, that reaches — you guessed it — 1.3 litres and the engine churns out 148bhp and 199lb ft. Regardless of the engine configuration, power is delivered to the front wheels; the only difference is the 1.0 is paired with a six-speed manual, while the 1.3 comes exclusively with a six-speed auto 'box.

Equipment levels have been given a boost, with traffic sign recognition, speed advisor and lane-keeping assistance standard fare across the range, while a 7.0in touchscreen with Apple CarPlay and Android Auto are also included in the £16,995 starting price.

Besides those changes, the mechanical make-up is basically as it was before. It sits on the same platform, which is shared with the Jeep Renegade, while suspension still comprises MacPherson struts front and rear. 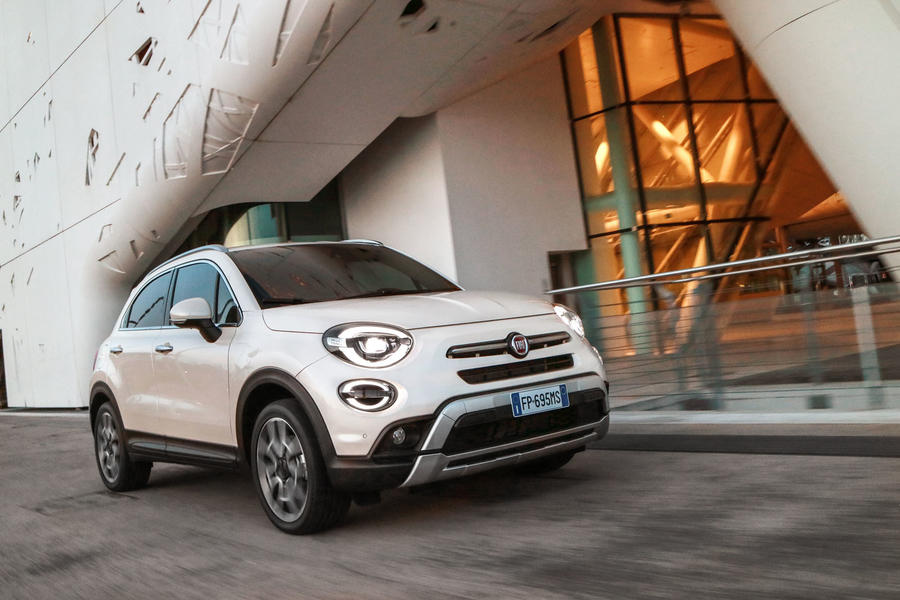 Perhaps not quite as groundbreaking as the Back to the Future-inspired marketing campaign might lead you to believe. The cabin is fairly standard for the class: soft-touch plastics are used extensively, as are the scratchier, less-desirable variety; there’s a body-coloured dash fascia panel to inject some visual flair into the interior; and space in the back is snug, though not overly tight.

There are some subtle areas where the 500X is starting to show its age, though. The dials for the heating and air-con controls — despite being large and easy to operate — aren’t quite as tastefully integrated into the dash as they are in rivals such as the Volkswagen T-Roc, while the 7.0in Uconnect infotainment system just isn’t as graphically advanced or slick as you might like. It’s not that the cabin is in any way a bad place in which to spend time, but it’s not outstanding either.

Much is the same of the way the 500X drives. The four-cylinder engine lends the car a decent amount of poke for darting in and out of city traffic, but it's prone to sounding overly strained and noisy at the upper reaches of the rev band, while the six-speed auto errs towards the slovenly side of things.

Far more preferable is the three-pot, which we spent the majority of our brief test drive with. Despite being down a cylinder, the 1.0 feels and sound far more refined than the 1.3, while the power deficit isn’t going to be a sticking point. It pulls reasonably strongly from about 2200rpm and, because it’s paired with a manual 'box, the level of control you have over it is far greater than it is with the 1.3. It’s a reasonably tactile shift, too, although the round shifter is a rather chunky affair.

Exercise the entirety of the throttle pedal’s travel and you’ll be greeted by a rather meaty thrum from the engine. While it does start to run out of puff towards the top end, the noise generated is never as grating or intrusive as it is with the larger unit. And despite ticking over at about 3,500rpm at motorway speeds, you’ll have to strain to hear it. That might have something to do with the wind noise, though.

The ride, meanwhile, is a touch firm, with compressions through dips feeling rather short and sharp, and jostling prevalent at low speeds on rougher surfaces. There’s a degree of crashing over lumps and bumps, too. This slightly stiff set-up does make for reasonably impressive body control through bends, though, which you turn in to with little in the way of communication from the otherwise nicely weighted and direct-enough steering rack. 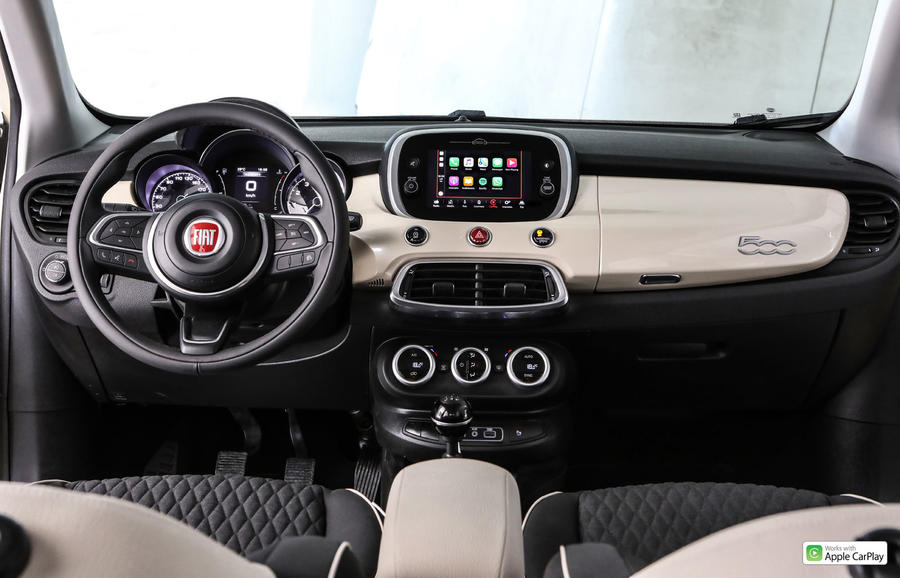 The 500X makes for a largely inoffensive driving experience, then, but ‘inoffensive’ isn’t going to see it elevated to the status of must-buy vehicle in its segment. Rivals such as the Seat Arona and VW T-Roc are sharper, more capable steers in this respect, and also offer more materially appealing interiors and superior infotainment.

Boil everything down and you’re left with a car that you’d certainly consider buying, but also one that you’d be remiss to hand over cash for before at least trying its competitors. 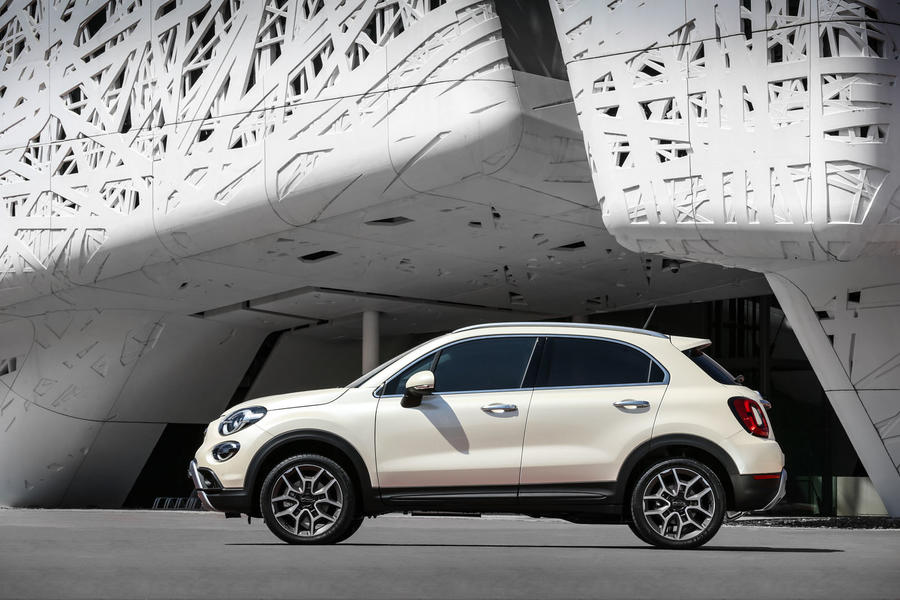 It's really great to read

It's really great to read this review. I would love to read more on this weblink. Keep us updated.

The most interesting thing

The most interesting thing about this is the engine really, considering how long the FIRE lasted in production in all its variants

As as a point of interest, or

As as a point of interest, or maybe not. There's a couple of Giulia prototypes running around Casino with the 1.3 version of the Firefly fitted.
Richard H 6 September 2018

As as a point of interest, or maybe not. There's a couple of Giulia prototypes running around Casino with the 1.3 version of the Firefly fitted.

Interesting, maybe they're going to shorten the Gulia platform for a Guiletta replacement.

Or they're testing the drivetrain for the small Alfa SUV.......

As as a point of interest, or maybe not. There's a couple of Giulia prototypes running around Casino with the 1.3 version of the Firefly fitted.

Interesting, maybe they're going to shorten the Gulia platform for a Guiletta replacement.

Or they're testing the drivetrain for the small Alfa SUV.......

I did ask the guys, they wouldn't give away much but these are complete Giulias', straight off the line, they do have an additional 'sub frame' fitted to carry the engine, it looks tiny in the Guilia's engine bay, they each run different gearboxes but both are auto's.  They did say they are running a higher power output, 180ps. I know they had a few early Giulia prototypes running the 1.4 multiairs, maybe they canned those to wait for the newer GSE (Firefly units).

I haven't seen anything that looks like a Giulietta replacement around.  They are running two prototype versions of the Stelvio 'c', one based on the current Stelvio/Giulia (952) the other on the Maserati Levante.