The world is changing and so is Bentley, hence this Bentayga Hybrid, a car that was launched late last year yet is already accounting for a significant proportion of sales, boding well for the firm’s intention to have a hybrid version of every car it sells by the end of 2023.

The Bentayga Hybrid comes replete with a 3.0-litre V6 (the smallest engine ever fitted to a Bentley), an electric motor, a battery and hybrid ancillaries. Peak power is 443bhp (the engine produces 335bhp and the motor 126bhp, just not at the same time), while the car’s total weight is a near-Mulsanne-troubling 2626kg.

Beyond that and the odd flap and dial, it's every inch the Bentayga that Autocar’s road testers bestowed with a five-star road test verdict in now-discontinued diesel form (and 4.5 stars in W12 form) and much celebration upon its launch.

There is, however, one significant bit of flotsam in this otherwise blue sea of positivity: when Andrew Frankel drove the Hybrid in the US late last year, he found himself somewhat underwhelmed by the powertrain that defines it. To quote: “The engine is just a device for doing a job, and I cannot offhand recall when I last drove a Bentley with a powerplant so far removed from the traditional values of the brand.”

Now, it would be a foolish writer who thought he knew better than Frankel on such matters, but there was one pay-off that's worthy of further attention on this first UK drive. To quote again: “This Bentayga will be bought by those who love the idea and image of Bentley ownership, care not one whit about what the car’s like to drive, but are drawn also to both the financial benefits of its hybrid system and being able to appear both affluent and environmentally aware all at the same time.”

That I’d argue, is on the harsh side of tough, as we’ll explore. 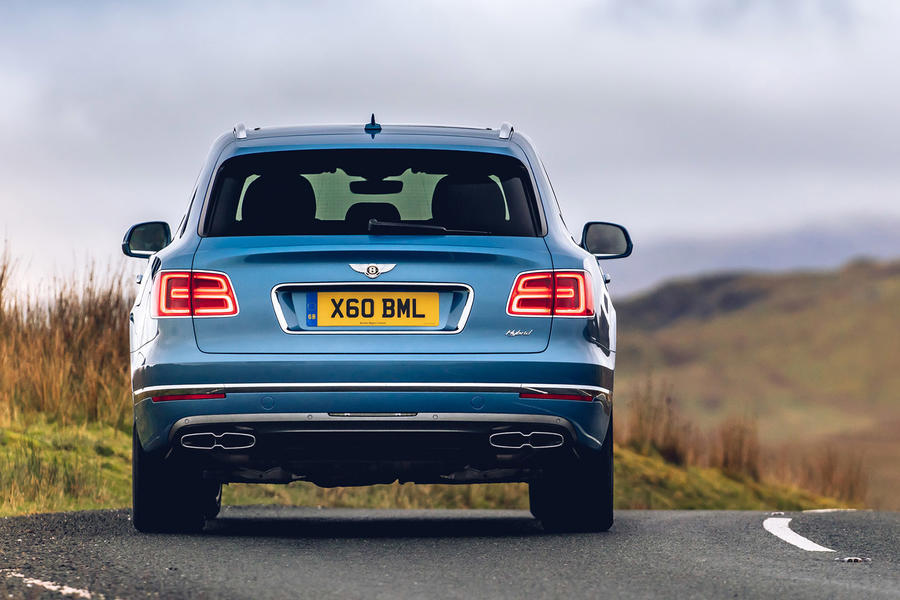 In electric mode, the Bentayga Hybrid is a supreme luxury machine. The silence is beguiling and the instant torque compelling, particularly in town, where precision is required. And yes, there is something that warms the cockles when you aren’t directly burning fuel to make progress.

You don’t have to waft along for long to conclude that this really is an altogether acceptable - better, even - expression of the future of high-end motoring, although that's just as well, because the claimed 24.2 miles of electric-only range (it was closer to 15-20 miles in our experience) doesn’t push any technological envelopes.

However, the electricity’s impact is notable. On a fully laden 250-mile drive from London to Wales, taking in mostly motorway and therefore surely one of this car’s worst-case scenarios, it managed just shy of 31mpg. I’ve done the same journey in a diesel Range Rover and managed little more. On a more favourable 80-mile run, mostly on the motorway, it recorded more than 40mpg. For day after day of dribbling around London, it ran on nothing but electricity.

When the engine kicks in (or in and out if you set your destination in the sat-nav, which then works out the most efficient times to switch between the power sources), the Bentayga Hybrid remains a very decent car so long as you're happy to stroke it along.

It is true, as Frankel highlighted, that there's little enjoyment or drama to be had, aurally or in terms of its performance, especially compared to the eight and 12-cylinder legends that have carried Bentleys of yore and now. That said, the statistics - 0-62mph in 5.2sec and a 158mph top speed - are actually quite impressive, even if the execution isn’t quite as beguiling as they may suggest. 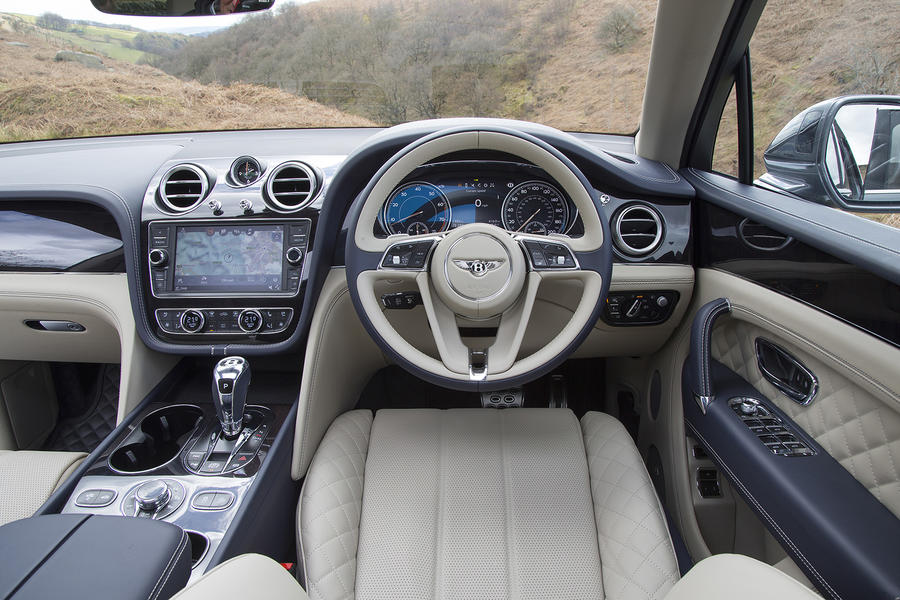 You’ll note that I started with a glowing assessment of the Bentayga Hybrid’s electric capability and then moved on to more moderate praise for the engine. If you too can look at this car from that perspective, you might consider buying one.

Frankel’s assessment that he’d pluck for the powerful, sonorous and altogether 'more Bentley' Bentayga V8 for the surcharge of just £6400 (less than 5% of the price) rings true for most buyers most of the time. But it would be a great pity if you wrote this car off as a cynical tax-dodger, created only to give access to swerve congestion charges (or city centre bans) and lower running bills for the wealthy.

Instead, consider that some do judge performance and presence differently to the majority. If I were driving relatively short distances every day, I’d relish the electric driving experience on offer here and feel good about burning less fuel than in a petrol equivalent.

So too it matters to some to make statements, and there’s a hard-to-ignore wow factor that comes with pulling up in such a big, brash car silently. And let’s not forget that, if they so choose, an owner of a car of this magnitude is likely to have garage space to show off many sides to their personality. If I were after a true performance car or performance four-seater, I may look elsewhere than a 2.5-tonne SUV anyway.

So, it may not be for everyone, but the Bentayga Hybrid has enough merits to make sense. 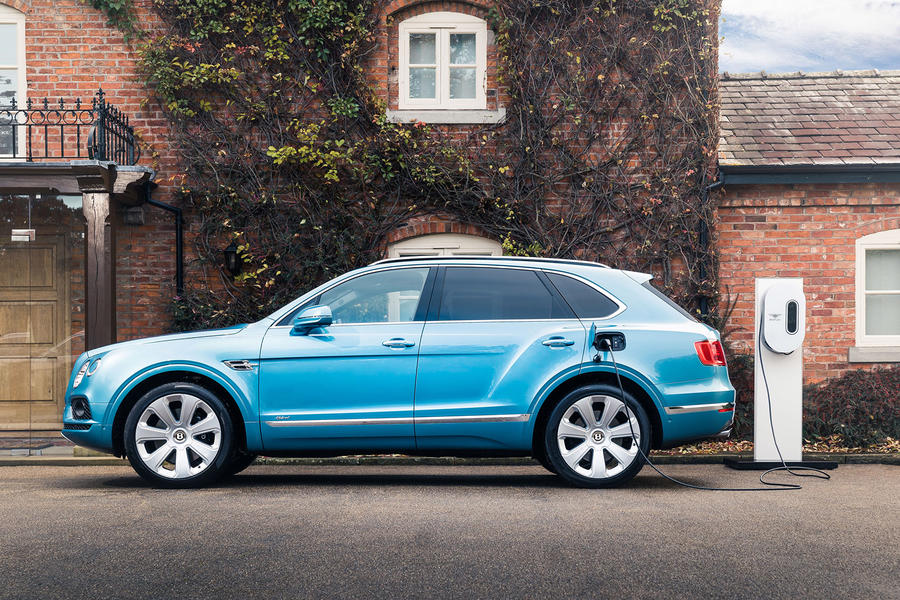 Number of the beast

Any vehicle that makes the hideously overbearing UK number plate appear smaller is a winner in my book.

for the brand name, for the price, for the interior....but ufff how inexcusably ugly it is!

2626kg - that's some mass! But consumption is not bad, especially in slow city traffic, that is commendable given that big SUVs are not going anywhere (unless explicitly forbiden).

What's the big issue? There is no such thing as a really good looking SUV.

What's the big issue? There is no such thing as a really good looking SUV.

Yes there is, RR Velar

Maybe not good looking, but...

...at least there are some that are inoffensive at least.

And one or two are are not bad - Alfa Romeo Stelvio is a good effort, the Range Rover Velar in a conspicuously fashionistas sort of way, and I happen to think the Citroen DS7 has a certain understated glamour.