7
Bentley’s first hybrid does the job well on paper, but loses a significant chunk of the charm we have long come to associate with the brand
Open gallery
Close

A very important and, indeed, significant car. It is the first step on the road towards Bentley’s stated goal of having a hybrid version of every car it sells by the end of 2023. It looks just like a normal Bentley Bentayga to such an extent that you need to go ferreting around to find a hybrid badge on the body and a new mode button in the interior before its true identity is revealed.

Or you could just look under the bonnet where instead of the 4.0-litre V8 and 6.0-litre W12 motors that have resided therein to date, you’ll find a little 3.0-litre V6, an engine that by one single cubic centimetre is the smallest ever to be fitted to a Bentley. It’s an Audi motor but you’ll find related versions in hybrid versions of the Porsche Panamera and Cayenne. The engine produces a very understressed 335bhp while the electric motor adds a further 126bhp – though, in the way of such things, they are not able both to produce peak power at the same time, so its maximum system output is 443bhp.

Not only is that a lot less power than we’re used to Bentleys wielding of late, it’s in a car that’s even heavier than those to which we’ve become accustomed. At 2626kg, if you want to find a Bentley that weighs more than that, you’ll need to look at the Mulsanne, and that not by much. Perhaps surprisingly, then, the stats are actually quite impressive: 0-62mph in 5.2sec may not scare a Lamborghini Urus off the road but, for most people, that and its 158mph top speed should more than suffice.

It offers a claimed all-electric range of 16 miles – though, in reality and decent weather, it’s likely to go further than that. You can also maintain battery levels while driving for when you encounter a low- or zero-emission zone in future. Unlike some cars and for certification reasons, you cannot actually charge the battery from the engine. 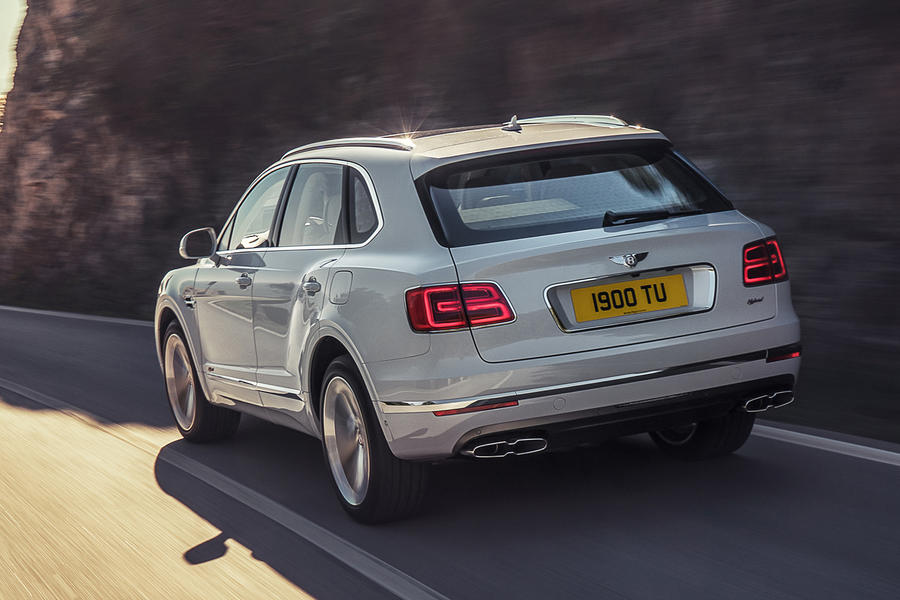 The hard truth is that this is not a very Bentley engine. The V6 is quiet enough at modest efforts but, if you work it hard, there is little enjoyment to be had: it sounds rather strained in the upper reaches of its rev range. It’s been 60 years since Bentley last launched a car with fewer than eight cylinders and that thunder to which we have become so acclimatised by successive generations of eights and 12s is notable only for its absence.

In outright terms, the performance available is actually entirely and even unexpectedly convincing for such a car, but it’s hard to see owners using it for any reason other than necessity.

Where the car fares better, and massively so, is when the petrol engine is switched off and the Bentayga is allowed to waft along in the traffic powered by electricity alone. The resulting silence and seamless acceleration strikes me as a very Bentley trait, perhaps a definitively Bentley trait indeed, and as a glimpse towards the all-electric Bentley that’s been promised by the end of 2025, it’s rather tantalising.

A rather short and heavily trafficked route meant it was not possible to hurl the Bentayga around too much, but these cars handle well by the admittedly scarcely stellar standards of high and heavy SUVs, and while its extra mass will have done no particular favours in this regard, the Bentayga still felt precise, linear its responses and easy to manage.

The rest you probably know: this Bentayga rides as well as any other and comes complete with an interior fully commensurate with its £130,500 list price. It’s exceptionally quiet at a steady cruise even with the engine switched on and spacious enough for four adults, though a longer-wheelbase version is almost certainly to be added to the range in time. 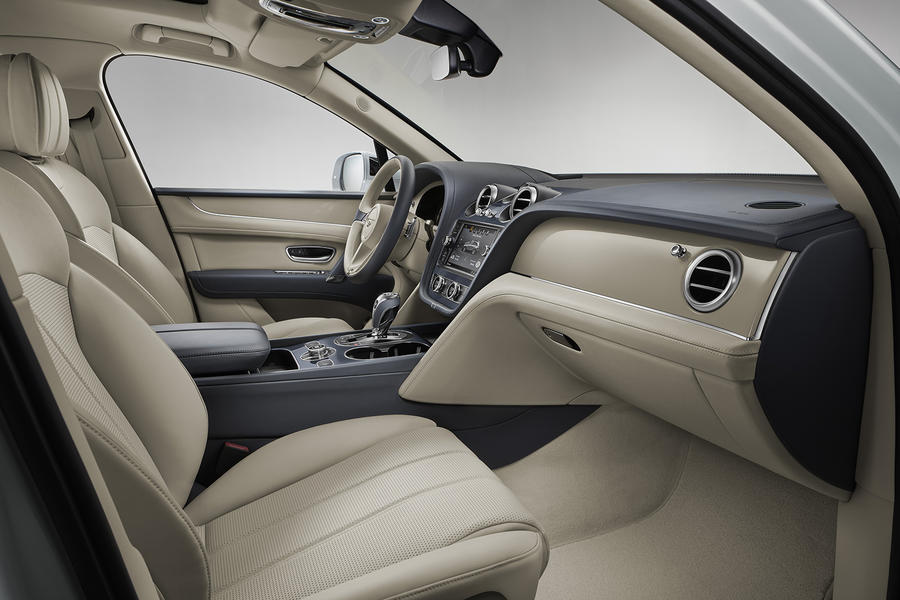 It depends. If you’re looking for a traditional Bentley driving experience, where the majesty with which the performance is delivered is as important as the performance itself, the answer is no. The engine is just a device for doing a job, and I cannot offhand recall when I last drove a Bentley with a powerplant so far removed from the traditional values of the brand.

But this Bentayga is not for those people. Instead, it will be bought by those who love the idea and image of Bentley ownership, care not one whit about what the car’s like to drive, but are drawn also to both the financial benefits of its hybrid system and being able to appear both affluent and environmentally aware all at the same time. And for them the Bentayga Hybrid will likely make a tempting proposition.

For me, a 2.6-tonne SUV is never going to be the last word in ecological good citizenship and, were I in the market for such a car, I’d be only too happy to finance the additional £6400 required to allow me to fall gratefully into the arms of the powerful, sonerous and altogether more Bentley Bentayga V8. 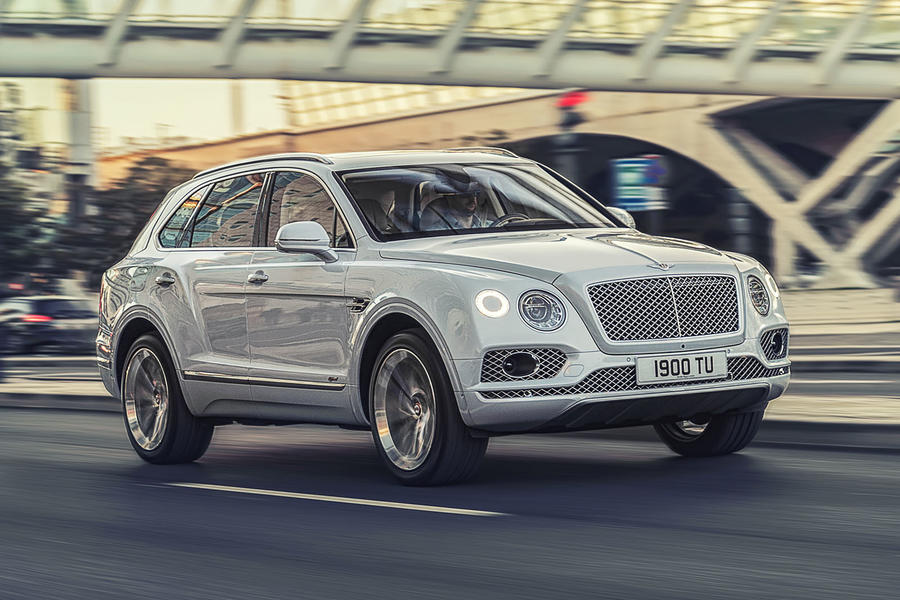 Compared to the RR Cullinan

After seeing a Rolls Royce Cullinan in the flesh yesterday, the Bentayga is an absolute stunner in comparison. The Cullinan, especially in black, looks like a cross between a London taxi and a hearse. It is thoroughly ugly, and no amount of money can justify its hideous looks.

I have had the misfortune of seeing a number of these hideous posh vw,s as there is a footballers country club near where I stay they make a range rover look even more tasteful

An object lesson on just because you can doesn't mean you should !

Cannot charge the battery from the engine?

Does this mean you can only charge it by finding a very tall hill?