When you first drive the Audi RS Q8 down a congested, potholed British high street, you’ll find you need a good imagination.

Why? Because while the five-metre, 2.3-tonne, 592bhp, £100k behemoth currently purring under your backside may feel like an ordinary £67k Audi Q8, it's actually a genuine Nürburgring record-holder – 12sec faster around the famous 16-mile circuit than the Lamborghini Urus and Porsche Cayenne Turbo Coupé that are simultaneously its relatives and its rivals.

The fact that this record-setting machine’s low-speed ride and refinement are so impressive will come almost as a disappointment to some. Same goes for the classy interior and enveloping leather seats: they say luxury rather than huge top-end performance. Few cars demonstrate as starkly as this Audi how sophisticated electronics allow such an unlikely car to be a true, honest-to-god performance flagship.

Such a tall, heavy car really shouldn’t be agile or fast around a circuit. Give it 592bhp at 6000rpm, however, plus eight quick-shifting gear ratios and the kind of low-end torque we’ve come to expect of a twin-turbocharged V8, and it will erupt off the mark – with almost no – to 62mph in just 3.8sec. It can also get to 190mph flat-out (although it's limited in our market to a routine 155mph).

Give this self-same SUV a four-wheel drive system that directs up 80% of its plentiful torque to the rear wheels and you’ll find it has an unexpectedly sophisticated throttle-steering capability. Give it a torque-vectoring rear differential, plus four-wheel steering and the option of a Porsche-Lamborghini-Bentley 48V adaptive roll control system and it will turn in to corners brilliantly and keep gripping and rotating with near-perfect stability no matter how long and fast those corners turn out to be.

The RS Q8’s tyres can set records of their own – for diameter. Our test car, loaded from the standard spec with an extra £30k-worth of options, rolled on 23in alloy wheels wearing 295/35 Pirelli P Zero rubber. Those are big. Yet even so, Audi’s engineers have taken care of the refinement issues: these tyres are described by the company’s dynamics experts as “quiet, comfortable and capable of coping in all weathers”.

Give it adaptive air suspension and it will be comfortable over potholes yet also planted at 120mph. Off-road, it will even award itself an extra 50mm of ground clearance for serious mud-plugging. 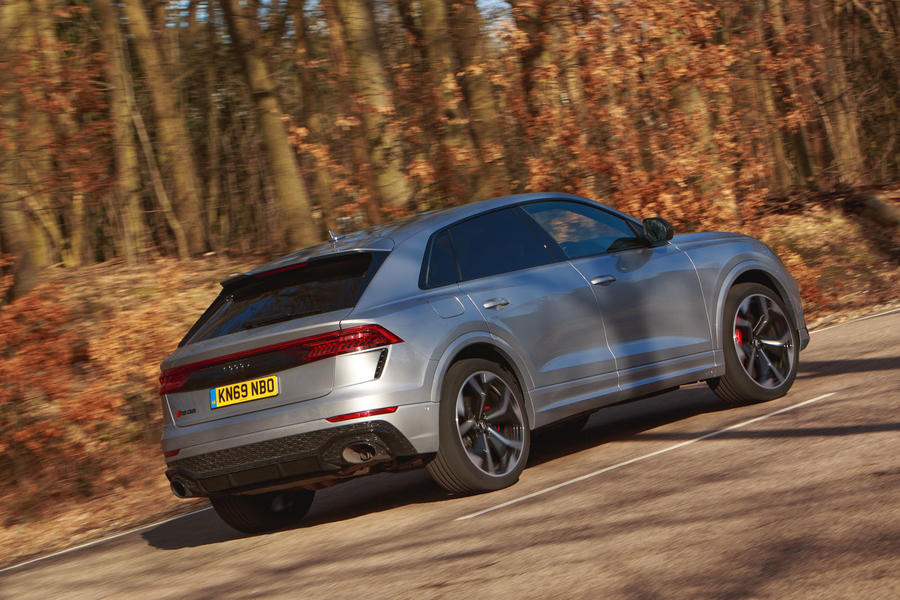 Driving the RS Q8 in typically British conditions is both enjoyable and problematic. Few SUVs have quite this one’s soaring ability to reach motorway speeds down a sliproad as quickly. The engine’s torque almost does it for you; although the power peak is at 6000rpm, it seems almost vulgar to rev this engine beyond 3500 or 4000rpm. Flex your big toe for a few seconds and the job’s done, action accompanied by a deep but muted V8 rumble.

The RS Q8 can cruise at our legal limit (or more often at the country’s democratically decided average cruise of around 80mph) with the tachometer showing less than 2000rpm in its ultra-relaxed eighth gear. I'm not sure how you’d ever wear one of these engines out.

The RS Q8 has a somewhat confusing selection of button-operated driving modes. Pick the sportiest and the engine will rocket you to much higher speeds, but the action isn’t quite instant. There’s a half-second hesitation before it decides to go (and we can’t think of a big-engined rival that doesn’t do the same). This currently is, and will probably remain, one of the biggest differences between a potent traditional car and a quicker-thinking Tesla or Jaguar I-Pace.

The brakes are extremely powerful, which is just as well for such a heavy and potent machine. They impress whether you choose the standard iron discs or the optional carbon-ceramics, although the latter set does have a bit of a “dead” warm-up phase when required to provide only light retardation. For full-house stops, they’re deeply impressive. 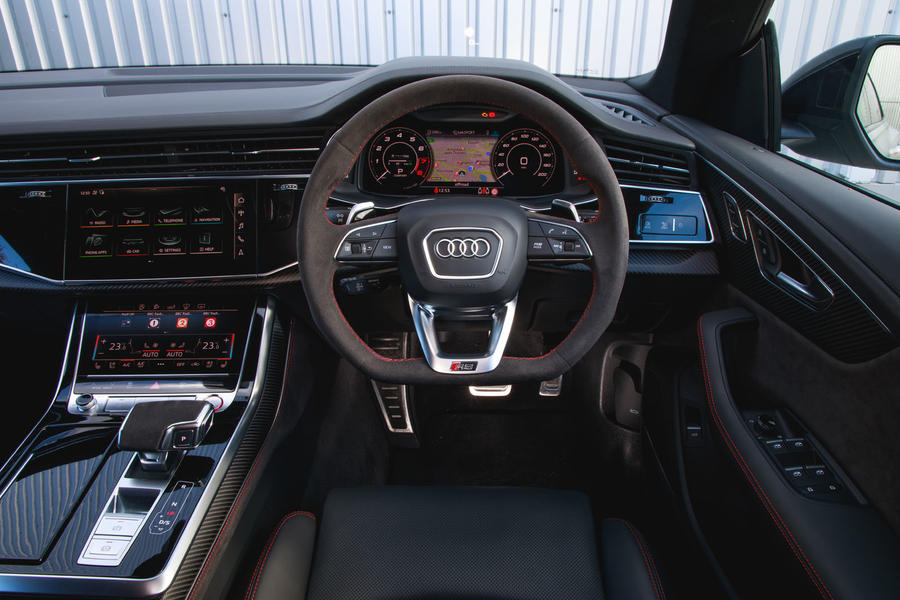 There’s no pretending that the RS Q8 is one of those do-everything SUVs so beloved of modern car buyers for their versatility. It’s too big. Here in overcrowded, speed-restricted Britain, with its narrow streets and mean parking bays, it gets fewer chances than most to demonstrate the extent of its capabilities.

Still, if you want one – and the fact that its price undercuts Bentley, Porsche and Lamborghini provides three decent reasons why you might  – you can rest assured that the RS Q8 will cope beautifully in the UK at all the speeds and in all conditions where it can be given its head. 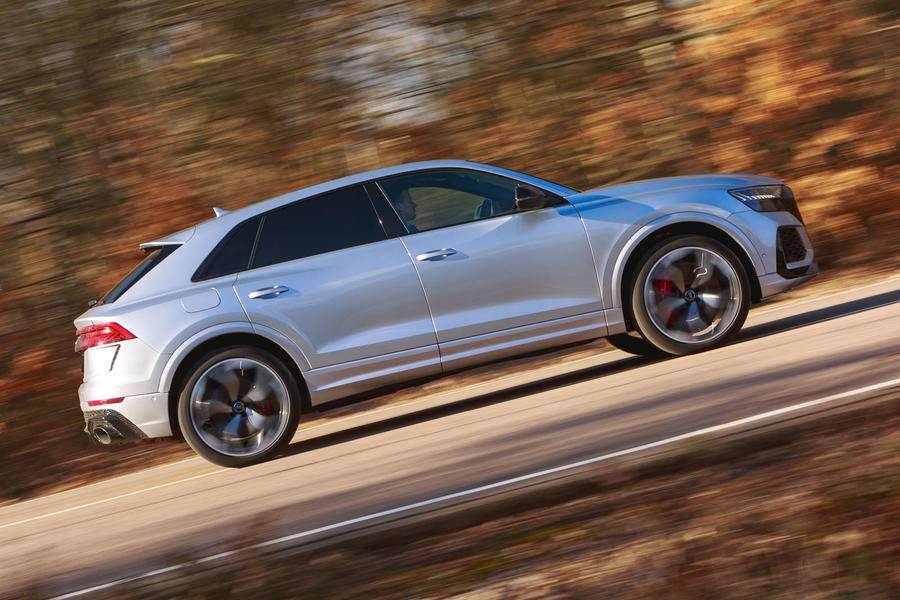 This is tedious. We need a rethink of this transport thing, and soon. Where are the innovators?

Is the laptime a miss print 12 secs I dont believe

I'm with you sachael, seems a little optimistic. The article does'nt quote an actual time unless I am mistaken? Car and Driver reported Audi claiming a 7:42 lap time, URUS 7:47 so not sure where the 12 secs comes from?

They claim 20 mph, so it is probably about 15mpg in the real world. Wow!

They claim 20 mph, so it is probably about 15mpg in the real world. Wow!