Back in 2007, SUVs in our major cities were being stickered with fake parking fines, courtesy of eco-campaigners trying to highlight how much damage they were doing to the environment. Then the SUV boom began and the campaign quietly fizzled out.

Maybe they simply couldn’t print enough stickers once the vast majority of the population were driving SUVs. Or maybe it’s because of cars like this new plug-in hybrid Audi Q7, which arrives with the sense that it has to be slightly more eco-friendly as we all become ever more aware of needing to do our bit.

The theory is all there, courtesy of a 3.0-litre V6 turbo petrol engine and an AC synchronous electric motor, which is integrated in the eight-speed automatic gearbox’s housing. Zero- emissions range is quoted as 27.3- 29.8 miles, and we managed 23 miles from a full charge on a hot day with the air conditioning blowing hard.

A large part of that heft is down to the 17.4kWh lithium ion battery pack mounted under the boot floor; indeed, the diesel V6-powered Q7 weighs nearly 300kg less.

To be fair, though, the BMW X5 xDrive45e and Mercedes-Benz GLE 350de are both similarly weighty. Where those rival PHEVs do steal a march on the Q7 55 TFSIe, though, is in their much lower company car tax ratings: 7% and 6% against 17%.

Elsewhere, this PHEV is very much standard Q7. The boot is smaller than usual, due to the battery (650 versus 865 litres), but the fit and finish are as clichéd and wonderful as ever. 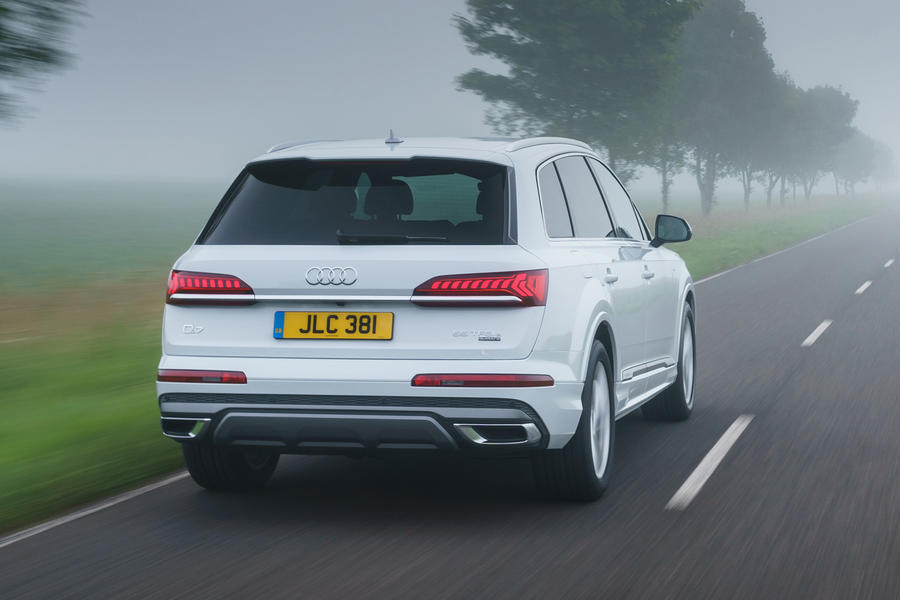 The PHEV gets the same dual- touchscreen dashboard layout as conventional Q7s, only it also presents a couple of hybrid drive options: Auto and Hold. Auto works out the best propulsion method to get you where you’re going as efficiently as possible, while Hold keeps the battery as charged as possible using energy recuperation during braking.

The integration of the two power sources is seamless. The car starts in EV mode, switching to Hybrid when either you need the extra oomph or the battery is flat. It’s barely noticeable when the engine kicks in, courtesy of it being so smooth, and the way the electric motor fills in any torque gaps is impressive.

Even with just the electric motor powering it, the Q7 is perfectly capable of mooching along a back road. You will want the engine to help for pulling onto a motorway, but the motor can cope with gentle acceleration demands.

It’s only occasionally caught out, when energy is being harvested as you’re braking. As you transition from brake to accelerator, the car doesn’t coast as you would expect, so the balance is upset while it works out that you actually want to be back on the throttle. But this flaw is barely noticeable, and it afflicts a lot of other electrified set-ups as well.

A bigger foible is with the weight. As we’ve said above, this is a heavy car, and it doesn’t disguise that bulk as well as the X5. As it transitions through corners, you can feel the mass trying to catch up with you. What’s more, the 21in wheels on this Black Edition model thud over sharper bumps. The suspension isn’t as well isolated as the rest of the polished, largely relaxing driving experience has you expecting. 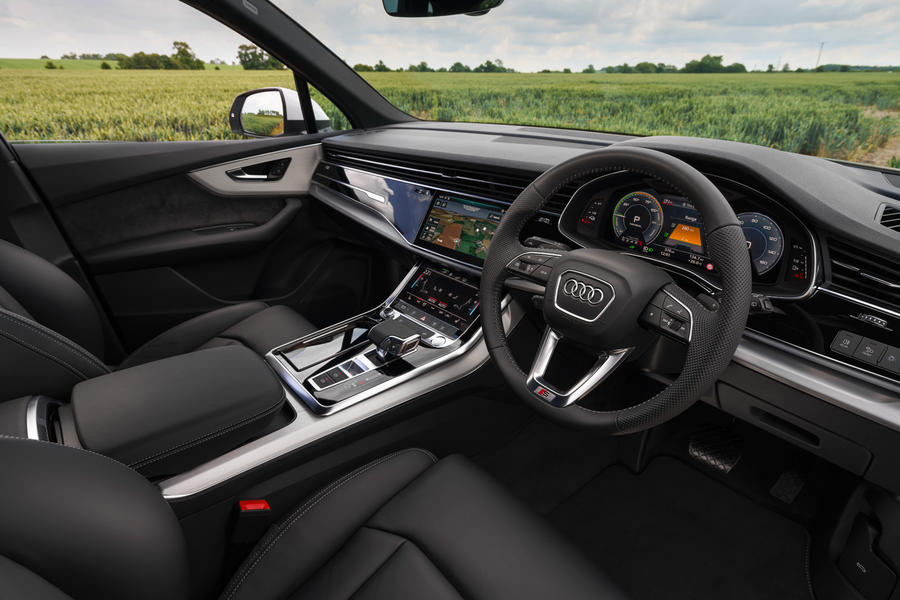 As ever with a PHEV, the key to the Q7 55 TFSIe is in how often you can plug it in. If you have no charger at home or at work, the electric element just becomes a glorified paperweight.

But even if you do have a charging facility in either of those locations, the X5 xDrive45e will make better use of it, with its bigger battery giving it greater flexibility. So if you’re going to run a PHEV SUV (especially if you’re a company car driver), that BMW makes both more emotional and economic sense than this Audi. 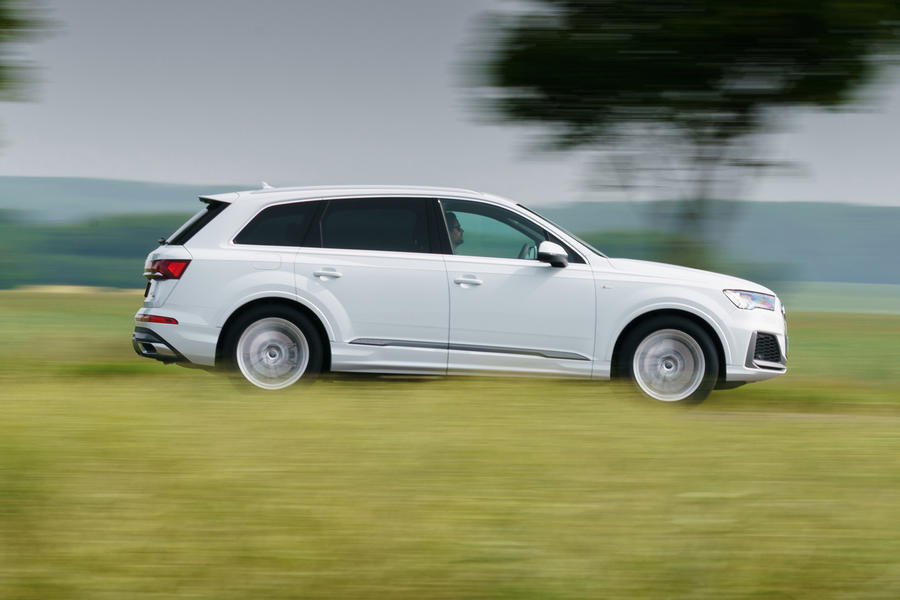 This is why the Genesis GV80 is already a dated SUV. Plug-in hybrid power -even in this mediocre SUV- is the way forward. You're better off in the competition, although, it seems VW can't get the BiK low enough...

It's a shame they have dropped the diesel/electric Q7 eTron.  A genuinely decent car to drive; properly economical and environmentally sound as well if used correctly.  Sadly diesel power has now acquired a largely undeserved reputation, when it is far better in this application than petrol.

I really detest the refresh Q5/Q7 grille and headlight designs. They took a huge step in the wrong direction. Those vertical chrome strips just look so stupid and the new DRL design when activated looks like cheap basic LEDs until you get right on top of them snd realize they have a super tiny design to them. The old Audi (and VW) DRL designs were much better.