BACK TO ALL NEWS
Currently reading: Updated Kia Rio supermini priced from £13,995
UP NEXT
How Max Chilton and the McMurtry Speirling conquered Goodwood

Supermini gains efficiency-boosting mild hybrid tech at the top of the line-up, alongside style and interior updates
Open gallery
Close

Pricing has been announced for the upgraded Kia Rio supermini, which is available to order from today and can be specified with Kia 's first mild-hybrid petrol powertrain.

The mild-hybrid engine is also available in range-topping GT-Line S trim with the choice of a six-speed manual or seven-speed automatic gearbox, priced at £19,895 and £20,895 respectively.

The new powertrain, which is the key upgrade alongside the design changes, pairs Kia's ‘Smartstream’ 1.0-litre T-GDi turbocharged petrol engine with a 48V electrical system.

These enable the Rio to offer electric torque assistance and regenerative braking, maximising fuel efficiency and offering up to 52.3mpg on the WLTP cycle, depending on specification. So equipped, the Rio will accelerate from 0-60mph in 9.8 seconds with a manual gearbox, and emit between 122 and 126g/km of CO2.

Further setting the Rio apart is the introduction of Kia’s Continuously Variable Valve Duration (CVVD) technology, which enables the engine to switch between different combustion cycles depending on load to maximise efficiency, and a new clutch-by-wire intelligent manual transmission.

This latter innovation means there's no mechanical connection between the gearstick and gearbox and clutch - believed to be a market first. It's said to contribute to the mild-hybrid powertrain's greater fuel efficiency while maintaining the driver engagement of a conventional manual gearbox.

Peak power, however, is unaltered, with the Smartstream engine producing the same 98bhp or 118bhp as the unit it replaces. 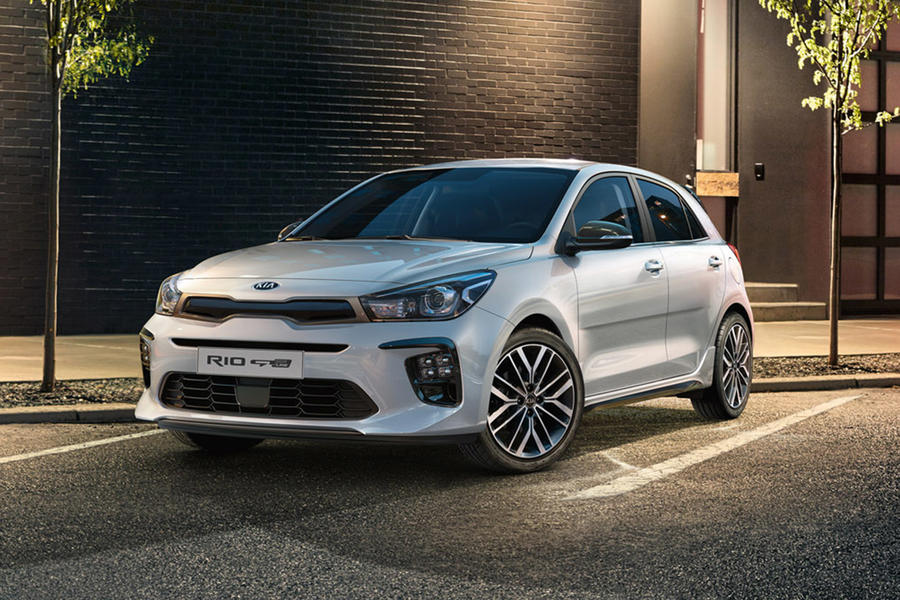 The Rio’s upgrade continues inside, where an enlarged 8.0in touchscreen infotainment system leads the improvements.

New safety kit also features, including Lane Following Assist, which uses camera and radar sensors to maintain a safe distance from the car in front while monitoring road markings to keep the car in the centre of its lane.

On the outside, the Rio receives several styling updates. The front grille is now narrower and the front bumper lower and wider, while new full-LED headlights have been added.

Two new paint colours are introduced with the upgraded Rio, bringing the number of options to nine, depending on specification and market. The upgraded car is also offered with a new eight-spoke 16in alloy wheel design.

Way back in May

My comments, so expertly dissected above, were intended to indicate the march of Hyundai/Kia over the last few years and perhaps it is true that in that little backwater of Europe the traditional brands are automatically regarded as superior. That's a cross you'll have to bear (bare?)

Look, I don't own one of these, have no connection with the company and get that they're not perfect. One aspect would currently stop me buying is the all black interiors: nuts in a warmish country. And a warming world...

I take it there's no 3 door