BACK TO ALL NEWS
Currently reading: Rolls-Royce to make 'historic' EV announcement tomorrow
UP NEXT
Toyota bZ4X deliveries still on hold after wheel detachment concerns

Rolls-Royce will make a "historic announcement" detailing its electrified future tomorrow (29 September), likely giving clues to its first electric car, which it has promised to launch before 2030.

It will be the first high-profile electrification announcement from the British luxury car brand since CEO Torsten Müller-Ötvös confirmed that it will go straight from pure-combustion to battery-electric powertrains rather than launch plug-in hybrids in the interim.

Rolls-Royce's first EV will be the first car it has launched without a V12 petrol engine since it stopped using V8s in 2003.

Precise details remain under wraps, but the firm has drawn parallels between the characteristics of EV powertrains and its traditional emphasis on the smooth, silent running of its cars.

It even goes so far to suggest that had early EV systems not been so limited in terms of range and usability, co-founder Sir Henry Royce "might have chosen electric power alone for his motor cars".

Royce himself was heavily involved in the development of early automotive electrical systems before establishing Rolls-Royce, supplying dynamos, motors and winches to various parties.

His business partner Charles Rolls, meanwhile, owned an electric car as early as 1898 – a Columbia Electric Carriage – and suggested that such vehicles "should become very useful when fixed charging stations can be arranged".

Rolls-Royce said that it has been researching and developing electric powertrains since 2011, when it revealed a one-off electric version of the Phantom, which featured two motors on the rear axle producing 389bhp and 590lb ft and a 71kWh battery providing 120 miles of range. 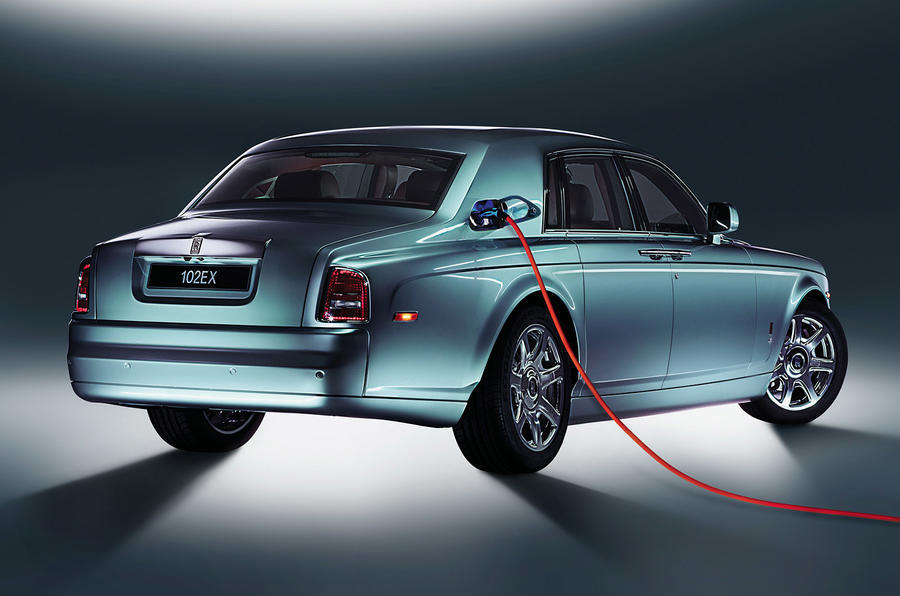 Five years later, Rolls-Royce revealed the radical 103EX concept, powered by a "proprietary" electric drivetrain and based on an "advanced lightweight platform".

The company is now promising the next chapter in its transition to a maker of EVs, and it is expected that the announcement will concern a production-specification electric car, rather than an experimental one-off, given that the first Rolls-Royce EV is due in a matter of years.

It remains unclear how dependent Rolls-Royce will be on EV components supplied by parent company BMW, which has recently launched the iX as its new flagship EV and is gearing up to reveal the i7 as an electric version of its next-generation 7 Series limousine.

To make me notice Rolls Royce cars they need to do a "FAB 1" ( lady Penelope's RR in Thunderbirds), not like the one from the Film maybe, but something along those lines with EV power.

So, something will happen tomorrow. Pointless.